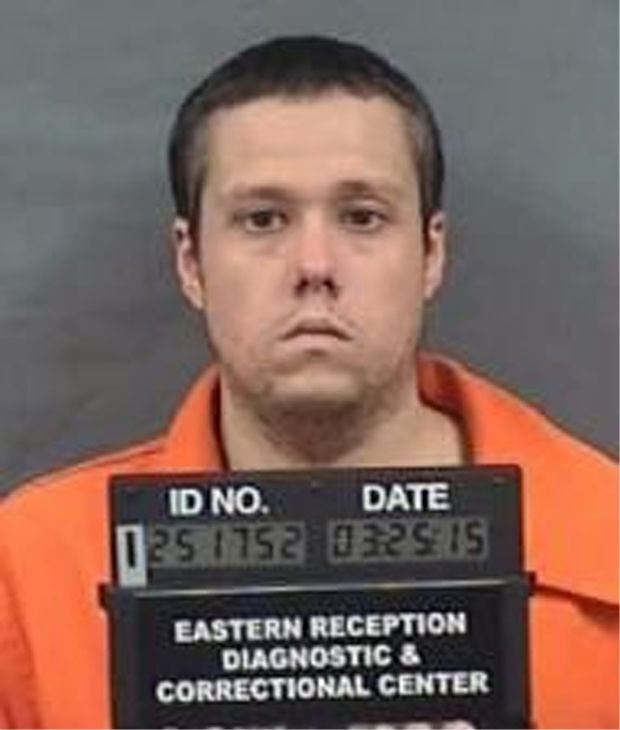 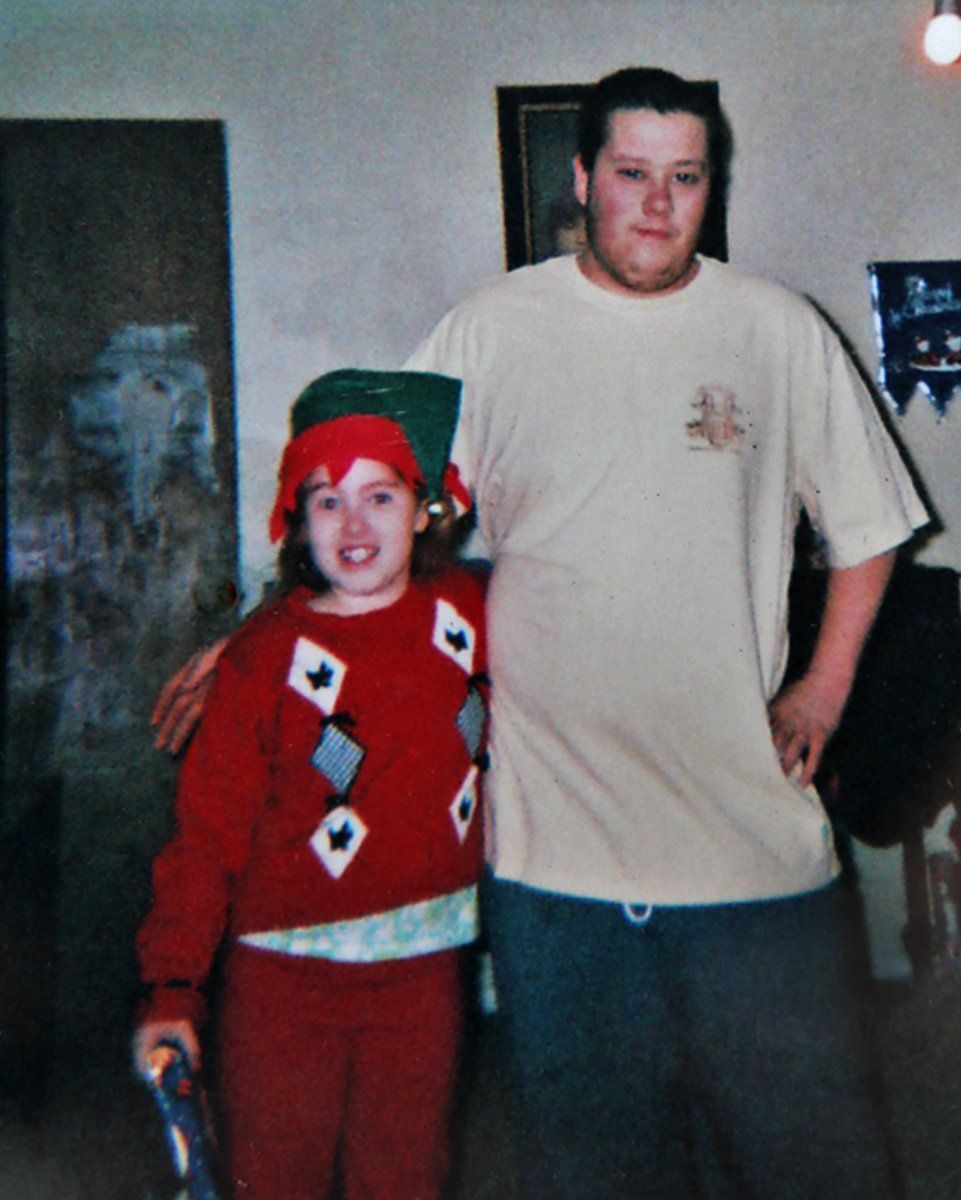 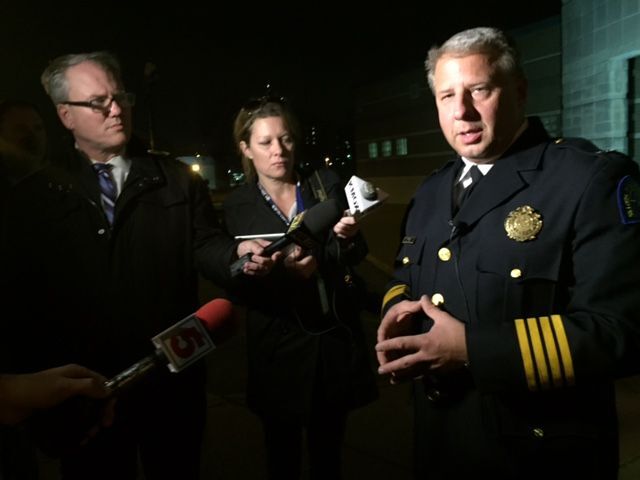 St. Louis Police Chief Sam Dotson addresses the media on Tuesday, Dec. 8, 2015, about the death of a man who died in police custody at the central patrol division. The man had made a noose out of his sweatpants and put it around his neck, Dotson said. Officers removed it but the man died after a struggle with the officers. Photo by Valerie Schremp Hahn of the Post-Dispatch

The medical examiner says the 27-year-old’s injuries are consistent with the police description of a stationhouse scuffle to thwart a suicide attempt.

Both must draw their conclusions in the absence of surveillance video. Cameras at the three area stations provide live monitoring but no recording.

The incident made recording equipment a top priority for Chief Sam Dotson. He said Wednesday that $150,000 to upgrade video surveillance at each station, including extensive exterior monitoring, had been included in a bond issue proposal the voters turned down this year.

He said he has asked his staff to outline a plan by Tuesday to install more limited video surveillance inside prisoner holding areas.

“It comes down to priorities,” Dotson said, noting that he also is working to hire more officers, increase salaries and equip sergeants with body cameras.

Mayor Francis Slay’s spokeswoman, Maggie Crane, said Wednesday that the office was working on the chief’s request, and would provide more information after determining the cost and a timeline.

Lombardo said she and family members were shocked when they saw Gilbert’s body at the morgue after he died Tuesday night.

“He’s black and blue and swollen all over,” she told a reporter Wednesday. “It just blew our mind when they pulled the curtain back. I wanted them to pull the sheet further down because we wanted to see his full body. They killed our kid. My husband went nuts. We knew immediately that this was no head injury or wrestling around — no, they beat him.”

Upon reading Lombardo’s comments in on stltoday.com, Dotson said, he went to the morgue to view Gilbert’s body.

“I saw injuries that were consistent with a struggle,” he said.

Lombardo said it is “totally unbelievable” that the police do not have cameras recording inside stations.

“I feel with them not having video cameras that covers their butt, that gives them the OK just in case something bad goes on, they can choose what to do because it’s not going to be on camera,” she said. “After all, prisoners are at their mercy.”

Dr. Jane Turner, an assistant medical examiner who performed the autopsy, said Gilbert’s injuries were “consistent with a struggle” but not a beating, and they were not fatal. She said he suffered from coronary artery disease which is a “possible” cause of death, but she cannot be certain until after results of toxicology tests, the examination of microscopic slides as well as police reports of the incident.

She characterized his injuries as bruises to Gilbert’s chest and a fractured sternum, the result of chest compressions from CPR by officers. She said he had a laceration above his eye and there was bruising to his face.

“I understand the family’s concerns, and that’s why we’re investigating this death as best we can,” Turner said. “At this point, we don’t know the cause of death and we have to do a thorough investigation and need the police reports in addition to getting toxicology results and slides.”

Dotson told reporters at a news conference hours after the incident Tuesday night that Gilbert died after hitting his head in a struggle with officers who tried to prevent him from hanging himself in a holdover cell.

Lombardo insisted that her son was not suicidal because he had just met a new girlfriend, but that he might have talked back to officers if he felt as if he was being treated unfairly.

Dotson said Gilbert had been arrested Tuesday afternoon for trespassing in a vacant building in the 3200 block of Missouri Avenue, and was being held at the Central Patrol Division headquarters on Jefferson Avenue.

The chief said that about 6:30 p.m., a clerk at the station alerted officers after seeing the man taking off his sweatpants and turning them into a noose, which the man tied to the bars of the holdover cell.

Three officers rushed into the cell, Dotson said, and tried to subdue the man with handcuffs and leg restraints. As many as six to eight officers were part of the struggle. The man resisted the officers and at one point hit his head on the concrete bench in the 7-by-9 foot cell, the chief said.

As the struggle stopped, the officers noticed the man was having trouble breathing and that his pulse had stopped, Dotson said. The officers administered CPR and used a defibrillator.

Emergency workers were called as soon as the incident began. They took over and transported the man to a hospital, where he was pronounced dead.

Gilbert grew up in the Bevo Mill area of south St. Louis and struggled with a methamphetamine addiction “for years,” Lombardo said.

Court records from a drug-related case in 2012 show Gilbert’s address as the 6800 block of Magnolia Avenue, but police believe he was most recently homeless. His mother said he often stayed with his parents, but that she would kick him out whenever he would relapse in drug use.

“He had a family and he was loved,” she said.

Gilbert pleaded guilty to drug charges in 2013 involving marijuana and methamphetamine possession. He was sentenced to five years of probation, which required him to maintain full-time employment, participate in all job training or vocational programs as directed by his parole officer and submit to random testing of blood and breath for alcohol.

He was four months away from completing that probation, and had been working as a carpet installer, Lombardo said. She said she recently got a letter from his probation officer instructing him to “step up” the number of addiction treatment meetings he attended.

“My daughter kept saying, ‘He would have gotten better, but they killed him,’” Lombardo said.

This was the second time that violence against her family left Lombardo’s family wishing for video evidence of what occurred. Barely a week ago, she marked the first anniversary of her mother’s murder at a popular police hangout called Pooh’s Corner, at 6023 Virginia Avenue.

Her mother, Diana Lawrence, 63, was fatally shot in the back of her head Dec. 3, 2014, as three men tried to rob the bar at gunpoint. Police said one of the gunmen fired into the ceiling as they came in, and ordered everyone to the floor. One ran toward a former police officer and shot him in the thigh. The former officer fired back, hitting two of the robbers. They were charged in the crime.

The bar had a history of violent encounters, and Lombardo believes it should have installed security video equipment that might have deterred the robbers or forewarned the patrons.

Gilbert is survived by his father, Brian Gilbert, and sister, Emily, 16. The family is seeking donations to cover funeral expenses at https://www.gofundme.com/yee9cpnc.

“I told my daughter, he is with ‘maw-maw’ now,” Lombardo said.

The case will be studied by the police department’s Force Investigation Unit, which was set up last year to look at all deaths involving officers, Dotson said.

By policy, fatal shootings by police also are reviewed by Circuit Attorney Jennifer Joyce’s office. Dotson said that may also occur in nonshooting cases, if warranted by autopsy findings.

Authorities have not yet identified the 39-year-old St. Louis man.

Man who tried to hang himself in St. Louis holdover cell dies after struggle with police

Police had removed a noose the man had made and put around his neck and then struggled with officers, St. Louis police chief says

The former St. Louis officer served the department for eight years in the 1970s.

St. Louis Police Chief Sam Dotson addresses the media on Tuesday, Dec. 8, 2015, about the death of a man who died in police custody at the central patrol division. The man had made a noose out of his sweatpants and put it around his neck, Dotson said. Officers removed it but the man died after a struggle with the officers. Photo by Valerie Schremp Hahn of the Post-Dispatch 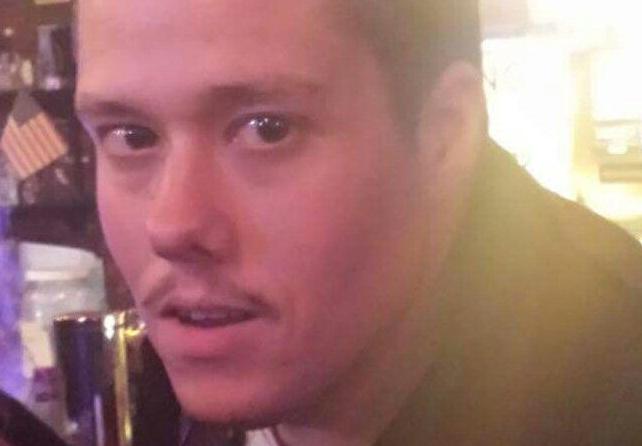 Nicholas B. Gilbert, who died in a St. Louis police holding cell on Dec. 8, 2015. This photo was taken of Gilbert during a vigil in December 2014 for his grandmother who was murdered during a robbery at Pooh's Corner.