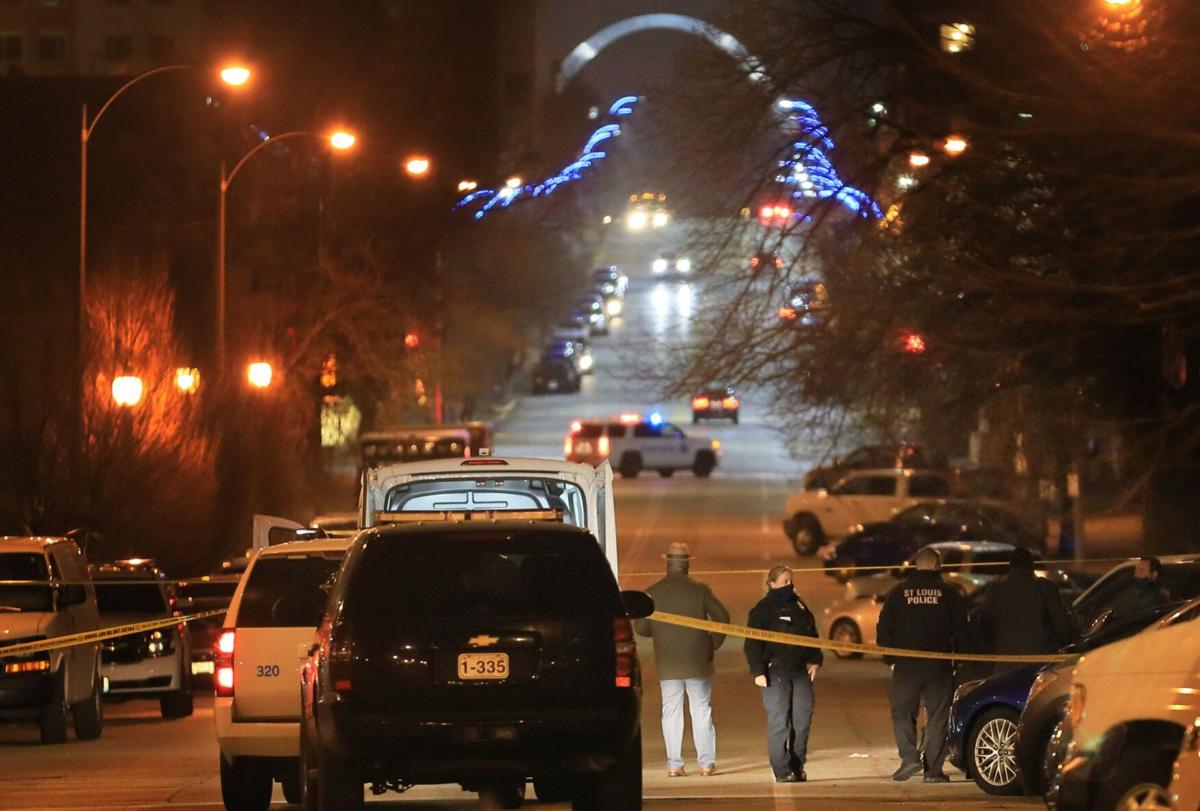 Police investigate the scene of a double homicide in the 4000 block of Laclede Avenue in St. Louis on Sunday, Jan. 24, 2021. Photo by David Carson, dcarson@post-dispatch.com 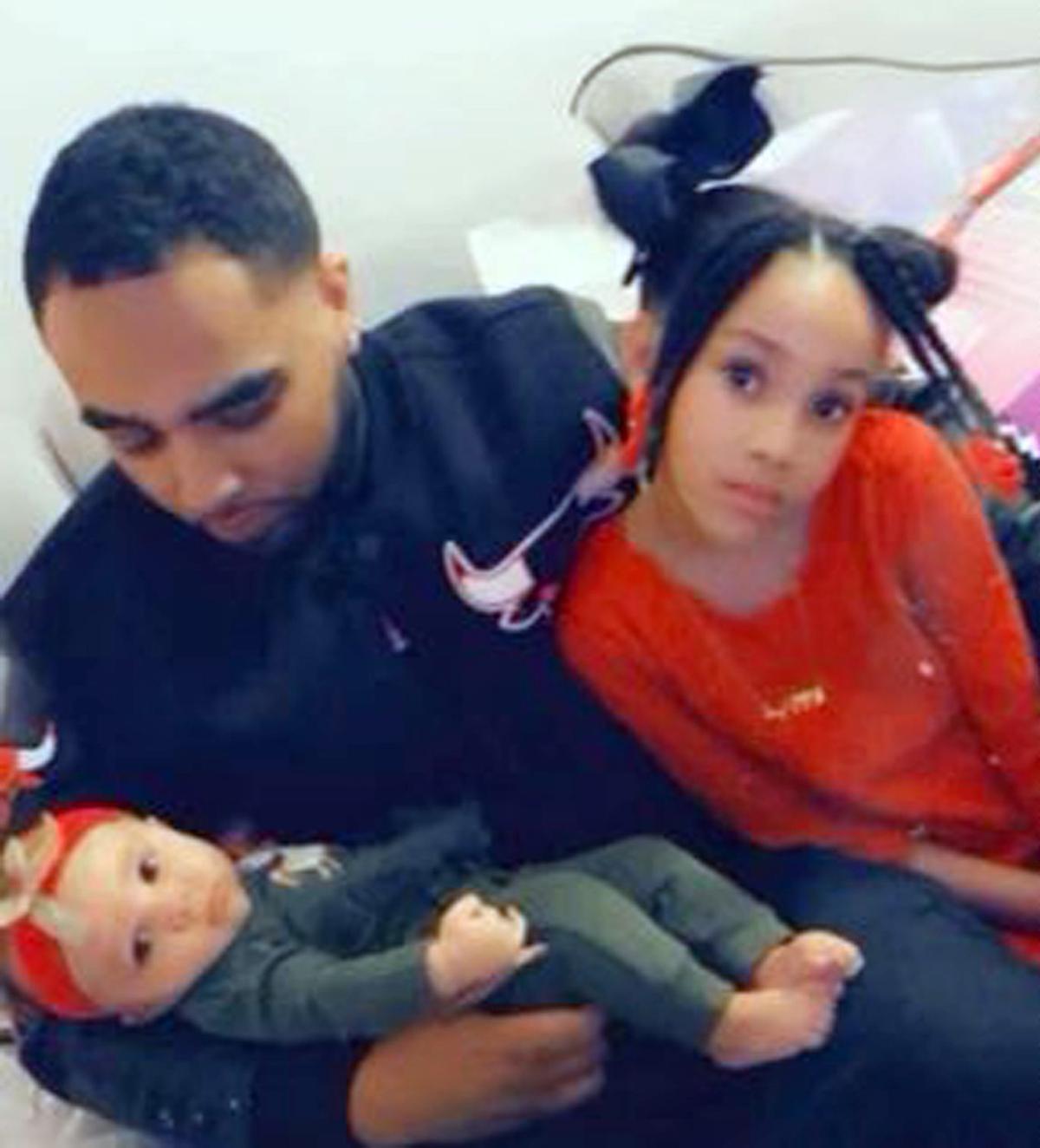 ST. LOUIS — Prosecutors on Thursday filed murder charges against a Jennings man in the January killing of a 7-year-old girl and her father in the Central West End of St. Louis.

Javonn Nettles, 28, was charged with two counts of first-degree murder and two counts of armed criminal action. He was being held without bail. Nettles lives in the 8800 block of Cherrywood Lane in Jennings.

Police haven’t provided a motive in the killing or said what connection Nettles had to his two victims.

The 7-year-old girl, Dmyah Fleming, was fatally shot about 8 p.m. on Jan. 24 along with her father, Darrion Rankin-Fleming, in the Central West End. They were sitting in a parked car in the 4000 block of Laclede Avenue when a gunman approached and shot them both, police said.

Charging documents say a search warrant for Rankin-Fleming’s phone revealed calls between him and Nettles “continued up until moments before the shooting including a message from Nettles indicating he was looking for Ranken-Fleming.

“There are no communications from the defendant to the victim after the time of the murder,” Officer Jeffrey Stege wrote in a probable cause statement.

Nettles denied seeing Rankin-Fleming the night of the killing, charges say. His fingerprint was found on the rear passenger door of Rankin-Fleming’s vehicle.

Dmyah’s great-aunt was relieved to hear police had arrested someone, some 10 weeks after the killings.

“We’ve been praying for this for a long time,” Selena Johns told the Post-Dispatch on Thursday. “We knew God was going to step in because that was a baby.”

Johns said the family lights candles in remembrance of Dmyah and her father at the crime scene every Sunday night. They also visit the girl’s grave every Sunday.

“Her losing her life, a girl 7 years old, it was so heartless,” Johns said.

“Drugs played no part in this,” she said. “I think it was somebody who just knew him and tried to rob him.”

The family believes the gunman shot Rankin-Fleming first, then killed Dmyah to leave no witnesses.

A reward of up to $30,000 had been offered for information leading to an arrest in the killings. It wasn’t immediately clear if the arrest was the result of a tip.

Nettles has convictions in St. Louis for robbery, armed criminal action and resisting arrest. He has a pending 2019 felony case of delivery of a controlled substance. He was scheduled to plead guilty in the case but failed to show up in court on March 29; the judge issued a warrant for his arrest.

In 2013, Nettles pleaded guilty to charges of carjacking a woman at gunpoint in the 1400 block of Hodiamont Avenue, then fleeing police and crashing the woman’s car in 2011. Nettles was caught hiding in bushes near the scene and police found two handguns in the crashed car. Judge Margaret Neill, now retired, sentenced Nettles to 15 years in prison but suspended the sentence and put him on probation.

Nettles also was charged with second-degree murder and other offenses after police shot and killed the driver of a stolen car Nettles was riding in on Jan. 9, 2017. The Circuit Attorney’s Office, however, later dismissed those charges after a grand jury found insufficient evidence.

The felony murder case was based on Nettles’ alleged involvement in a car theft when his accomplice was killed.

Court records have said that Nettles lives on Maffitt Avenue in St. Louis, but police on Thursday said his current address is in Jennings.

Dmyah is among at least eight juvenile homicide victims in the city this year. The victims on that list are 17 or younger.

Caion Greene, 9, was shot to death when gunmen opened fire on his family’s vehicle in the LaSalle Park neighborhood on March 7.

Journee Hemphill, 8, and her 1-year-old sister, Jakari Hemphill, were fatally shot, along with their mom, in their Dutchtown home Feb. 4.

Teshawn Ford, 15, was shot to death when he went to a convenience store to exchange guns in the Greater Ville neighborhood Feb. 13.

Christa Medcalf, 17, died in a fiery crash after the vehicle’s driver was shot several times near Fairground Park on Feb. 20.

Paris Lee Jr., 17, was fatally shot in the Dutchtown neighborhood on Jan. 15.

Seventeen of the 262 homicide victims in St. Louis last year were 17 or younger.

In 2019 and the four prior years, the St. Louis Police Department’s statistics grouped juvenile victims as those 16 years old and younger.

Children injured or killed by gunfire in the St. Louis area in 2021

Coverage of children injured or killed in gunfire in the St. Louis area in 2021.

April 10: 4-year-old shot by another child in Carr Square

The 4-year-old girl was accidentally shot and injured while playing with two other children, according to a police report.

The rolling gun battle erupted just after 12 p.m. near the intersection of Forest Park Parkway and DeBaliviere Avenue, police said, and ended …

Damaurion Williams, of the 3200 block of North Taylor Avenue in St. Louis, was pronounced dead at a hospital.

The toddler was playing inside an inflatable bounce house with a man and a woman, both 23, when the shooting occurred. The toddler suffered a …

Both victims were conscious and breathing after being shot about 2:45 a.m. in the 5200 block of Gilmore Avenue.

Festus police Chief Tim Lewis said a bullet struck two fingers on the boy about 12:10 a.m. in the 100 block of Lilac Drive.

The boy wasn't cooperating with investigators, officers said. He was shot outside an auto parts store.

Kathon Moore was shot about 5:20 p.m. in the 1100 block of Hodiamont Avenue. Police found him on the ground, and he was pronounced dead there.

Caion Greene, 9, was with family in their car in the 900 block of LaSalle Park Court, running an errand, when shots were fired at the car. Dar…

The 17-year-old boy told police he was walking on Natural Bridge Avenue when he heard a gunshot and then felt pain in his leg.

Police said the girl is about 10 years old. She was walking with another person along Earl Drive when she was hit by gunfire. Avantay T. Willi…

A 17-year-old boy was killed and an 18-year-old injured; police said the two forced their way into a home. The shooting was ruled justified; n…

The victim was identified by police Wednesday as Christa Medcalf, 17, of the 2000 block of Stillwater Drive in Hanley Hills. The car's driver …

Feb. 13: 15-year-old shot and killed in the Greater Ville

A teenager fatally shot Teshawn Ford, 15, when they met to exchange guns in the parking lot of a convenience store, police said in court recor…

The incident took place at a home in the 12000 block of Garden Lane in Spanish Lake.

The children, Journee, 8, and Jakari, 1, were killed with their mother Kanisha Hemphill, 30, in a home in the 4100 block of South Grand Boulev…

Dmyah Fleming, 7, was killed with her father in the 4000 block of Laclede Avenue. Javonn Nettles, 28, was charged in April in connection with …

Police are handling the deaths of Kanisha "Kani" Richardson and her daughter Ava as a murder-suicide. The two were found dead in a parked vehi…

Paris Lee Jr. was fatally shot in the torso before 4 p.m. in the 3900 block of Minnesota Avenue.

The victim was found at a hospital after being shot in the 1700 block of El Sabado Drive. Two juveniles were arrested.

A 13-year-old was apparently accidentally shot in the finger while in an alley in the 5700 block of Floy Avenue.

Video: Double homicide in the 4000 block of Laclede Avenue

Major Shawn Dace briefs the media on a double homicide involving a man and a girl in the 4000 block of Laclede Avenue on Sunday, January 24, 2021.

The victims are 17 years old or younger.

Police investigate the scene of a double homicide in the 4000 block of Laclede Avenue in St. Louis on Sunday, Jan. 24, 2021. Photo by David Carson, dcarson@post-dispatch.com 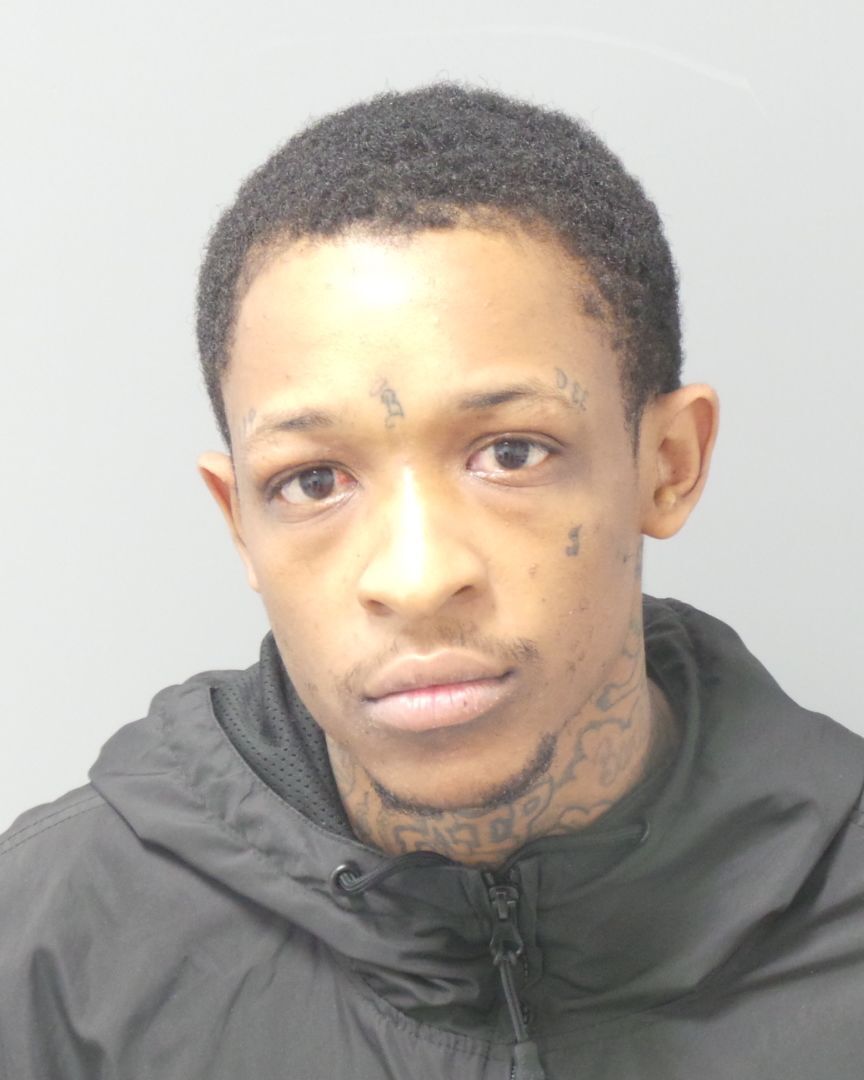 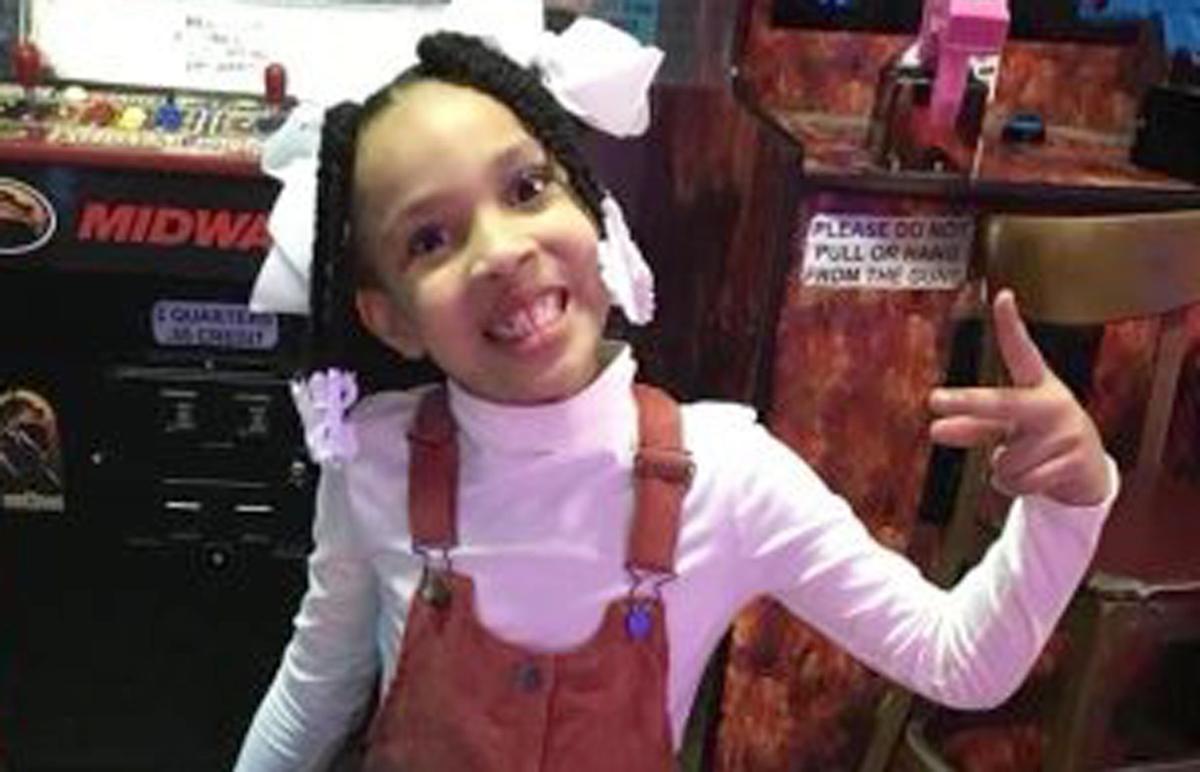