ST. LOUIS — The 10th reported positive COVID-19 case among staff at the St. Louis Circuit Court buildings has pulled the 22nd Circuit back to its first phase of reopening as mandated by the Missouri Supreme Court.

The latest case was reported Friday, officials say. That means the circuit, which employs about 650 people, must have no positive cases before Aug. 21 to return to the second phase, where the court has been for much of July. Previous positive cases already have postponed target dates for reopening.

The St. Louis County Circuit Court announced last week that it would remain in "phase zero" after several positive cases among courthouse staff, including the July 30 death of Sheriff's Deputy Reginald Gladney, 56, of Florissant.

Hope Whitehead, St. Louis County's judicial administrator, said in an email to court staff that Gladney worked in civil process for 11 years and was known at the courthouse for his collection of cowboy hats that'd he'd wear to work.

"He had an enormous smile and an easy laugh that he shared with everyone in the courthouse," Whitehead said. "For those whose business here was stressful, even heartbreaking, that smile and laughter had healing powers."

St. Louis County Circuit Court must have two weeks clear of a positive case before it can return to the first phase of reopening.

Circuit courts statewide are under Missouri Supreme Court orders establishing guidelines with certain benchmarks for resuming court functions. St. Louis and St. Louis County courts have been conducting some hearings remotely by phone or video conference. The courts have remained accessible for those seeking orders of protection and to file civil actions. 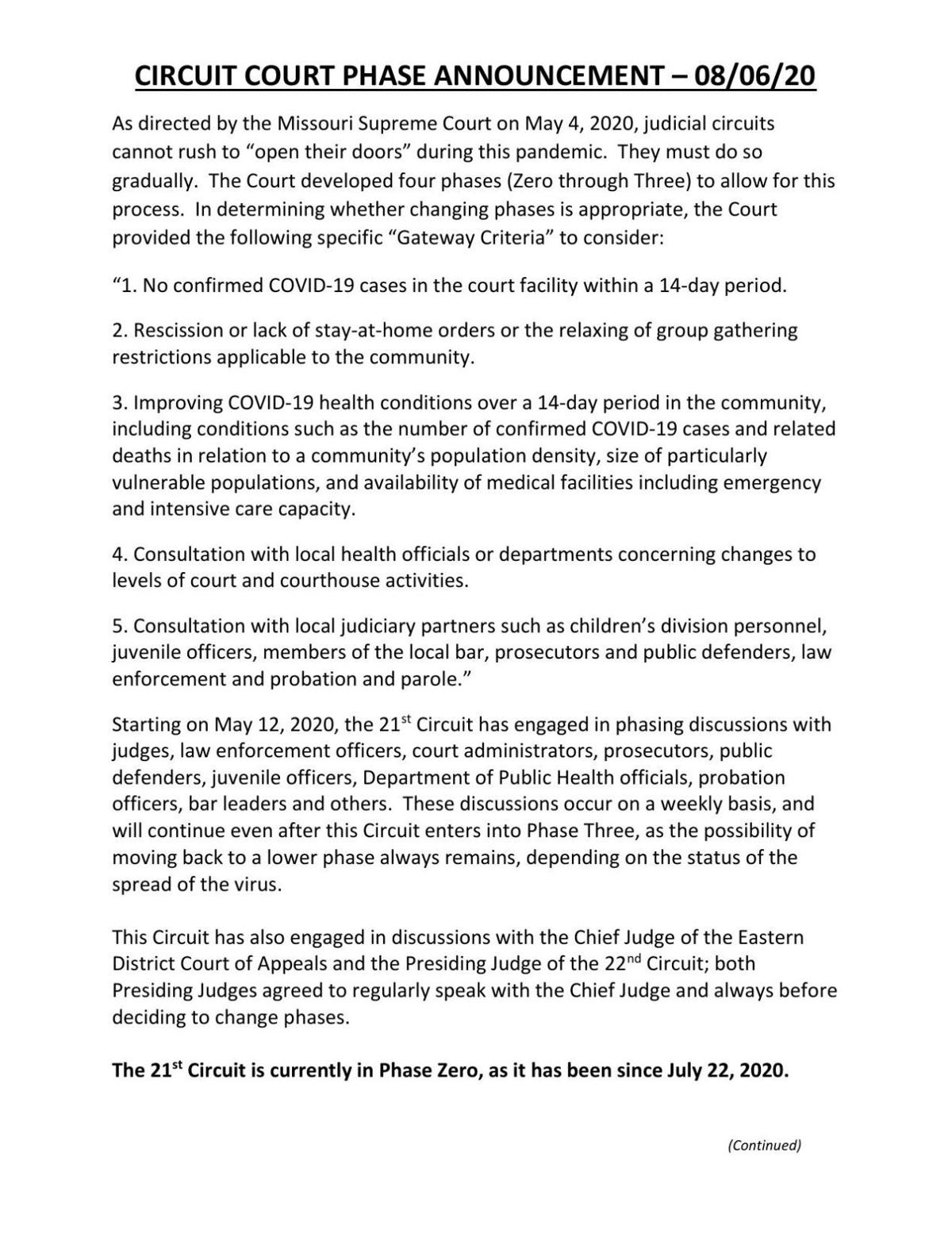