In January 2016, someone from the Jerseyville public school district called child protective services concerned that Michael and Georgena Roberts didn’t have enough food in their home.

Investigators concluded the couple’s then 5-year-old son Liam had a medical condition that caused weight loss.

Soon after, the Robertses opted to home-school him and two of his siblings.

Early last month, Michael Roberts brought the body of 6-year-old Liam to a hospital. The boy weighed 17 pounds. His 7-year-old brother was hospitalized for severe malnutrition.

His father and stepmother are now charged with murder and child abuse. Liam’s siblings are living with relatives.

It was at least the third case this year involving the long-term abuse and death of a child who had been home-schooled in Illinois or Missouri.

When such shocking cases come to light, people wonder how no one saw the warning signs.

But states such as Missouri and Illinois have made it easy for families to hide in the unregulated world of home schooling.

Parents in Missouri, Illinois and nine other states are not required even to notify their local school district if they are home-schooling their children.

In June, the decomposed remains of Alysha Quate, 6, were found inside a plastic storage bin hidden in an abandoned garage in Centreville. Police found Alysha’s 12- and 13-year-old sisters malnourished, pale and abused at a Las Vegas apartment. Their father claimed to be home-schooling them.

In August, cadaver dogs discovered the remains of 16-year-old Savannah Leckie in a burn pile at her mother’s farm in Ozark County. Her mother has been charged with her murder. Police say she killed Savannah in mid-July and used a meat grinder and lye from her soap-making business to dispose of her remains. Rebecca Ruud told authorities she had home-schooled her daughter.

The Coalition for Responsible Home Education, a nonprofit founded by home-schooled alumni, says basic requirements, such as reviewing any child protective service inquiries before families can educate their children behind closed doors, could make a difference.

“The freedom of parents to raise their children as they see fit is one of most important fundamental rights we have in this country, and that right has been under attack in the past couple decades,” said senior counsel Michael Woodruff. “One aspect of a parent’s rights is the right to decide how their child should be educated.

“We believe that every parent should educate their child in good faith, and we believe there should be consequences if they don’t. It’s like any other freedom, if they abuse that freedom, there are consequences and laws like that are already in force in all 50 states.”

Many states don’t keep records, but estimates from the National Center of Education Statistics, show that about 1.7 million children, or 3.3 percent of all school-aged children, were being home-schooled in the 2015-2016 school year.

It’s voluntary, but many Illinois families fill out home-school registration forms to stop public schools from counting their kids as chronically absent and avoid visits from truancy officers, said Michelle Mueller, a former principal who is now regional superintendent of the Regional Office of Education District 40, serving Calhoun, Green, Jersey and Macoupin counties.

“As a principal,” Mueller recalled, “it scared me to death when a family would elect to home-school, because in a district (school), there is follow-up … and when you turn them loose to home schooling, your hands are tied.”

The Robertses registered as home-schooling parents with Mueller’s office after social workers investigated the lack of food in their home.

In a jailhouse interview, Jason Quate told the Post-Dispatch he filed paperwork to home-school his daughters in Belleville after someone at their school told the Illinois Department of Children and Family Services that he had open-mouthed kissed one of the girls while dropping her off.

Illinois law classifies home schools as private schools. There are no requirements for bookkeeping, testing, instruction time or parent qualification.

In Missouri, home-schooling parents are to provide 1,000 hours of instruction every school year. Students’ academic records may only be inspected as part of a legal investigation.

Some states, such as New York and Pennsylvania, require academic assessments. Those laws help ensure children are seen outside the home, but they’re not impervious, Coleman said.

The argument for home-school regulations may have gained an ally in Jersey County Prosecutor Benjamin Goetten, who charged Liam’s parents with his murder.

“Do I think if these children were in school they would have gotten to this level? No, I don’t,” he said. “It’s come as a shock to learn that there are no rules when it comes to home schooling.

“The loss of one child’s life is worth the minimal regulations that the Legislature could put in place to monitor home schooling,” Goetten said.

Regional superintendents such as Mueller can send a truancy officer to a home school if someone complains that the children aren’t being educated. But their ability to investigate is limited, Mueller said.

A network of Illinois home-schooling support groups called Illinois H.O.U.S.E., or Home Oriented Unique Schooling Experience offers parents guidelines on “What do I do if a truancy officer comes to my door.”

“Make your children unavailable to them,” is among the group’s tips.

Cody Maguire, a truancy officer for five years in Mueller’s region, says it’s rare for a home-school family to shut him out.

“The people who are truly home schooling are not afraid when truancy officers show up at their door. It’s the parents who pull their kids out of school and are not actively educating them in the home,” he said. “As soon as they say the words, ‘We’re home-schooling,’ our whole philosophy and reasoning shifts ... within the realm of what I can do with my job, I’m very limited.”

In cases of extreme abuse and neglect, extended family members often say they are cut off from home-schooled children. Relatives of the Quates said they hadn’t seen the children for years.

Neil Skene, special assistant to the Director of the Illinois Department of Children and Family Services, said in a statement: “Any circumstance that keeps children out of public view makes it all the more important that people call the child-abuse hotline if they see something that gives them a reasonable basis for suspecting abuse or neglect.”

In Illinois, dodging a truancy officer can help build a truancy case against a home-school family, which could lead to a misdemeanor charge. But regional superintendents such as Mueller must prove it.

“Can you prove three days were missed at the kitchen table doing homework?” Mueller said.

“Taking away home schooling is not an option,” she continued. “There are plenty of legitimate reasons why parents choose to educate their children at home, and most legitimately do, but how do we remedy this problem and afford these choices and still avoid situations like this?”

How to report abuse

Hotline counselors from the National Child Abuse Hotline do not report abuse, but can tell you how to get help in your local area. Call 1-800-4-A-CHILD (1-800-422-4453) and press 1 to speak with a hotline counselor anytime. All calls are anonymous.

More information about reporting child abuse, is available from The Coalition for Responsible Home Schooling and The Home School Legal Defense Association.

The Coalition for Responsible Home Education and Home School Legal Defense Association are on opposite ends of the debate to regulate home schooling.

Both organizations offer a breakdown of home school laws state-by-state.

The Coalition's map can be found here.

The Legal Defense Fund's map can be found here.

Editorial: Children's deaths should trouble everyone about lax home-school regulation

The deaths last year of three home-schooled children after long-term abuse in Missouri and Illinois should make home-school advocates who resist regulation reconsider their objections. When kids don’t go to school and aren’t observed by adults outside their homes, it’s too easy for abusive parents or families to exploit the unregulated system. 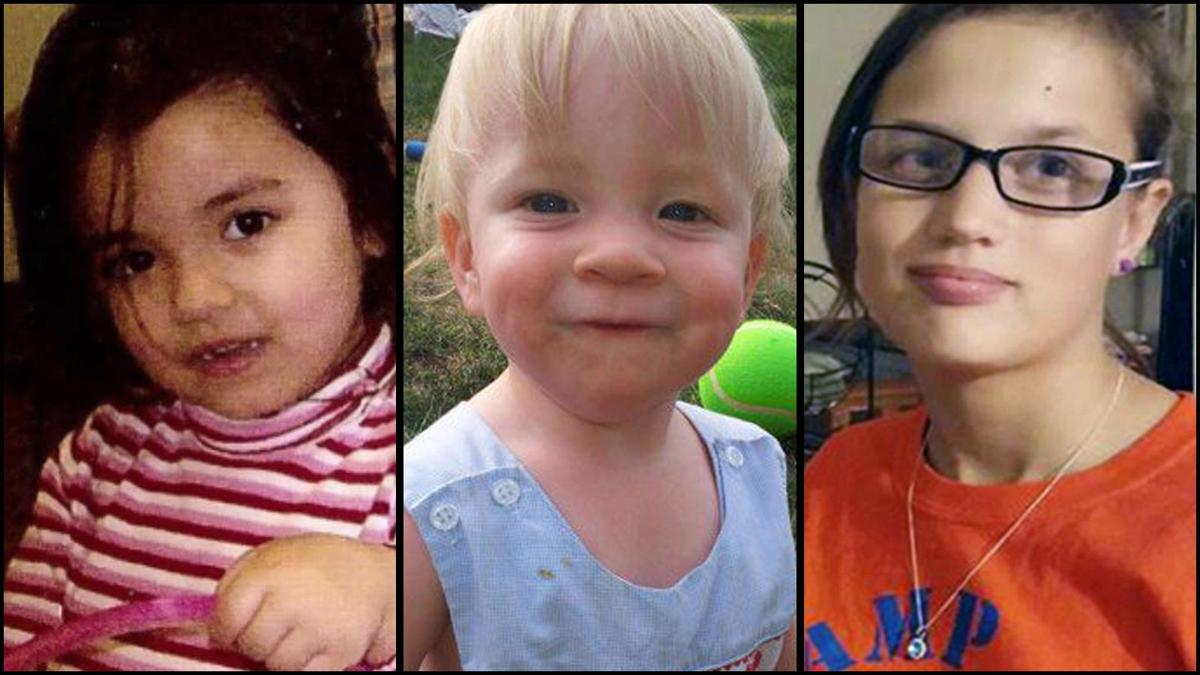 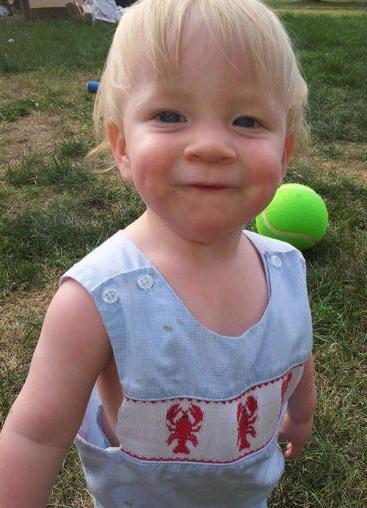 Liam Roberts, then 3, in a family photo. Photo courtesy of Kimberly Roberts 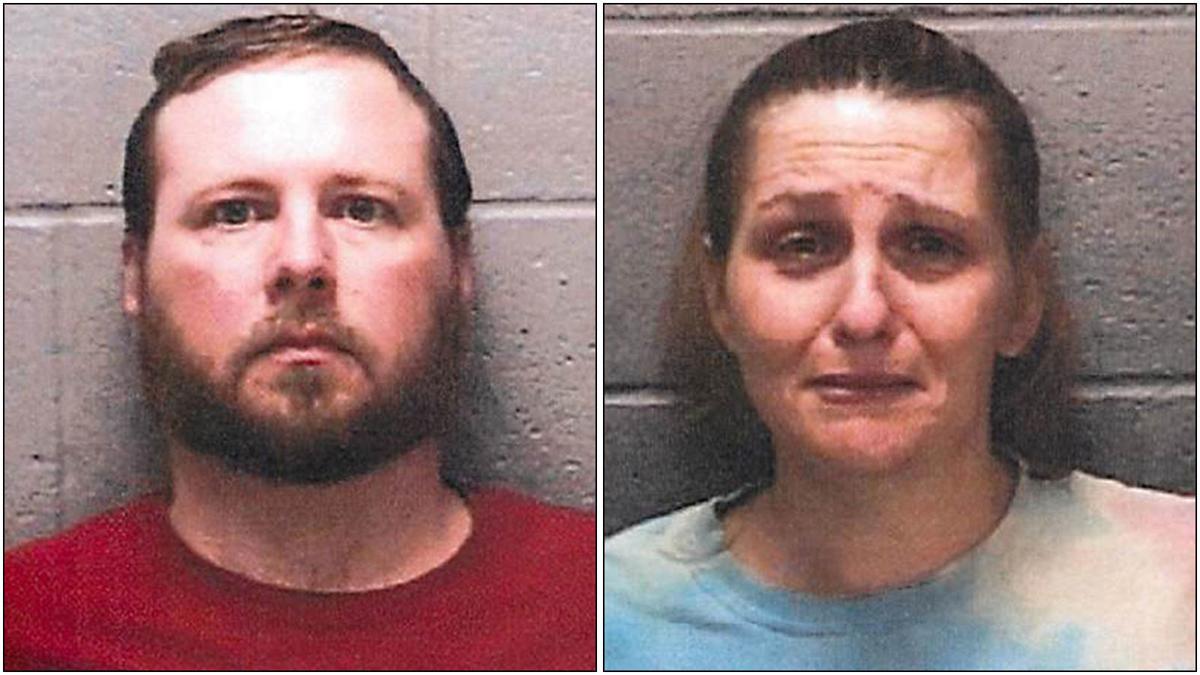 Michael Roberts and Georgena Roberts, both of Jerseyville, have been charged with first-degree murder and child endangerment charges after police say his 6-year-old son, her step-son, died of starvation weighing only 17 pounds. 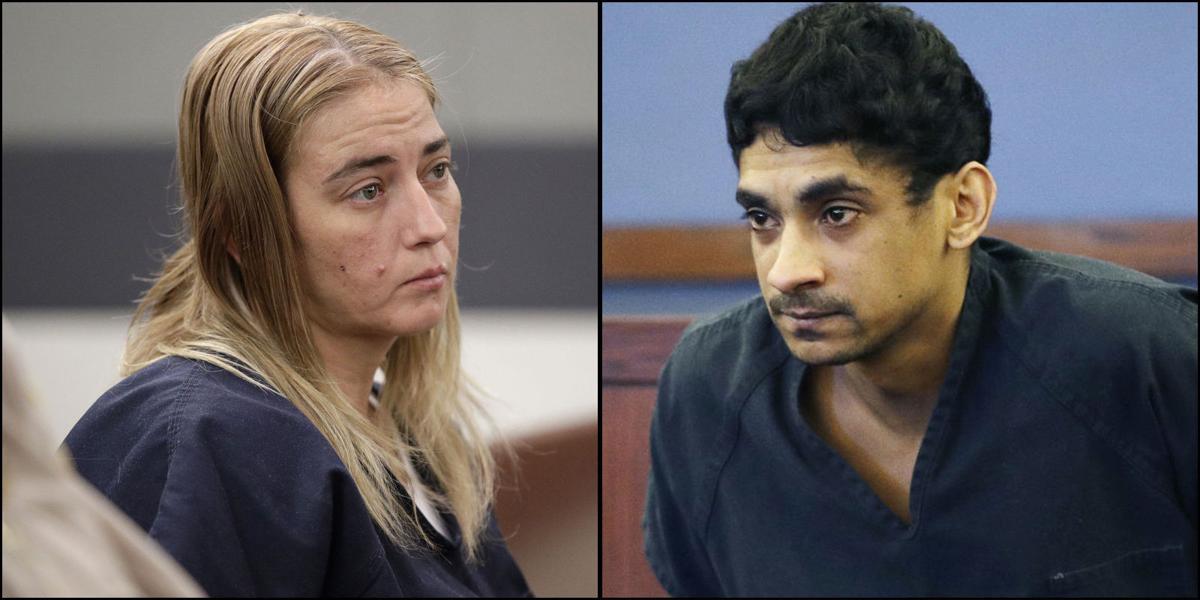 Elizabeth Odell-Quate and Jason Quate in separate appearances in Las Vegas court. They have been charged in connection with the concealment of the death of their daughter. (AP Photos/John Locher) 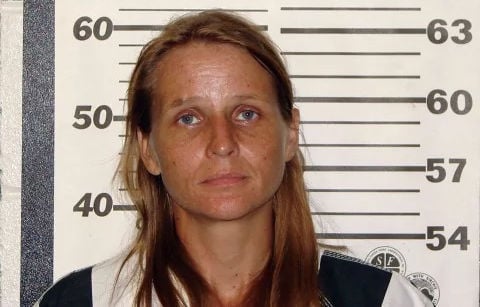 Rebecca Ruud, charged, Tuesday, Aug. 22, 2017, with murder in the death of her 16-year-old biological daughter, whose remains were found in a burn pit on their rural property. She told authorities she home-schooled her daughter. 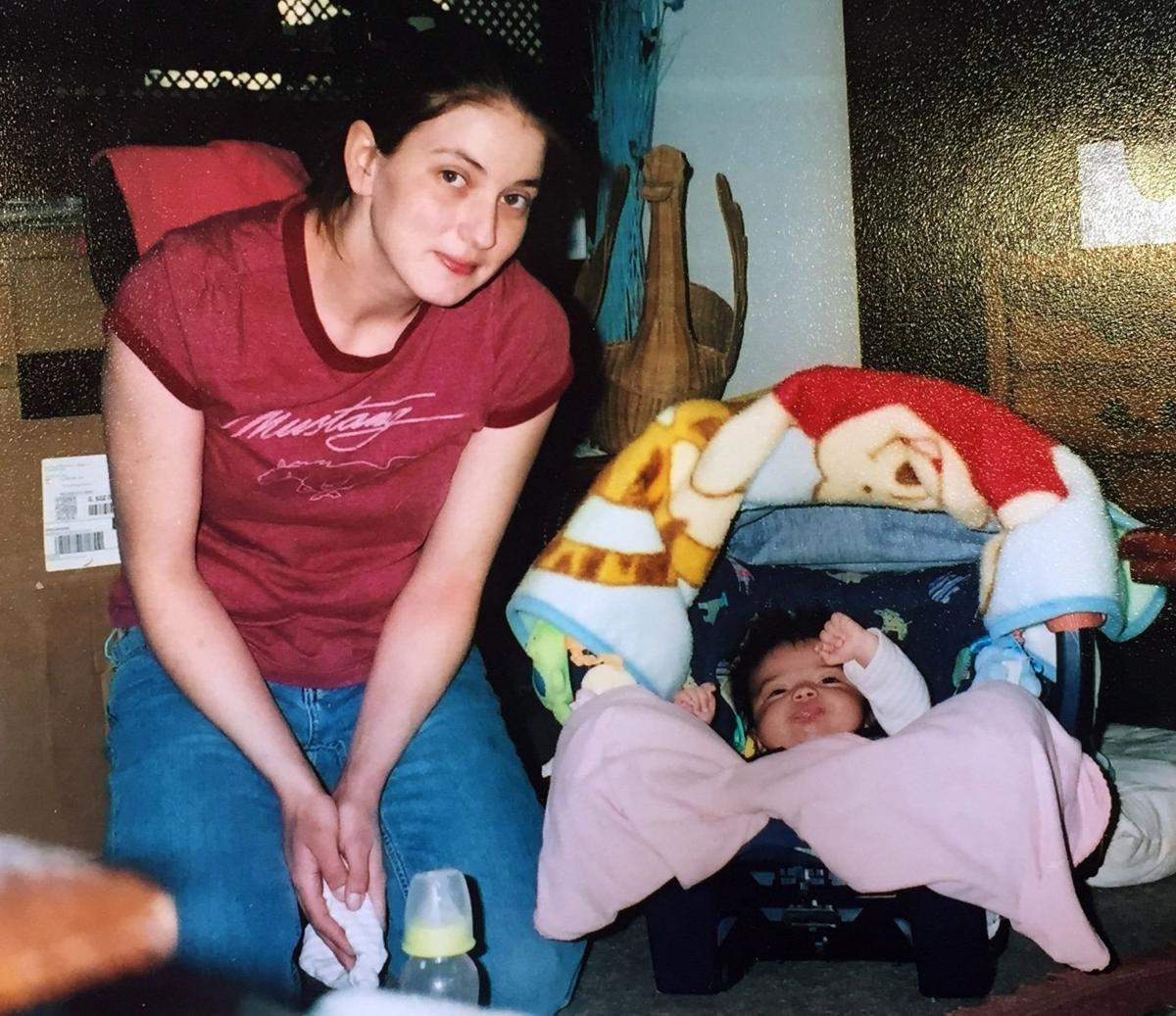 A neighbor said this photo of Elizabeth Quate and her daughter, Alysha, was taken in January 2007 in the neighbor's living room when the child was 6 months old. The girl is believed to have died at age 6. A tip from Elizabeth Quate led police to her body in a garage in Centreville. 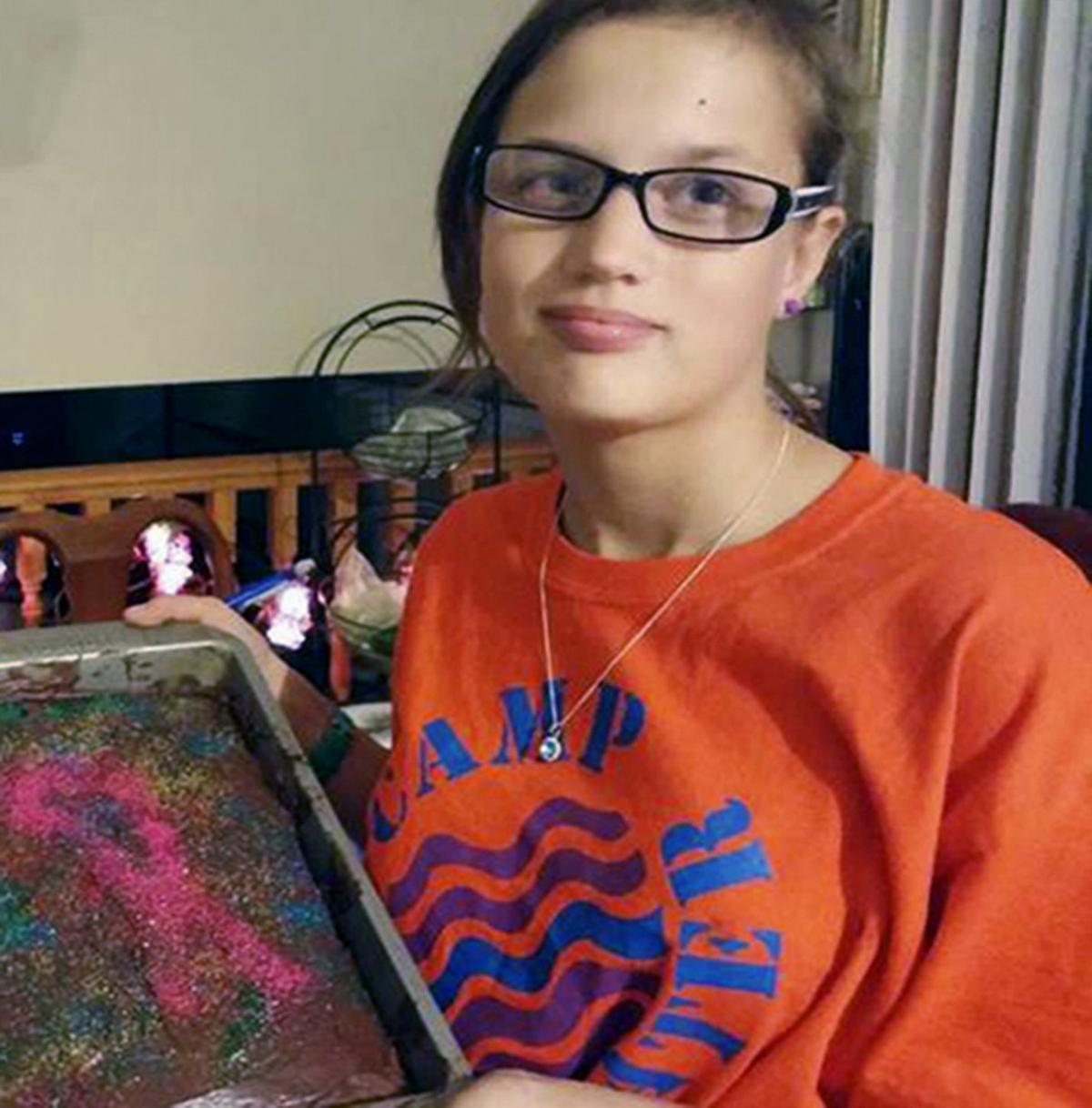 Savannah Leckie in an undated photo provided by her adoptive mother, Tamile Leckie-Montague. Leckie's biological mother, Rebecca Ruud, of Missouri, has been charged with murder in the killing of Leckie.