ST. CHARLES • The man accused of killing his girlfriend, her two children and the girlfriend’s mother appeared in court Monday, shackled and saying very little.

Richard Darren Emery, 46, faces 15 counts in the attacks that began late Friday at Kate Kasten’s home and ended with his arrest on Saturday at a QuikTrip store.

Each of those charges carries a sentence of 30 years to life in prison. Prosecutors have said they may seek the death penalty.

Emery is accused of killing Kasten, 39; her two children, Jonathan Kasten, 10, and Zoe Kasten, 8; and her mother, Jane Moeckel, 61.

Hundreds of people attended a vigil in their honor on Sunday night outside Harris Elementary School, where Jonathan and Zoe were students.

Family members and friends said they saw no signs of trouble in the relationship and were bewildered by the crimes.

Bandages were visible at the top of his orange jail jumpsuit.

Emery kept his head down for most of his four-minute appearance and shook his head “no” when the judge asked if he had an attorney or had called the public defender’s office.

He nodded “yes” when Swann asked if he understood the charges against him. He spoke once or twice, softly saying “yes” or “no.”

Four jail officers formed a loose circle around Emery, whose movements were recorded by another jail officer holding a camera. Emery is being held without bail.

The case was assigned to St. Charles Associate Circuit Judge Terry Cundiff. The next hearing was set for Jan. 8 at 9 a.m.

Read our story about the Kasten family and the Sunday night vigil for them in St. Charles.

Photos from the vigil for the family

Jonathan Cobb, 33, was shot in the head while driving the 3811 bus on Lucas and Hunt Road Friday evening. He remains in critical condition. 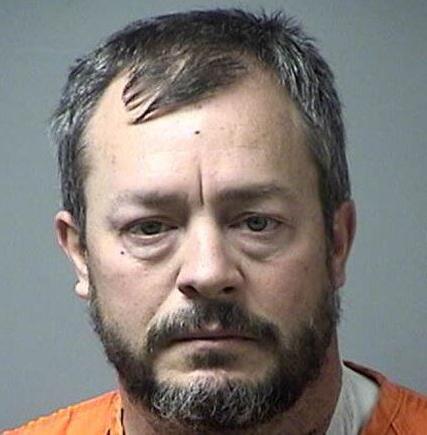 Richard Darren Emery, of St. Charles, was charged with 15 crimes in a crime spree that police say included the murder of his girlfriend, her two children and her mother; a stabbing during an attempted carjacking; and a shootout with police. Authorities plan to seek the death penalty.