Talcum powder lawsuits find a home in St. Louis — for now
0 comments
Share this
{{featured_button_text}}
1 of 2 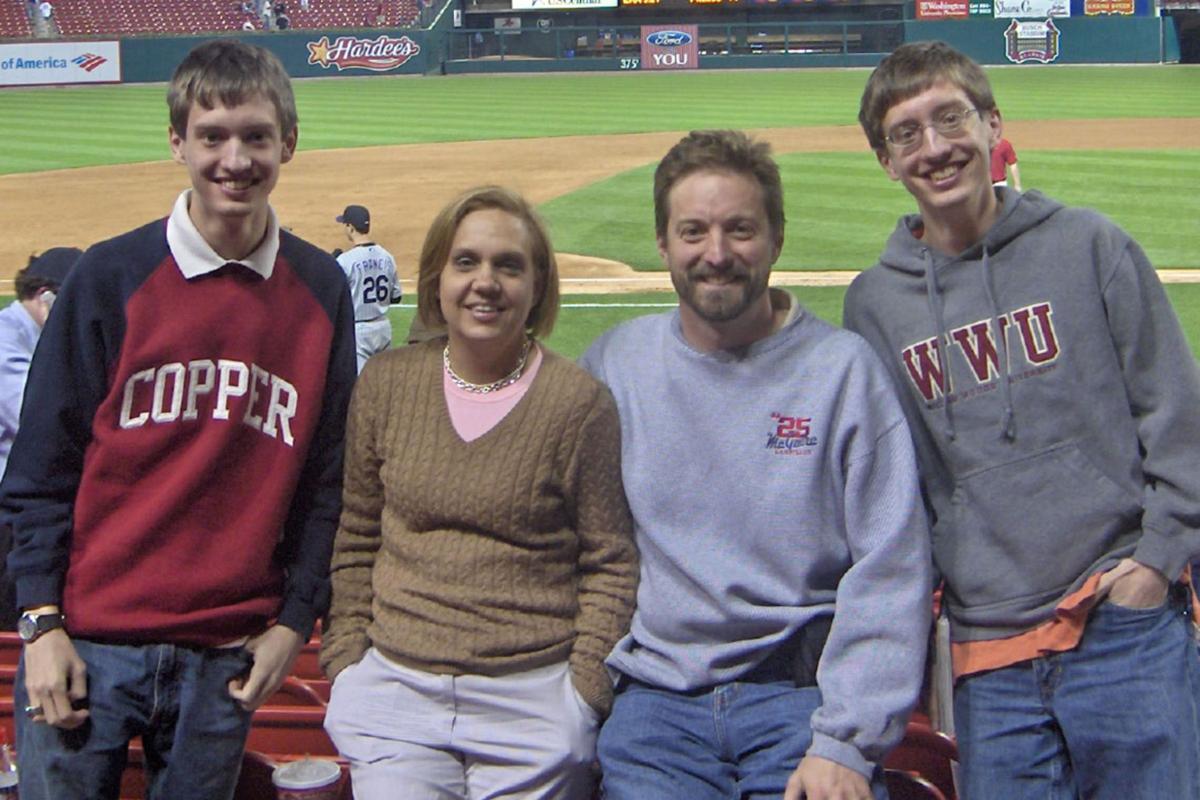 From left, Kyle Blaes, Shawn Blaes, Mike Blaes and Alex Blaes, attend a St. Louis Cardinals game together May 8, 2006. Kyle and Alex are twin brothers. Shawn died of ovarian cancer in 2011. Her husband's lawsuit against Johnson & Johnson claiming her use of talcum powder caused her cancer, is scheduled for June.(Blaes family photo) 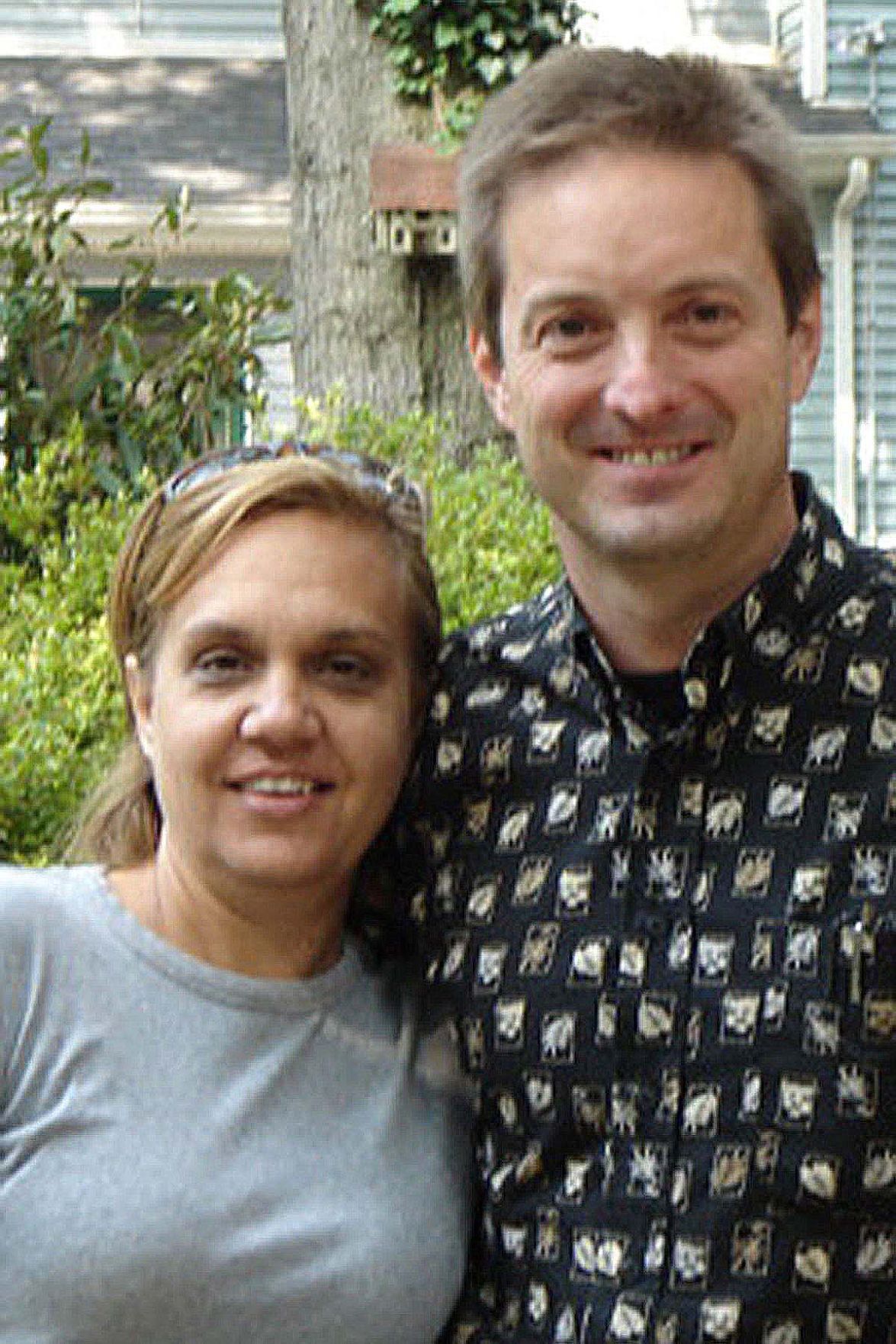 Shawn, left, and Mike Blaes are pictured in 2007, a year before she was diagnosed with ovarian cancer. (Blaes family photo)

The largest yet was May 4 when jurors awarded $110.5 million to a 62-year-old ovarian cancer patient who used the company’s products for decades. Her case was the fifth talcum powder trial held in St. Louis Circuit Court so far and among hundreds on the docket.

The plaintiffs who’ve gone to trial here were from elsewhere — Alabama, California, South Dakota, Tennessee and Virginia. They came seeking fast trials and friendly juries. All but one prevailed; Johnson & Johnson is appealing the verdicts against the company.

The survival of the recent talcum powder verdicts and thousands more pending cases may rest on legal debates in state and federal courts that could clarify rules for how state courts handle mass tort claims against big businesses. Talcum powder cases against Johnson & Johnson have found a home in St. Louis, in part, because Missouri law allows out-of-state plaintiffs to join forces and sue here.

Jim Onder’s Webster Groves firm has partnered with out-of-town firms to try talcum powder trials here. After a South Dakota jury found in favor of an ovarian cancer patient in 2013, Onder said, he got a call from a friend of his who believed his late wife’s ovarian cancer may have been from long-term use of talcum powder. Onder said he hadn’t heard of such claims before, did some research and persuaded the South Dakota plaintiff’s attorney to bring cases to St. Louis.

“We can get a trial setting faster in St. Louis,” Onder said. “I said, ‘It’s a very efficient place to do cases, so let’s do them here.’”

His firm has served as local counsel in the five St. Louis trials so far; he said his firm was involved with an additional 1,700 plaintiffs in Missouri, 800 in California and 200 in New Jersey where Johnson & Johnson is headquartered. He said 1,700 other cases had been moved to federal courts.

The claims in all of the cases are similar: Plaintiffs believe Johnson & Johnson knew for years that its talcum powder products were linked to ovarian cancer and failed to warn customers. The company has consistently said its products are safe and continues to defend legal claims in court.

Each of the five trials held so far in St. Louis has lasted about a month, with plaintiffs going one by one in what is called a “bellwether” approach designed to predict how future trials could play out.

“If you have a client who’s dying, you’d want to file your suit in a place and go to trial before your client dies,” Onder said.

That was true in the May 4 verdict for Lois Slemp, of Virginia, who was diagnosed with cancer in 2012 and was too ill to attend the trial, he said. The next likely plaintiff to go to trial here is a widower from the St. Louis area whose wife died of ovarian cancer six years ago.

In December, the talc verdicts landed St. Louis Circuit Court a spot atop the pro-business American Tort Reform Association’s annual ranking of “judicial hellholes,” a label Gov. Eric Greitens, a Republican, has repeated as part of a Republican-led push to alter the state’s legal landscape.

In March, Greitens signed into law a measure that establishes new courtroom standards for expert witnesses, allowing judges to decide the reliability of an expert’s testimony. The law adopts the so-called “Daubert standard” for evidence that is now used in 40 states.

Association spokesman Darren McKinney said that “junk science” had driven the talc verdicts against Johnson & Johnson and that adopting Daubert was a “good first step” toward tort reform in the state. However, he lamented the Missouri Legislature’s failure to pass a bill limiting courts from hearing combined claims from Missouri residents and out-of-state plaintiffs.

“Plainly, the hopes that many of us had for an enactment of a robust civil justice reform agenda this legislative session, it didn’t happen,” McKinney said.

The bill’s critics, including the Missouri Association of Trial Attorneys, said the bill would have made it tougher for people who have been wronged to seek relief in Missouri’s civil court system by preventing plaintiffs “from joining cases together when it’s the right thing to be doing,” said Jay Benson, president of the group. He said plaintiff’s attorneys generally believed juries in urban centers such as St. Louis or Kansas City are more receptive to returning big-dollar verdicts than juries in rural areas.

“That’s just good lawyering on the plaintiff’s side to make sure you analyze your venue options when you bring a lawsuit,” Benson said. “The venue doesn’t change the facts. Venues all over the state have qualified jurors that can sit in judgment.”

Some believe the “hellhole” designation bestowed upon the St. Louis circuit is rooted in pro-business politics without considering the merits of any given verdict.

“When you have powerful interest groups or lobbying efforts trying to influence public opinion by using phrases like that, the more people get browbeaten into thinking these are frivolous cases, and you get people (on juries) who are less receptive to plaintiff’s claims,” said Jack Garvey, a plaintiff’s attorney and former St. Louis circuit judge.

“The judicial hellhole crowd only wants to talk about verdicts for plaintiffs, but I can tell you from mere observation that there are more defendants’ verdicts,” Gross said in an email. “You just never hear about those.”

Legal experts say the future of talc litigation in St. Louis rides on a looming U.S. Supreme Court ruling dealing with proper jurisdiction. One case will decide if non-California residents can file claims in that state against Bristol-Myers Squibb, the New York-based maker of the blood-thinner Plavix.

“Generally speaking, court rules allow parties to bring claims together if they’re closely related. It’s just more efficient,” said Pauline Kim, a law professor at Washington University in St. Louis. “Pushing against that is the question of jurisdiction — whether it’s fair to make the defendant answer suit for this particular claim in this particular forum.”

Questions over court jurisdiction have become more pressing in legal circles because of an increasingly complex and intertwined global and internet economy, Kim said.

Meanwhile, the appeals process in the first talcum powder verdict has already begun at the Missouri Eastern District appeals court in St. Louis.

Thomas Weaver, a lawyer for Johnson & Johnson, told the court on May 10 that the first talc verdict — $72 million last year to relatives of a woman from Alabama who died of ovarian cancer — should never have been tried in the first place. Weaver argued that she wouldn’t be allowed to sue in Missouri under a recent state high court decision that said the state has no jurisdiction over out-of-state defendants. That case has been appealed to the U.S. Supreme Court.

Appellate Judge Kurt Odenwald questioned the efficiency of the state’s “joinder rule” that permits in- and out-of-state plaintiffs to join together to sue in Missouri.

“It’s a burden on the Missouri courts and our rules and our taxpayers,” Odenwald said.

Michael Wolff, former Missouri Supreme Court chief justice and former dean of St. Louis University’s law school, said that if Bristol-Myers won its appeal, “the heat in Missouri will be on the joinder rule” that allows non-residents to sue here.

No decision on Johnson & Johnson’s appeal of the first verdict is expected until after the U.S. Supreme Court’s ruling in the Bristol-Myers case.

The Supreme Court’s decision won’t come before the next talcum powder trial in June before St. Louis Circuit Judge Rex Burlison. It features the first in-state plaintiff — Michael Blaes of Webster Groves — whose wife, Shawn M. Blaes, died of ovarian cancer at age 50. She was a competitive figure skater, coach and co-owner of a skate shop in Webster Groves.

Michael Blaes was Onder’s first talcum powder client, the one who called him years ago and first got him interested in trying cases against Johnson & Johnson, Onder said. Blaes’ lawsuit says his wife used Johnson & Johnson’s baby powder for four decades until her death in 2011.

• Oct. 27, 2016: Jury awards $70 million to California woman; it was first verdict to find against Imerys Talc, a supplier of talcum powder to Johnson & Johnson.

• March 3, 2017: Jury finds in favor of Johnson & Johnson, rejecting Tennesee woman's claims her long-term use of baby powder contributed to her ovarian cancer.

Johnson & Johnson says it will appeal.

So-called 'forum shopping' may not be the company's biggest problem.

The trial against Johnson & Johnson was the first here claiming to link talcum powder with asbestos exposure.

From left, Kyle Blaes, Shawn Blaes, Mike Blaes and Alex Blaes, attend a St. Louis Cardinals game together May 8, 2006. Kyle and Alex are twin brothers. Shawn died of ovarian cancer in 2011. Her husband's lawsuit against Johnson & Johnson claiming her use of talcum powder caused her cancer, is scheduled for June.(Blaes family photo)

Shawn, left, and Mike Blaes are pictured in 2007, a year before she was diagnosed with ovarian cancer. (Blaes family photo)