PINE LAWN • A teenager shot a man who wouldn’t buy beer for him at a convenience store in Pine Lawn, authorities say.

Carlos Blue, 17, was charged Tuesday with first-degree assault, first-degree robbery and two counts of armed criminal action. He is being held on $100,000 bail.

The victim, David B. Porter Sr., 47, was shot in the back early Tuesday at Natural Bridge Road and Pine Grove Avenue. He was seriously injured.

Porter had refused to buy beer for Blue, police say; when Porter emerged from the store, Blue was waiting for him and confronted him. Porter also refused to hand over his wallet, police say.

After Blue shot him, another teenager joined in and stole Porter’s wallet, police say. That teen, Monte A. Johnson, 19, was charged Tuesday with robbery. Police say officers pulled up and saw both teenagers rummaging through the victim’s pants pockets.

Family members of the victim could not be reached for comment. 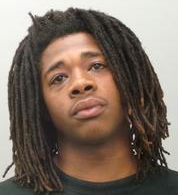 Carlos Blue, of Ferguson, was sentenced to prison in the 2014 shooting of a man who police say was attacked after refusing to buy Blue alcohol. 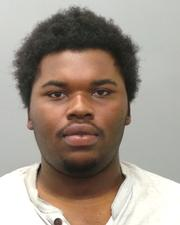 Monte Johnson, of Velda Village Hills, was charged with robbery but was acquitted by a jury.