Two St. Louis judges under investigation, one resigns
0 comments
Share this
{{featured_button_text}}
1 of 2 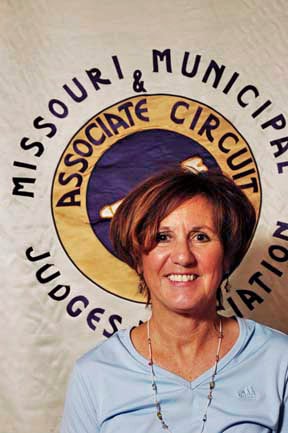 St. Louis Municipal Judge Margaret Walsh has resigned during investigation of accusations that she abused city counselors, and used vulgarities about them. Photo from the Missouri Municipal & Associate Circuit Judges Association 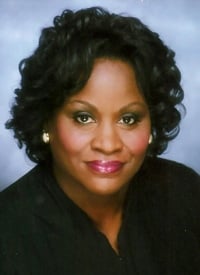 Walsh is being investigated by the Missouri Supreme Court's Commission on Retirement, Removal and Discipline for three separate incidents, he confirmed.

She allegedly ordered the handcuffing of an assistant city counselor last summer. She also is accused of using inappropriate or abusive language and of allegedly attempting to influence city officials when her son was turned down for a job.

The investigation of the other judge, Associate Circuit Judge Barbara T. Peebles, was prompted by a Post-Dispatch article detailing her delegation of judicial duties to a courtroom clerk for two weeks in October while she was out of the country. That probe has expanded to examine complaints about Peebles' work habits, according to people with knowledge of the inquiry.

Smith did say that a judge's resignation would end the commission's jurisdiction.

A hearing about Walsh is set for March 27, with subpoenas issued and witnesses ordered to appear. That happens only after at least four members vote there is probable cause for a "formal proceeding."

Mandel, her lawyer, said that in the first incident, Walsh ordered a deputy city marshal to handcuff an assistant city counselor because "she interrupted a court proceeding and just wouldn't stop."

Chet Pleban, counsel for that lawyer, would not confirm her identity, but said, "Now that Ms. Walsh is no longer a city court judge, it serves no purpose to comment on the reasons for her departure, and we will let the judicial commission separate the fact from the fiction."

Another commission complaint claims Walsh used abusive language toward a lawyer or lawyers. "She categorically denies that," Mandel said.

The final complaint alleges that Walsh used her official position to make threats or promises to the city personnel office after her son was rejected for a municipal job. Mandel said that accusation amounts to, "I'm a judge, and I'll do you a favor if you do me a favor."

But he insisted she merely inquired about her son's application, which was not "in and of itself" improper.

Rick Frank, the city personnel director, would not comment on Walsh. He acknowledged "a lot of issues" in the municipal courts and said, "There's obviously some real concern about the behaviors of employees there."

City Counselor Patti Hageman did not respond to a call seeking comment.

She was faulted, but not disciplined, by city officials in 2004 for giving people who had been arrested but not convicted the option of getting out of jail in exchange for eight hours of community service. Critics claimed it was part of an effort to keep the homeless away from Fair St. Louis.

Police and city marshals were called to the court on Nov. 16, 2009, for an incident involving Walsh and a clerk who was at the time suspected of erasing warrants for friends.

Several people watched as Walsh stormed into the clerk's office for a confrontation. Those who saw it told officials a supervisor had to stand in between the women. The judge yelled, "Nobody scares Judge Walsh," according to one witness.

Walsh ordered the clerk handcuffed, but court administrator Cathy Ruggeri-Rea overruled her, noting that the clerk was pregnant and might file a complaint, according to witnesses.

SIGNED WITH A STAMP

A Dec. 18 Post-Dispatch story detailed a period in mid-October when Peebles' clerks, primarily Whitney Tyler, handled much of the business that was not postponed.

While Peebles vacationed in China, subordinates handled at least 350 cases — postponing more than 300, dismissing five, refusing to dismiss at least one and deciding that as many as 18 arrest warrants should be issued. Many documents were signed with a stamp bearing Peebles' signature.

Lawyer Rodney Holmes, who represented a client mentioned in the newspaper story, said that he was later contacted about it by St. Louis Circuit Judge David Dowd, head of the state disciplinary commission.

Holmes said he told Dowd that his problem involved "merely a technicality" and that he thought Peebles was "a good judge." He added, "That particular situation obviously is something that wasn't supposed to happen but I don't think that reflects ... on the total job that she does as a judge."

A person interviewed by the commission's staff, and who insisted upon anonymity out of fear of violating its rules, said the questions regarded cases dismissed by clerks, and what "other judicial functions the clerk did."

Peebles' lawyer, Paul D'Agrosa, affirmed Friday that the Post-Dispatch report "prompted an inquiry from the commission." He said Peebles responded, and he is unaware of any expansion of the inquiry into areas not already described in the newspaper.

"And I don't think I can say anything beyond that," he said.

Jennifer Mann and David Hunn of the Post-Dispatch contributed to this story.

The scope of the investigation has increased but that does not necessarily mean she committed additional crimes.

No one involved said they were asked by either Slay Jr. or his father for any favors.

She paid her brother to provide “financial services” without a contract or bid for the work.

Cathy Ruggeri-Rea said she hired Henry Ruggeri III to get the court's financial books in order.

She allegedly misused her position to find out about a "wanted" police had on her son.

City officials said an inquiry into any other misconduct on her part turned up no red flags.

St. Louis judge's China trip has her in hot water

ST. LOUIS • A disciplinary hearing began Tuesday for a St. Louis judge accused of, among other things, abdicating her responsibilities to her …

Clerks ran court while a St. Louis judge was on vacation overseas

Editorial: A judge takes a vacation... and no one noticed?

When they fall through the cracks of the justice system, it's frequently difficult to get out.

Mayor Francis Slay is calling for a multiagency task force.

St. Louis Municipal Judge Margaret Walsh has resigned during investigation of accusations that she abused city counselors, and used vulgarities about them. Photo from the Missouri Municipal & Associate Circuit Judges Association