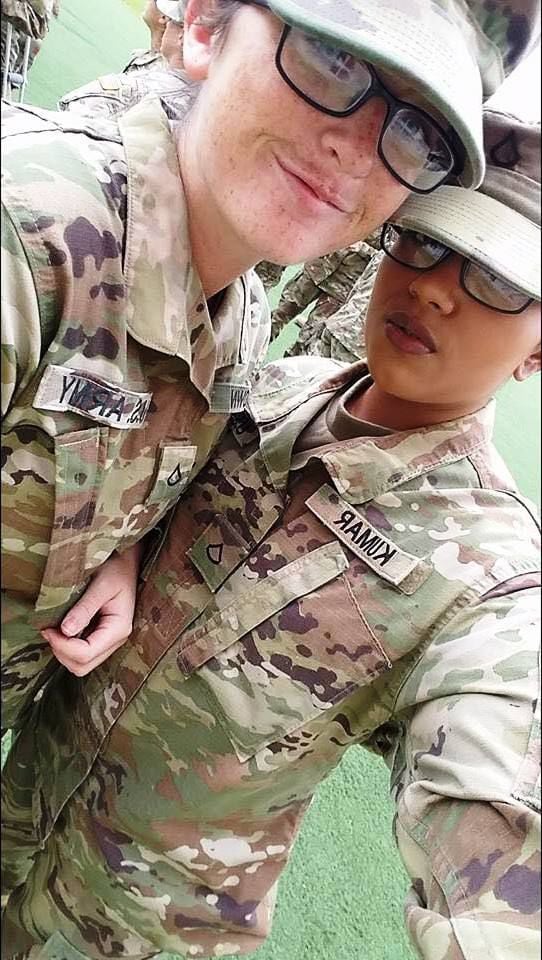 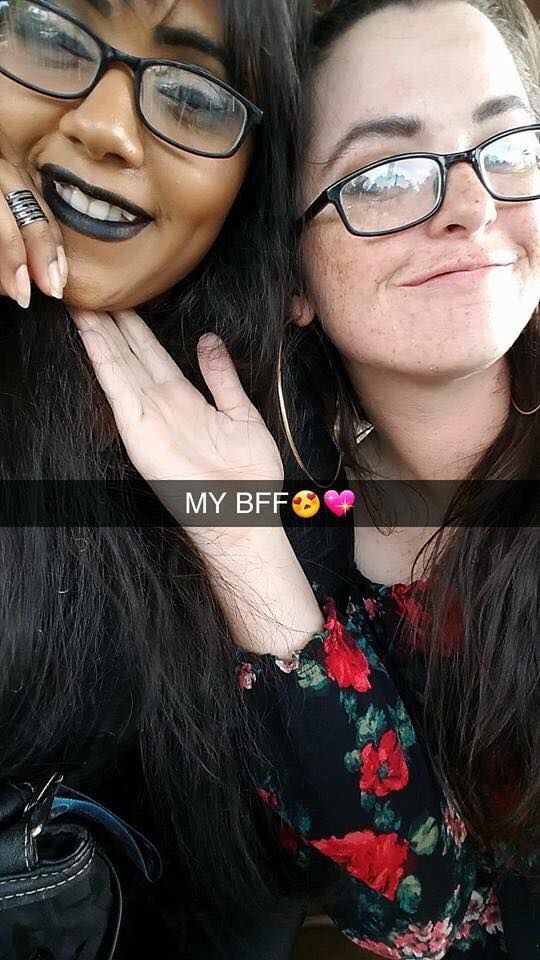 Warsha L. Kumar (left) and Genevieve “Genny” A. Brown in a photo provided by Teresa Reando. 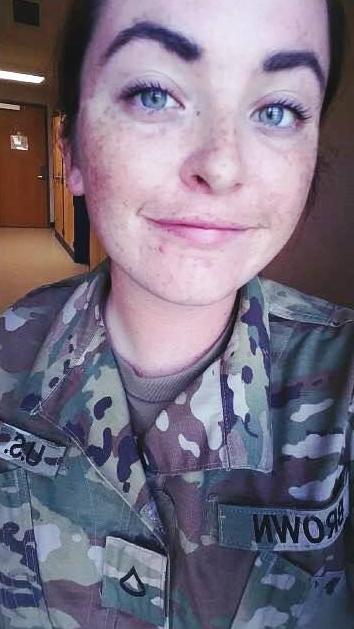 Genevieve “Genny” A. Brown in a photo provided by Teresa Reando.

Updated at 11:20 p.m. with new details about the crash victims.

JEFFERSON COUNTY • Two teenagers killed when a driver crashed into people trying to get a stalled vehicle off a road here Monday night were Army reservists returning home from a college visit.

The Missouri Highway Patrol identified the two who died as Genevieve “Genny” A. Brown, 19, of Festus, and Warsha L. Kumar, 18, of Yakima, Wash. They had been with the vehicle that stalled.

Brown, who graduated from Hillsboro High School in May and from Army basic training with honors, had dreams of becoming a lawyer, family friend Teresa Reando, of Festus, said Tuesday night.

“When I think of her I think of a really strong girl,” said Reando, a close friend of Brown’s mother, Christy Brown, for several years. “She was headstrong, knew what she wanted, and went after it.”

Reando has spent time Tuesday night with Christy Brown and her husband, Joe, she said. The family, including Genny’s two younger teenage brothers, had just spent the holidays in Arizona, where Genny got a tattoo on her arm to match one on her father’s back.

The tattoo was a Volkswagen emblem — symbolizing their shared hobby of mechanics and auto repairs.

Joe Brown had gotten his daughter a Volkswagen for her 16th birthday, Reando said. They bonded over the last few years repairing and remodeling the car. Genny Brown also dreamed of opening a Volkswagen repair shop.

“She had goals and plans, but she also knew how to laugh,” Reando said. “She always had a smile and I don’t think she ever met anyone who didn’t become a friend.”

Brown’s tight-knit family always supported her dreams, her friend Miranda Turberville, 18, of Hillsboro, said. The two graduated high school together in May, taking a picture together at senior night.

“She’d say she wants to do one thing and they were right behind her,” she said.

Brown was a proud member of the Hillsboro High School color guard, Turberville said. In her free time she loved to repair cars and hang out with her friends.

“She was really good at making people laugh and making people really comfortable with themselves,” Turberville said. “She was a real goofy sweet girl, unpredictable but in the sweetest way.”

Brown had just signed up for classes at Jefferson College hours before the crash at 6 p.m. on Highway A near Highland Baptist Church Road, Reando said. Kumar, who met Brown during basic training, arrived in Festus from Yakima on Sunday night and accompanied Brown on Monday.

They were on Highway A when their car broke down. They and two other drivers who had stopped to help were pushing the car off the roadway when a fourth vehicle apparently accidentally struck them, according to the Highway Patrol.

Kumar’s friend Paris Wolf, of Sheboygan, Wis., found out about the crash online. The two met five years ago on an online messaging board for one of their favorite bands at the time, Motionless and White.

The two bonded over their shared love of the band and messaged each other daily to talk about relationships and music and to dream about their future lives living together in a big city, Wolf, 18, said Tuesday night.

“She was the best person to talk to because she would truly listen to you,” Wolf said. “She would ask questions and actually wanted to understand where you were coming from. She was a good, genuine person.”

Kumar introduced Wolf to a handful of other music fans who formed a close friendships online. Wolf and Kumar eventually lost touch a few months ago but reconnected online in December, days before a mutual friend informed Wolf of the crash.

“Even if she wasn’t here in person all the time she was always there to talk,” Kumar said. “She was somebody who brought people together. I still feel like we’re going to just message each other and talk about new things in our lives.”

The driver in the crash was identified by the patrol as Jackie R. Schneider, 84, of Festus. Schneider and her passenger, John C. Battle, 91, of Festus, both were wearing seat belts and suffered moderate injuries. They were being treated at Mercy Hospital Jefferson on Monday night.

The patrol gave this account of the crash Monday night:

Brown was driving a 2002 Land Rover Discovery. Kumar was her passenger. The Land Rover stalled in the westbound lane of Highway A, east of Old Highway 21.

Two vehicles stopped on the right shoulder ahead of the Land Rover. Occupants of those vehicles had stopped to help.

The Jeep apparently then hit the two vehicles on the shoulder. No one else was injured. Thompson said investigators weren’t yet sure where the people associated with those cars had been standing when the Jeep struck the vehicles.

Brown died at the scene. Kumar died at a hospital.

The intersection of Highway A and Highland Baptist Church Road is outside Hillsboro, in unincorporated Jefferson County.

Warsha L. Kumar (left) and Genevieve “Genny” A. Brown in a photo provided by Teresa Reando.

Genevieve “Genny” A. Brown in a photo provided by Teresa Reando.