U.S. judge rules handling of state's sexual predator program is unconstitutional
0 comments
Share this
Subscribe for $1 a month
1 of 3 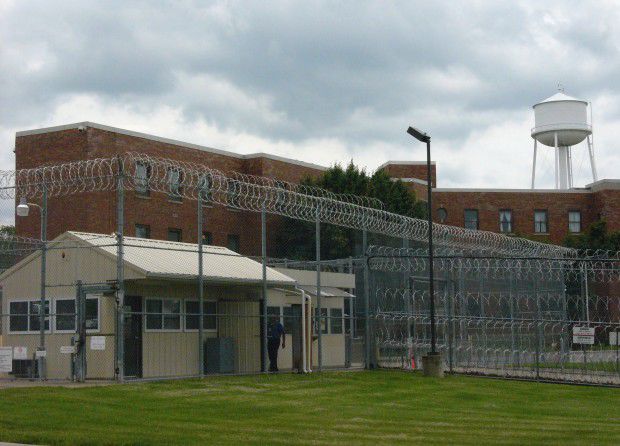 SORTS, or Sex Offender Rehabilitation and Treatment Services, in Farmington, Mo., has been expanding since the program to commit sexually violent predators in a secure facility began in 1999. Though the facility looks like a prison and borders a prison, it's a hospital run by the Department of Mental Health. Photo by Jesse Bogan jbogan@post-dispatch.com 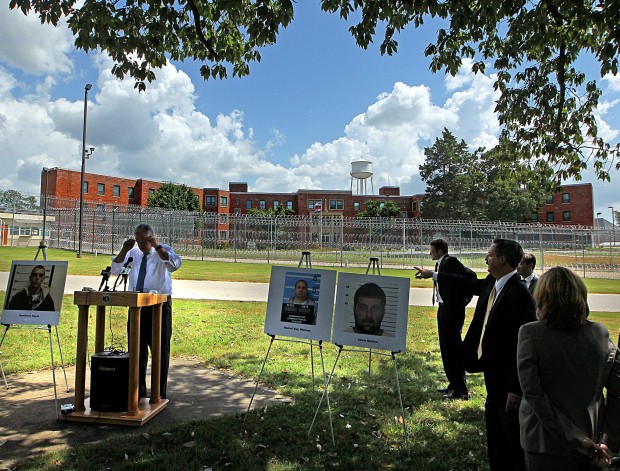 Missouri Gov. Jay Nixon takes the podium outside the Sex Offender Rehabilitation and Treatment Services center in Farmington, Mo., on Friday, August 30, 2013, to discuss his veto of House Bill 301 that, he says, would have weakened sex offender laws. Photo by Christian Gooden, cgooden@post-dispatch.com 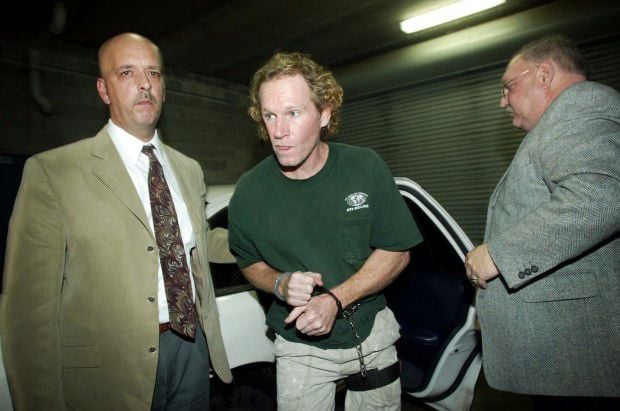 The judge wrote that there is a “pervasive sense of hopelessness” at the Department of Mental Health’s Sex Offender Rehabilitation and Treatment Services, or SORTS program, because patients aren’t being properly released.

With help from the state attorney general’s office, SORTS is indefinitely committing about 200 people to treatment in the belief that they might reoffend. The program has been praised and criticized since it began in 1999.

Before the trial started in April, nobody had completed treatment and been allowed to live outside of secure SORTS facilities in Fulton or Farmington. They entered the program after completing prison sentences for sex crimes.

“The overwhelming evidence at trial — much of which came from Defendants’ own experts — did establish that the SORTS civil commitment program suffers from systemic failures regarding risk assessment and release that have resulted in the continued confinement of individuals who no longer meet the criteria for commitment, in violation of the Due Process Clause,” Fleissig wrote in her ruling.

“The Constitution,” the judge added, “does not allow (Missouri officials) to impose lifetime detention on individuals who have completed their prison sentences and who no longer pose a danger to the public, no matter how heinous their past conduct.”

Those issues will be addressed soon in the remedy portion of the trial. A hearing will be held Sept. 29.

“I can’t believe it, man,” said John Van Orden, 53, who lived in the Springfield, Mo., area before being committed to SORTS in 2005. “It’s hard to describe after all that we have been through here. Finally, we get some light at the end of the tunnel.”

The class-action lawsuit began in 2009.

Eric Selig, a lead attorney for the plaintiffs, said Friday: “We hope to work with the attorney general’s office and the Department of Mental Health to fix the program and start releasing the people who have successfully completed treatment, which is what the statute is all about.”

Nanci Gonder, a spokeswoman for Attorney General Chris Koster, said by email: “We are reviewing the ruling and decline to comment further on pending litigation.”

Gov. Jay Nixon, a Democrat, has supported the program as a needed public safety tool. He has said judges weigh annual reports to determine when patients deserve to be released. And the Legislature, now Republican-controlled, adds a layer of oversight, scrutinizing the program’s budget.

Plaintiffs’ attorneys attempted to punch holes in these positions and others during the eight-day federal bench trial that ended here April 30.

The judge agreed. In her ruling, she said the state of Missouri has not:

• Properly implemented any program to ensure the least restrictive environment.

• Implemented release procedures, including director authorization for releases, in the manner required by the law.

At the center of the case in Missouri — and other states struggling with similar laws — was the question of whether SORTS facilities genuinely rehabilitate sex offenders, or are merely an extra layer of punishment outside of the prison system. In June, a federal judge in Minnesota ruled that indefinitely committing sexually violent predators is unconstitutional when used as punishment.

While the Missouri Attorney General’s Office argued at trial that progress is being made in treatment, plaintiffs’ attorneys harped on the fact that no patient had been released back into society. They used the state’s own witness to point out a sense of hopelessness among staff and patients, who already have completed prison sentences before being detained indefinitely for treatment.

Plaintiffs’ attorneys sifted through hundreds of thousands of pages of the program’s documents, including a memo from the former chief of operations who wrote in 2009 that 16 patients could be moved to the St. Louis Psychiatric Rehabilitation Center, a less restrictive facility at 5300 Arsenal Street.

In the memo, Alan Blake wrote that the top five of those 16 patients could be moved “today” and “easily” pass a test that shows they can live close to neighbors without harm.

“The rest may need greater support/treatment, but don’t represent a risk to the community in terms of compliance and appreciation of their situation,” Blake added. “The setting would likely enhance their treatment and provide motivation.”

The memo went on to say that a few of the patients would even make good employees or peer counselors at the St. Louis rehab center.

Testimony in the federal case showed that those details — ones that seemed to show favorable patient progress — weren’t included in the annual reports to courts that make the ultimate decision about release.

With the addition of 20 SORTS patients a year and nobody being released, plaintiffs’ attorneys pressed the issue of reforming the program and developing a fast track to a nursing home for elderly and infirm patients. At least 17 patients have died in the program, including one who was well into his 80s.

Joel Poole, chief litigator for the attorney general’s office, told the court in April that the program had passed federal scrutiny in a Civil Rights Act case brought by a patient in 2009. U.S. District Judge E. Richard Webber weighed complaints and concerns in that case about treatment and wrote in his decision that some treatment probably fell below professional standards but not enough to “shock the conscience” to be declared constitutionally inadequate.

“SORTS today is a substantially better program than it was in 2009,” Poole said in closing arguments. “It is moving toward its goals.”

He said the program became accredited as a mental hospital and provided treatment with a series of phases to work through, including the goal of release.

“This program is working hard to get people out,” Poole said.

But, in her ruling, Fleissig wrote that “systemic failures have created a pervasive sense of hopelessness at SORTS that is undermining what little improvement the SORTS treatment programs have made.”

Since the first phase of the trial ended in April, the Department of Mental Health said two patients had been allowed to leave SORTS, but under certain conditions.

Editorial: Missouri sexual predators get their day in court

Because a person has committed a horrible sexual predator crime in Missouri doesn't mean the state can lock the offender up forever, U.S. District Judge Audrey G. Fleissig ruled a couple of weeks ago.

The state's sexually violent predator law is constitutional, but the way it's being applied is not, she wrote.

Missouri sexually violent predators, their lawyers, stuck on how to move forward in legal dispute

Case hinges on how to best make treatment better at Sex Offender Rehabilitation and Treatment Services, or SORTS.

Lawyers suing over the program claim it's a prison disguised as a mental health treatment program.

Violent sex predators locked away, but not in prison

In Missouri, residents, one as old as 85, are held indefinitely in the name of a treatment nobody has completed.

Macon Baker has completed his prison term, but is facing his fourth civil commitment trial in a case that could lock him up indefinitely.

SORTS, or Sex Offender Rehabilitation and Treatment Services, in Farmington, Mo., has been expanding since the program to commit sexually violent predators in a secure facility began in 1999. Though the facility looks like a prison and borders a prison, it's a hospital run by the Department of Mental Health. Photo by Jesse Bogan jbogan@post-dispatch.com

Missouri Gov. Jay Nixon takes the podium outside the Sex Offender Rehabilitation and Treatment Services center in Farmington, Mo., on Friday, August 30, 2013, to discuss his veto of House Bill 301 that, he says, would have weakened sex offender laws. Photo by Christian Gooden, cgooden@post-dispatch.com