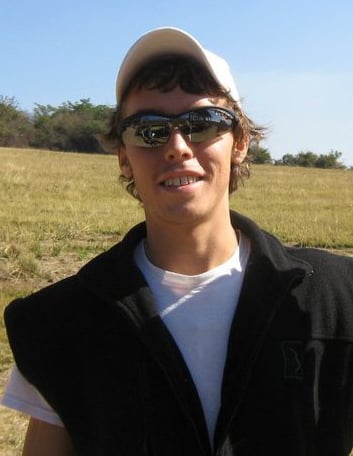 Andrew Oberle in a photo from his Facebook page. The photo is dated Aug. 4, 2010. 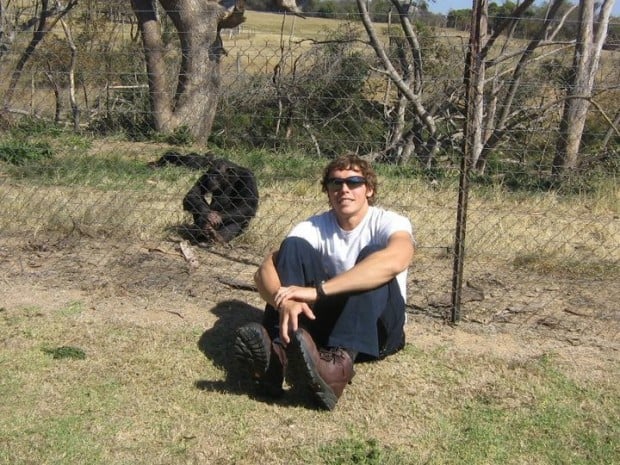 Andrew Oberle with a chimp called Jessica at Chimp Eden in South Africa in a photo from his Facebook page dated Aug. 10, 2010.

A graduate student from St. Louis remained in critical condition Saturday at a hospital in South Africa after being attacked by two chimpanzees while leading a tour at a sanctuary on Thursday.

Family members of Andrew Oberle, 26, were told Saturday morning that his condition had not changed. Oberle was under intensive care after undergoing surgery at MediClinic Nelspruit in Nelspruit, a city east of Johannesberg in eastern South Africa.

Oberle's sister, Elizabeth Sosa, said Saturday that he had lost his ears, his left arm and all his toes in the attack. Oberle's mother, Mary Flint, was on her way to South Africa to be with him. His father, Andrew Oberle Sr., planned to fly there Sunday.

Oberle grew up in south St. Louis and attended St. Mary's High School. He was studying anthropology and primatology at the University of Texas at San Antonio. For about a month, he had been studying and working at the Jane Goodall Institute's Chimp Eden sanctuary near Nelspruit.

The sanctuary is a refuge for chimpanzees rescued from the illegal pet and bushmeat trades and the entertainment industry. It has been closed to the public pending an investigation of the incident.

South African conservationist Eugene Cussons, who manages the sanctuary, said it was the first such attack since he, working with the Jane Goodall Institute, converted part of his family's game into the sanctuary in 2006.

Cussons said it was the first time he had asked Oberle to speak to visitors to the sanctuary. Oberle had returned to the sanctuary last month after an extended visit there to observe chimps about a year ago.

Cussons said Oberle broke rules by going through the first of two fences that separate people from the chimps. The chimps grabbed him and pulled him under the electrified second fence, then dragged him about six-tenths of a mile, biting him repeatedly. Cussons said it was unclear why Oberle had been so close to the fence.

"Chimpanzees are wild animals and are defensive of their territories," Cussons said. He said chimps are often very strong and may be aggressive if they are approached or feel threatened.

Cussons said the rescued chimps at Chimp Eden also have been abused or injured by people and must be treated with caution.

Cussons also was attacked as he went to Oberle's aid and had to fire a gun into the air to scare the chimps away.

"Everyone at Chimp Eden is hurting," said Cussons, who hosts the Animal Planet TV show "Escape to Chimp Eden."

Flint said Friday that chimpanzees had been her son's passion since seventh grade, when he saw a documentary about Goodall's work with the animals.

In 2009, a Connecticut woman, Charla Nash, was attacked by a friend's chimpanzee that ripped off her nose, lips, eyelids and hands. Nash was blinded and has had a face transplant.

St. Louisan was leading a tour at an animal sanctuary when he was pulled under a fence by two chimps.

Andrew Oberle in a photo from his Facebook page. The photo is dated Aug. 4, 2010.

Andrew Oberle with a chimp called Jessica at Chimp Eden in South Africa in a photo from his Facebook page dated Aug. 10, 2010.