ST. LOUIS — Be careful what you pack before traveling to the airport.

Officers with the U.S. Transportation Security Administration have confiscated 50 firearms at checkpoints at St. Louis Lambert International Airport this year — and other items such as an inert grenade and brass knuckles.

In fact, the number of firearms confiscated at Missouri’s airports this year has increased from 2018, and it’s likely more will be seized as the busy holiday travel season ramps up.

Statewide, that's a total of 131 guns stopped so far this year at Missouri airports, compared to 116 in all of 2018, according to Sari Koshetz, a spokesperson for the Transportation Security Administration.

Since 2013, 671 firearms have been intercepted by TSA officers at airports in Missouri. Koshetz said the number of firearms found at checkpoints increases during the holiday travel season.

"Unfortunately, we do see an escalation in the number of guns during the holiday period, due to the increase in the sheer volume of travelers and also because some of the passengers do not fly very often and may not be focusing on what's inside their bag when they head to the airport," Koshetz said.

Beyond guns, TSA has uncovered some unusual items.

One security screening lane was closed for about 30 minutes at Lambert on Feb. 23 when a passenger packed what the TSA refers to as “Grandpa’s grenade” in a carry-on bag. It was inert.

"Whenever we find grenades during security screening, our TSA officers need to call on our explosives specialists to evaluate them to determine if they are real or inert," the TSA's Jay Wagner said in one of his weekly blogs for the agency. "This takes time and can cause security to slow down or stop all together."

Brass knuckles with a blade attachment were discovered at Lambert on Feb. 15.

And TSA officers found a hookah, a water pipe, that had been fashioned into a brass knuckles weapon, on Feb. 15 at Lambert.

TSA officers found two high-capacity magazines hidden in an infant's toy at Orlando International Airport this month. The toy and the box were "made to appear to be factory sealed," the TSA said. Local police confiscated the magazines, the TSA said.

"Our officers are very adept and well-trained at locating threat items that have been camouflaged as everyday items," such as a stun gun that looks like a flashlight, Koshetz said.

The agency documents the weapons discovered at checkpoints. In a recent two-week stretch, TSA officers screened 31.7 million passengers nationwide from Nov. 4-17 and found 205 firearms in carry-on bags. Of the 205 firearms discovered, 176 were loaded and 72 had a round chambered.

Bringing a firearm to the security checkpoint may result in a civil penalty of up to $13,333 and a disqualification from TSA Pre✓®. Repeat violations will result in higher penalties. Koshetz said the traveler may also be arrested by local police, depending on the local laws. The laws vary by airport and state, she said. "It's the responsibility of the traveler to know the laws at their originating airport and destination airport," Koshetz said.

One holiday travel tip: Pies, cakes and other baked goods are welcome through the checkpoints. However, liquids such as eggnog and maple syrup should go into checked bags.

The husband of Margaret Unger previously said she had a mental illness and wandered into the woods near their home where he could not find her.

The suspect drove into a field before exiting his vehicle and firing a shot at officers. Officers then shot the man, who later died.

The Justice Department says "Operation Legend" will bring 50 federal investigators to the city as part of a $1 million grant.

The man's body was recovered near Pelican Island on July 30. Authorities say he jumped from the Veterans Memorial Bridge. 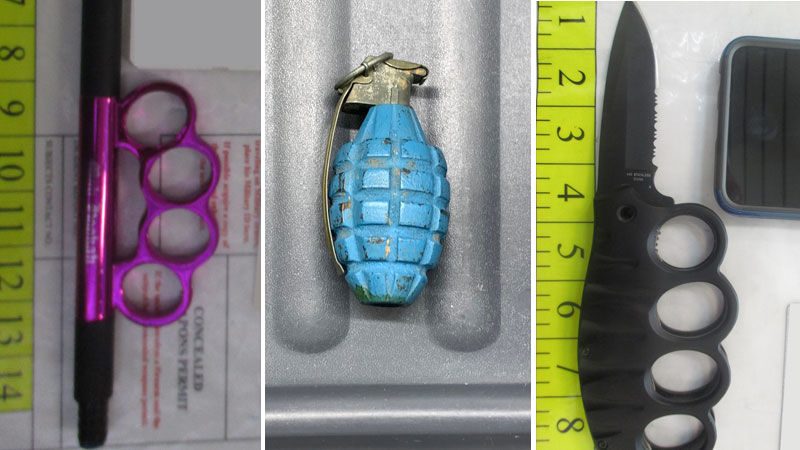 Some of the items TSA has confiscated at Lambert International Airport in St. Louis in 2019. Photos from TSA 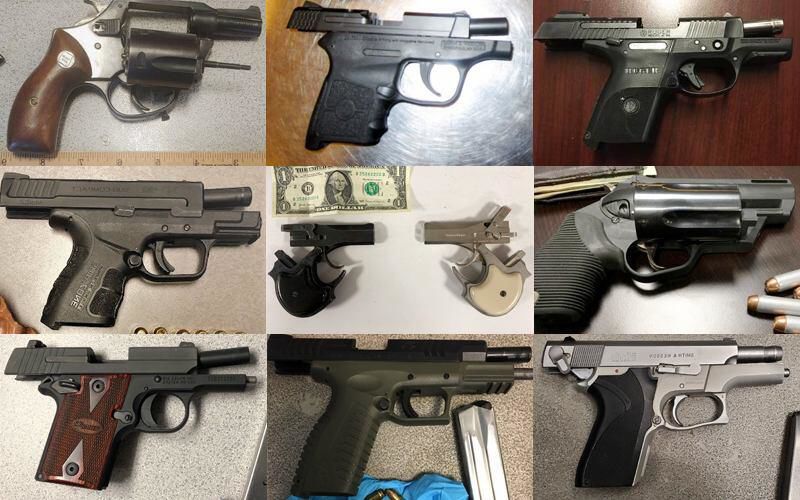 This collection of photos from the TSA shows some of the 205 firearms discovered at checkpoints nationwide between Nov. 4-17, 2019. Of those, 176 were loaded and 72 had a round chambered, the TSA reports. 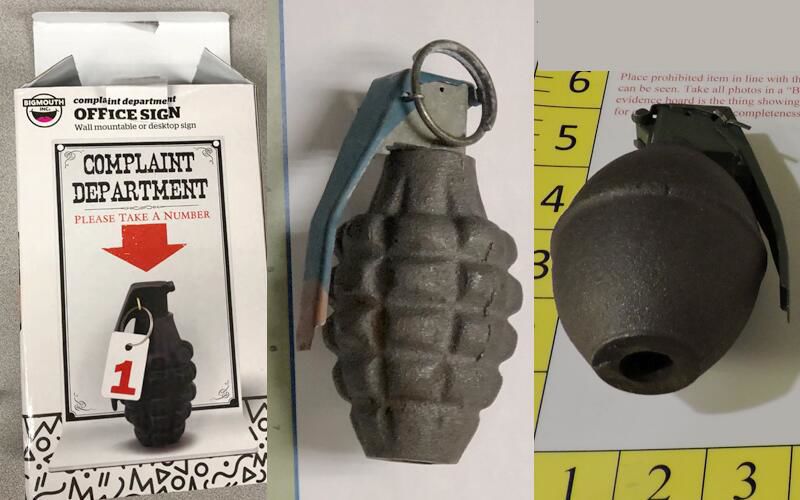 Grenades, real or fake, aren’t allowed in carry-on or checked bags, the TSA said. These photos from the TSA show grenades found at checkpoints nationwide from Nov. 4-17, 2019. From left, a replica grenade was found in a carry-on bag at the Atlanta airport Nov. 4. In the center, an empty grenade found at Detroit Wayne County Airport during checked-bag screening on Nov. 11. And, on right, a baseball grenade found in a checked bag Nov. 14 at Arkansas Fort Smith Airport. 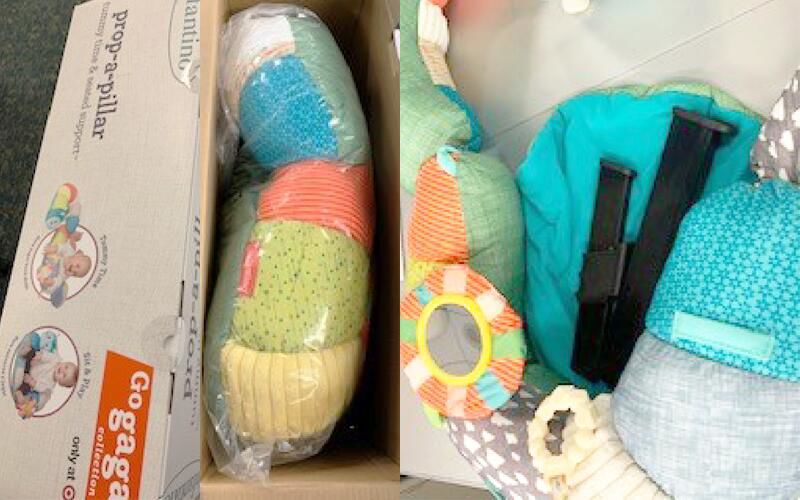 TSA officers found two high-capacity magazines hidden in an infant's toy at Orlando International Airport in November 2019. The toy and the box were "made to appear to be factory sealed," the TSA said. Local police came and confiscated the magazines, the TSA said.