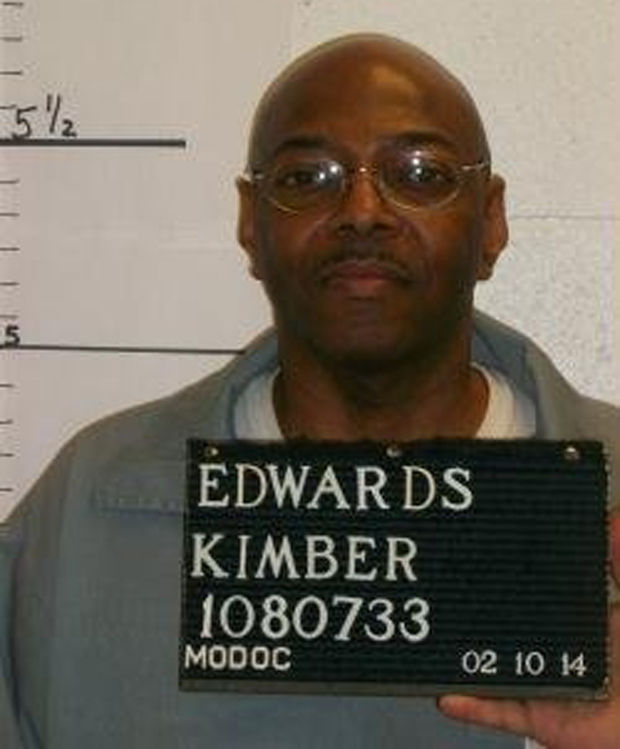 Kimber Edwards was sentenced to death for the 2000 murder of Kimberly Cantrell. 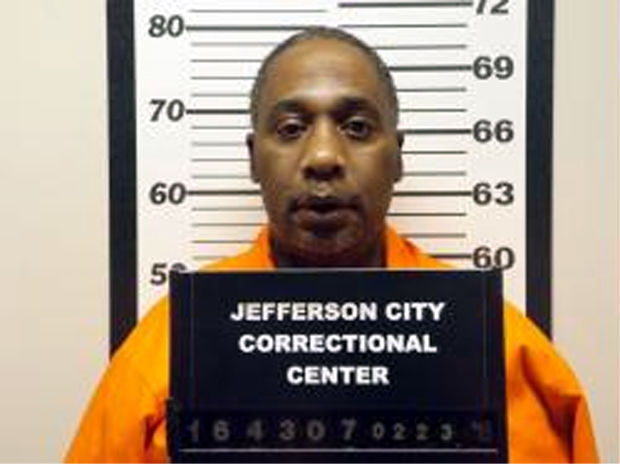 Orthell Wilson, serving a life sentence without parole in the death of Kimberly Cantrell in 2000.

One was a statement by Orthell Wilson, who said Edwards hired him to kill Edwards’ ex-wife, Kimberly Cantrell, in 2000. The other was a confession from Edwards.

With Edwards’ execution set for Oct. 6 at 6 p.m., his lawyers are trying to cast doubt on both statements — and his guilt.

Wilson, who is serving a life sentence without parole, has recanted his statement, telling a Post-Dispatch reporter this year that he acted alone and that he had lied about being hired by Edwards. He then signed an affidavit saying so.

Edwards claimed at his trial — and ever since — that he was innocent. In new appeals, his lawyers point to the possibility that police coerced his confession. They claim Edwards has a form of autism that could have made him vulnerable to aggressive interrogation techniques, leading him to make a false confession.

On Friday, attorney Kent Gipson, of Kansas City, petitioned the state Supreme Court to throw out the conviction for murder and armed criminal action, and the death sentence, and appoint a special master to review Edwards’ innocence claim. The court in July denied a similar request to study Edwards’ claim of innocence.

A representative for Missouri Attorney General Chris Koster said it was the policy of the office not to talk about pending cases.

Cantrell, 35, was shot twice in the head in her University City apartment in the 1100 block of Midland Avenue. Authorities said Edwards hired Wilson to kill Cantrell to prevent her from testifying in a child-support hearing.

St. Louis County Prosecuting Attorney Robert McCulloch did not respond to a request for comment.

The St. Louis area saw a false confession in at least one other high-profile murder case. In the 1991 murder of Robin and Julie Kerry, their cousin Thomas Cummins confessed that he pushed them off the Chain of Rocks Bridge, then said police had coerced and scripted a confession. Four other men were later convicted of raping and murdering the sisters.

Charles Honts, a psychology professor at Boise State University and an expert on interrogations and confessions, filed an affidavit in Edwards’ case. He noted that in exoneration cases studied by the Innocence Project, 27 percent included a false confession or an admission that contributed to the wrongful conviction.

Honts noted there were no recordings made when police questioned Edwards in two sessions, each lasting nine hours.

Recording interrogations is considered best practice, he said. Without a recording there is no way to know what tactics were used, how many officers participated in the questioning, and how the isolation and pressure affected Edwards, Honts said.

Edwards also has an abnormal demeanor due to a diagnosis of Asperger’s syndrome, which is characterized by difficulties with social interaction.

He noted that people with autism may not pick up on jokes, innuendo or figures of speech. They may giggle at serious moments, causing some to think they lack empathy. Under questioning, they may say things that aren’t true.

“I’m not here as an anti-death penalty advocate at all,” he told a reporter Monday. “But there is enough information that hasn’t seen enough of the light of day.”

Honts, the expert who filed an affidavit in Edwards’ case, said aspects of Edwards’ confession don’t add up. On days when Edwards told police he met with the hit man, there are receipts that show he was in Orlando, Fla. And Edwards spoke of Wilson working with someone named Mike. But Wilson said there was no such person.

Tricia Bushnell, legal director of the Missouri Innocence Project, said police investigations can be unfair when officers think they have the right guy and gather evidence to support that belief. After hours of questioning, a suspect may “not be in a position to say anything other than what they want to hear.”

Editorial: Jay Nixon and the case of the recanting hit-man

Kimber Edwards might be innocent. Missouri wants to execute him anyway.

He will now serve life without parole; he had been scheduled to die by lethal execution Oct. 6.

Psychology expert says confessions could have been coerced

Since 2000, Missouri has executed 50 men. Here are the details of the crimes that sent these men to the execution chamber. Descriptions of the…

Kimber Edwards was sentenced to death for the 2000 murder of Kimberly Cantrell.

Orthell Wilson, serving a life sentence without parole in the death of Kimberly Cantrell in 2000.