JEFFERSON CITY — Gov. Mike Parson is eyeing the final week of July to bring lawmakers back to the Capitol for a special session on crime.

Although a specific date has not been announced, Parson has repeatedly said he wants the Republican-led Legislature to send him changes in state law designed to curb violence in Missouri’s urban centers.

Before the pandemic, the Republican had been running for a full, four-year term by touting the state’s robust economy. But, with the state’s economy battered by the effects of the coronavirus, the former sheriff might be pivoting to crime as his top campaign theme.

On Thursday, Parson linked a spike in violent crime to ongoing protests, arguing that police are spending their time monitoring protests instead of fighting crime.

“We still got protests going on all over the state. That totally takes all the resources, or a lot of resources, from fighting violent criminals and that’s been going on for weeks and months and that’s going to continue to go on,” Parson told KMOX (1120 AM). “This is not about peaceable protests — it’s about violent criminals, and every day we are taking away resources from those officers to fight them — it’s a problem for our state and it’s coming right before our eyes. And I’m going to be picking up the pace.”

The potential special session comes as homicides are again flaring in St. Louis. The year’s death count in the city is at least 116, up from 95 during the same time last year.

Kelli Jones, a spokeswoman for the governor, did not deny the session could start the week of July 27.

“Nothing has been confirmed,” she said.

The session, which would occur just a week ahead of the Aug. 4 primary election, comes as the governor has been bombarded with requests for special sessions following the Legislature’s adjournment in May.

Issues that could be on the table in a special session include a witness protection program, which could help police solve more crimes by allowing witnesses to come forward without fear of reprisal from gangs.

In addition, lawmakers could discuss a proposal to give Attorney General Eric Schmitt “concurrent jurisdiction,” allowing him to intervene in local homicide and carjacking cases.

Schmitt, a Republican, has complained that Gardner, a Democrat, isn’t prosecuting enough people accused of various crimes, allowing violence to get out of hand in the city.

Parson has fielded requests for other subjects to be dealt with in a special session, including one from the Missouri Chamber of Commerce and Industry seeking a law that would give businesses such as nursing homes protection from lawsuits due to coronavirus.

A coalition of mayors want lawmakers to return to approve a bill requiring the collection of online sales taxes as a way to replace revenue lost because of stay-at-home orders.

The state board of education also is interested in a special session to deal with the financial hit school districts have taken from a reduction in state revenue.

The death of George Floyd in Minneapolis and the resulting nationwide protests over policing have pressed states to address issues such as chokeholds and excessive force.

The Legislative Black Caucus wants changes that would address excessive use of force by law enforcement officers against minorities.

While other states put limits on cops, Missouri governor wants to give them more tools

Rep. Shamed Dogan, R-Ballwin, the only Black Republican in the Legislature, said Parson’s agenda was too narrow. 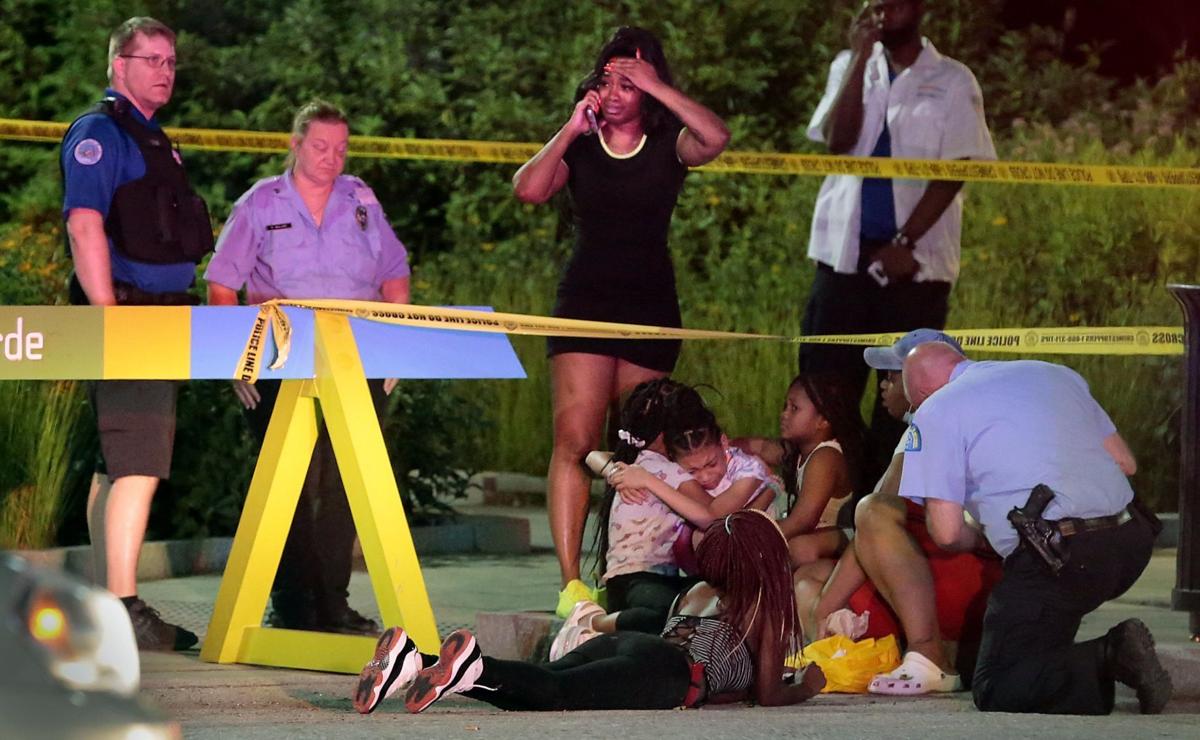 Children embrace as a shooting victim is tended to by police officers at Citygarden on Wednesday, July 8, 2020. Two women and a man were found shot after at least 10 shots were fired in the area. Photo by Robert Cohen, rcohen@post-dispatch.com 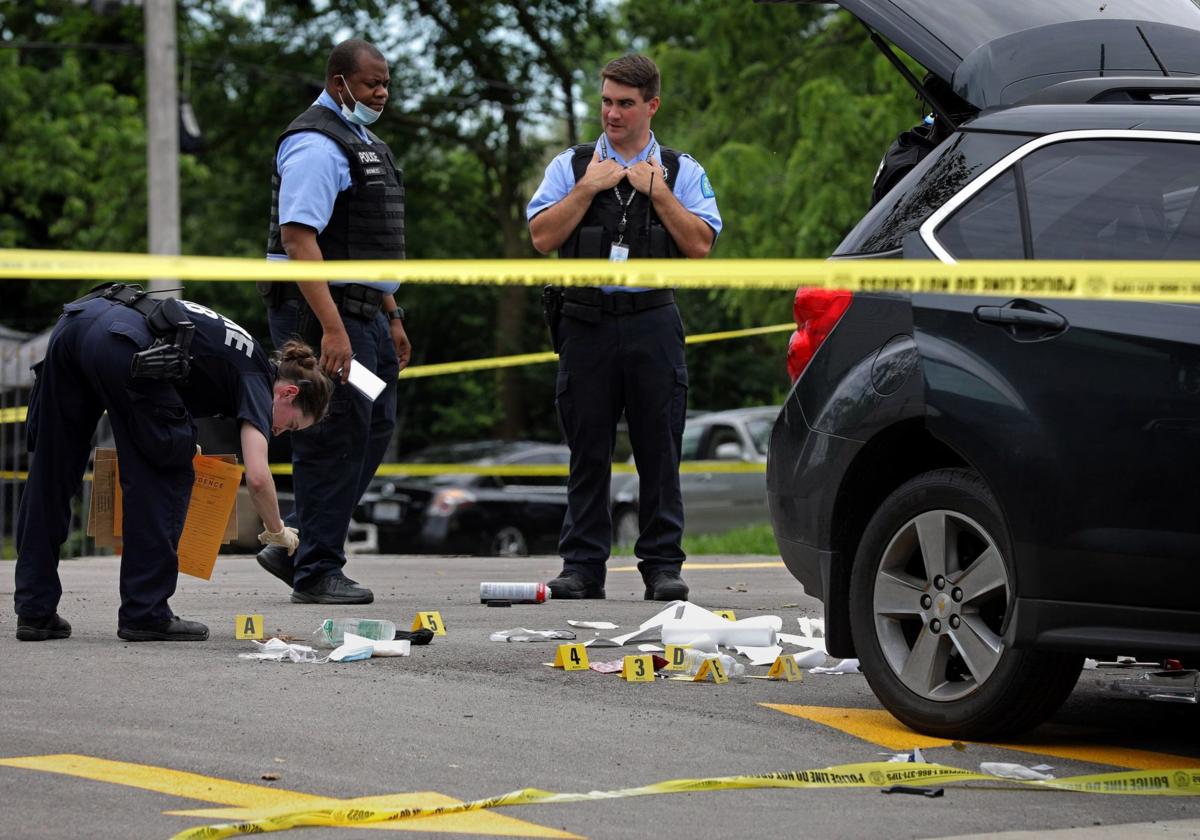 St. Louis police collect evidence at the scene of a homicide on Thursday, June 4, 2020, in the Walnut Park East neighborhood. (Christian Gooden, cgooden@post-dispatch.com) 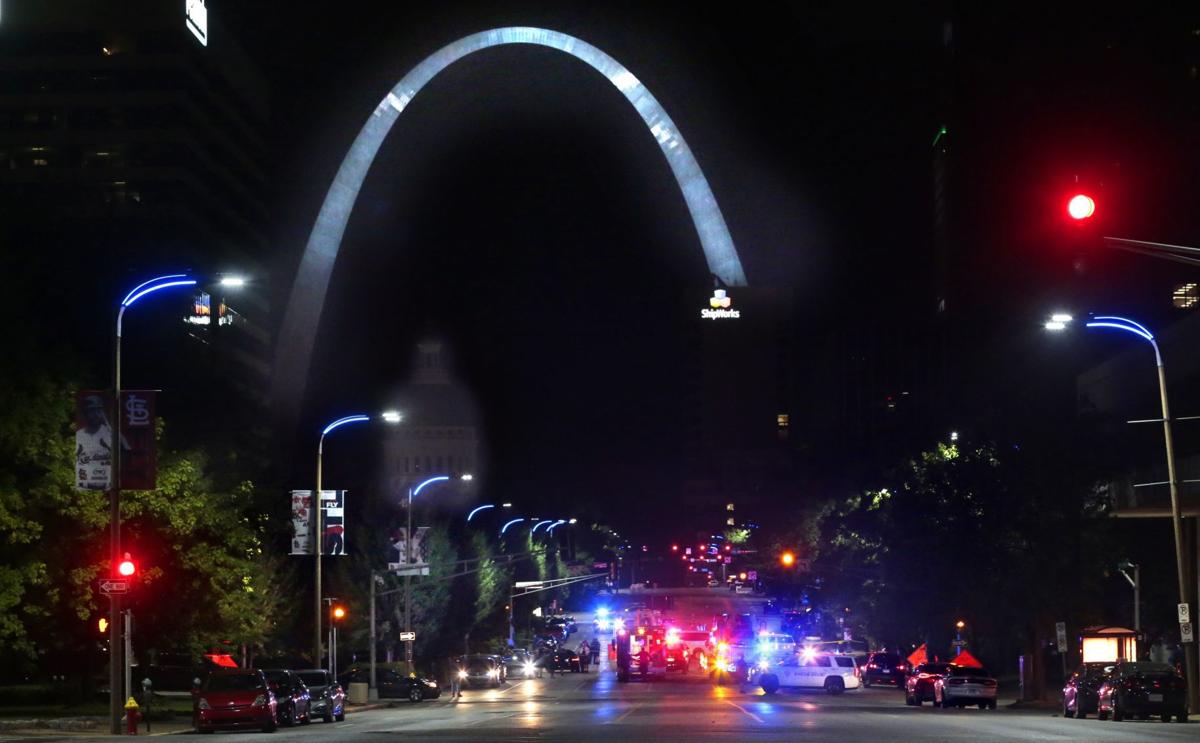 Emergency vehicles block Market Street after three people were shot at Citygarden on Wednesday, July 8, 2020. At least 10 shots were fired in the area. Photo by Robert Cohen, rcohen@post-dispatch.com