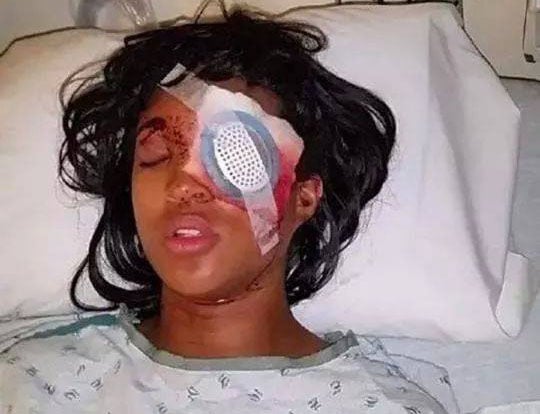 Family photo of Dornella Conner, 24, who was wounded Tuesday 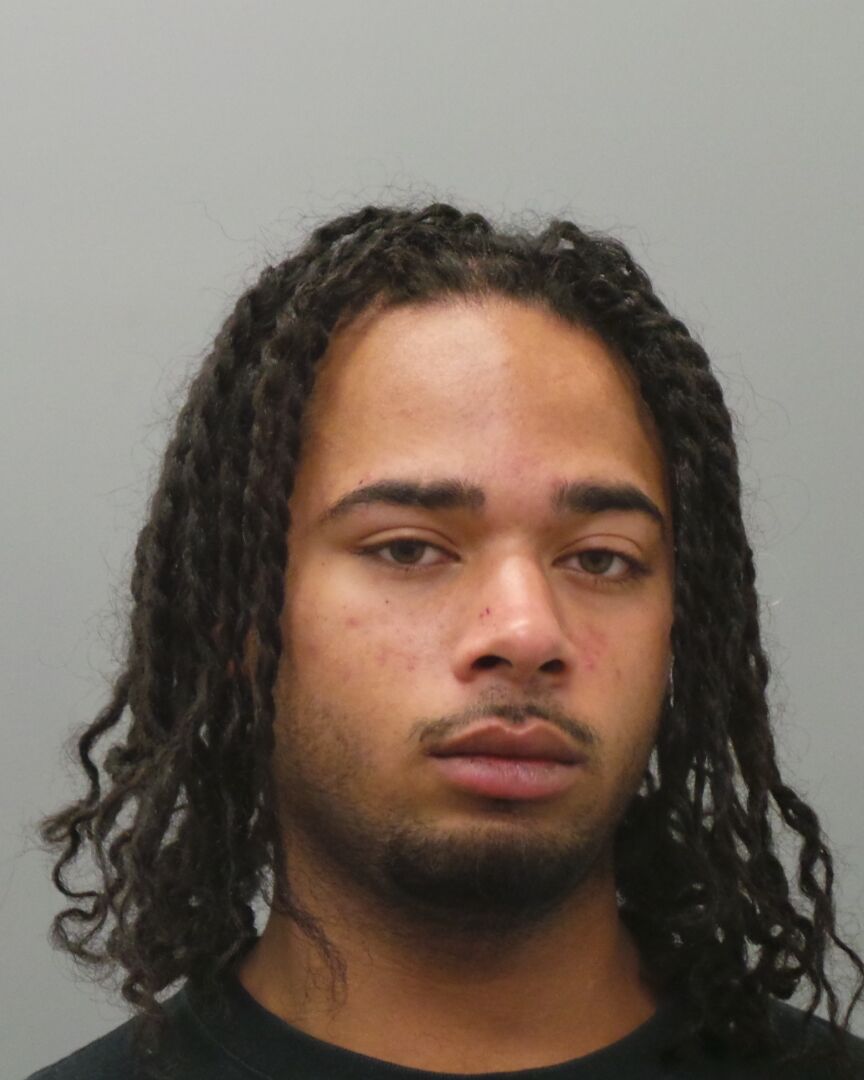 Police mugshot of DeAngelas Lee, charged in St. Louis County with second-degree assault on a law enforcement officer. Police say he drove his car at a detective, who in turn fired a bean bag round at Lee's car. Lee's girlfriend was a passenger in the car and was blinded in one eye.

FERGUSON • A woman has been blinded in one eye after a St. Louis County police officer fired a bean bag round at a car that was allegedly trying to run down officers in a gas station parking lot in Ferguson early Tuesday morning.

The injured woman is Dornella Conner, 24, of St. Louis. She is a few months pregnant, but her fetus was unharmed, Conner’s father told the Post-Dispatch. Conner lost her left eye and is having trouble focusing with her right, said her father, Donnell Conner of O’Fallon, Mo.

“I see her like this and I am hurt and confused,” he said. “She’s very depressed. Very emotional.”

It’s one of the most serious injuries since protests erupted after a grand jury decided not to indict Ferguson police Officer Darren Wilson in the shooting death of unarmed teenager Michael Brown.

Area hospitals report treating 31 people related to the most recent round of unrest; seven had been admitted, as of Thursday afternoon.

Conner was hurt while she was a passenger in a car driven by her boyfriend. She and her boyfriend had gone to Ferguson late Monday night “just to be there,” her father said. “Like the young people do, in support, like kids do, but no violence, not looting. She just wanted to be there.”

Conner’s boyfriend, DeAngelas Lee, 21, of Black Jack, is charged with second-degree assault on a law enforcement officer for allegedly driving at the officer. He’s being held in lieu of $50,000, cash-only bail.

According to a probable cause statement by St. Louis County police, officers were in the area late Monday night and early Tuesday morning because of the looting and rioting that came on the heels of the announcement that there would be no grand jury indictment.

About 2 a.m. Tuesday, a detective and three other county police officers were in a car at a gas station at 10600 New Halls Ferry Road where 20 or 30 people had gathered. The police car had its emergency lights on, and the detective was wearing clothes that clearly indicated he was police, the court papers say.

Fearing for his life, the detective shot a bean bag round into the car, shattering the front passenger-side window, according to a statement by police.

The speeding car veered around the detective and drove off down New Halls Ferry Road. No officers were hit by the car. Later, the car was stopped at a checkpoint in Jennings, and Conner was transferred to Barnes-Jewish Hospital for treatment. Lee was arrested. Court papers allege he admitted that he had driven his car directly at the officer.

Police say 16 others were arrested after the incident in the parking lot Tuesday morning.

“I will have justices for what they did too me but I happy im alive thank u Jesus love u everyone,” according to a Facebook post by Conner, written under an alias.

On Friday night, the Conner family was celebrating the eighth birthday of Dornella Conner’s oldest daughter. She has another daughter who is 2. They were eating birthday cake and ice cream, but soon she was not feeling well and her family helped change her eye pad and gave her medicine, her father said. She declined to be interviewed.

But Dornella Conner did post an explanation on social media about the night she was hurt. She said she was not protesting or looting. She said she was at the gas station getting gas and snacks and trying to get home. She said the police cars pulled up and blocked her boyfriend’s car.

Now she said her boyfriend will lose his job for being jailed, and she will lose hers because she is blinded in one eye. Donnell Conner said his daughter was training for night packing and assembly line work.

Donnell Conner said doctors told the family that his daughter had glass and other debris in her eye, perhaps because the bean bag had ruptured. She was given a prosthetic eye, but doctors cannot put a lens in yet, he said.

Samantha Liss is a business reporter at the Post-Dispatch. Follow her on Twitter @samanthann and the business section @postdispatchbiz.

Family photo of Dornella Conner, 24, who was wounded Tuesday

Police mugshot of DeAngelas Lee, charged in St. Louis County with second-degree assault on a law enforcement officer. Police say he drove his car at a detective, who in turn fired a bean bag round at Lee's car. Lee's girlfriend was a passenger in the car and was blinded in one eye.