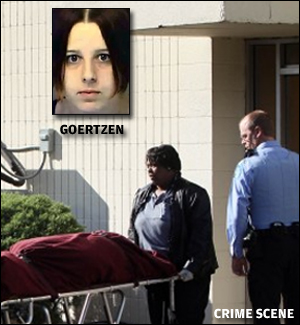 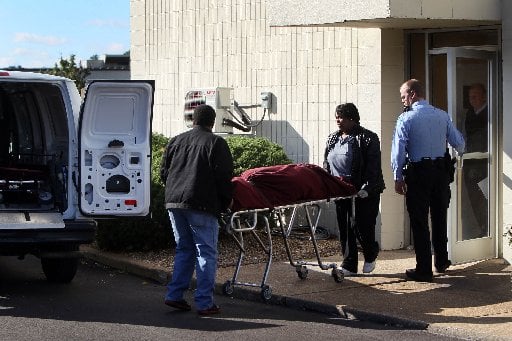 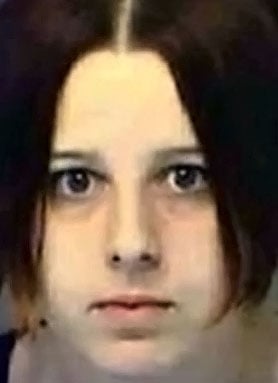 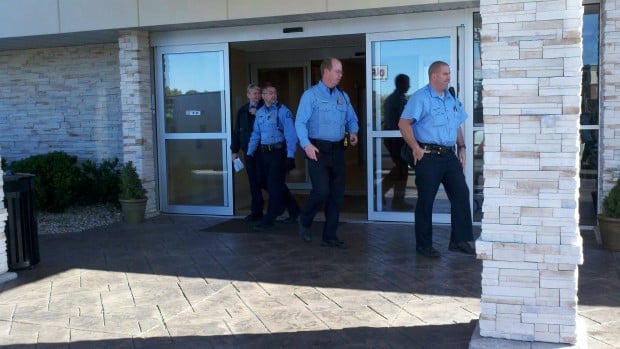 ST. LOUIS • A woman from a suburb of Peoria, Ill., was found slain Thursday morning in the bathtub of a room at a Holiday Inn in south St. Louis, police said.

"The victim's wrists, ankles and neck were bound," a police report said.

The hotel is at 5915 Wilson Avenue off Hampton Avenue, just south of Interstate 44.

Several staff members of the Texas Rangers baseball organization were staying at the hotel for the World Series against the Cardinals. Police do not believe Goertzen was connected to the Rangers ballclub.

Reached by telephone Thursday night, Donald Goertzen, a relative of the victim, would not comment.

Police said they found Goertzen bloodied and with bruises on her face.

Capt. Michael Sack of the St. Louis Police Department said a housekeeper discovered Goertzen's body in the bathtub after drawing back the shower curtain.

"There were certainly obvious signs of violence to the victim," Sack said.

Police believe Goertzen had been staying in the room for a couple of days but could have been killed up to 24 hours before she was found.

Police were interviewing other hotel guests and checking surveillance footage for leads.

Public records show Goertzen served a two-year prison sentence in 2004 for violating probation on a 2002 retail theft conviction from Tazewell County, where Morton is situated. She was also arrested in 2008 in Peoria on suspicion of drug possession, records show.

An autopsy is scheduled for today.

One guest, Natasha Radny, 28, of Melbourne, Australia, said she was staying on the seventh floor with her boyfriend, Jason Stolarski, 32, of Cicero, Ill. Radny said that they had not heard anything suspicious and that she was surprised to hear of the woman's murder.

"You only hear this in the movies or CSI," Radny said. "That's just insane. Wow."

Michael Mabe of Dallas, who sells season tickets for the Texas Rangers, has been staying at the hotel to attend the World Series here. He said was surprised by the crime but said he didn't feel unsafe in the city.

Still, he said, "if it comes to the sixth and seventh game, I probably wouldn't want to stay here (at the hotel) again."

Another Rangers employee, Tera Bryant, 25, of Dallas, was waiting for the hotel elevator on Thursday morning when the doors opened and she saw police in the elevator with a body bag.

"I waited for the next elevator," she said.

Reporter Andy Kravetz of the Peoria Journal Star contributed to this report.

EDITOR'S NOTE: An earlier version of this story contained an incorrect age for Goertzen and an incorrect detail about the crime scene, both provided by police. This version has been corrected.

The man was found dead after a standoff with police at a motel in central Illinois.

The man was seen struggling on the tracks at about 7:45 a.m. today.

The victim was found in the street about 9:45 p.m., suffering from gunshot wounds to his leg.

She collapses on witness stand.