Packers vs. Rams: Follow the latest scores and updates from the NFL playoffs

OLIVETTE — The woman fatally injured when a motorist drove into Starbucks on Saturday was 73-year-old Glenda M. Simmons, a customer who stopped in briefly to pick up a latte.

Simmons was a longtime teacher in the University City School District. She was known as Glenda Young when she taught fifth and sixth grades at Barbara C. Jordan Elementary School, a family spokesman said. She retired after winning the district’s teacher-of-the-year award in the 2005-2006 school year.

Simmons lived in the 8300 block of Richard Avenue in University City.

Richard Zalasky, an attorney hired by Simmons’ widower, told the Post-Dispatch on Monday that Simmons and her husband, Joseph Simmons, had breakfast together Saturday morning, then stopped at the Starbucks at 9200 Olive Boulevard in Olivette about 10:40 a.m.

Joseph Simmons referred a reporter to Zalasky to speak on the family’s behalf. Zalasky said Joseph Simmons waited in the car while his wife went inside for the latte; he saw the Audi SUV slam into the store, appear to stop, then accelerate again.

The SUV ran over Simmons and injured a half-dozen other people, authorities said. The vehicle drove well into the store, leaving shattered glass, broken tables and other debris behind. The driver of the SUV, a man in his 70s, was uninjured. The driver didn’t complain of having any medical condition causing the crash, Olivette fire Chief Steve Carman said. Police have not said if the driver was arrested or cited for his role in the crash.

Joseph Simmons ran into the store to find his wife of three years bleeding from a head injury. She told her husband she loved him, Zalasky said. She was rushed to Barnes-Jewish Hospital, where she died.

“We’re not sure if the vehicle struck her or whether debris from the crash hit her,” Zalasky said.

The fire chief said the SUV hit the woman. People inside the store were pulling her from beneath the vehicle by the time paramedics arrived, Carman added.

After checking on his wife, Joseph Simmons talked with the male driver of the SUV who said his “foot slipped off the brake onto the accelerator,” Zalasky said.

Police have not verified the account provided by Joseph Simmons through his attorney. David Wolf, the police chief of Olivette, said the case was still being investigated and refused to say if the motorist was cited or arrested. City Manager Barbara Sondag was not available.

Zalasky said Joseph Simmons hired him to investigate the crash for the family and to pursue litigation against the driver and any other responsible party such as the building owner. He said they were investigating if the building had barriers to prevent cars from entering.

Carman said there were no posts nor safety bollards outside the store, which is one of the shops in Price Crossing near Price Road. No one answered the phone at the store on Monday.

The city of Olivette released a statement Saturday on the city’s Facebook page, saying, “On behalf of the Olivette City Council and the City of Olivette, we extend our condolences and deepest sympathies to the family and friends of the woman who passed away. To all who were injured, we wish you a speedy and complete recovery.”

Carman said paramedics took two people to hospitals. One was Simmons. The other person suffered minor injuries. Carman said, “There were probably about five people walking around at the scene that had minor cuts and scrapes,” he said. They were what the fire chief referred to as “walking injuries,” people tended to by paramedics at the scene and who may have gone to a hospital on their own.

Paramedics examined the driver but he wasn’t injured, Carman said. 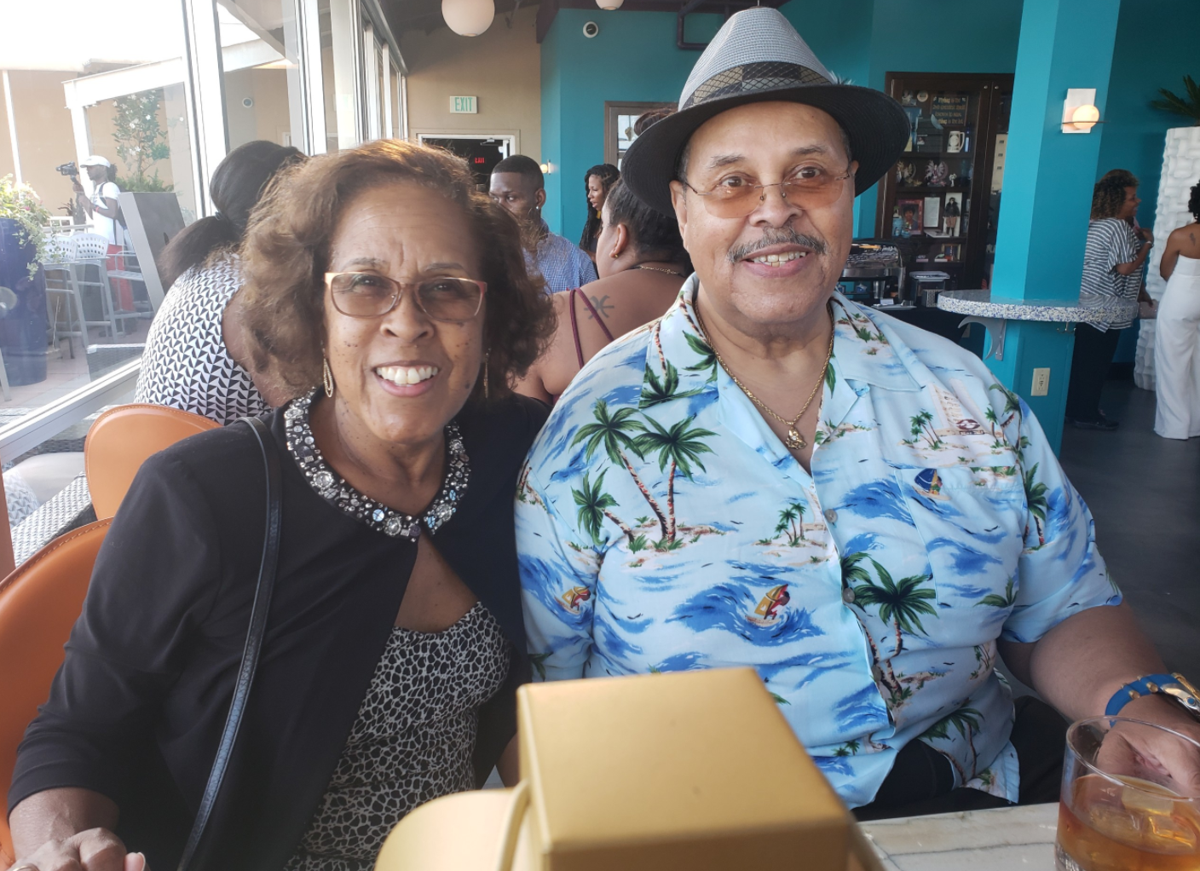 Glenda Simmons and husband Joseph Simmons III, in a photo provided by the family. 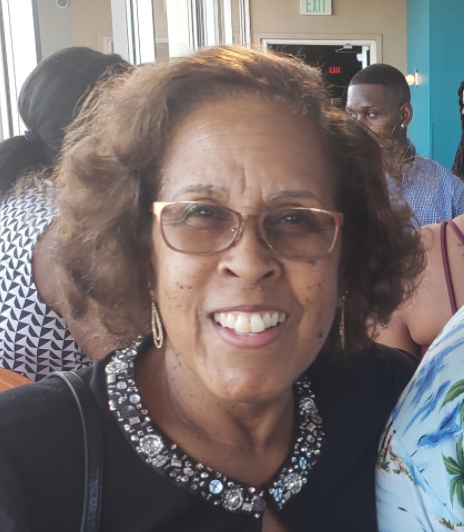 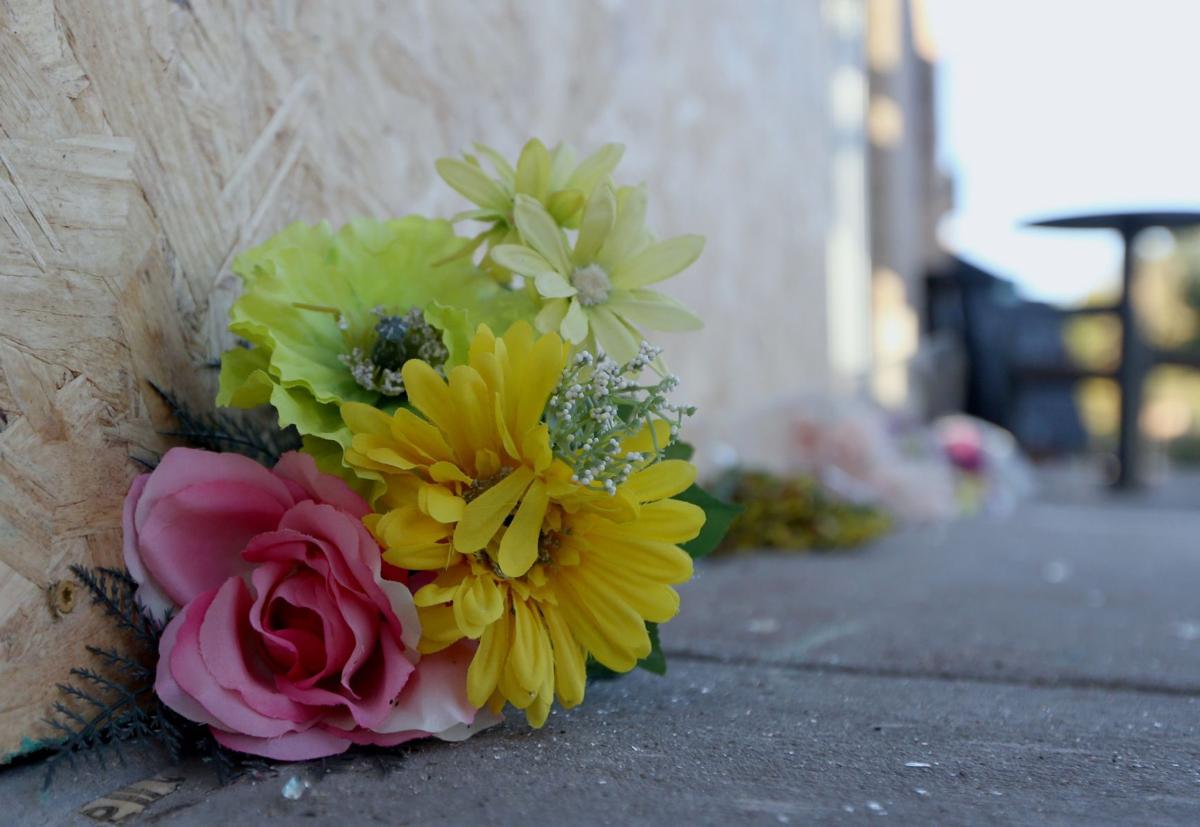 Several flower bouquets lie outside a boarded-up window at the Starbucks along 9200 Olive Street on Monday, Oct. 5, 2020, in Olivette. Photo by Laurie Skrivan, lskrivan@post-dispatch.com 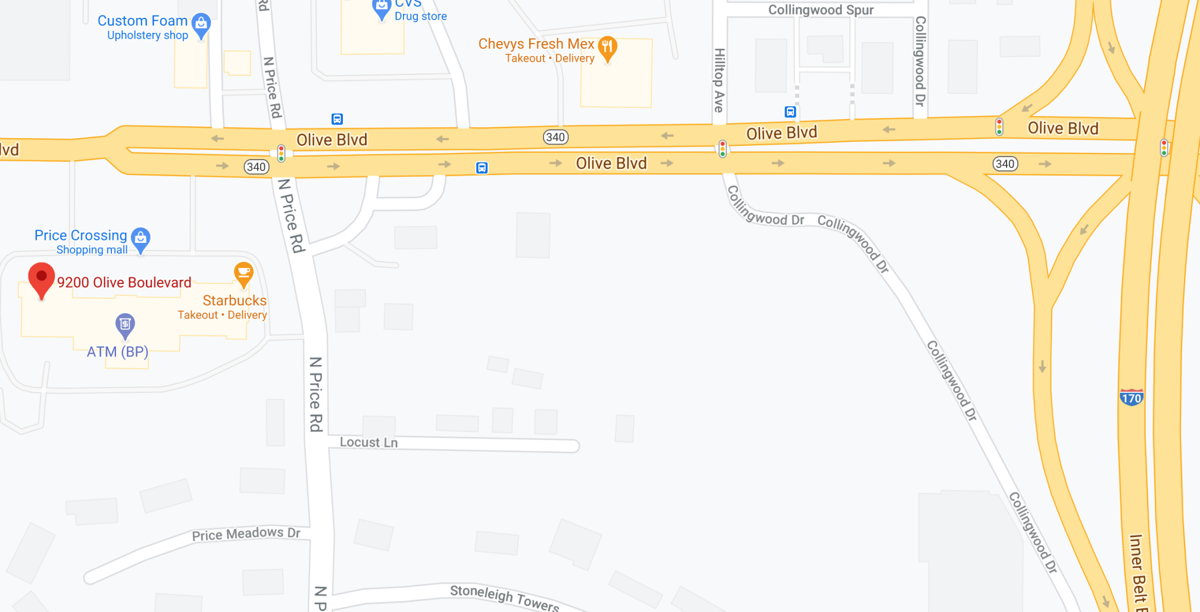 Starbucks at 9200 Olive Boulevard in Olivette, Missouri, via google maps