Woman kills her 5-year-old son, then herself, police say
0 comments
Share this
{{featured_button_text}}
1 of 2 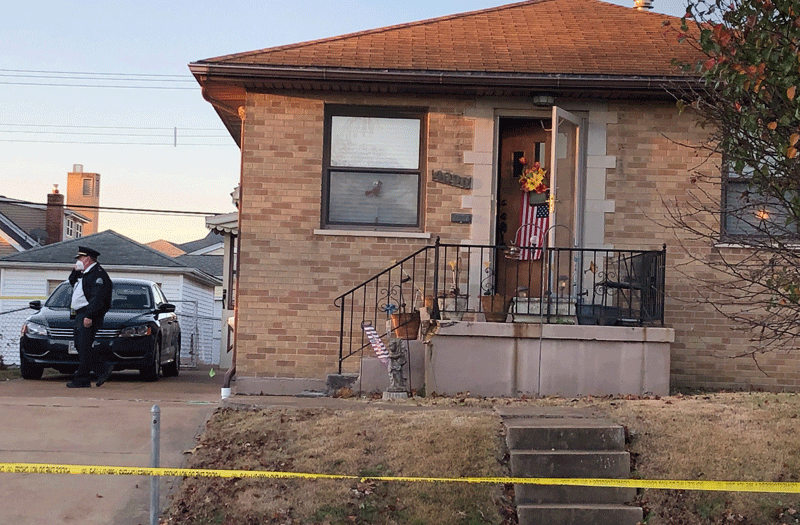 Police wait outside a home on Quincy Street in south St. Louis where investigators said a 25-year-old woman fatally shot her son then killed herself early Wednesday, Nov. 18, 2020. Photo by Kim Bell of the Post-Dispatch. 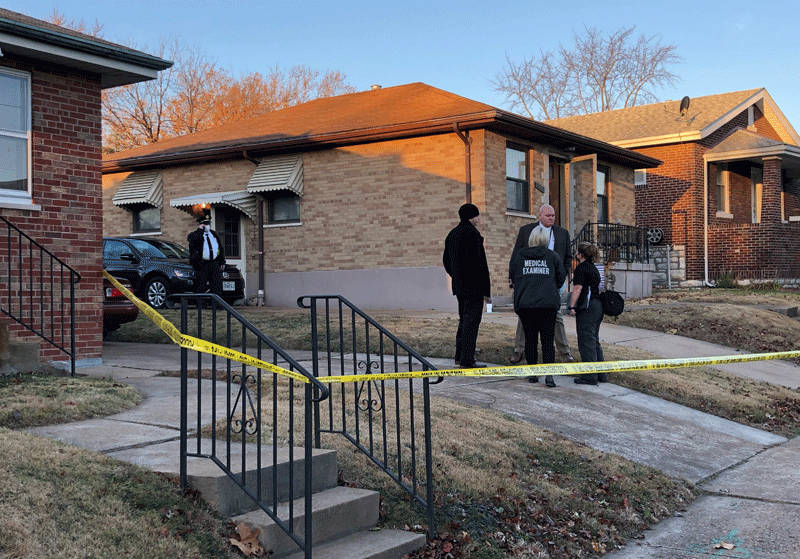 Police officers wait outside a home on Quincy Street in south St. Louis where investigators say a 25-year-old woman fatally shot her son then killed herself early Wednesday, Nov. 18, 2020. Photo by Kim Bell of the Post-Dispatch.

ST. LOUIS — A woman shot and killed her 5-year-old son early Wednesday and then took her own life inside her south St. Louis home as officers waited outside for backup, police said.

The woman, 25, was “acting irrationally” when officers arrived at the home in the 4000 block of Quincy Street, in the Boulevard Heights neighborhood, according to police Lt. Scott Aubuchon, commander of the homicide unit.

A family member who lived in the home with the woman and boy had called police about 6 a.m. “for shots being fired” in the house, Aubuchon said. Arriving officers confronted the woman but decided to retreat from the home because of her behavior and out of concern “she had a weapon on her,” Aubuchon said.

He said the decision by officers to back off was the appropriate move.

Another police commander said the woman appeared to be suffering from a mental impairment.

The officers were securing the scene and calling for additional police assistance when they heard a single gunshot, Aubuchon said. They went back inside the home and found the woman dead of an apparent self-inflicted gunshot wound, he said.

The child also was found dead and investigators were trying to determine if he died before officers first arrived at the scene. Police gave differing accounts of the boy’s age but said later in the day that he was 5.

Authorities have not released the names of the two.

“It looks like it might be a murder-suicide,” Aubuchon said, explaining that officers need to learn more, such as the background of the woman, before saying definitively that she killed the boy and herself.

Aubuchon didn’t elaborate on the family member who called police, including whether that person witnessed the shootings.

The small brick home on the tree-lined street was circled by crime-scene tape. A small American flag and a fall floral wreath hung on the front door. The street is southwest of Carondelet Park.

Nearly a dozen officers were at the scene along with a crew from the city medical examiner’s office. They brought the bodies through a back alley to an awaiting morgue van, as neighbors stood on their front porches and watched the officers in front.

Two women, apparently relatives of the family, wept and hugged one another on a nearby street corner as a detective talked to an older woman sitting in a police cruiser. The women declined to speak to a reporter.

Two neighbors who moved in across the street five months ago said they didn’t know the mother or her son and rarely saw them leave the house. One neighbor said he saw a woman banging on the side door of the home a few hours before the shooting. The neighbor then later heard sirens and looked outside to see police.

Editor’s note: This story has been updated to correct police information on the boy’s age.

If you or someone you know exhibits warning signs of suicide, call 1-800-273-TALK or visit suicidepreventionlifeline.org.

Police wait outside a home on Quincy Street in south St. Louis where investigators said a 25-year-old woman fatally shot her son then killed herself early Wednesday, Nov. 18, 2020. Photo by Kim Bell of the Post-Dispatch.

Police officers wait outside a home on Quincy Street in south St. Louis where investigators say a 25-year-old woman fatally shot her son then killed herself early Wednesday, Nov. 18, 2020. Photo by Kim Bell of the Post-Dispatch.