Woman: Missouri lawmaker told her to deny allegations
0 comments
Share this
{{featured_button_text}}
1 of 2 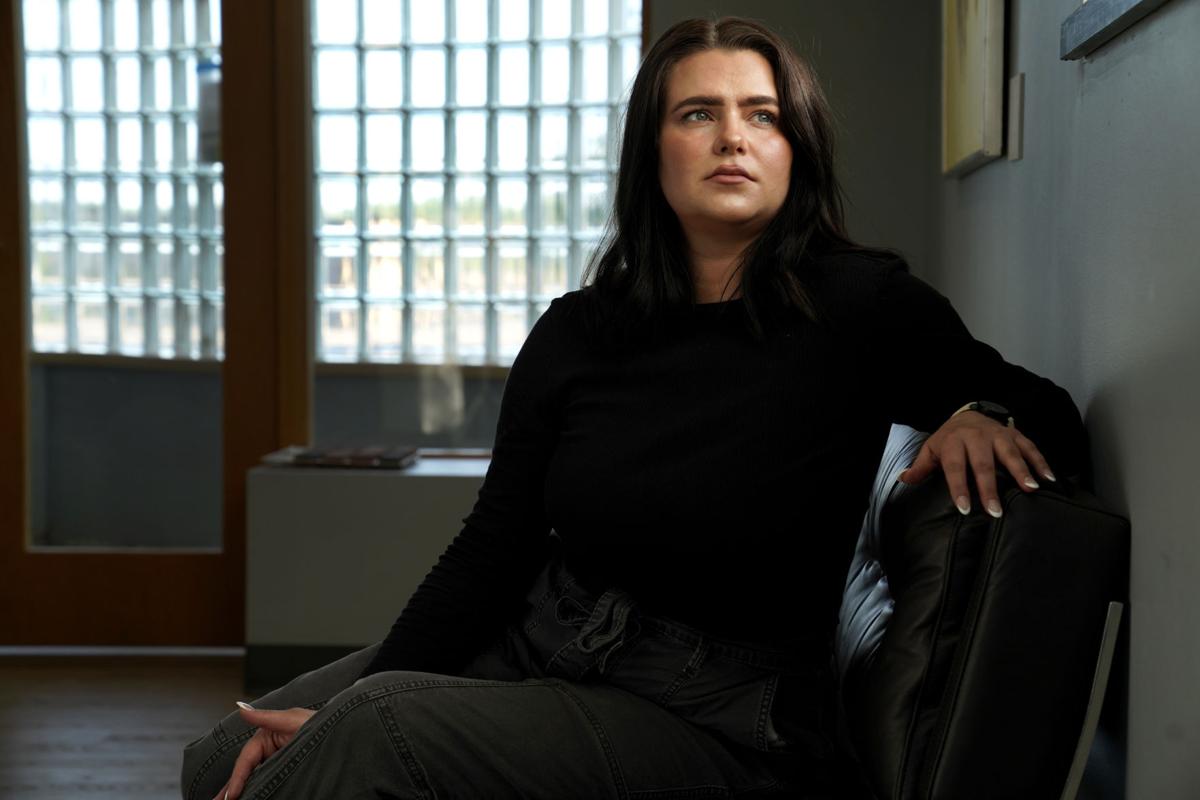 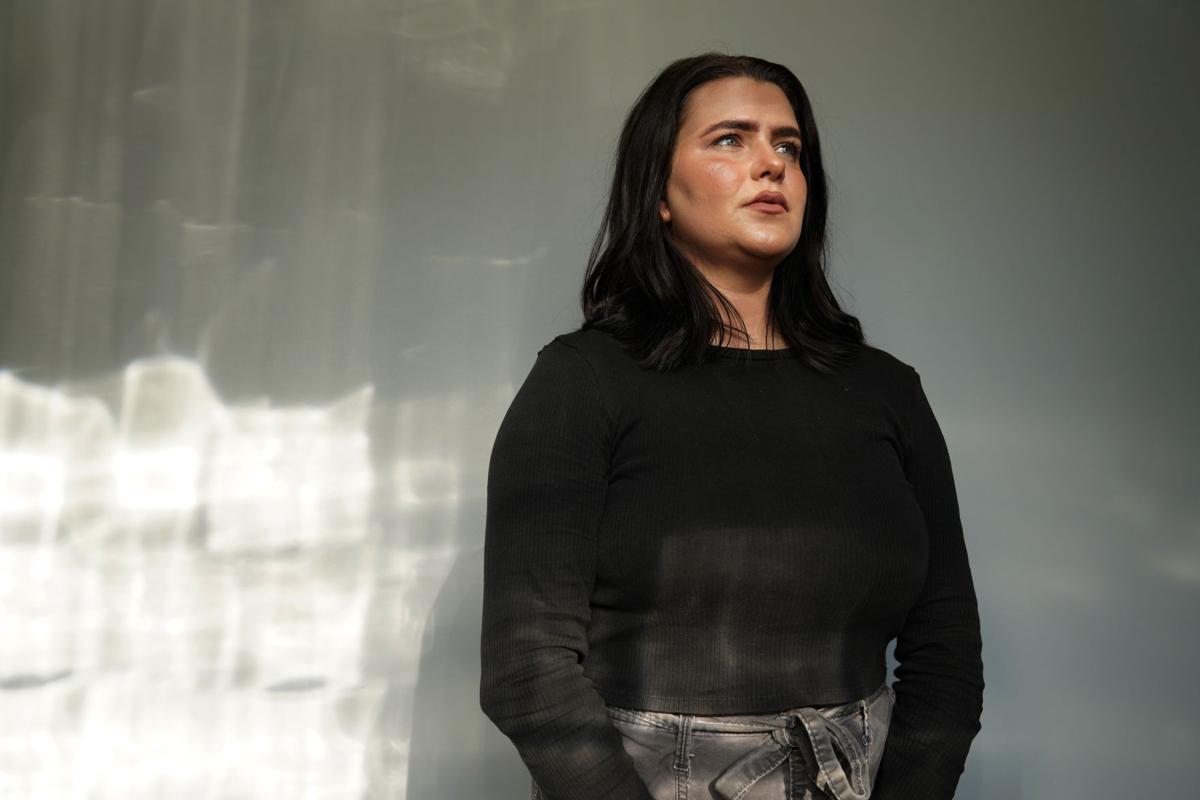 JEFFERSON CITY — A former Missouri police officer campaigning for a state House seat last year repeatedly told a woman to deny that they had sex years ago while she was drunk and he was on duty, the woman says.

Emily Orf, 26, spoke to The Associated Press about her interactions with now-Rep. Chad Perkins, after the allegations became public last month. Orf said the allegations are true. She told the AP that she had not spoken to Perkins for years until he called her last year and suggested that she deny what had happened to a police chief who was investigating.

She said Perkins, a 42-year-old Republican, has been apologetic but told her that if she wanted to avoid getting her name “dragged through the mud,” she could either tell Frankford police Chief Joshua Baker they never had sex or tell him they had sex but not while she was drunk and not while Perkins was on duty as a Bowling Green police officer.

She said he’s called her roughly eight times in the past year to say the same thing and provided AP with screenshots of phone records showing some of the calls and texts from his phone number.

Perkins — who has said the relationship was consensual but denied they had sex when he was on duty or she was drunk — told the AP on Thursday that he never suggested Orf deny anything and “never put any pressure on her to say anything that wasn’t true.”

Orf recalled falling asleep in her car at a park sometime around April 2015, when she was 20 years old, and waking up to Perkins knocking on her car window. She told AP she had gotten into an argument with her then-boyfriend and had been drinking.

Orf said Perkins talked to her about the fight and drove her around in his police car for what seemed like a long time before he had sex with her in the backseat. She said she was still drunk and remembers only bits and pieces.

“He probably should’ve just taken me home to my parents if he knew where they lived, or just let me sleep there so I could fight off my drunk,” Orf said.

Asked by the AP Thursday whether he ever had sex with her while she was drunk and he was on duty, Perkins said: “No, absolutely not.” He said he took her home that night in 2015.

“We did not have sex while I was on duty,” Perkins said. “But even if I did, that wouldn’t have been a crime committed. So why would I lie about any of that?”

Orf said the two had sex again after that but she was also drunk then.

The AP typically does not name victims of potential sexual misconduct, but Orf gave permission to identify her. Orf has hired St. Louis attorney Al Watkins to handle questions.

Orf said she previously knew of Perkins through the federally funded Drug Abuse Resistance Education, or D.A.R.E., program. He was her officer.

Perkins’ law enforcement license is inactive, which means he hasn’t been working as a police officer recently and can’t return to the job immediately.

The allegations became public after Baker, the Frankford police chief, in April forwarded information about it to law enforcement agencies in a position to investigate potential criminal wrongdoing and to state House leadership, who forwarded it to the House Ethics Committee. The Highway Patrol now is conducting a preliminary inquiry.

Perkins officially opened a campaign committee to run as a Republican for state representative in November 2019. Voters elected him in November 2020.

“We can’t prove any of this, Chad needs to win this, it’s important and the girl is loose,” the detective claimed Korte said during a September 2019 conversation, according to a police report.

Korte has denied saying that and has dismissed the claims against Perkins as “sour grapes” brought forward by law enforcement officials with political vendettas.

Perkins made the same argument Thursday and said Baker and the detective are unreliable based on their past behavior during a local election dispute involving Baker’s wife.

“Emily and I are both the victims of a couple of cops that hate me so much they’re willing to humiliate a young woman who didn’t want to have anything to do with this,” Perkins said.

The former Pike County detective in a police report said he first brought the claims to Korte in September 2019 after he anonymously received printed copies of messages between Perkins and the woman.

The woman in a May 2015 message confronted Perkins about him sharing details about their relationship with another person, writing: “I’m sure you left out the part where u were on duty and I was drunk.”

Orf verified those messages to the AP.

Korte told the AP he flagged the claims to the Bowling Green police chief and spoke with both Perkins and the woman.

“At some point I might have talked to her, I can’t remember when,” Korte previously told the AP. “I didn’t document it because she said, ‘No yeah, we hooked up,’ I think was her exact words.”

Bowling Green police Chief Don Nacke said Korte never contacted him about Perkins and that he wasn’t aware of the claims against him until recent media reports. Nacke said there are no records of any disciplinary action against Perkins when he was an officer.

About 140 detainees will be moved to the city’s recently closed jail known as the “workhouse” while the locks are upgraded, city officials said.