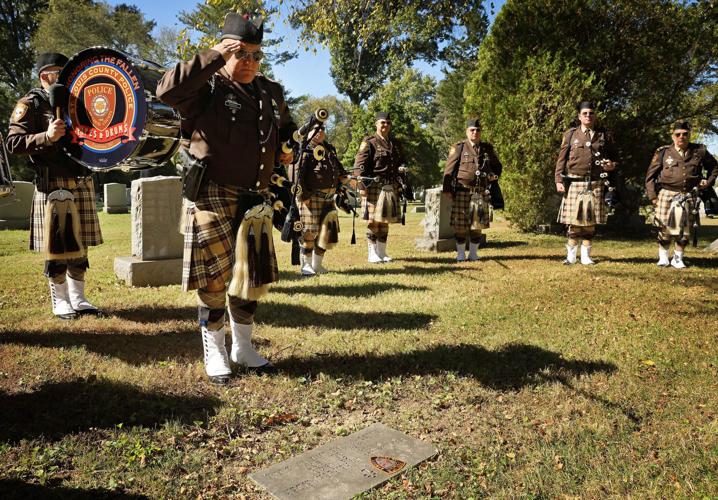 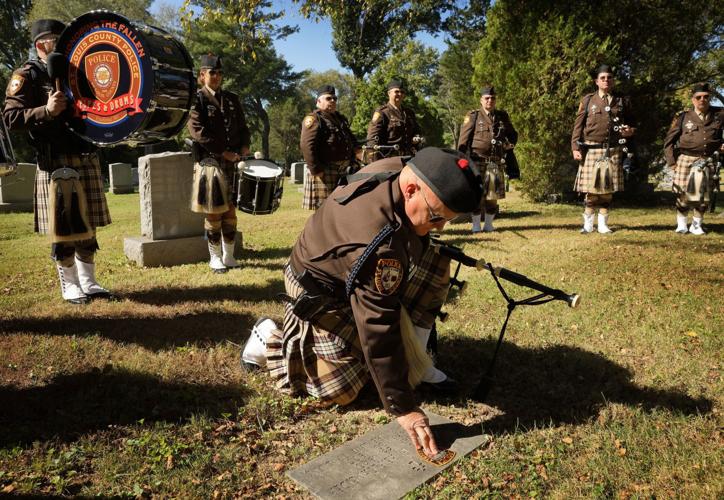 They tried to get away with the crime in front of some St. Louis County police officers, current and retired, who are among thousands of officers in Washington, D.C., for a national weeklong police memorial event known as Police Week.

“According to one of our guys involved, the individual officer from the other department listed in the post is ‘the hero,’” Granda’s statement said.

The Law Enforcement Officers Weekend Facebook page identified that officer as a man from a New Jersey department.

“Criminals are dumb. They are so dumb, that they attempt a robbery, in Washington D.C., during Police Week, when thousands of officers flock to the city. Officer Jordan Kostoplis of the Hamilton Police Department (New Jersey) and other Officers from St. Louis stumbled upon a robbery in progress. The off-duty, out-of-state officers sprang into action, chased down multiple perpetrators and made the arrests! Great job to all officers involved. Better luck next time to the criminals.”

According to the on-duty police in Washington, six people approached a Virginia man from behind, shoved him to the ground and stole his iPhone X. They then hit him multiple times on his head and body with their fists and tried to take his backpack, according to Washington police.

That’s when the New Jersey officer yelled to the attackers to stop, and they ran. He chased and captured one suspect, assisted by St. Louis County police. Other suspects escaped.

Rep. Tricia Derges was convicted Tuesday of conducting fraud at medical clinics in southwest Missouri in part by falsely claiming that she was giving patients stem cell treatments.

The boy who was driving is the only survivor. He is 13 years old.

Are teens and scooters really the problem in downtown St. Louis?

St. Louis hits a 10-year high in underage arrests in the downtown area. Residents and business owners say police, parents can do more.

A joint statement, signed by more than 80 district attorneys, argued prosecutors can use “immense discretion” not to put limited resources toward criminalization of “personal medical decisions.”

Dawan Ferguson stood trial on charges of first-degree murder and child abuse resulting in the death of his 9-year-old son, Christian, who had a rare genetic disorder and disappeared in 2003.

The driver, who took the vehicle without permission, was the only one to survive Monday's crash. His cousin, a 9-year-old boy, died, as did two unrelated 13-year-olds.

Dawan Ferguson is set to be tried in the presumed death of his 9-year-old son, Christian, who had a rare genetic disorder and disappeared in 2003.

Pedestrian dies after an SUV hits him on Highway 94 in St. Charles County

Raymond R. Rooney Jr. died at a hospital after being struck Tuesday night.