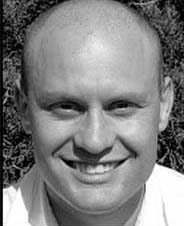 Joel Snider, 33, of Creve Coeur, has been charged with murder in Pennsylvania. 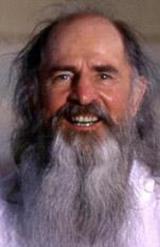 Sudharman was a 70-year-old yoga instructor in New Berlin, Pa., who was shot to death over the Fourth of July weekend. 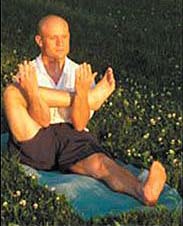 This photo of Joel Robert Snider is from his yoga business website, Yoga for Everybody in Webster Groves.
BY KIM BELL • > 314-340-8115

A Creve Coeur man who ran a yoga center in Webster Groves has been charged with shooting to death a yoga instructor in New Berlin, Pa.

Joel Robert Snider, 33, was arrested Wednesday in Maryland, where he is awaiting extradition to Pennsylvania.

The victim, a 70-year-old man who goes only by the name Sudharman, was shot in the head sometime between Saturday night and Monday afternoon. An autopsy found that Sudharman had been shot several times. Police say Snider had extensively planned the murder, even writing an email to a friend in May, discussing his plans for the "assassination" of Sudharman and another man.

In court records, Snider's hometown is listed as a St. Louis area address. Snider lives in an apartment building in Creve Coeur, near Olive Boulevard and Mason Road, in the 1000 block of Town and 4 Parkway Drive.

Snider ran the recently defunct Yoga for Everybody, at 425 Marshall Avenue in Webster Groves, and he used to work for the DisAbility Project in St. Louis.

According to an affidavit of probable cause, filed by Pennsylvania State Police, Cpl. Gregory T. Watson describes the crime this way:

Sudharman, once known as Joe Fenton, was found dead in his home, wrapped in two sheets and a comforter. The comforter was wrapped in duct tape. Sudharman lived at the same place he ran a yoga business, Integral Yoga Center of Pennsylvania. Police were called to Sudharman's home about 5:15 p.m. Monday after another instructor found him dead.

Police say Sudharman and Snider both had ties to Yogaville in Buckingham County, Va.; Sudharman was an instructor there; Snider was a former student of Yogaville.

Watson said that a staff member at Yogaville, Swami Karunananda, came to police after the murder to tell them about a disturbing email she had received from Snider two months ago.

Snider's email indicated he was able to carry out an assassination of Sudharman and another man, Andrew Cohen, who police say has not been harmed.

According to the police affidavit, the email Snider wrote May 9 said in part: "I am a very good shot with a rifle and would prefer to do it from a longer range, but I would need to have a handgun as well for any opposition or if the scenario with the rifle would not work after seeing the area in person."

"I would definitely want to avoid prison and the US law enforcement," the email also said.

The next day, May 10, another email was sent from Snider, police say.

"I am thinking that for both Andrew and Sudharman it would be best if they just disappeared. No bullet holes, no blood, no signs of forced entry or struggle. Both appear to be mysterious, eccentric spiritual guys, so it might be easily believable that they would just take off for awhile, or maybe they had spontaneous enlightenment or something and they reached satori or went home to God or something," the email said, according to the affidavit. "This way, there is less chance for an investigation, less chance that it could be traced back to me. This will take a little more planning and could be risky to get close, but with God as my guide I am sure I will be just fine."

In addition, Snider's email talked about how Sudharman tried to recruit Snider years ago to teach at the center. He mentioned the yoga center in New Berlin, Pa., as being "in the middle of a very small town which is very dark at night, few street lights." He said the area is mostly commercial so "in the early morning or evening when it is dark, there will be potentially no one around."

And in a chilling sentence, that reads almost as a murder to-do list, Snider wrote: "Place tarp on floor, roll body up in tarp, carry out to car. Tidy up yoga center. Drive to hotel room."

Police called it a methodical plan, and say Sudharman's murder is very similar to the plan developed by Snider. Police also say Snider's cell phone records show he was in Pennsylvania during the time the crime happened.

A local friend of Snider, who asked that her name be withheld, said she knew him through his work in recent years with the DisAbility Project, a theatrical ensemble that performs sketches to bring awareness about living with a disability. She said she remembers Snider as kind and compassionate.

Susan Block, an attorney for That Uppity Theatre Co. and its DisAbility Project, said records indicate that Snider was an independent contractual employee in 2008 and 2009. Joan Lipkin, founder and artistic director at That Uppity Theatre Co., told a Pennsylvania reporter shortly after Snider's arrest that he was "fun and friendly" and well-liked by most of those in the theater company, although Lipkin said Snider also had a hair-trigger temper and wasn't flexible in his thinking -- total opposites of what the yoga practice taught.

Snider's biography, as listed on his website for Yoga for Everybody, says he has been practicing yoga for 11 years and teaching for nine. His bio also says he worked St Louis Arc, supporting individuals with developmental disabilities and founded “It’s All For Fun” an organization which helps children and young adults with developmental disability and challenging behavior get outdoors and experience the St Louis community.

According to Sudharman's obituary in The Daily Item in Sunbury, Pa., Sudharman  was the president of Integral Yoga Center of Pennsylvania, located in New Berlin. He was initiated as a disciple by his master, Swami Satchidananda, in 1973 and had taught throughout the United States and Europe. Sudharman was instrumental in developing the Yogaville, a 600-acre retreat in Buckingham, Va.

Joel Snider, 33, of Creve Coeur, has been charged with murder in Pennsylvania.

Sudharman was a 70-year-old yoga instructor in New Berlin, Pa., who was shot to death over the Fourth of July weekend.

This photo of Joel Robert Snider is from his yoga business website, Yoga for Everybody in Webster Groves.
© Copyright 2021 STLtoday.com, 901 N. 10th St. St. Louis, MO | Terms of Use | Privacy Policy
Powered by BLOX Content Management System from TownNews.com.
You don't have any notifications.