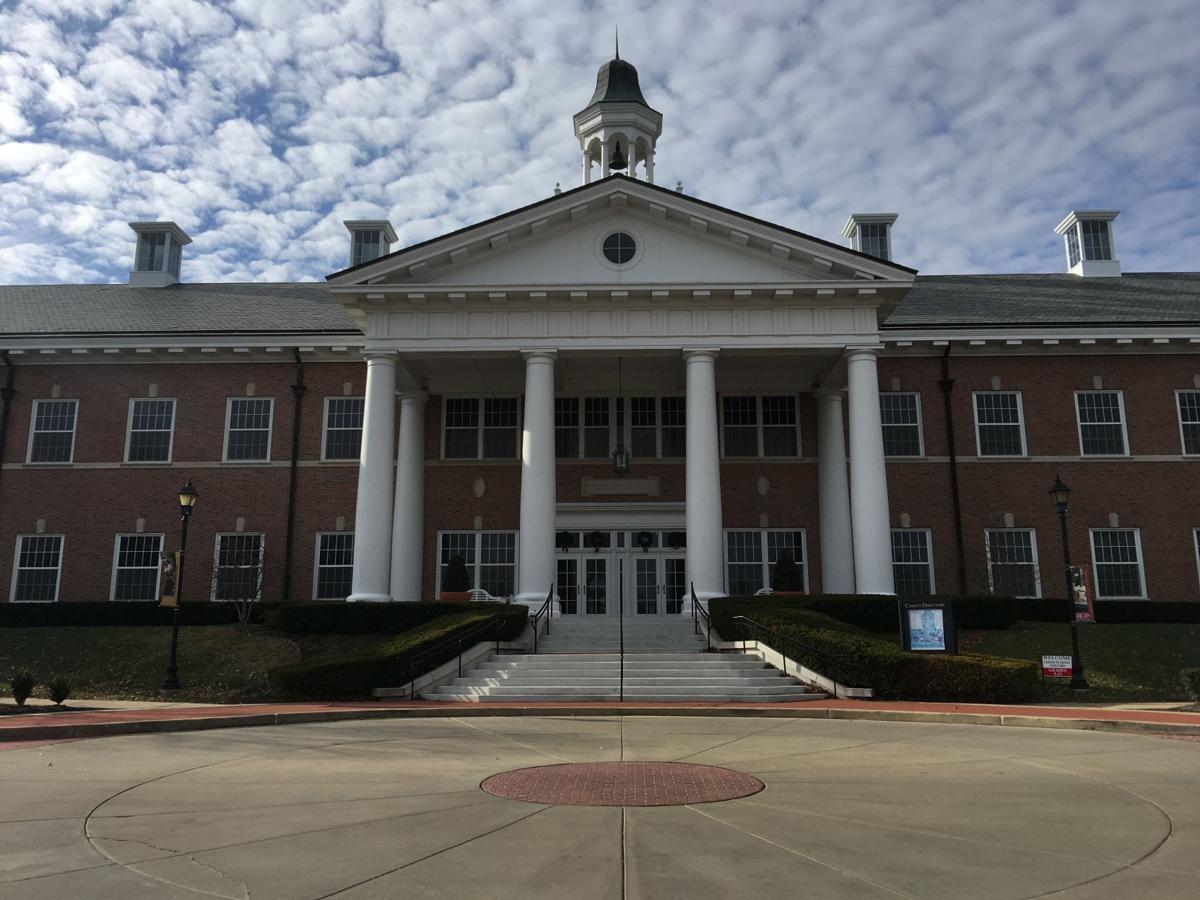 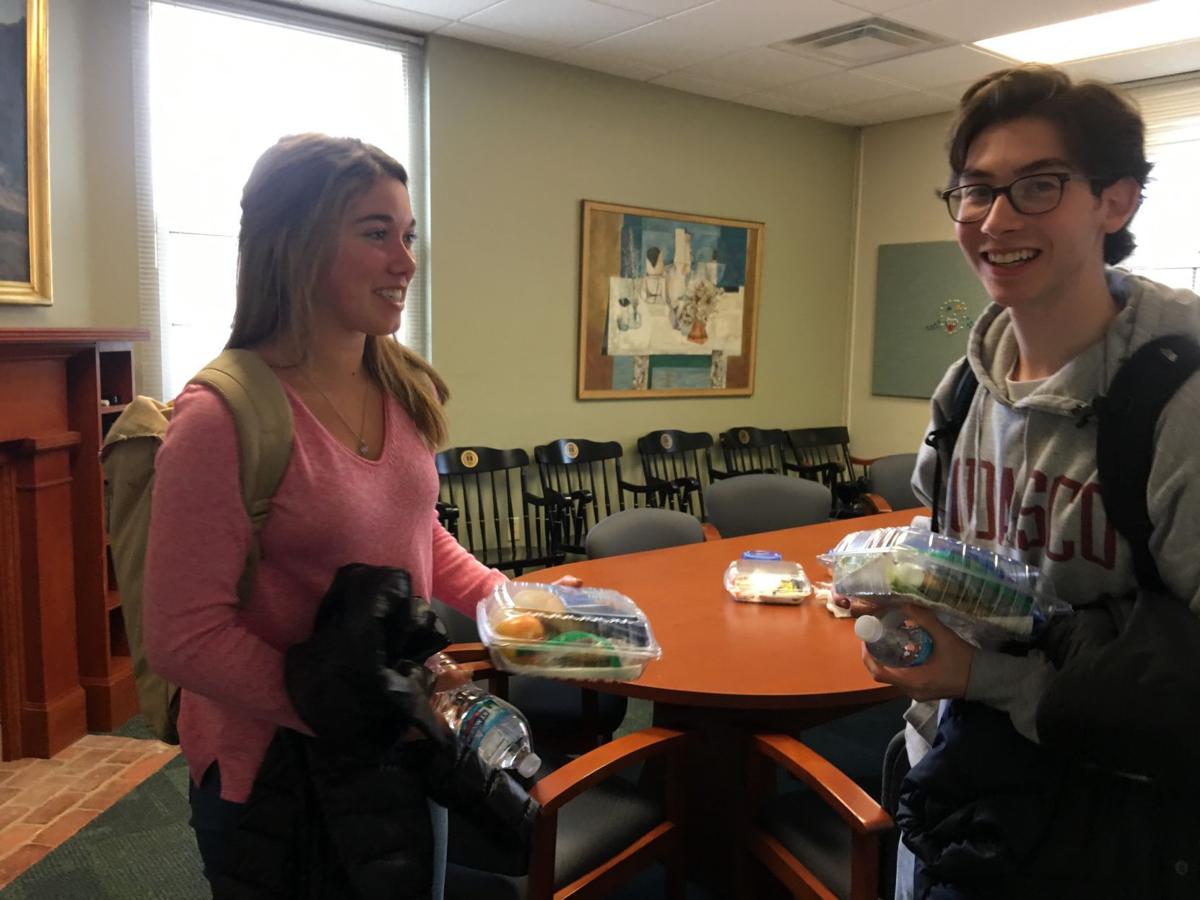 LADUE • One of the St. Louis region’s most prestigious schools is acting on the concerns of a student who says she and her peers were discriminated against for supporting President-elect Donald Trump and Governor-elect Eric Greitens.

Now, Mary Institute and St. Louis Country Day School is engaging in what its top leader says is an effort to ensure that students of all viewpoints are respected.

“My message to the community is that it’s not okay for any group to be marginalized,” Head of School Lisa Lyle said in an interview.

Lyle was prompted to act when a high school senior at MICDS sent a letter to her principal the week after Thanksgiving. The letter alleged that she and other Republican-supporting students haven’t been treated fairly, especially since Election Day.

A 17-year-old student wrote that it had been impossible for the recently formed Young Americans for Freedom Club to find a faculty sponsor.

The student, whose mother asked that she be identified only by her first name, Rose, included written statements from students who she said “have felt victimized or unwelcome” at school because they support the Republican party.

One of the students wrote: “Every day I pass a different student wearing a ‘Black Lives Matter’ shirt and that goes unacknowledged, but the moment I attempt to voice my opinion it is abruptly shut down by the left sided environment that our school has overwhelmingly supported this school year.” Another student wrote: “I got called a racist, misogynistic pig.”

The letter also included screenshots of what Rose said are offensive tweets by an MICDS teacher, who is Hispanic, dated to Election Day and the day after.

One of the tweets read: “You’re a nation full of fearful little boys chanting ‘kill the beast!’ There is a beast. And it is you. #USElection2016.” Another tweet quoted an article about Greitens’ being elected governor and read, “I really hate this state today.”

Rose wrote in her letter:

“Imagine if the word ‘white’ in some of these tweets was changed to ‘black’ and how much more hideous and racist they would be deemed. It is being assumed that the current election results are all ‘white peoples’ faults (sic) and that because individuals support trump (sic), that automatically means that all white people have a deep hatred for all other people, which is just simply untrue along with extremely unfair.”

Rose said in an interview that her letter was not meant to discount the feelings of minority groups, and she doesn’t even count herself as an “avid” supporter of Trump, who she acknowledges has said many offensive things.

“I’m not saying that because we are feeling this way, that must mean they are not feeling this way also. Because they obviously have been mistreated to a whole different scale,” she said. “But this is a new sort of thing that people have not realized is also occurring.”

‘Our school has fallen short’

Rose’s letter comes at a time when MICDS administrators have been working to increase racial and socioeconomic diversity of the school.

Now this letter raises the voice of conservatives on the campus, a group that is not typically counted among those thought to be marginalized.

The letter also reveals what MICDS’ head of school calls the “delicate territory” of balancing teachers’ freedom of expression and their duty to support all students, despite differing points of view.

Lyle lauds Rose for standing up for her beliefs and calls the letter an act of student leadership. Lyle even produced a four-and-a-half minute video of herself addressing the letter, because she said simply writing a response couldn’t convey the emotions or sincerity that the situation was due.

“I want every kid, regardless of political affiliation, to feel like this is a school that’s going to help them hone their thinking and their skills so that they too can ascend to those roles of responsibilities,” Lyle said in the video. “If our school has fallen short — as clearly it has, as Rose and her peers have expressed — we have to figure this out.”

Lyle has also promised to review the school’s social media policy, which doesn’t clearly specify what a staff member can say on social media.

“The reality is, our teachers are teachers in the classroom, in the hallways and on social media, and it’s easy to forget that, and we’ve had two teachers misstep this year in that way,” she said in the video.

Lyle has said the teacher “regrets that her Tweets were not consistent with the learning environment she works so hard to create for her students.” She wouldn’t say whether the teacher was disciplined, but the teacher still works at the school and has been addressing her students about what happened.

MICDS has been working to keep its student body diverse in spite of hefty tuition, which exceeds $26,000 a year for grades 7 to 12.

The school is known for educating some of the region’s richest families and sending graduates to elite universities. Caleb Pultman, a high school senior from Chesterfield who is a member of the Campus Democrats student club, said he felt like a minority as a liberal student. His club has about eight regular members, while the Campus Republicans group has more like 50, he said.

About a quarter of the school’s 1,250 students receive need-based financial aid. About 34 percent are students of color. Students come from 65 different ZIP codes.

“The more heterogeneous the community, the more likely we are to step on each others’ toes, kick each other in the shins, or say something that offends somebody,” Lyle said.

Lyle became head of school in 2007 and has been credited with introducing a number of diversity efforts.

She spearheaded the creation of Courageous Conversations at the school last year, which is a series of events for families to talk candidly about race. Racial and ethnic diversity programs at MICDS include minority speaker forums, an international expo and classroom lessons on inclusion.

Lyle said MICDS did not intend to impose a liberal climate on students. But she acknowledged that “it’s not surprising that some teachers were more deeply upset by the election than others.”

The day after the election, Lyle sent an email to student families that began: “Today has not been an easy one on our campus.” She called for civility, kindness and a school climate that is welcoming to all students regardless of gender, race, religion or socioeconomic status.

Rose is now starting a new “Cross-Political Commission” student club with Caleb and about six other self-identified conservative and liberal students in the wake of her letter.

“We wanted to create this commission under Rose’s leadership to have a safe space and to discuss issues and our political ideologies, whether it be liberal or conservative,” Caleb said, “just to have an open area for dialogue, and seeking to listen rather than to argue.”

The head of school called the note "unacceptable" and asked the community to pray for the note's author.

Private schools like MICDS freer to punish over social media

Experts say private schools can discipline students for social media posts if they violate the school's rules. It's trickier, but not impossible, for public schools to do so.

The students, who assembled outside the high school around noon, said they don't feel the incidents are being taken seriously.

Celebrating a new space for STEM