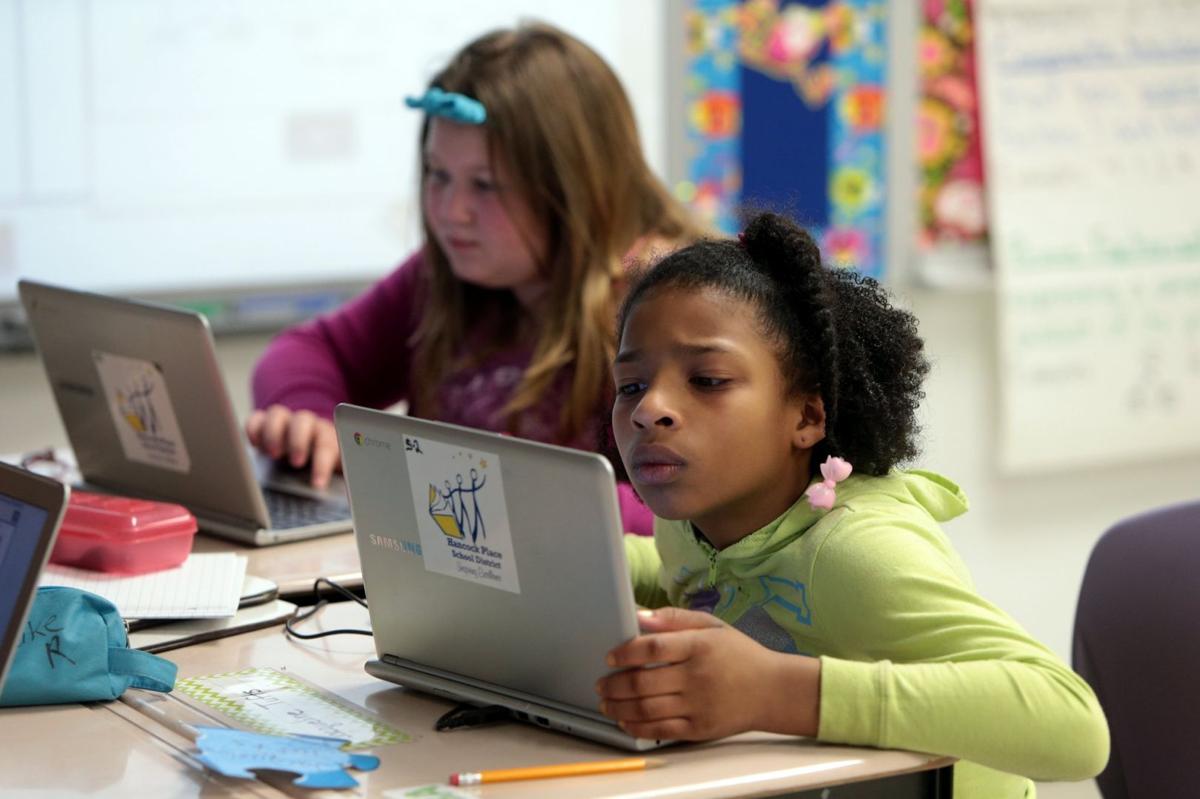 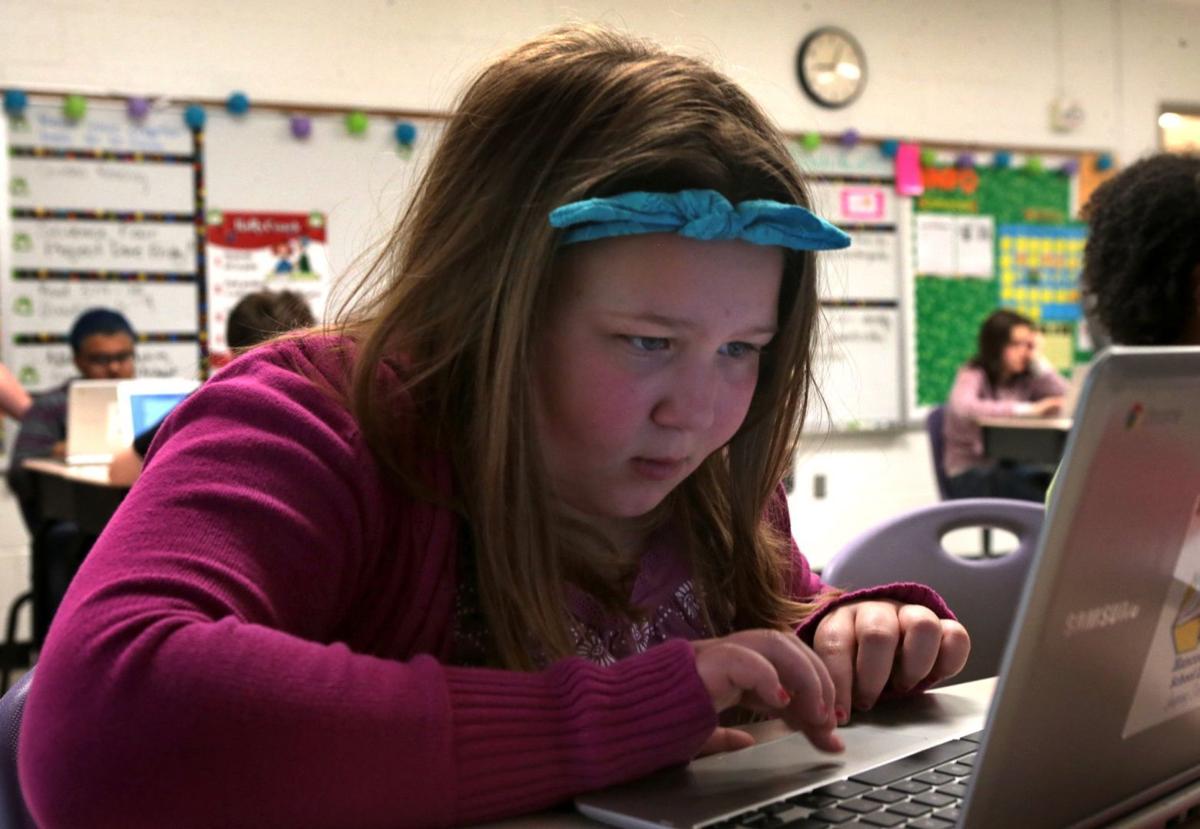 Missouri school districts that might be at risk of a downgrade in accreditation based on 2015 standardized test scores will be given a reprieve this year.

Today, the public will receive its first district-by-district look into how well children in public schools did this year on tests tied to the more rigorous Common Core state standards in reading and math. Results from the new tests cannot be accurately compared with results from previous assessments, so districts with poor results are not likely to face punitive measures.

Legislative action means there will be two different tests over the next two years, giving struggling districts at least that long to improve.

“It sets us up for either a challenge or an opportunity,” Education Commissioner Margie Vandeven said during an interview in Jefferson City last week.

Of Missouri’s 520 school districts, only a handful are at risk for a downgrade. St. Louis Public Schools showed improvement in 2014, but would have been at risk of losing its provisional accreditation status if significant gains weren’t made this past year. University City and Ferguson-Florissant — both fully accredited districts — would be at risk of dropping to provisionally accredited status if their performance didn’t improve.

Even though a downgrade in status will be unlikely for a school district, the state will use a metric to determine if a struggling school district improved. And if that improvement puts a district in range of a better accreditation status, it is possible that district would receive it, Vandeven said.

For St. Louis, this virtually eliminates any chance that the city school system would be forced anytime soon to comply with the school transfer law. That law allows children in unaccredited districts to attend school in more successful neighboring school systems.

It gives city educators more time to adjust to the new learning standards.

“The opportunity here is the opportunity to make sure that we have more time to work with our teachers and get them better prepared,” St. Louis Superintendent Kelvin Adams said.

St. Louis teachers hadn’t fully aligned their teaching to the Common Core standards until last school year, because the 2014 state assessments were based on different standards. Not only did the curriculum change, but so did the test format. The new assessments were online and interactive — much different from the paper multiple-choice tests of the past.

Adams said some of his teachers need more training.

“We have over 3,000 employees,” Adams said. “To get everyone on the same bus going the same direction is a challenge.”

Around the nation, parents and teachers have bemoaned the increasingly high stakes nature of standardized tests to evaluate the quality of schools. In Missouri, test scores count toward half of a district’s annual performance score, which also includes measures such as attendance, ACT scores and graduation rates.Test scores are part of teacher evaluations. At some schools, they can determine whether a principal stays or goes. Often, parents consult test scores when shopping for homes.

“We can certainly still continue to use them as a metric to inform what’s happening,” Vandeven said. “But if that punitive aspect is removed, we can go forward and say, OK, this is an opportunity for school districts to really come together and figure out some of the concerns that we have.”

For about two years in the Missouri Legislature, political drama has swirled around the Common Core, the set of learning standards that has led to parents yelling at state education officials at public forums. In May, the Legislature passed a law directing the Missouri Department of Elementary and Secondary Education to sever ties with the test developer, Smarter Balanced Assessment Consortium, which provided Missouri and 17 other states with exams aligned with the Common Core.

Many states are transitioning to new tests, away from Smarter Balanced.

“The turmoil is worse in Missouri than in most states,” said Michael Cohen, president of Achieve, a nonprofit education reform organization based in Washington. Four tests in four years creates uncertainty for students and teachers, he said. “That’s a very unstable situation.”

A group of superintendents from across the state is studying how states surrounding Missouri, as well as states that rank highest in student performance, rate their school systems.

The undertaking reflects a general feeling among many of Missouri’s superintendents that the state’s school accountability system needs some work, particularly in the weight it gives to measures such as standardized tests to determine if children are learning.

Mike Fulton of Pattonville is a co-chairman of the task force. The group plans to present its findings and recommendations to state education officials at the end of the year.

The test situation in Missouri won’t affect student learning, he predicted, because state tests are used mostly to inform policymakers and the public, rather than the students who take them. Parents are to get their children’s individual test scores in September.

Fulton said the next few years present an opportunity to figure out the true value of yearly assessments.

“It really allows us as a state to step back and ask, what’s working, and why.”

About 59.7 percent of Missouri students tested last spring passed the English Language Arts test, and a little more than 45 percent met the threshold in math.

Less than half of Illinois students ready for college, new report cards show

New Missouri test scores are in, but interpreting results trickier this year

For the first time, Missouri public schools administered exams based on the Common Core State Standards in reading, math.

The move leaves Missouri education officials scrambling to find a test to use next spring.

Online exam was supposed to speed up results