Monday Night Football: Scores and updates from the Cowboys vs. Giants 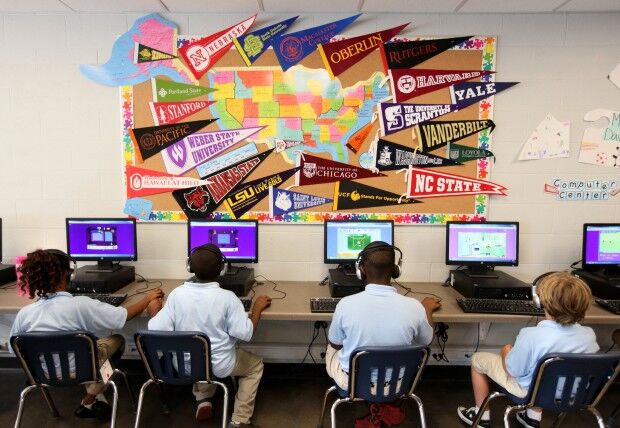 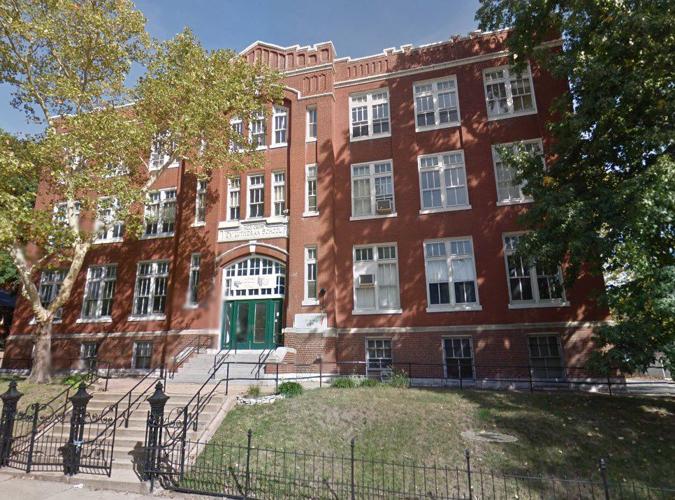 The state school board on Tuesday penalized the University of Missouri-Columbia for failed oversight of the charter schools it sponsors, including Eagle College Prep in St. Louis.

As part of a routine review, state education officials found that Eagle Prep “appeared to be controlled” by nonprofit Open Sky Education, which also runs charter schools in Arizona and Hope Christian Schools in Wisconsin. The state scrutinized Eagle separately after religious influences were found in the schools during the review.

Open Sky’s mission includes “a world where education prepares all children to live flourishing lives and serve Greater Purpose,” according to its website.

Eagle no longer pays Open Sky to manage the schools but is “still using them for some back-office functions like posting jobs and financial stuff,” said Gerry Kettenbach, Mizzou’s director of charter school operations, on Wednesday. “Part of the reason they separated, there were those blurry lines that can cause some confusion.”

Courts have long interpreted the Constitution to require governmental neutrality on religion. But a majority of Supreme Court justices now seem agreeable to tax-funded religious schools. Legal experts say that could open the door to church-sponsored charter schools.

In their investigation of Eagle, state education officials found a religious poster hanging in a school cafeteria, a teacher wearing a religious shirt in a video on social media and job postings that mentioned a Christian after-school program, according to the investigation.

The contracts were sent in error and the position is now funded through Eagle and not Open Sky, according to Kettenbach.

“All curriculum decisions and programmatic decisions are now all controlled by the executive director who is an employee of Eagle’s board,” he said.

“We talked with the board about how well Open Sky was serving them in terms of running programs, and they decided they were not the best provider of services,” Kettenbach said. “I agree there is an appearance issue there.”

A representative of Open Sky did not respond to a request for comment.

Eagle College Prep opened in 2013, recruited to St. Louis by former Mayor Francis Slay, and has several campuses in former Lutheran schools in south St. Louis. There are 837 students enrolled in kindergarten through eighth grades. Eagle is among the city’s lowest-performing charter schools, with 16% of students scoring proficient in English and 7% in math on spring 2021 state tests.

Open Sky developed the charter schools a decade ago to provide “three pillars” of education to families, according to its website.

Open Sky still manages Eagle’s before- and after-care programming, which is Christian-based and hosted in adjacent churches. The arrangement is considered legal as long as students are not encouraged or mandated to participate, according to the First Amendment Center in Nashville.

“I like my schools secular and my churches religious, and so I wanted to make sure there was no infringement,” he said at the July hearing.

The distinction could soon prove irrelevant, legal experts said. On Wednesday, the U.S. Supreme Court heard a new test of church-state separation in a case from Maine dealing with state tuition payments to nonreligious private schools. A majority of justices have signaled that the payments could violate anti-discrimination laws.

If charter schools are included in a high court definition of school choice programs, they could take advantage of a ruling forbidding the exclusion of religious schools, said Notre Dame law professor Nicole Garnett.

Garnett predicts there would then be a move “in the near future to permit religious charter schools,” either through the courts or the states.

Librarians have scoured books for any applicable content at the direction of lawyers. Ten districts in St. Louis and inner suburbs are ignoring the law.

Goats get in the weeds at Crossroads College Prep in St. Louis

Five goats spent a week clearing out invasive weeds from the school’s rain garden, while students researched their work.

A mural featuring an idyllic scene was mounted Saturday on Olive Boulevard. Boosters hope it will be the first of many to dot the commercial corridor.

Teachers and other K-12 staff report higher levels of job burnout compared to all other industries.

The Leadership School in Pagedale has 94 students in kindergarten through second grades. 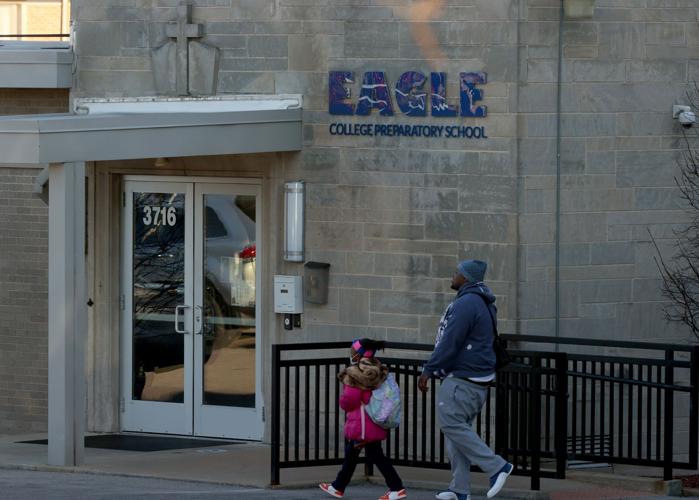 A man leaves Eagle College Preparatory charter school in Tower Grove South with a student on Wednesday, Dec. 8, 2021, at dismissal time. An investigation by the state board of education criticized the University of Missouri-Columbia, which sponsors the St. Louis school, due to religious influences in the school. Missouri law requires that tax-funded charter schools be nonsectarian. Photo by Christian Gooden, cgooden@post-dispatch.com