UPDATED with schools where elevated levels of lead were detected in water.

In June, the governing board of St. Louis Public Schools moved forward with voluntary testing of every consumable water source in all buildings that serve children. The $328,000 contract with Environmental Consultants LLC pays for asbestos abatement as well as the water testing.

Consultants collected water samples over the summer from 744 drinking fountains and sinks in each of the district’s 74 buildings where children receive any level of service. Of the water sources tested, 82 had elevated lead levels, according to preliminary data.

On Wednesday, parents at the 30 affected schools received letters notifying them of the elevated lead levels and the number of sinks and drinking fountains that are now out of commission.

“They will remain closed until we are able to remediate the lead level concern,” wrote Karessa Morrow, principal of Meramec Elementary.

Over the years, crews have removed and remediated lead-based paint at all schools that enroll children under the age of 7. District officials believe it’s the first time water in buildings have been tested for lead. The tap water in St. Louis is regularly tested for lead and other contaminants. There is no concern about lead in the municipal water, but older pipes in homes and buildings could be a source of lead.

“Where it’s found historically is inside the building’s plumbing or in the service line,” said Curt Skouby, director of public utilities for St. Louis. “So you might have a lead service line or a lead solder, and some drinking fountains have components that leach lead.”

In the district, concern arose after reports of lead contamination in the water supply in Flint, Mich. The district’s Special Administrative Board requested that Environmental Consultants do the testing, at a cost of about $900 per school.

Skouby said he had not received findings from the district’s tests.

District officials are awaiting final test results and plan to release them on Thursday. The district’s report will indicate where high lead levels were found. District officials are already discussing plans to replace drinking fountains, faucets and pipes. After repairs are made, the water will be retested to ensure elevated lead levels are no longer present, district spokesman Patrick Wallace said.

St. Louis Public Schools isn’t the only district with aging buildings where lead-contaminated water is possible. A number of districts in St. Louis County and the St. Louis Archdiocese have schools built before World War II.

The Environmental Protection Agency requires action to be taken if lead levels in water reach 15 parts per billion. The district lowered the threshold to 10 parts per billion to remove any risk to students, Wallace said.

“In our district, any source that comes back higher than 10 per billion we’re shutting down,” Wallace said. “There is no way a student or staff member will be able to access water from that source until it is fixed.”

No amount of lead — a neurotoxin — is considered safe in the human body. Research has indicated that even low-level lead exposure can contribute to subtle changes in intellect and behavior, which can mean a drop in IQ or the development of learning disabilities.

In 2014, 9.2 percent of young children in St. Louis — or a total of 1,123 who were tested — had a lead level above 5 micrograms per deciliter of blood, the federal threshold for intervention. An additional 2,189 children in the city have lead levels between 3 and 5 micrograms, which can cause developmental delays and a permanent drop in IQ.

Young children are most at risk from negative effects of lead because their brains and bodies are still developing. The main source of lead contamination in Missouri is lead paint in older homes. State law requires annual blood tests for lead for all children under age 6 in St. Louis and six ZIP codes in St. Louis County with older housing stock, including areas of Ladue, Clayton, Richmond Heights, Maplewood, Brentwood and Kinloch.

The 63118 ZIP code, where Meramec Elementary is situated, has the most children with lead poisoning in the city. In 2013, 226 children in the area had blood lead levels above 5 micrograms and 54 had levels above 10.

EDITOR’S NOTE: An earlier version of this story gave incorrect information about the number of drinking fountains and sinks at Meramec Elementary that tested positive for lead. The district has since clarified it is one drinking fountain and one sink at the school, correcting erroneous information in letters sent to parents

Blythe Bernhard of the Post-Dispatch contributed to this story.

Lead in the water

• The following schools had at least one test sample indicate a lead level in excess of 10 parts per billion and are providing bottled water to students:

• The following schools had at least on test sample indicate a lead level in excess of 10 parts per billion but have enough accessible water sources and are not providing bottled water:

Up to 27 stops will be added on Monday so transfer students enrolled in Mehlville or Kirkwood can more easily get there.

Adams has served on the district's governing board since its inception in 2007.

Districts move to test water for lead after elevated levels found in some St. Louis schools

In Riverview Gardens schools water runs for 15 minutes each morning to clear pipes.

The district has spent roughly $290,700 so far testing and replacing fountains and sinks

While the country focuses on the lead poisoning crisis in Flint, Mich., other cities including St. Louis have bigger battles with the toxic metal. 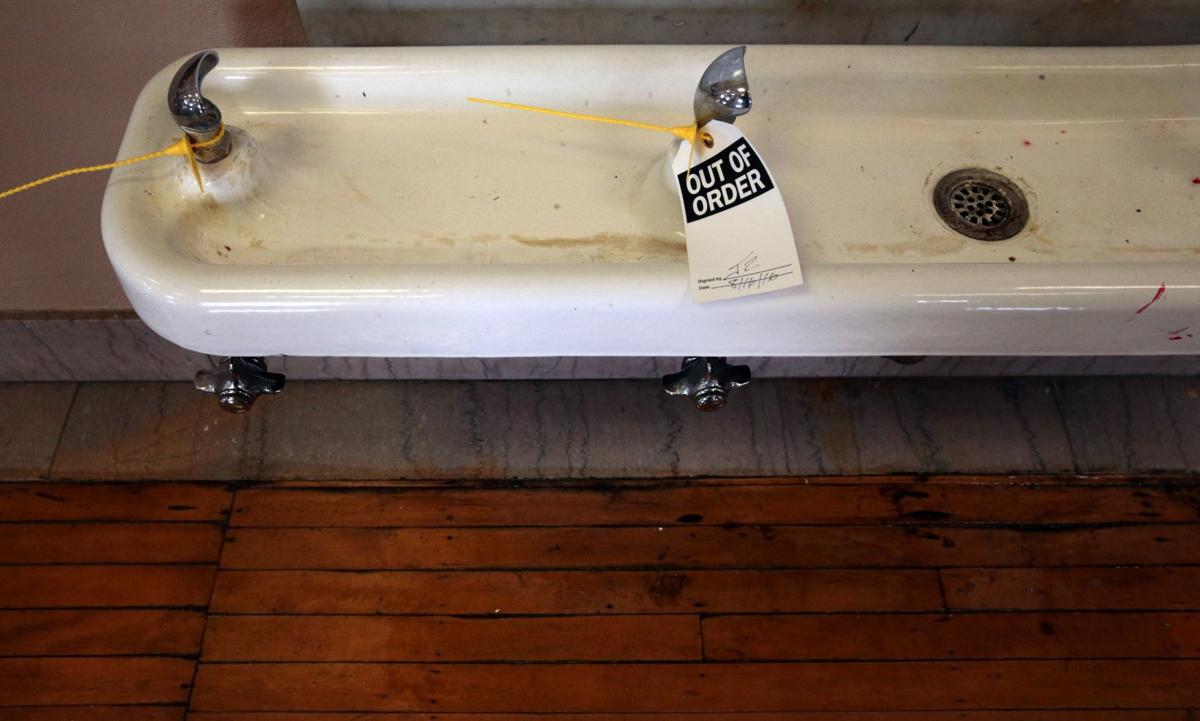 A drinking fountain at Patrick Henry Downtown Academy is shut off on Thursday, Aug. 18, 2016, after testing high for lead. Bottled water is being brought into schools where lead levels have been found to be high, and for others that have inoperable fountains near cafeterias. Photo by Robert Cohen, rcohen@post-dispatch.com 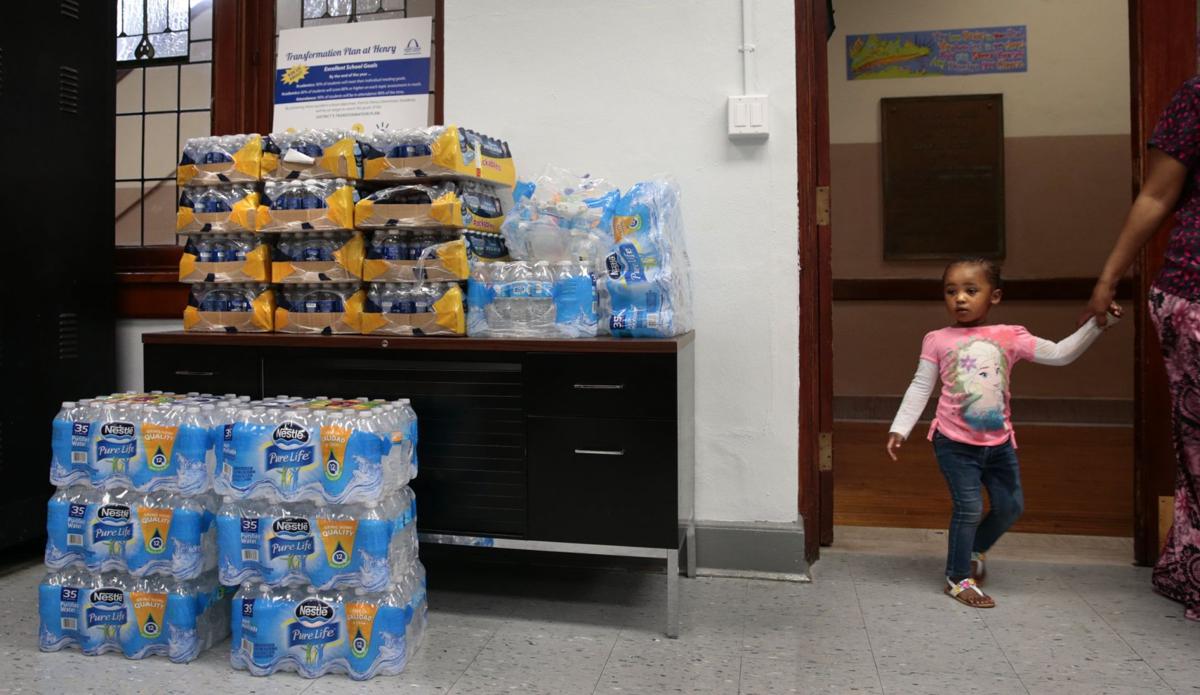 Bottled water is stored in the main office at Patrick Henry Downtown Academy on Thursday, Aug. 18, 2016, after a drinking fountain tested high for lead. Water is also being brought into buildings that have inoperable fountains near cafeterias. Photo by Robert Cohen, rcohen@post-dispatch.com 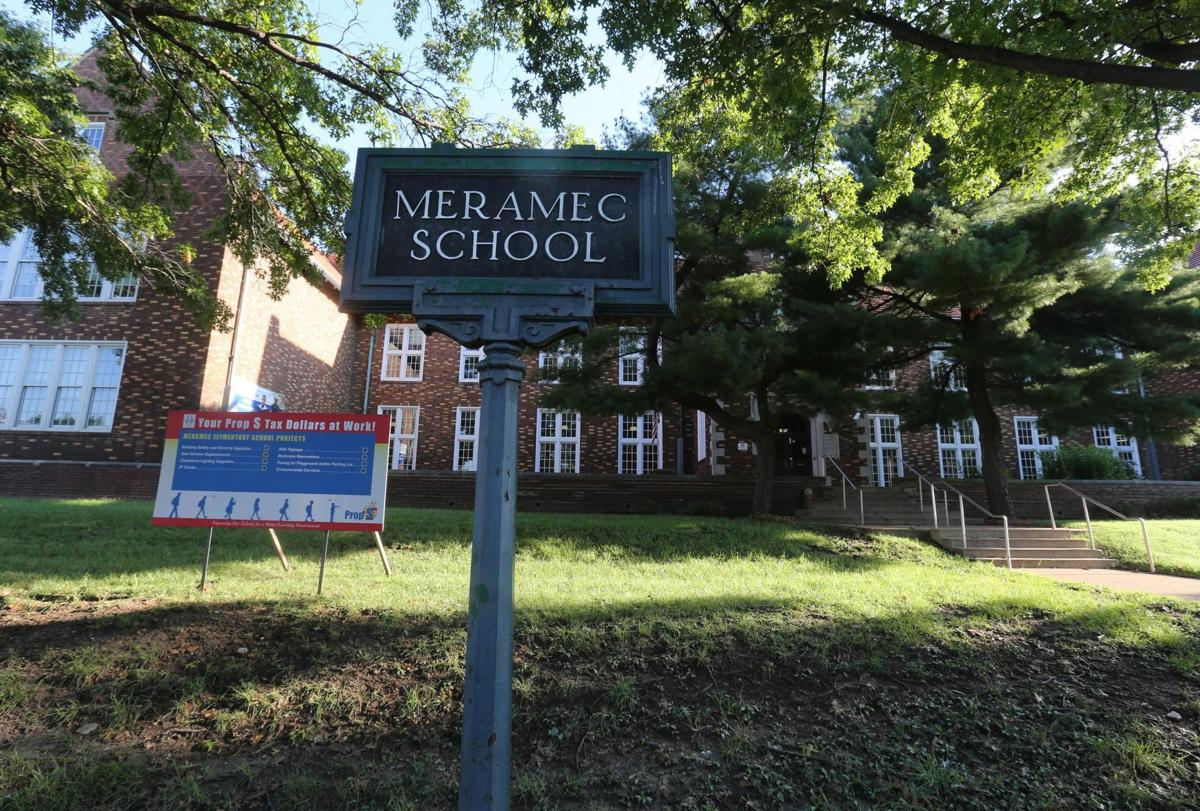 Meramec Elementary School in St. Louis as seen on Thursday, Aug. 18, 2016. A drinking fountain has been shut down due to high levels of lead found in its water. Photo by David Carson, dcarson@post-dispatch.com