KIRKWOOD — A school board member in Kirkwood attended student discipline and special education meetings with parents “as political muscle,” promised a school zoning exemption to a potential home buyer, and made comments that contributed to the departure of a newly hired superintendent, according to a resolution of censure on Monday’s board agenda.

The board dropped its plan to vote on censuring board member Julie Backer after she signed a statement Monday apologizing for statements and actions that were “inconsistent” with board policies and norms. 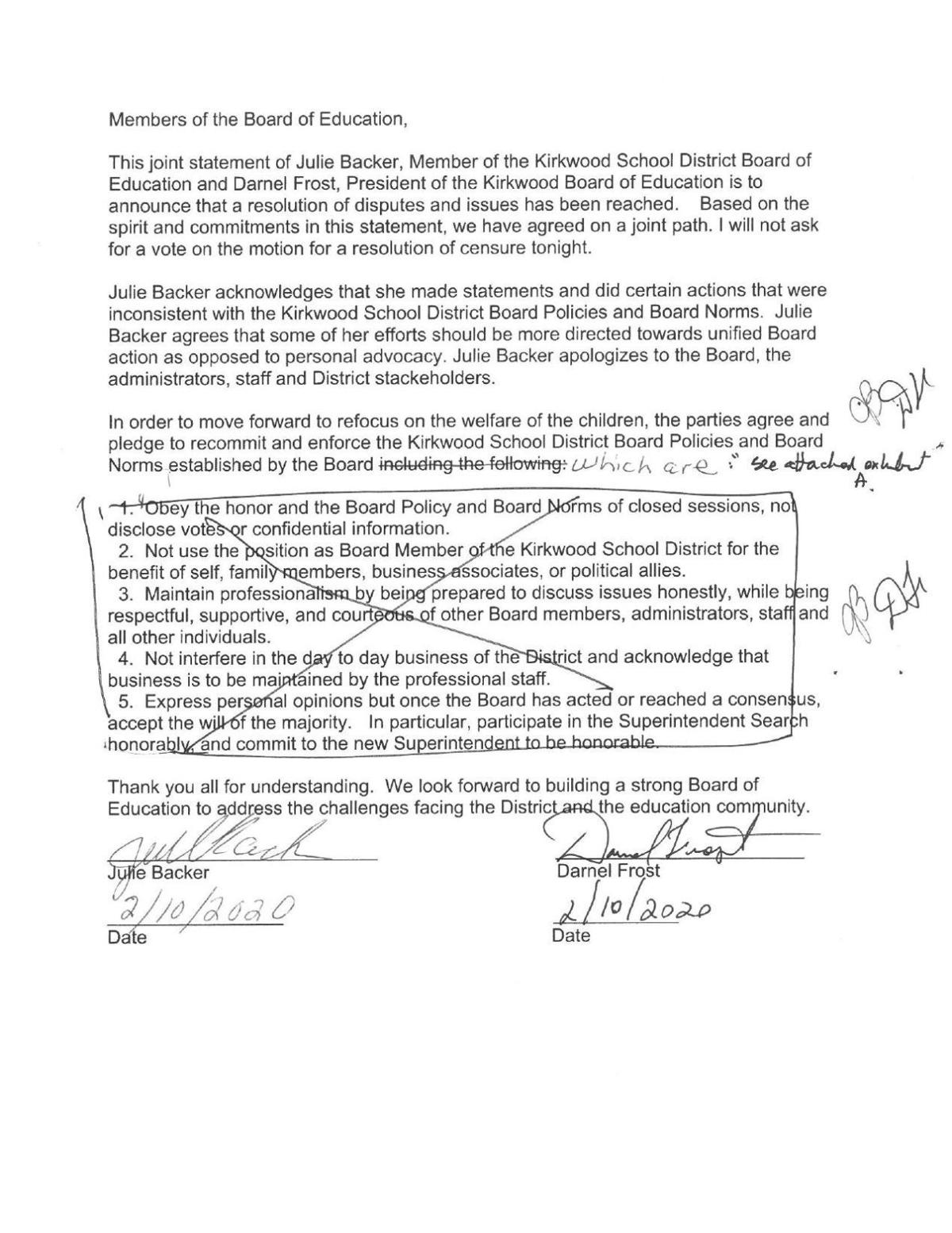 “Julie Backer agrees that some of her efforts should be more directed towards unified Board action as opposed to personal advocacy,” reads the statement, which was also signed by board president Darnel Frost.

Backer, who was first elected to the board in 2014, could not be reached Tuesday. In an earlier statement in response to the censure proposal, Backer said, “It is unprecedented and outrageous that fellow school board members would attack another member publicly so close to reelection ... I am proud of my record working on behalf of students, parents, grandparents and residents of Kirkwood School District.”

In October 2018, the board was informed that Backer had attended meetings for individualized education programs and other meetings with parents and school officials, at which she disagreed with district policy positions and was “alleged to be offering her services as political muscle due to her (position),” according to the censure resolution. 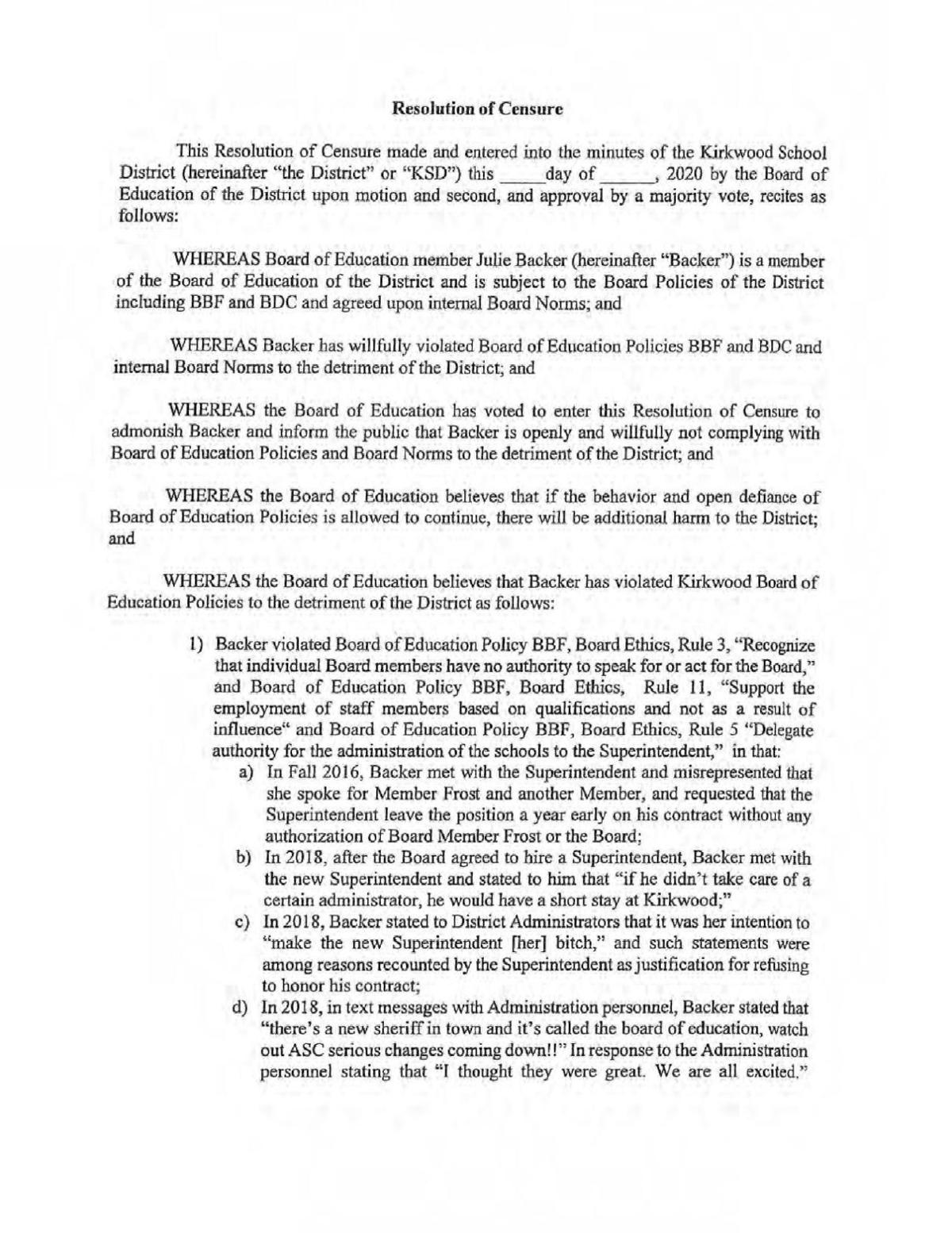 Later that year, Backer told a prospective home buyer that she could get their child an exemption to attend a Kirkwood elementary school other than the assigned school for a house that Backer was selling as the listing real estate agent, according to a December 2018 email to the district’s superintendent.

The censure resolution also blamed Backer for a newly hired superintendent changing his mind about coming to the district in 2018.

The board had voted unanimously in January 2018 to hire Jeff Arnett, a deputy superintendent at an Austin, Texas-area school district. Two months later, the board canceled the contract.

According to the censure resolution, Backer met with Arnett after he was hired and told him “if he didn’t take care of a certain administrator, he would have a short stay at Kirkwood.” Backer also offered her real estate services to Arnett and pushed one of her home listings in “uncomfortable emails.”

“Such statements were among reasons recounted by (Arnett) as justification for refusing to honor his contract,” according to the resolution.

Several residents spoke at Monday’s board meeting in support of Backer and questioned the timing of the censure resolution. Backer is up for re-election in April. The ballot will include a bond measure — opposed by Backer — that would fund a new elementary school on Dougherty Ferry Road.

The district is also conducting a search to replace Superintendent Michele Condon, who is retiring.

The St. Louis School Board was expected to vote April 14 on a recommendation for school closures

The same teaching strategies that work in the brick-and-mortar classroom can work online.

The attendance boundary changes start in the fall of 2021.