For the first time in years, all Missouri school districts performed well enough on their annual report cards to qualify for at least a provisional seal of approval from the state.

For the beleaguered Normandy school system, Monday’s new state ratings show a 34-percentage point spike in performance. After years of rock-bottom scores and a state takeover in 2014, the school system is exceeding Missouri’s standard for provisional accreditation for the first time in years.

Normandy earned 54.6 percent of points possible on the state’s annual report card, a dramatic increase from the 7 percent it earned two years ago.

The region’s other unaccredited district, Riverview Gardens, earned enough points to be eligible for full accreditation for the second straight year.

That’s what state officials want to see before giving the district what it desperately wants: an accreditation upgrade. The change in status would stop Riverview’s four-years-long bleeding of millions of dollars and hundreds of students under Missouri’s controversial transfer law, which allows students to leave unaccredited districts.

“They are our two unaccredited districts and we are very pleased with the improvements that we see on the annual performance reports,” said Missouri Education Commissioner Margie Vandeven, speaking on Riverview Gardens and Normandy.

The Missouri Department of Elementary and Secondary Education is releasing Monday its Annual Performance Reports of the state’s 517 school districts and 36 charter school agencies.

The reports, which the state uses to measure quality in schools, are the basis for how the department assigns accreditation status to districts. A district can be fully accredited, provisionally accredited or unaccredited.

Academic performance is just one aspect the state evaluates when compiling these reports. The scoring system rewards districts for showing improvements, such as how much an individual student improves his or her academics year to year. The system also takes into account graduation rates, attendance and college and career readiness.

So, districts can earn good APR scores while still having a majority of students who fail state tests. For example, only 16 percent of Normandy students and 14 percent of Riverview Gardens students were proficient or advanced proficient in math on state standardized exams.

The state department of education will bring any recommendations for accreditation changes to the Missouri Board of Education’s next meeting on Dec. 2 in Kansas City. The board has the final say on any changes in accreditation status and considers three consecutive years of performance reports when making a decision.

Here are some highlights from this year’s performance reports:

• Brentwood was the one district in St. Louis, St. Charles and Jefferson Counties that earned a perfect score. Francis Howell, Ft. Zumwalt, Orchard Farm and Kirkwood tied for second place.

• Many area districts are clustered near the top of the region’s performance, with just tenths of percentage points separating them. Fifteen districts in St. Louis, St. Charles and Jefferson Counties earned more than 97 percent of points on the review.

• Half of the 14 currently operating St. Louis charter school agencies rated in this year’s reporters performed in the provisionally accredited range. Two got at least a 90 percent score: North Side Community School, which received a perfect score, and City Garden Montessori.

• After three straight years of performing at the level of a provisionally accredited district, Ferguson-Florissant inched its way into the fully accredited range. The district had faced turmoil in wake of Michael Brown’s shooting. The superintendent, Joe Davis, is in his second year on the job and has been steering the district to focus on improving reading.

Riverview Gardens may finally be within reach of an accreditation upgrade after nine years of being unaccredited. Officials estimate the transfer law has drained more than $27 million from the district since the program started four years ago.

Despite the outflow of money and students, Riverview has managed to achieve notable improvements in all testing subjects and its graduation rate since Scott Spurgeon took the helm as superintendent in 2013.

“We have worked tirelessly for the last three years to provide a rigorous, high-quality academic program for each of the scholars in our district,” Spurgeon said. “Our hope is to achieve that mission at the Dec. 2 meeting.”

The district is paying for 437 transfer students this year, while about 5,500 students attend Riverview Gardens schools. District leaders believe that’s a sign that families believe the district has been turning around.

If the state Board of Education grants an accreditation upgrade next month, those transfer students will immediately lose the right to attend other districts. Because state law is not specific about what that transition should look like, it would be up to individual districts to decide whether they will send students back to Riverview right away or allow students to stay for the rest of the school year or longer.

District officials can’t remember the last time Normandy schools performed well enough to fall in the provisionally accredited range. Like Riverview, almost all the district’s students qualify for free or reduced lunch and are African-American.

“To say we’re excited, to say that we feel that our efforts were blessed, that’s an understatement for us,” said Charles Pearson, who is in his second year as Normandy’s superintendent.

The district earned full points this year for its graduation rate and college placement and showed improvement in English language arts and math.

In the past year, the district has slowly been restoring staff and programs that had been cut in wake of the state’s takeover and the loss of millions of dollars to the transfer program.

The district brought back reading specialists and tuition reimbursement for teachers. Pearson has focused on improving reading by requiring daily reading time for students, giving a set of books to each classroom and emphasizing small-group instruction and hands-on learning. He also opened a new kindergarten center in a former elementary school.

Normandy must continue to make improvements while losing about 590 students and $8 million this year under the transfer law. Although the district reached the provisional range this year, state education officials want to see at least two years of higher performance before considering an accreditation upgrade for any district.

“The charge to us was to change the direction or the trajectory,” Pearson said. “We can say that has been firmly approved.”

Besides Riverview Gardens, St. Louis Public Schools is the other area district that may request an upgrade in December. The district has been provisionally accredited since 2013.

“That’s something that I am hopeful for,” said Superintendent Kelvin Adams of an upgrade. “That would be my request at any year, at any point in time.”

Even though the district technically scored in the fully accredited range for the second year in a row, the state will weigh a lower score when considering an upgrade request next month.

That’s because the English and math tests used to measure academic performance this year are different from last year’s. State law prohibits the state education department from downgrading districts for lower scores in a new test year, so officials took the higher of this year’s and last year’s test scores when calculating this year’s performance reports.

St. Louis Public Schools was one of the districts that benefited from this so-called “hold harmless” provision.

Without this provision, the district’s actual score would have been just under 70 percent and out of the fully accredited range. That’s the score the state board will consider when weighing a potential upgrade.

One charter school, Preclarus Academy, fell in the unaccredited range for the third year in a row.

St. Louis Public Schools did better than half of those charter school agencies. That represents a change from two years ago, when only one of those charter agencies performed worse than the district, which had earned a 43.2 percent score.

Charter schools are public, tuition-free and independent schools that operate only in St. Louis and Kansas City. They first opened in St. Louis in 2000 and currently educate about 32 percent of St. Louis’ public school students.

Charter schools receive APR scores but are not given accreditation status. They instead operate under expiring charters that can be revoked for low performance.

The percantage of points earned on the Annual Performance Report by charter schools in St. Louis

Note: The city's newest charter school agencies are not given Annual Performance Report scores, which are based off performance during the 2015-16 school year.

Three local school districts plan to buck the trend of using out-of-school suspensions as a strategy for improving discipline among preschoolers through third-graders. The districts hope to achieve better classroom behavior through alternatives such as behavioral specialists and social workers.

The Missouri Board of Education stripped the district of accreditation in 2007.

The Missouri Board of Education approved a five-year renewal for Confluence even though it hasn't met state expectations for several years.

These St. Louis charter schools have struggled for 14 years, but continue to evade closure

There are 55 state-approved programs in Missouri that prepare educators.

A change to the test that public school students take makes comparing the 2016 results to previous years difficult. Here are various ways to e… 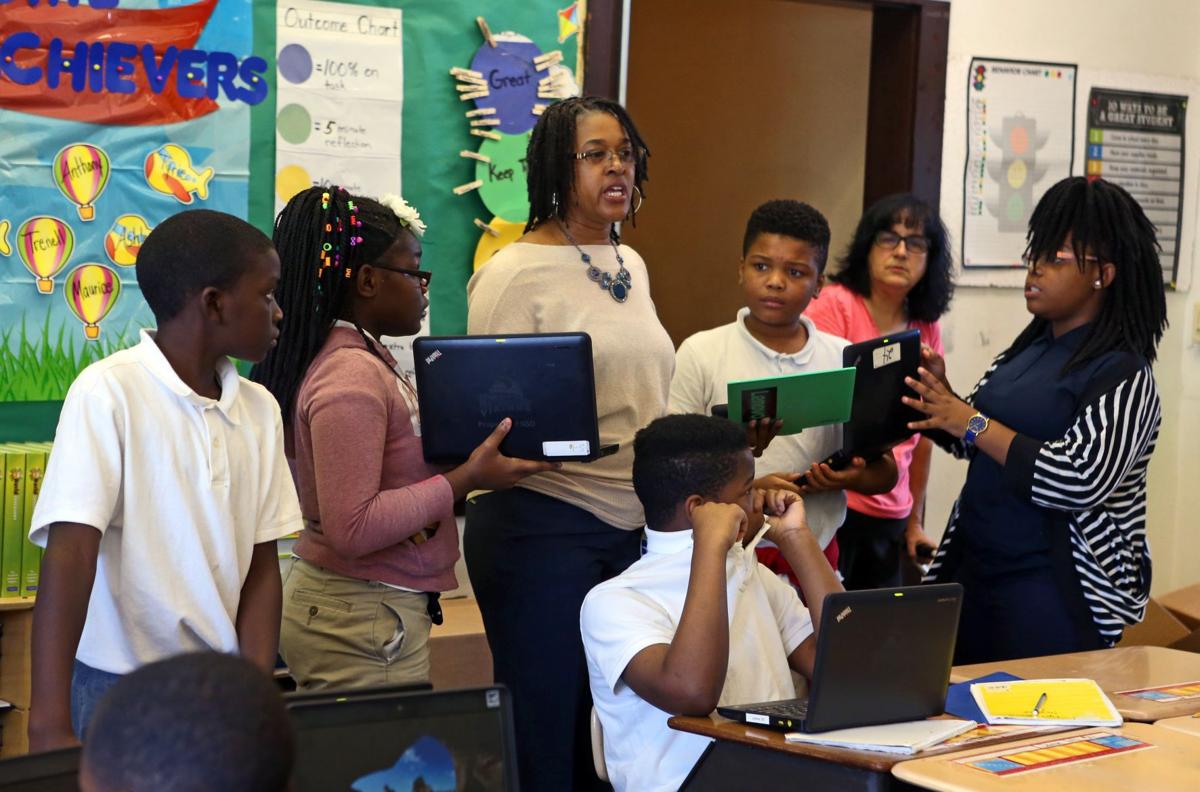 Denita Robinson, (center), an instructional coach on loan from the Pattonville school district, helps sixth-graders with their laptops on Thursday, Aug. 25, 2016, at Washington Elementary school in the Normandy school district. Robinson works at the school full time to help teachers improve their instruction and classroom management practices. Photo by Christian Gooden, cgooden@post-dispatch 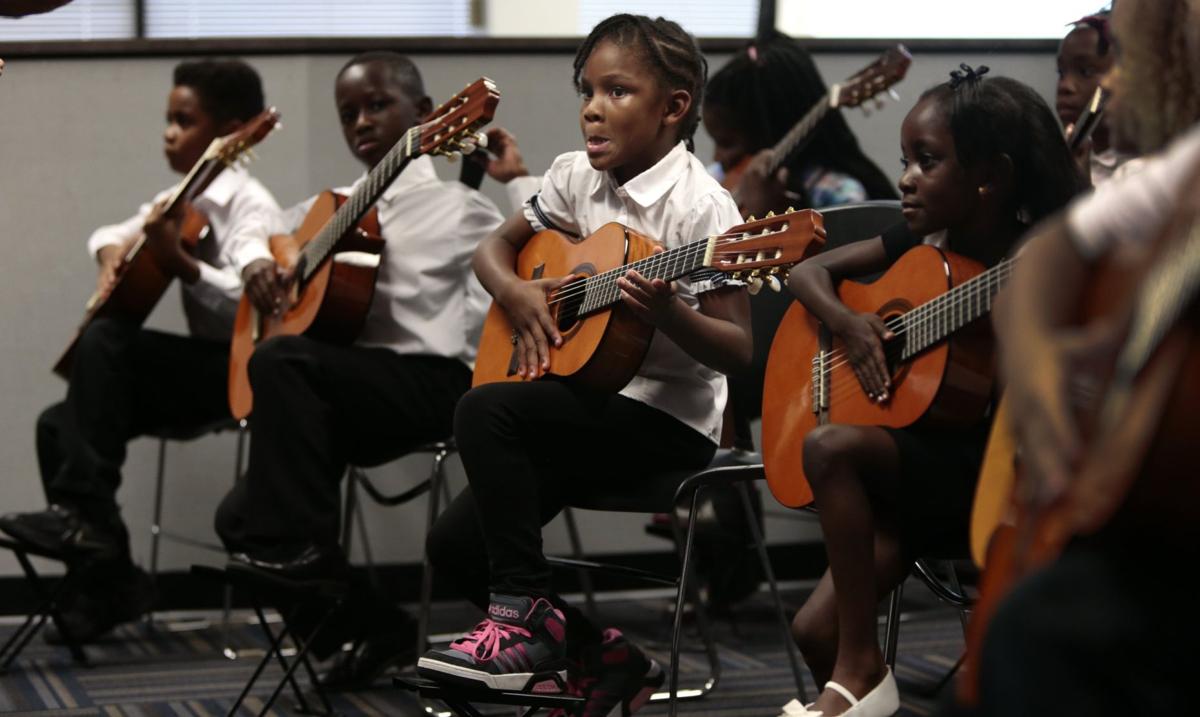 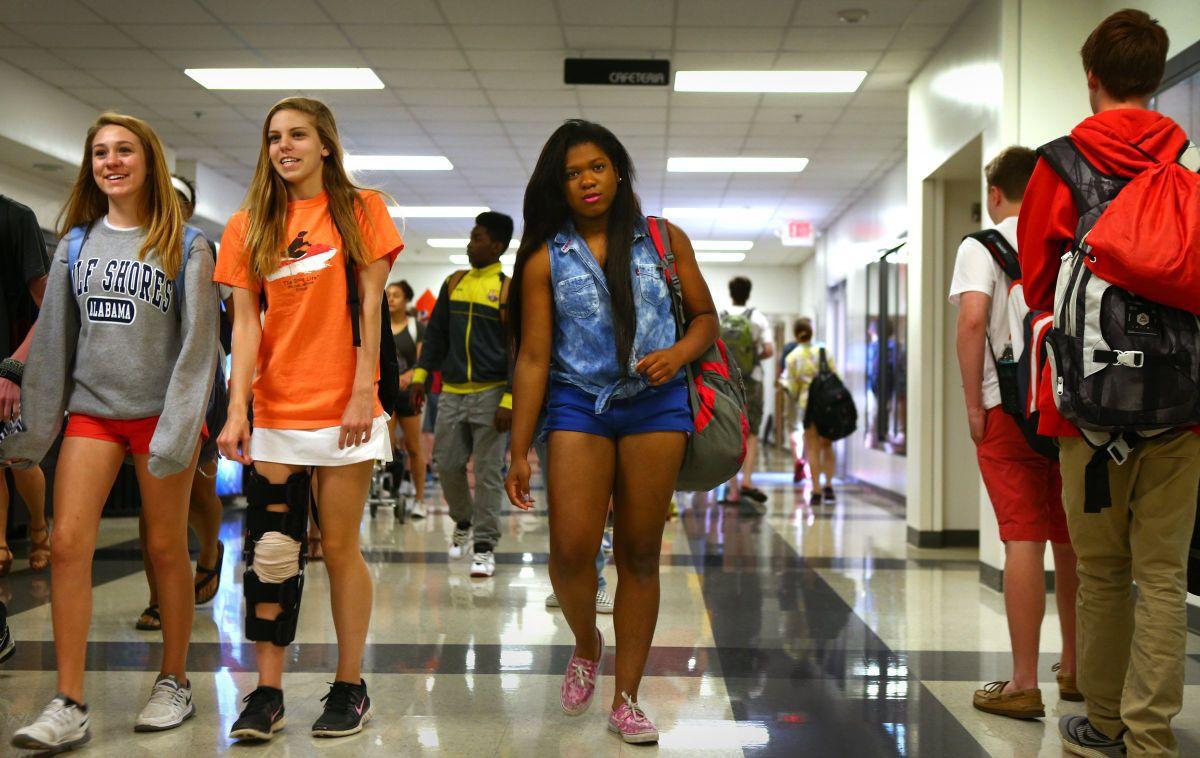 Angel Matthews, a senior at Kirkwood High School, heads to gym class on Thursday, May 7, 2015. Angel attended Normandy High as a freshman and Riverview Gardens as a sophomore before transferring to Kirkwood. Photo by Robert Cohen, rcohen@post-dispatch.com 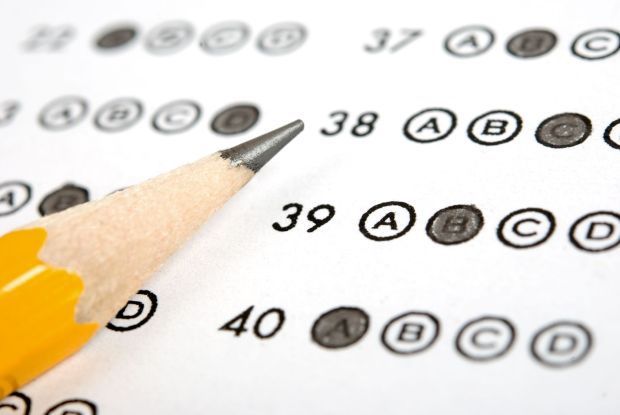