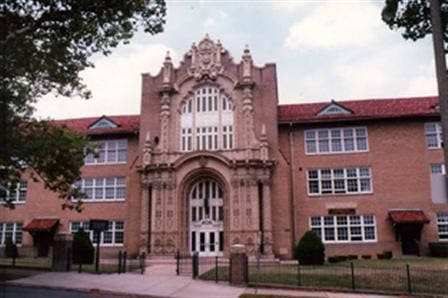 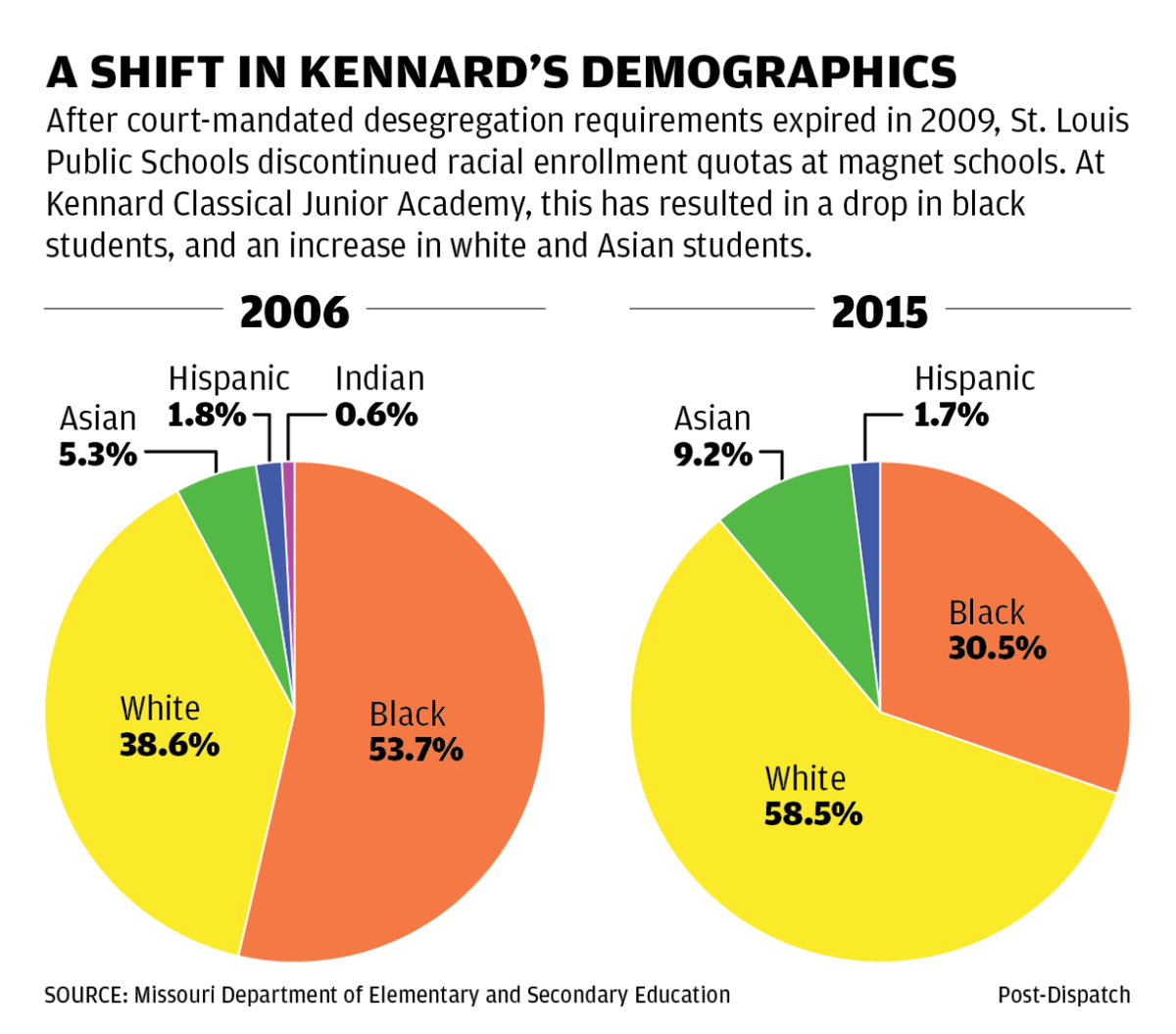 This lieutenant, Samuel Kennard, worked as an aide to Nathan Bedford Forrest, the general who led a massacre of federal soldiers — many of them black — and who became an organizing member of the Ku Klux Klan. After the war, Kennard became one of St. Louis’ ruling elites who supported causes at the expense of blacks and poor whites.

“The more I learned the worse it got,” Abrams said.

So last month, Abrams posted much of this information on the Kennard parents’ Facebook page. Then she went a step further. She suggested renaming the school.

Her post touched off an online discussion about what a Confederate figure represents in the 21st century in the context of a majority-white school within a district that is mostly black and poor.

The revelation alarmed Warren Rosenblum, whose two daughters attend Kennard. He continues to be stunned whenever he stumbles upon St. Louis’ unresolved Civil War legacy, he said.

“As a St. Louisan, Kennard made a conscious, voluntary choice to fight for the perpetuation of slavery,” Rosenblum said. “The segregation that persisted in St. Louis well into the 20th century owes a lot to people like Kennard.”

To be sure, the Kennard school has educated scores of black children over the years, under the direction of black teachers and principals. It regularly catapults students of all ethnicities and income levels into top middle and high schools in the district and beyond.

But in 2009, court-mandated desegregation requirements expired that reserved 60 percent of seats at magnet schools for black students, give or take 5 percent. As a result, Kennard’s enrollment looks increasingly less like the district it sits in, with a shrinking black student body and an increasingly white and affluent one.

“To me, paying attention to the diversity of the school in the present day is more important than the name,” said Chad Beffa, with two children at Kennard, and an older son who finished elementary school there.

Others say the issues are intertwined.

“Having a school be one of the only successful schools that also happens to one of the only majority-white schools named after a Confederate — the symbolism there is something that needs to be addressed,” Abrams said.

School buildings in any district are often named after long-forgotten figures, such as school board members, poets and civic leaders. A history of St. Louis Public Schools identifies Samuel Kennard as a “soldier and merchant.”

In addition to fighting for the Confederacy, Samuel Kennard ran a carpet company on Washington Avenue. He lived in a 25-room mansion on Portland Place. His obituary that ran in the Post-Dispatch in 1916 called him a “conspicuous figure in business and civic life.”

He was a hospital trustee and a director of the 1904 World’s Fair. He was the first president of the Veiled Prophet Association, founded by St. Louis elites in 1877 to protect their prestige. He also served as commander of the United Confederate Veterans of America.

The Kennard school opened as a neighborhood elementary school in 1930 at 5031 Potomac Street, in the North Hampton neighborhood. The building, with its grand terra cotta entrance, later held a junior naval ROTC middle school.

Then in 1990, it reopened as a magnet elementary school for gifted children. It quickly became one of the most sought-after elementary schools for city parents wanting a rigorous education for their children. Applicants are selected by lottery. They must also score highly on an intelligence test to qualify.

This year, 577 children applied for 74 spots at various grade levels, according to the district. The waiting list has 260 children, though not all of them have been tested to determine whether they qualify.

“I love Kennard,” said Denise Brooks, whose son is in kindergarten. But knowing that it’s named after someone who fought to keep her ancestors in slavery bothers her.

“It stings. It absolutely stings,” Brooks said. “With all the racial tension in St. Louis, we need to get to a point where we are solving things.”

Some parents have suggested that the school be renamed after Clyde Kennard, a civil rights pioneer who fought to integrate the University of Southern Mississippi by trying to enroll there three times in the 1950s.

In March, the school’s parent teacher organization plans to hold a discussion about the issue at its regular meeting. Renaming a school would require a recommendation from the superintendent and approval from the school district’s Special Administrative Board. And that’s assuming there are no deed restrictions binding the district from changing it.

“The district has been open to suggestions from the community in the past,” said school district spokesman Patrick Wallace. “I’m not aware of any recommendations at this point to change the name of school.”

Lisa Granich-Kovarik, secretary of the PTO, said the discussion is just getting started. She has three children at Kennard, and she’s seen a drop in diversity since her fifth-grade daughter began school there.

“It’s the beginning of several very important conversations,” she said. “They’re difficult, but they need to happen. Not just at Kennard, but all over St. Louis.”

Teacher was removed from job just after being named preschool teacher of the year.

First-graders are changing the complexion of St. Louis area schools

Even in areas of the St. Louis region that are majority white, classrooms are gradually diversifying.

But the process of renaming the school is just now beginning.

Proposal by St. Louis Public Schools Superintendent Kelvin Adams is part of a move away from traditional high schools.

Selective enrollment schools are popular among parents, even as other city schools continue to struggle.

Enrollment, performance up in St. Louis district and charter schools

Study shows that parents are responding by enrolling their children and reversing a decades-old exodus.

Most school districts earn high marks on review; a few are at risk of downgrade in state accreditation. 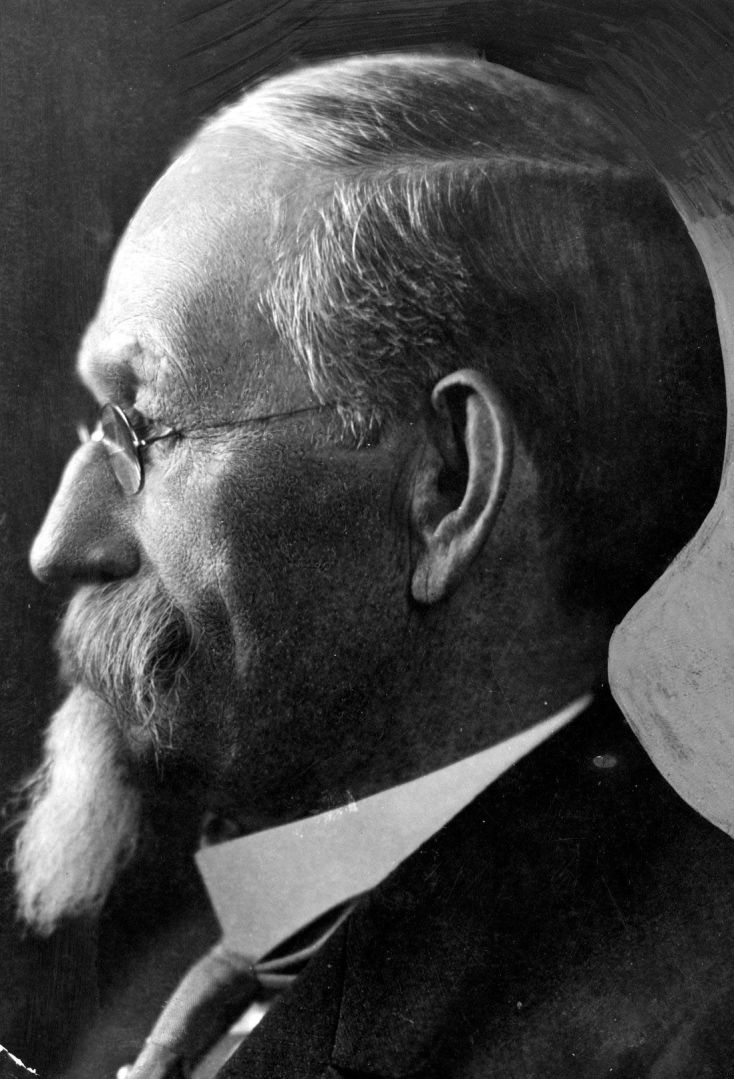