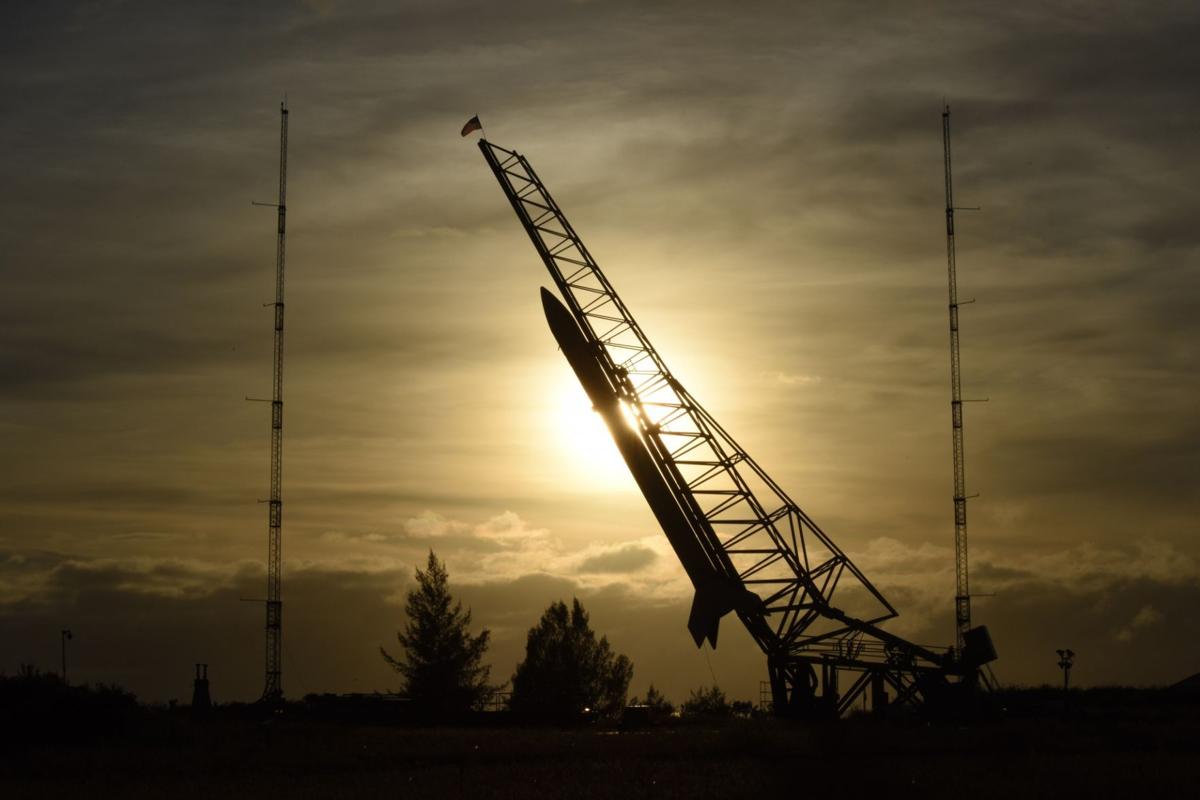 A rocket is prepared on Nov. 2, 2015, for a launch the next day at the Pacific Missile Range Facility in Hawaii. The rocket was scheduled to take several satellites to Earth orbit, but failed after launch on Nov. 3. One of the satellites was worked on by students from St. Louis University. Photo courtesy U.S. Air Force 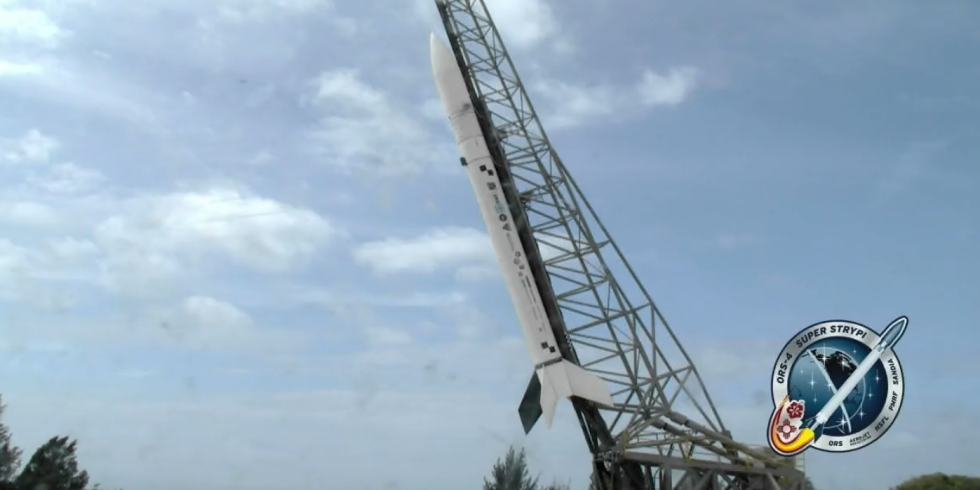 Sometimes the heartbreak is swift and sudden; other times it’s long and drawn out.

For the 40 current and former St. Louis University aerospace students gathered in the engineering building Tuesday night, it’s hard to say which category events fell into.

Over five years, three generations of students passing through SLU’s aerospace engineering program had dreamed of launching a satellite into space.

Tuesday was the night. They set up the big screen, assembled the chairs, ordered pizza and then waited through the delays until it was time.

And then the screen went dark.

“You’ve got to have a stout heart and a thick skin to be in the space business,” aerospace and mechanical engineering Professor Mike Swartwout said. “Because the laws of physics are against you.”

It wouldn’t become clear until several hours later, but shortly after liftoff, the 55-foot U.S. Air Force rocket that was supposed to carry their satellite from the Navy facility in Kauai, Hawaii, into orbit suffered an explosion.

A day later it was still unclear what exactly happened.

“This is two years of anticipation,” she said.

Students named their satellite Argus. They’d worked on it with their peers from Vanderbilt University, but it was SLU students who actually built it.

Distler had already lived through the inevitable stops and starts that happen when trying to build something that’s going to be launched into space.

Argus was actually completed in 2013. But there were always little things, Distler said. Mostly minor adjustments and small corrections, but each time it led to another round of retesting and documenting those changes and more retesting.

The project was a collaboration among SLU, Vanderbilt, the Air Force and NASA. The plan was to use Argus to test how small electronics fared in space when subjected to extreme temperatures and varying levels of space radiation.

It was to be an exercise in determining what sort of protections future satellites would need to be more effective when orbiting earth.

To get into orbit, Argus would be carried on the rocket along with 12 other satellites. The rocket would head into space at about 25,000 mph before disengaging and beginning its two-year orbit around the earth.

The fact that Argus never made it into orbit probably won’t hurt current students professionally. After all, this was the project that had already gotten a number of former students jobs at SpaceX and Boeing and Lockheed Martin.

About 15 of them came back Tuesday to watch the launch with their peers.

Students were following the action on an Internet feed, with four cameras set up on and around the rocket. There was also a computer-generated animation based on data from the rocket that would beam images of what was happening to the big screen once the rocket went out of view of the cameras.

Right away there were problems. Students were told the launch had been pushed back 90 minutes.

“We were happy, but quiet and still nervous,” Distler said.

“After the 90 minutes, the countdown started. Twenty minutes, then 10, then three,” Distler said. “Then the updates stopped.”

“We just knew it was on hold for another 53 minutes,” she said. “We’re just watching the camera feed of the launch pad. It was just a cloudy day with Hawaii in the background.”

“I was a little concerned, but I was still happy,” Distler said.

There was a big cheer when the rocket finally launched. Just a few seconds later, the cameras cut off and students could only watch the animation.

“Forty-five seconds in, the animation showed the rocket was tumbling and no longer traveling in a straight line.

“It started tumbling more and my heart just dropped,” Distler said. “When the screen cut out, there was just this big gasp in the room. It was like, ‘Oh no. This is really happening.’ ”

Swartwout, the professor, said his students would be stronger for this.

“You have to have the attitude that, ‘Hey, I’m going to risk something,’ ” he said. “Whenever you do something big, there’s an element of risk there. This experience will serve them.”

A rocket is prepared on Nov. 2, 2015, for a launch the next day at the Pacific Missile Range Facility in Hawaii. The rocket was scheduled to take several satellites to Earth orbit, but failed after launch on Nov. 3. One of the satellites was worked on by students from St. Louis University. Photo courtesy U.S. Air Force