Schools are tested by tragedies across St. Louis region
0 comments
Share this
{{featured_button_text}}
1 of 5 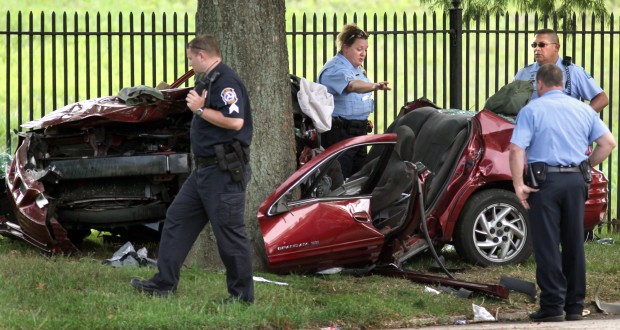 St. Louis police officers investigate the scene where the driver of a Grand Am with four passengers hit a tree on Riverview Boulevard at Vivian Avenue on Thursday, Sept. 6, 2012. Photo by Robert Cohen, rcohen@post-dispatch.com 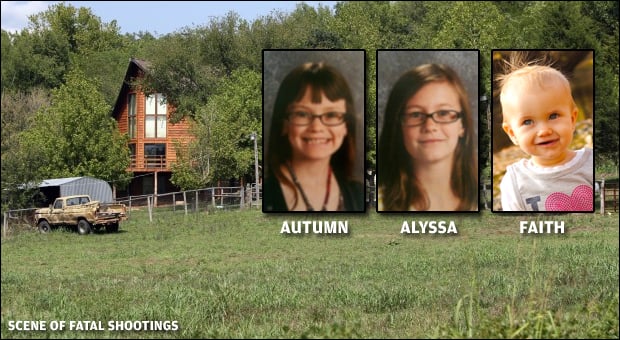 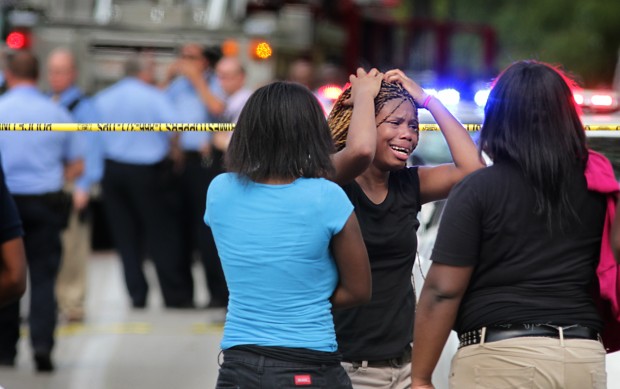 Students from Northwest Academy of Law High gather at the scene of a car crash north of the school on Riverview Boulevard Thursday, Sept 6, 2012. The Grand Am hit a tree at the interection of Vivian Avenue. Photo by Robert Cohen, rcohen@post-dispatch.com 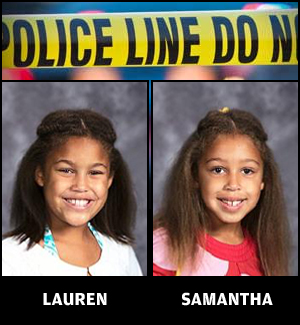 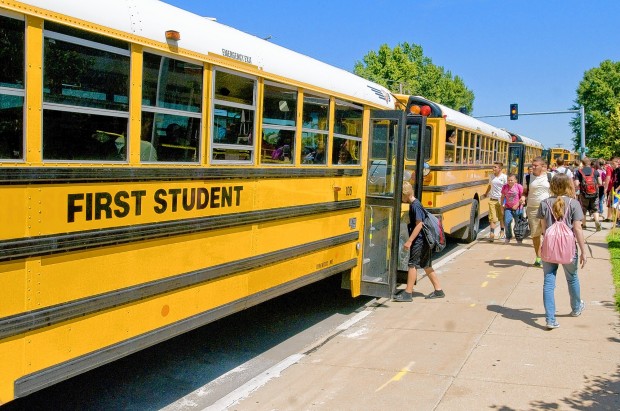 Students line up outside school buses.

It has been almost six months, but Principal Chris Shirley is prepared when feelings of grief resurface in some of his pupils at Oak Brook Elementary School.

Counselors and teachers have encouraged the children to cope through talking, art or writing. They've offered books and other therapies outside of school.

But still struggling are those who were closest to Lauren and Sammi, two of the girls killed by their mother, Christine Adewunmi, March 17 in a murder-suicide near Bourbon, Mo.

The feelings might re-emerge after a Girl Scouts meeting. Sometimes playing at the park reminds children of the girls, who had a close circle of friends in their neighborhood near their Parkway school.

"I learned you just have to be honest with the kids and reassure them that they're safe," Shirley said. "Something really sad has happened, and we don't know why."

School grief counselors across the region have been in overdrive in recent months, with three murder-suicide cases involving a mother and her children. They have resulted in the shooting deaths of eight children. Most recently, Lisa Cochran shot each of her daughters — Alyssa Cochran, 11, Autumn Cochran, 10, and Faith Ehlen, 22 months — on Thursday south of De Soto.

"It's an anomaly — it's still very rare. Right now, it just doesn't feel that way," said Becky Byrne, executive director at Annie's Hope, which works through bereavement with children and schools. The organization is based in Glendale, where Catherine Murch shot her two children and then herself on July 30.

In addition to the murder-suicides, there have been several student deaths in the last few months — D'Angelo Johnson died Thursday in a car wreck near Northwest Academy of Law, a St. Louis public school. Christopher Marks, a student at Rogers Middle School in the Affton School District, drowned in August in the Meramec River. Mitchell Maserang, 15, was killed July 1 when he was struck by a train in Wentzville. He was going to be a sophomore at Fox High School. Cameron Vennard, 14, of Oakland, was killed by a train May 30 in Kirkwood.

Experts say schools play an important role in helping children cope, especially with the recent traumatic cases of murder-suicide that they might hear about, even if they didn't know any of the children.

For a young child, it can shatter what they know about the world — moms protect and take care of you. "You might have a kid talking about it, who has no relationship to these cases, but it's still mind-boggling to them," Byrne said.

Parents and teachers need to address the mental illness part of these cases, for example, saying "the mom's head did not think like other people. This is a sickness in her head that was really big. You've never been that sick, and mommy has never been that sick," said Byrne, whose organization has provided grief support services to schools throughout the region and offers ongoing services to families.

On Friday, St. Louis Public Schools had more than 10 social workers from the district's crisis intervention team on hand at Northwest to help students struggling with Johnson's death and the crash. Four other students were injured — two of them critically — in the accident. Social workers went to every classroom and invited students, especially those who were visibly upset, to talk with counselors either individually or in a group.

While students in urban districts typically are exposed more often to traumatic events, it doesn't make them any less emotional, she said.

"Every time we respond with the same intensity," said Megan Marietta, manager of social work services for the St. Louis Public Schools. "We're there to support them and help them process and show them they can reach out to adults they trust."

The Special School District of St. Louis County also has an organized team of clinical social workers specializing in helping 22 school districts respond to a death or suicide of a student, sometimes within an hour of a call for help. They provide mental health support at schools through guidance and expertise during a traumatic event. And in many cases, the staff members who knew the children and their families are grieving as well as students.

"There's a ripple effect with students in general, and parents wanting to know, 'How do we respond?'" said Margaret Lovera, a team member.

The team assisted Shirley at Oak Brook Elementary, but the Parkway School District has its own crisis team as well. Because the Adewunmi deaths happened during spring break, Shirley called parents in to meet before classes resumed. They prepared notes for teachers to refer to when talking to children about the deaths.

"The hard work in itself is to have kids get out how they're feeling and how to get that out if they are not comfortable using words," said Charlotte Ijei, Parkway's director of pupil personnel and diversity.

Over the last few decades, school districts have crafted careful responses for when students are dealing with death.

Don Senti, now executive director of the Cooperating School Districts of Greater St. Louis, did not have a handbook on how to respond as a principal in 1983 when one student shot another and then killed himself at Parkway South Junior High School. He called in outside counselors but also substitute teachers so that a few of the students' favorite teachers would have time just to talk students through their emotions.

"They were the teachers kids loved and would open up to," Senti said. "They wanted to talk to somebody they knew."

"These girls were his delight," statement from Christopher Ehlen's family says.

Authorities say Lisa Cochran shot her daughters, then killed herself with a shotgun she had purchased a week earlier.

Behind a rising suicide rate, a struggle for answers

In St. Louis County alone, there were 130 suicides in 2011, accounting for more deaths than fatal motor vehicle accidents and homicides combined.

Ill mothers who kill children and themselves may think they are saving the kids, experts say

Experts say it's a rare coincidence that three mothers in the St. Louis area have fatally shot their children and themselves in the last six months.

A woman who fatally shot her three daughters and herself with a shotgun she bought last week had threatened suicide before.

St. Louis police officers investigate the scene where the driver of a Grand Am with four passengers hit a tree on Riverview Boulevard at Vivian Avenue on Thursday, Sept. 6, 2012. Photo by Robert Cohen, rcohen@post-dispatch.com

Students from Northwest Academy of Law High gather at the scene of a car crash north of the school on Riverview Boulevard Thursday, Sept 6, 2012. The Grand Am hit a tree at the interection of Vivian Avenue. Photo by Robert Cohen, rcohen@post-dispatch.com

Students line up outside school buses.