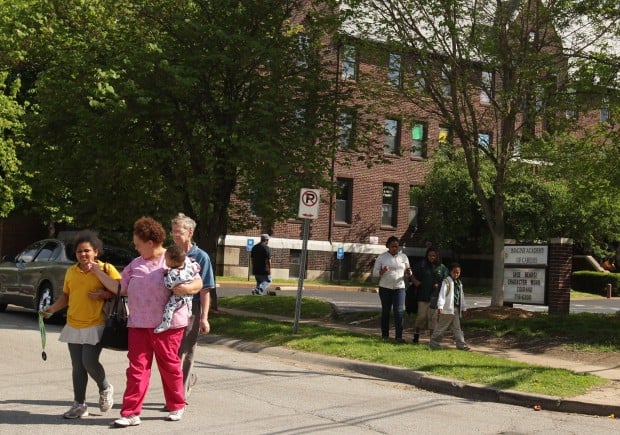 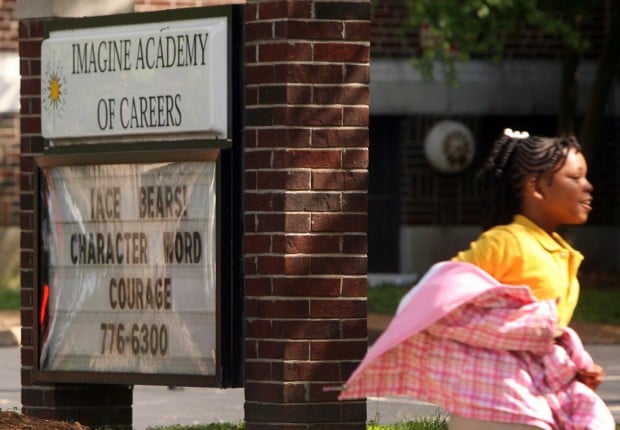 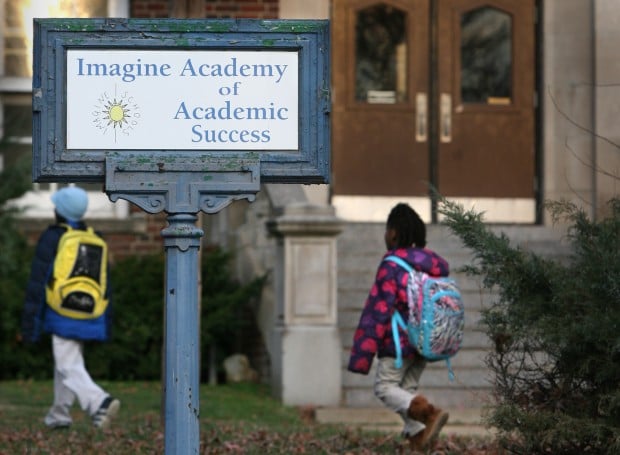 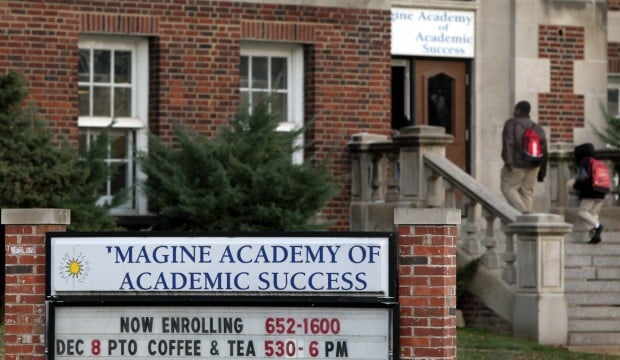 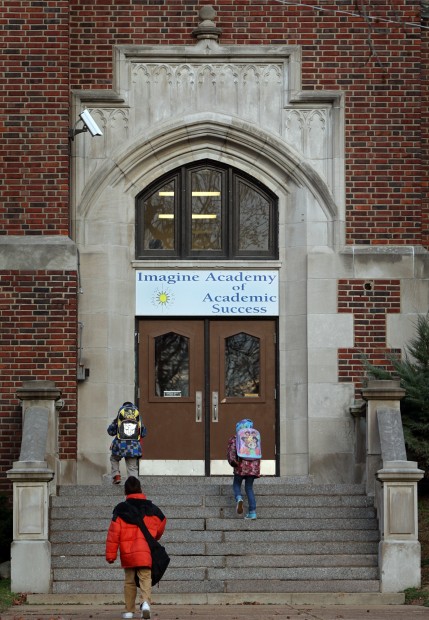 ST. LOUIS • As they move to close down a network of St. Louis charter schools over the next several weeks, state education officials face a task as monumental and complicated as dismantling an entire school district.

As many as 3,800 children — or about 11 percent of those attending public schools in the city — must find new schools. Their records must be properly preserved and transferred. The school buildings they attended have to be scoured for equipment and materials paid for with federal funds. The 288 teachers and staff who work at the schools must have a better idea of their remaining pay and benefits. And that's not counting the thousands of questions by parents who demand answers.

Charter schools in Missouri have closed in the past. But never on this scale.

In fact, the decision this week by Missouri's Board of Education to shutter six Imagine charter schools in St. Louis will likely result in the largest charter school closure of its kind nationwide, according to the National Alliance for Public Charter Schools. "This is definitely one of the biggest that I'm aware of," said Todd Ziebarth, of the alliance. "It's complicated enough when it's a single school of, lets say, 300 kids."

In Los Angeles last year, the closure of six charter schools affected 1,200 students — one third of the number affected by Imagine in St. Louis.

The scale of the expected Imagine closures leaves Missouri educators in foreign territory.

"We don't have a blueprint in place, but we're building one," Missouri Education Commissioner Chris Nicastro said. "Our success will be measured by the outcome of every child being placed successfully in a school in August."

The governing boards of the Imagine schools have talked with St. Louis school officials about the district potentially sponsoring a different version of the schools — one that would not include Imagine Schools Inc. as an operator and would have them in different buildings. This would involve submitting a new charter application to state Board of Education. The school boards have until May 15 — the next Board of Education meeting — to file one.

The potential for the schools to reorganize and remain open leaves some charter school advocates nervous.

"The track records of charter schools that are opened within less than 12 months, let along six months, are not good," said Doug Thaman, executive director of the Missouri Charter Public School Association.

Despite the possibility, state and city education officials are working under the assumption the schools will close on June 30. The process to enroll students elsewhere is under way, with enrollment fairs scheduled for April 28 and May 12. Staff fairs are planned for May.

A state transition office at Harris-Stowe State University has a transition coordinator and an assistant employed by the Missouri Department of Elementary and Secondary Education. The team they are working with includes representatives from the Missouri Public Charter School Association and St. Louis Public Schools.

On Wednesday, Gwen Westbrooks, the state's transition coordinator, met with about 100 anxious teachers, parents and students in the gymnasium of Imagine College Prep Academy, 706 North Jefferson Avenue. She told them they must proceed as if the schools will close.

Parents asked if other schools would accept their children's transcripts. Teachers asked when their paychecks would end. Some expressed anger that Missouri Baptist University had withdrawn its sponsorship of the schools, and then the state board had voted to close them. Others wanted to know if the children could transfer together and still attend school together.

"Our plan is to keep all our kids together following reorganization," said Reynaldo Anderson, president of the Imagine Academy of Careers board. "No one wants to see these kids scattered to the wind."

An estimated 500 to 700 seats are available in the city's remaining charter schools. This does not include available slots at St. Louis Language Immersion's Chinese School or Gateway Science Academy's second location, the two charter schools scheduled to open in August.

St. Louis Schools Superintendent Kelvin Adams, who helped oversee the dramatic displacement of tens of thousands of students in New Orleans following Hurricane Katrina, has several district staff members working on the Imagine transition. As many as 130 to 150 new teachers may need to be hired, he said.

Space in city schools is not a problem, Adams said. "The challenge here is placing them where they want to go," he added.

Even more challenging would be to successfully enroll in a county school through the Voluntary Interdistrict Choice Corporation. Nearly 3,000 city children have applied for 677 available spots in the student transfer program for the 2012-13 school year, according to David Glaser, executive director. Applying now will prioritize a student's application for 2013-14.

The Today and Tomorrow Education Foundation provides need-based tuition assistance to private and parochial schools in the city. There are still scholarships available for the 2012-13 school year, executive director Sharon Gerken said.

The Imagine schools had been on shaky ground all year.

Their scores on the state's standardized tests were well below those of St. Louis Public Schools. The schools were deficit spending. Rent and administrative costs took dollars from the classroom to the for-profit management company that runs them.

At the meeting at Imagine College Prep Wednesday, Anderson distanced the schools from Imagine. "We don't have anything to do with what Imagine decides to do from this day forward," he said. The governing board of Confluence Academy, with four charter schools and nearly 3,200 students, is working to cut ties with its for-profit operator, EdisonLearning Inc., to improve academic achievement. Test scores at three of the schools are also below those of St. Louis Public Schools.

State education officials intend the process of closing the Imagine schools to go more smoothly than charter school closures of the past, most recently Ethel Hedgeman Lyle or Paideia Academy, which either didn't involve the state or occurred on much shorter notice.

"This time we clearly do have a role," Nicastro said. "We've taken on that responsibility."

On Wednesday, parents at the meeting on the Imagine closures said the thought of transferring their children fills them with dread. Many are holding onto hope that the schools will remain open with a different sponsor and Imagine out of the picture.

"This is a lot like déjà vu to me," said one mother who rose from the crowd to speak. "I went through this three years ago with Ethel Hedgeman Lyle. All I want to know is, are you going to be around next year? Are you going to find a sponsor for this school?"

Westbrooks, the transition coordinator, told the mother what she had been telling parents all evening.

"We don't know what the end will be," she said. "The bottom line is, right now you're going to have to plan for the closing of these schools."

Elizabethe Holland and Jessica Bock of the Post-Dispatch contributed to this report.

Editorial: In failure of Imagine charter schools, there is opportunity

In seven years, will educators and politicians across the nation be talking about St. Louis as the next New Orleans?

A battle over a single state employee is putting in jeopardy an $11.8 million program serving 4,000 preschoolers.

Up to 6 schools could open this fall to absorb children now attending charter schools slated to close.

Eboni Boykin's story in many ways is like those of many children in urban schools. But her ascent to the Ivy League illustrates what is possible.

The move likely means more than 3,500 students in the city will be looking for new schools before fall.

Missouri's state school board plans to hold a hearing to decide whether to yank sponsorship authority from university, which regulates 6 Imagine schools in St. Louis.

Parents slow to give up on struggling Imagine schools

They say their children show improvements that speak louder than any state test score.

In most cases, Imagine sells its buildings to another company that leases them back to Imagine, with the schools themselves shouldering the rent with public funds.

The first four charter schools in St. Louis opened in 2000. Now, 24 are operating in the city. This week, the Missouri Board of Education vote…

Nationally, charter schools have a 15 percent closure rate, according to the Center for Education Reform. Its 2011 report says that of about 6…

Missouri has set up three ways for parents affected by the Imagine closings to obtain more information: