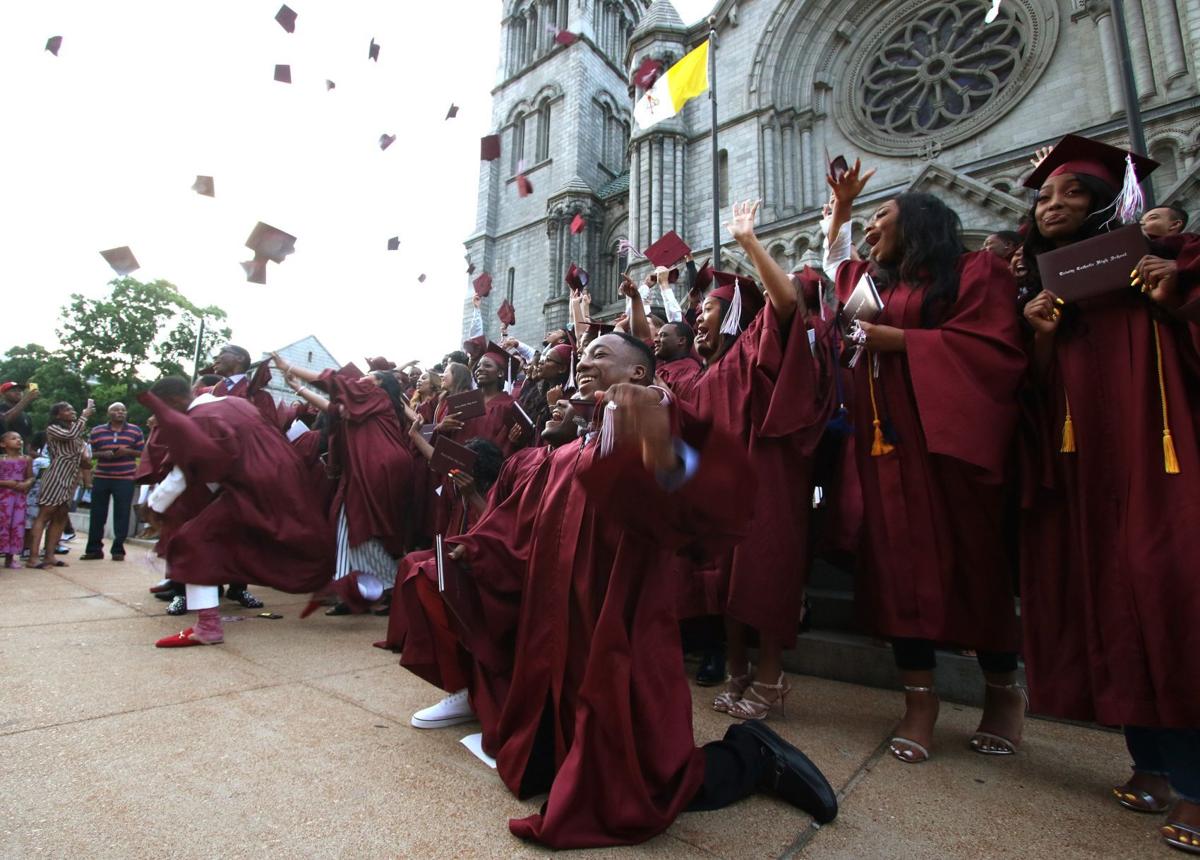 Brandon Gardner (center) and the Trinity Catholic graduating class throw their caps in the air outside the Cathedral Basilica following commencement ceremonies on Friday, May 17, 2019 in St. Louis.  Photo by Chris Lee 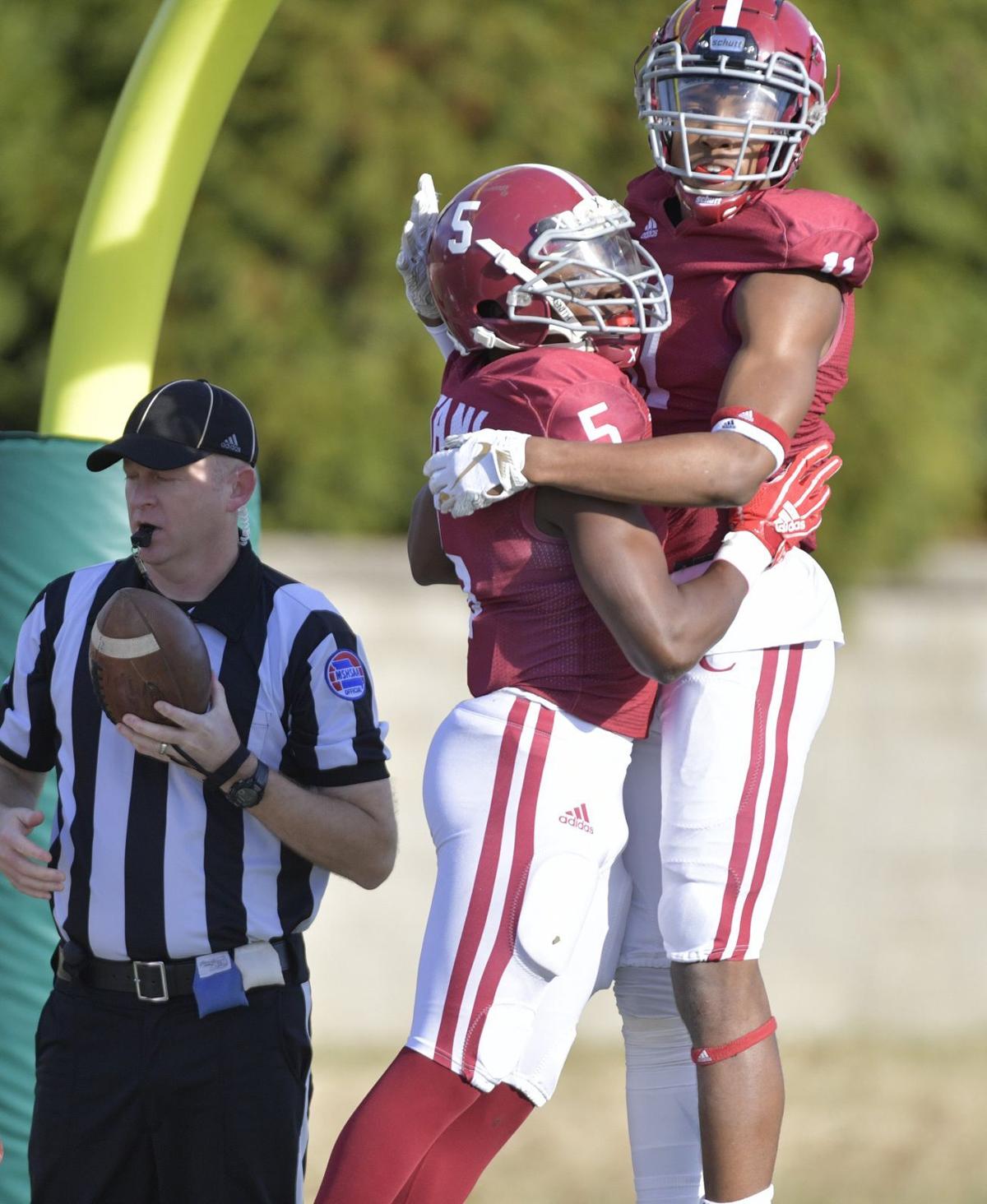 Trinity Catholic High School in north St. Louis County will close after this school year because of low enrollment, a spokesman for the Archdiocese of St. Louis said Thursday.

The school has seen a “steady and dramatic” enrollment decline to 284 students this year, including 77 seniors. Only 37 students were projected to enter next fall as freshmen. A financial analysis also showed that ongoing maintenance expenses were prohibitive for the school, built in 1959, according to the Archdiocese.

Trinity is the only Archdiocesan high school in St. Louis County. Its tuition, about $11,000 per year, was among the lowest for private high schools in the region. The school’s football team won the Class 3 state championship in 2018. Its boys’ and girls’ track and field teams won state titles in 2019.

Peter Frangie, a spokesman for the Archdiocese, did not comment on the number of staff layoffs. Assistance will be provided to families for transferring their students, and to staff members for job placement services, he said. Counseling also will be available.

Many of the other Catholic high schools in St. Louis County already offer transportation for students in the area.

Catholic high school enrollment in the St. Louis region has declined 22% over the last decade, mirroring a national trend. Nearly 1,000 schools have closed nationwide since 2009, according to the National Catholic Educational Association.

Two of Trinity’s top feeder elementary schools, Christ Light of the Nations in Spanish Lake and Most Holy Trinity in north St. Louis, closed permanently last spring because of financial losses from the pandemic. Another two feeder schools have closed in the last five years — Academy of St. Sabina and St. Angela Merici in Florissant.

Critical race theory, which applies a legal framework to demonstrate effects of racism on American society, is not part of the state's K-12 curriculum

Givens became Harris-Stowe's president in 1979 and served in that role until his retirement in 2011. He unexpectedly died Tuesday morning, the university said.

The university will work with students and staff in countries where the vaccine might not be widely available.

The goal of Proposition R in the special election is to boost the regional economy through workforce development.

The push for a ban on new schools comes after St. Louis Public Schools closed eight schools this spring, mainly due to falling enrollment.

The new law will allow college officials to raise tuition as much as they want beginning in July 2022.

Brandon Gardner (center) and the Trinity Catholic graduating class throw their caps in the air outside the Cathedral Basilica following commencement ceremonies on Friday, May 17, 2019 in St. Louis.  Photo by Chris Lee