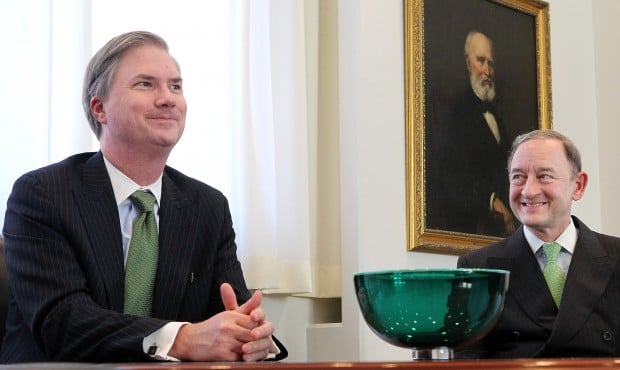 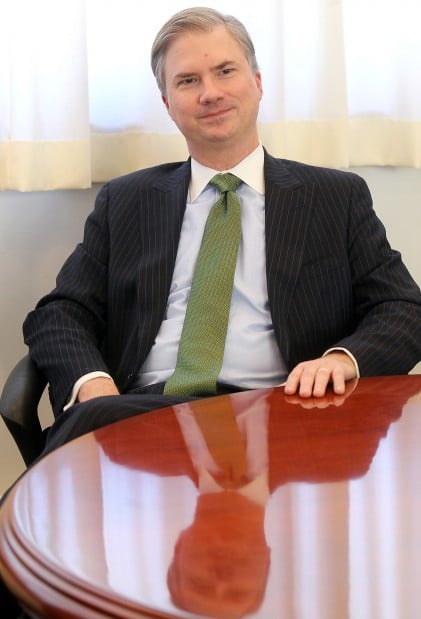 Holden Thorp, chancellor of the University of North Carolina at Chapel Hill, speaks with the St. Louis Post-Dispatch on Saturday, Feb. 16, 2013. Thorp will become provost of Washington University on July 1, 2013. Photo by Stephanie S. Cordle, scordle@post-dispatch.com

ST LOUIS • Washington University has tabbed the chancellor at the University of North Carolina-Chapel Hill to fill the position of provost, the institution’s chief academic officer and second-ranking administrator.

Holden Thorp, 48, will step into the job after his four-year tenure at North Carolina draws to a close on June 30.

He succeeds Edward Macias, who held the provost and executive vice chancellor position at Washington University for 25 years.

“He is among the most respected educators in higher education,” Wrighton said of the choice during an interview Saturday. “In Holden, we have a person who is still young in his career chronologically and Washington University is fortunate to have him as it has much to do in a short period of time.”

Thorp and Wrighton acknowledged but played down the possibility that the incoming provost is the heir apparent to Wrighton, 63. He has headed the university since 1995.

The decision to choose his successor, Wrighton said, will come from the WU Board of Trustees and not the chancellor’s office.

“I’m not ready to retire yet,” said Wrighton.

Said Thorp: “I’m coming here to be the provost and I hope it’s a long time before that conversation takes place.”

Yet, Wrighton, at the same time, hinted at succession in his effusive praise of Thorp’s leadership qualities.

Nor did Wrighton take an edge off the speculation by emphasizing Washington University will be left in able hands while he devotes himself to off-campus demands, chiefly the university’s $2.2 billion funding campaign.

“If I’m in the air on a 15-hour trip to India and something unforeseen occurs (on campus) it’s good to know that it’s probably something he has already seen before,” said Wrighton.

The announcement is another surprising twist in Thorp’s academic career.

In September, Thorp informed the University of North Carolina system that he would leave his leadership post at end of the 2012-13 academic year.

During his time heading the NC system’s largest campus, Thorp had to deal with a number of scandals that hit the university: NCAA sanctions against the football team, a scandal that implicated the school’s chief fundraiser, and academic misconduct in the African and Afro-American Studies Department.

After he announced plans to resign, UNC-Chapel Hill students and faculty held a rally at the campus in September showing their support for Thorp, and some student campus leaders asked him to remain chancellor.

The chancellor had planned to return to the classroom as a chaired UNC professor of chemistry, but the overture from Washington University waylaid that plan, Thorp said in an interview Saturday.

Thorp said he looks forward to stepping back from the “street fighting” that marks the competing interests of rival campus factions in public higher education.

“It (will be) appealing to take a break from that,” he said.

A private university, Thorp noted, will allow him to further his commitment to priorities, such as the accessibility of higher education, in an environment that precludes legislative meddling.

For Thorp, WU’s place in the burgeoning St. Louis biotechnology field was another plus drawing him here.

As a researcher and inventor, Thorp holds 12 U.S. patents. He has also founded two biotech companies. One of the companies, Viamet Pharmaceuticals, has developed two drugs currently in clinical trials to treat cancer and other diseases.

Thorp was thrilled to learn recently that the life sciences at WU extends to the athletic field.

The Division III Washington University football Bears, though inferior on the gridiron, do manage to trump the Division I North Carolina Tar Heels in one significant way:

The number of biomedical engineering majors on the roster.

New Wash U provost finds smaller can be better

Holden Thorp among college executives who prefer the refuge of schools with lower-profile athletics.

Work of late painter is the focus of two exhibitions.

Holden Thorp, chancellor of the University of North Carolina at Chapel Hill, speaks with the St. Louis Post-Dispatch on Saturday, Feb. 16, 2013. Thorp will become provost of Washington University on July 1, 2013. Photo by Stephanie S. Cordle, scordle@post-dispatch.com 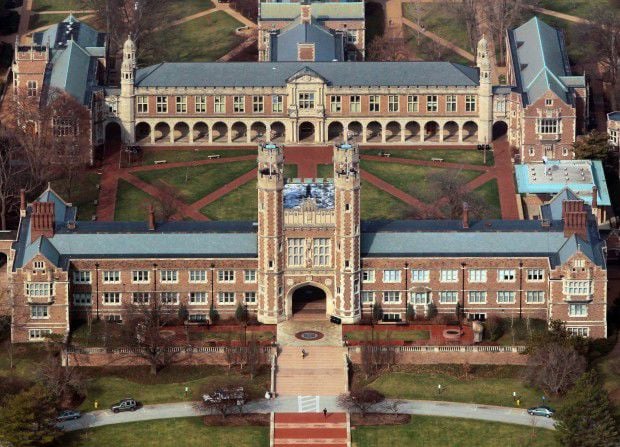 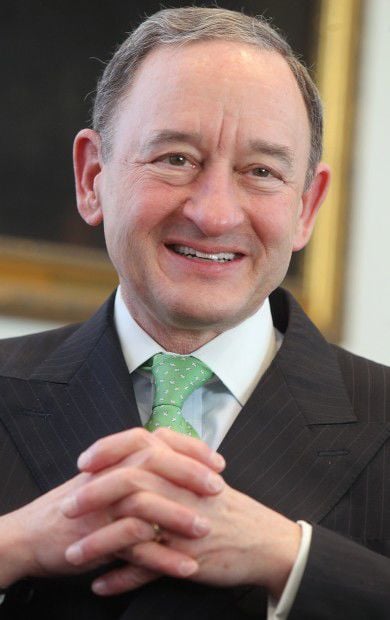