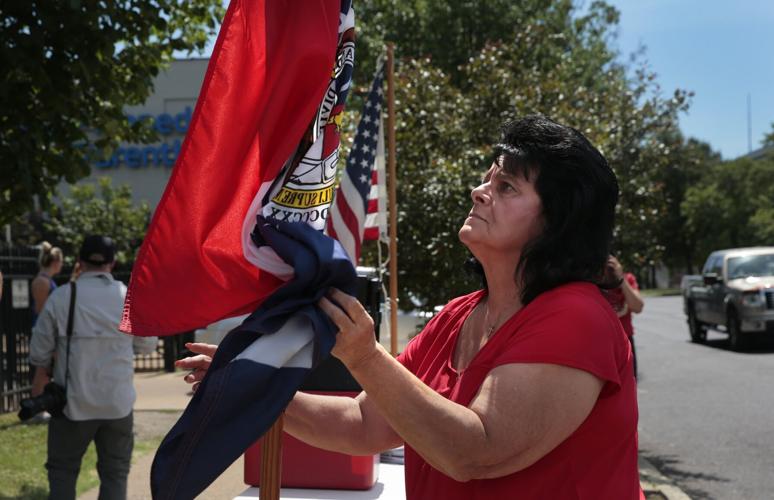 Anti-abortion advocate Mary Maschmeier, president and founder of Defenders of the Unborn, unfurls her Missouri flag outside Planned Parenthood of Missouri after the U.S. Supreme Court announced a decision overturning Roe v. Wade on Friday, June 24, 2022. 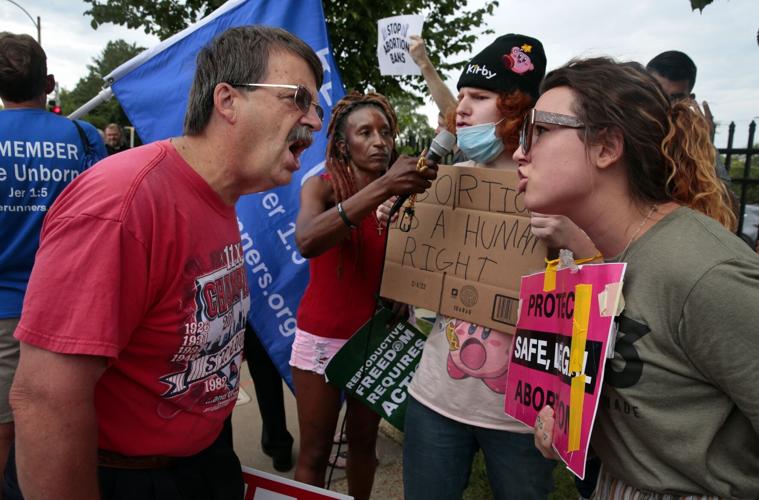 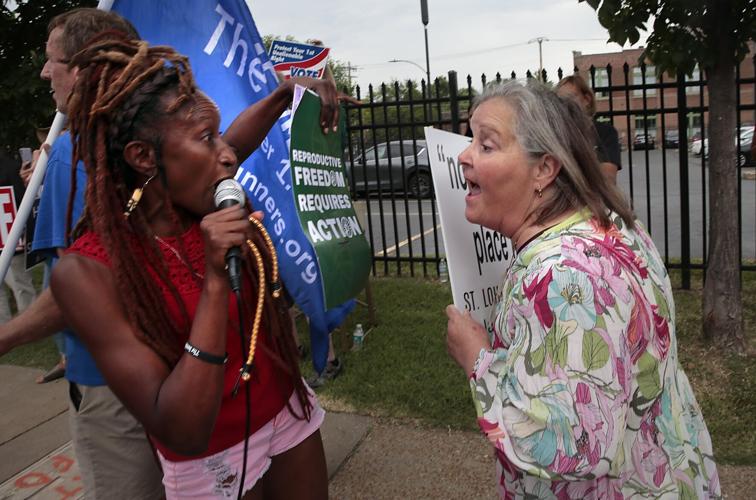 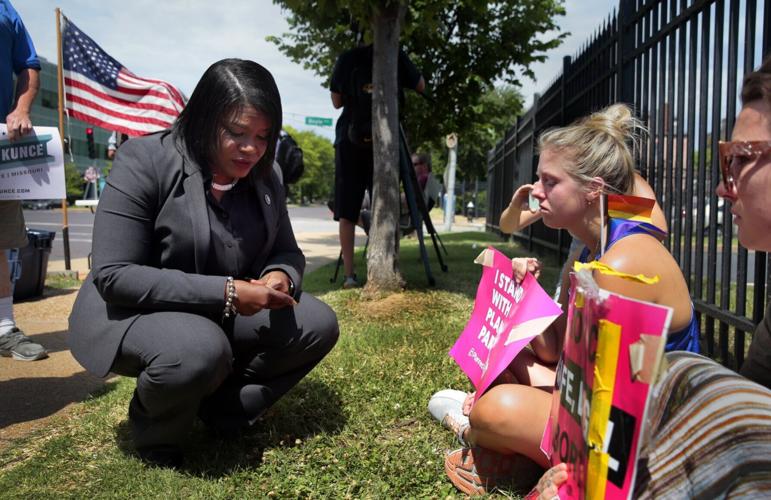 JEFFERSON CITY — Abortion was outlawed in Missouri Friday, but that doesn’t mean the issue will drop off the radar as a high-profile agenda item for state lawmakers.

Potential issues that could still be considered include how Missouri handles federal funding for Medicaid and Planned Parenthood. Lawmakers also may revisit proposed legislation to allow private citizens to sue anyone who helps a Missouri resident obtain an abortion out of state.

“The Pro-Life Generation will continue our work to protect the dignity of innocent life in state capitols across the United States and support women and families facing unexpected pregnancies,” said Rep. Mary Elizabeth Coleman, R-Arnold, who is running for a seat in the state Senate.

In overturning Roe v. Wade, the Supreme Court allowed Gov. Mike Parson and Attorney General Eric Schmitt to sign off on a trigger law that was put in place by the General Assembly in 2019.

In doing so, all abortions except those performed during a medical emergency have been banned in the state.

After years of efforts to restrict abortion, lawmakers like Coleman said the ban likely will put abortion opponents on the defensive as abortion rights advocates work in court to undo the changes.

“If there is movement to challenge these laws in state court, you will see a response from the pro-life community,” Coleman said. “Right now, I think the focus will be on protecting the laws that we have on the books now.”

In addition, abortion rights supporters could attempt to put a question on the statewide ballot asking Missouri voters if they want to make abortion legal again.

Gunby, who is running for Congress in Missouri’s 2nd District, urged citizens to march in support of that effort.

“Despite the decision … this issue has not been permanently decided,” Gunby said in a statement.

Coleman said her proposal to give private citizens the right to sue people who help Missourians get abortions out of state is not at the top of her list for now.

“I don’t see that as a priority of the pro-life movement right now,” Coleman said. “At some point, people may want to address abortion tourism.”

The proposal gained national attention earlier this year when Coleman attached an amendment to a number of bills that were moving through the House.

The legislation was aimed at addressing a surge in the number of women who travel to Illinois for abortions.

Since Planned Parenthood opened its clinic in Fairview Heights in 2019, more than 10,000 Missouri residents have received abortion care at the clinic.

By early 2021, the lone remaining clinic in Missouri, located in St. Louis, was providing fewer than 20 abortions per month because of restrictions like waiting periods and mandated pelvic examinations, according to the Missouri Department of Health and Senior Services.

Coleman’s effort did not get across the finish line before lawmakers adjourned in mid-May.

Abortion rights advocates said the measure would violate the U.S. Constitution because states can’t regulate activities outside their borders.

Abortion to remain a top issue

“Republicans will not stop with abortion. They will begin stripping away access to birth control and contraception, in vitro fertilization and marriage equality,” Quade said. “With Roe overturned, Missouri now requires people to remain pregnant against their will, treating them as little more than fetal incubators with no rights or role in the decision, even in cases of rape and incest.”

In 2021, the Missouri Senate voted to ban certain contraceptives as part of a bill to renew a tax on hospitals, but the measure did not advance to the House after women senators in the chamber banded together to stop the effort.

But with the 2022 election looming, the make-up of the Senate could be different next year, potentially allowing such a proposal to get through.

Republicans who are pressing to continue finding ways to limit abortion have an ally in the governor.

Parson has been consistent in his support for restricting the procedure and on Friday hailed the Supreme Court decision as a major win.

“Thanks to decades of conservative leaders, Missouri has become one of the most pro-life states in the nation, and our administration has always fought for the life of every unborn child. Today, our efforts have produced what generations of Missourians have worked and prayed for: Today, we have won our fight to protect innocent life,” Parson said.

The issue of funding is already playing itself out in the election. Missouri Right to Life, an anti-abortion lobbying force under the Capitol dome, is backing primary challengers to several incumbent members of the House and Senate after they voted against stripping funding from Planned Parenthood through state law.

During the legislative session, lawmakers defunded Planned Parenthood in the state budget.

But Missouri Right to Life wanted a stand-alone bill putting the language into statute.

In a statement issued Friday, Steve Rupp, president of Missouri Right to Life, said, “Today we celebrate and then we go back to work to protect unborn babies and women from the abortion industry.”

Abortions in Missouri: Prohibited, no exceptions for rape or incest

Thousands of people across the country grappled with the reality of a post-Roe America on Saturday.

Anti-abortion advocate Mary Maschmeier, president and founder of Defenders of the Unborn, unfurls her Missouri flag outside Planned Parenthood of Missouri after the U.S. Supreme Court announced a decision overturning Roe v. Wade on Friday, June 24, 2022.