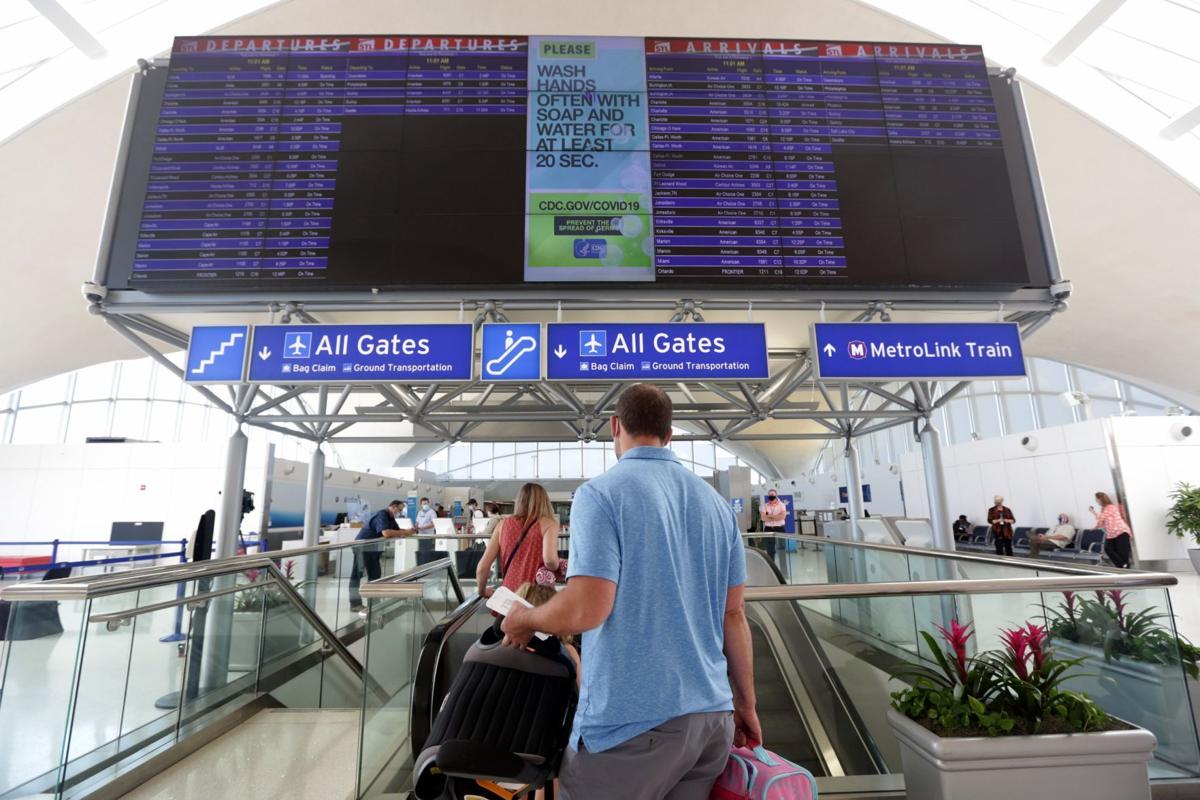 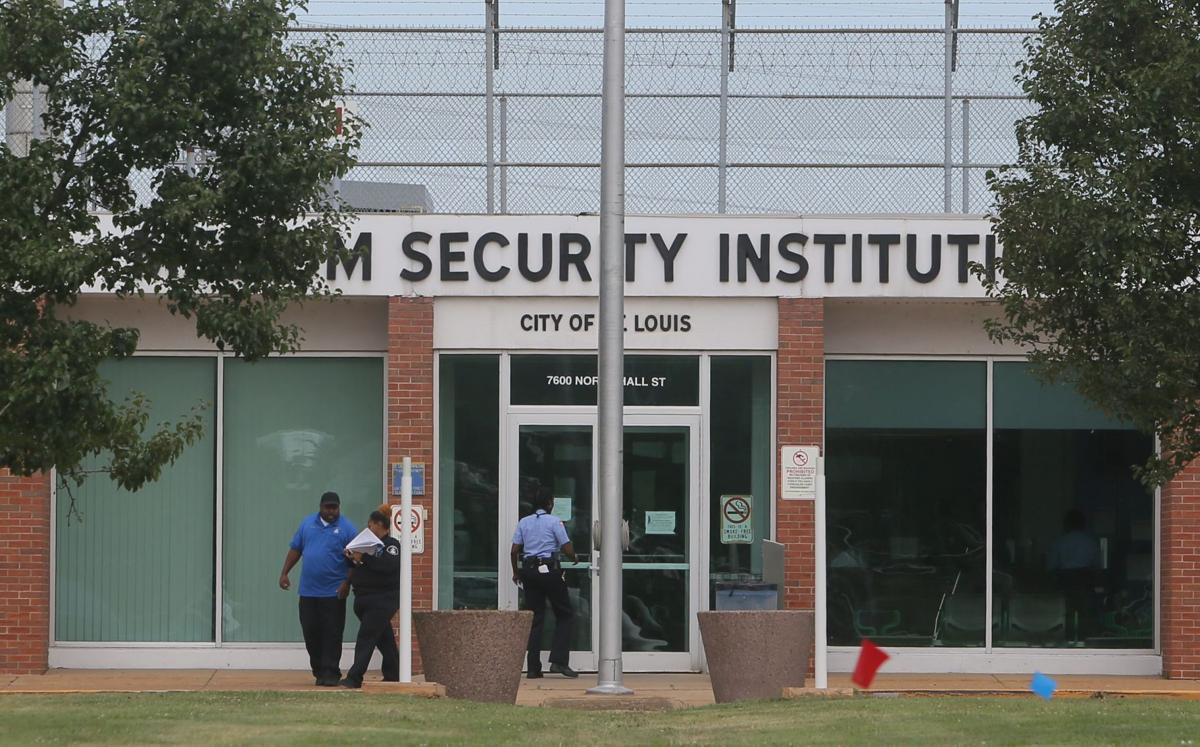 ST. LOUIS — The Board of Aldermen on Monday gave tentative approval to putting on the Nov. 3 ballot an airport privatization plan but left intact a proposed city budget which will continue funding for the controversial city workhouse.

The airport measure, sponsored by Aldermanic President Lewis Reed, was endorsed on a 14-11 vote after about six hours of debate.

If passed by voters, the city would be required to lease St. Louis Lambert International Airport for up to 49 years if a private bidder offered at least $1.7 billion plus smaller annual allotments.

Meanwhile, the decision by the proposed $1.16 billion budget’s sponsors to not bring up that measure for debate Monday meant that it and the workhouse funding will go into effect without board approval when the next fiscal year begins on Wednesday.

The move avoided the continuation of the at times impassioned debate on Friday on an amendment to delete about $8 million for the workhouse.

However, Reed on Monday night announced he’ll introduce bills that would require corrections officials to prepare a plan to shut down the workhouse, formally called the St. Louis Medium Security Institution, in six months or so.

A statement released by the Close the Workhouse campaign said “while this is an important moment, we will remain vigilant to ensure that the values and the principles of our campaign are realized.”

Meanwhile, Alderman Cara Spencer, one of the board members who pushed unsuccessfully to defund the facility, said she was glad to see Reed was planning some action. But Spencer, D-20th Ward, added that it was “a slap in the face” to the campaign and its aldermanic allies to not involve them.

Mayor Lyda Krewson’s spokesman, Jacob Long, said the mayor already has said the city was working toward operating only the main jail downtown but doesn’t want to put dangerous criminals back on the streets.

“We look forward to reviewing (Reed’s proposal) to gauge the impact on public safety,” Long said in a statement late Monday.

The city charter says if the Board of Aldermen doesn’t approve a budget by the start of the new fiscal year on Wednesday, the one submitted to it by the Board of Estimate and Apportionment goes into effect.

Another meeting of the board had been scheduled for Tuesday but Reed ruled that a motion adjourning the board until Thursday was approved on a voice vote.

The Lambert bill would restart the process of considering airport privatization, which was halted last December by the mayor.

Reed and other supporters point out that the measure would generate $1 billion for a wide range of city projects, including revitalizing deteriorating neighborhoods, especially in north St. Louis.

Alderman John Collins-Muhammad, D-21st Ward, said the bill would invest the hundreds of millions of dollars “in the communities that need it the most.”

Opponents complained that the bill and an alternate proposal by an initiative petition drive both would channel an estimated $44 million from Lambert lease proceeds to Grow Missouri, a nonprofit funded by retired investor Rex Sinquefield, and two other consulting firms.

That would reimburse the nonprofit for consulting firm expenses it paid for during the city’s previous two-year consideration of privatizing Lambert and compensate it and the two other firms for their own costs.

Alderman Bret Narayan, D-24th Ward, said “there’s no other reason for this rush job” except to help Sinquefield, a megadonor to various political campaigns over the years.

Under a June 2018 consulting contract with Grow Missouri at the start of the previous Lambert privatization study, the firm can qualify for reimbursement of its costs for up to 18 months after the contract’s termination if an airport lease deal was eventually worked out.

The city ended the contract Jan. 15 at Krewson’s request, so the 18-month period runs out in July of next year.

To avoid paying those consultants, Spencer tried to get aldermen to amend the bill to require a lease to be worked out by July 31 of next year after the 18-month period passed. Her amendment was defeated, 13-5.

The board also rejected Narayan’s amendment to send the bill to its transportation committee for further review. A different committee endorsed it last week.

Supporters of Reed’s bill pointed out that opponents had been pushing themselves for a public vote during the previous privatization process stopped by the mayor.

“What are you scared of?” Collins-Muhammad asked. “You were so confident.”

But opponents such as Megan Green, D-15th Ward, said they wanted voters to weigh in after a contract is hammered out, not before.

During the debate, Collins-Muhammad got the board to approve an amendment clarifying that any area meeting specified definitions of poverty and low income levels could qualify for some of the money earmarked for distressed neighborhoods.

That replaced wording reserving some of the money just for areas north of Delmar Boulevard.

Spencer complained that supporters of the bill have said nothing about improving Lambert and that Airport Director Rhonda Hamm-Niebruegge hadn’t been consulted on the proposal.

She said the airport’s development is a key to improving the economy of the metropolitan area. She also said the city could take other steps to improve poorer neighborhoods.

“It’s easy to sell your grandmother’s silverware when the times get tough,” she said, noting that the airport is one of the city’s most valuable assets.

Opponents also complained that no other continental U.S. airport currently is run by private companies.

On Monday, the Service Employees International Union, which represents Lambert janitors, announced its opposition to the bill, as did the Organization for Black Struggle.

The Carpenters Union and the St. Louis chapter of the NAACP support the petition drive plan.

Reed said his bill differs from the petition proposal in various respects and would give voters a choice. However, Alderman Joe Vollmer, D-10th Ward, said last week he hoped that the petitioners would negotiate and only one measure would make it to the ballot in November.

Vollmer, the chairman of the aldermanic Ways and Means Committee and co-sponsor of the budget bill, said he believed that a revised version of the proposed budget with changes agreed to by the estimate board on June 17 will now take effect. The estimate board submitted an earlier version in April.

That's based on an opinion issued in 1992 by the city counselor's office. The current city counselor, Julian Bush, said Monday he had not been asked to issue a new opinion.

GOP lawmakers who objected to election results violated the 14th Amendment, she says.

The Senate is expected to stay in session.

The council votes 4-3 to remove Clancy as chair. But Clancy insists the vote is not binding.

Corporations and other politicians have recoiled from Hawley since his failed bid to challenge the 2020 election results.

In nod to potential violence, Missouri Capitol swells with police

Supporters of Councilwoman Lisa Clancy, who was reelected chair on Jan. 5, say the vote is illegal.

Just days into their session, some Missouri lawmakers already in quarantine amid outbreak

The House rejected a mask requirement on Tuesday.

About 300 people gathered downtown Saturday to condemn the senator, who's received broad condemnation following the attack on the U.S. Capitol.