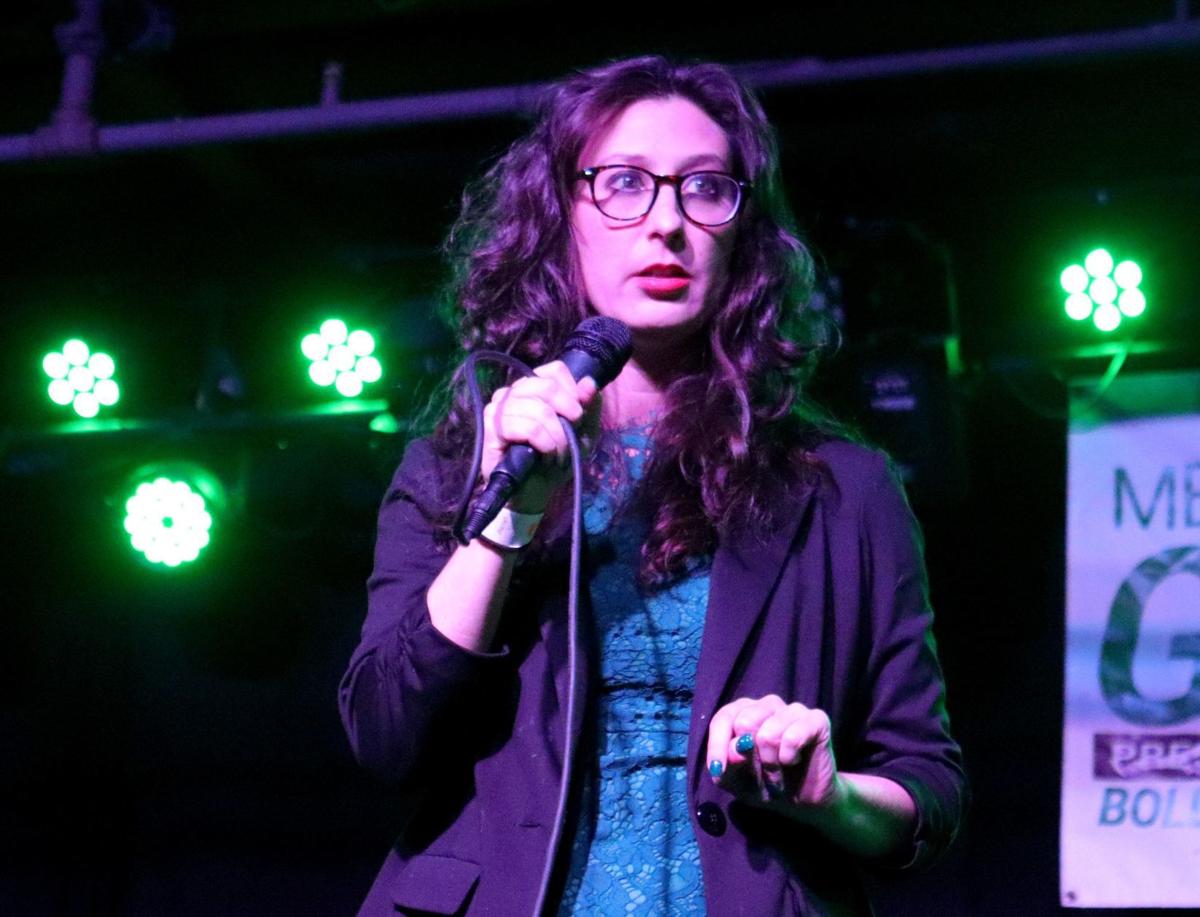 Megan Ellyia Green, candidate for President of the Board of Aldermen, makes her concession speech, Tuesday, March 5, 2019, after the final results of the election came in. Green came in third behind Lewis Reed, who won, and Jamilah Nasheed, who came in second. Green spoke at her watch party held at the Ready Room in the Grove. Photo by Hillary Levin, hlevin@post-dispatch.com. 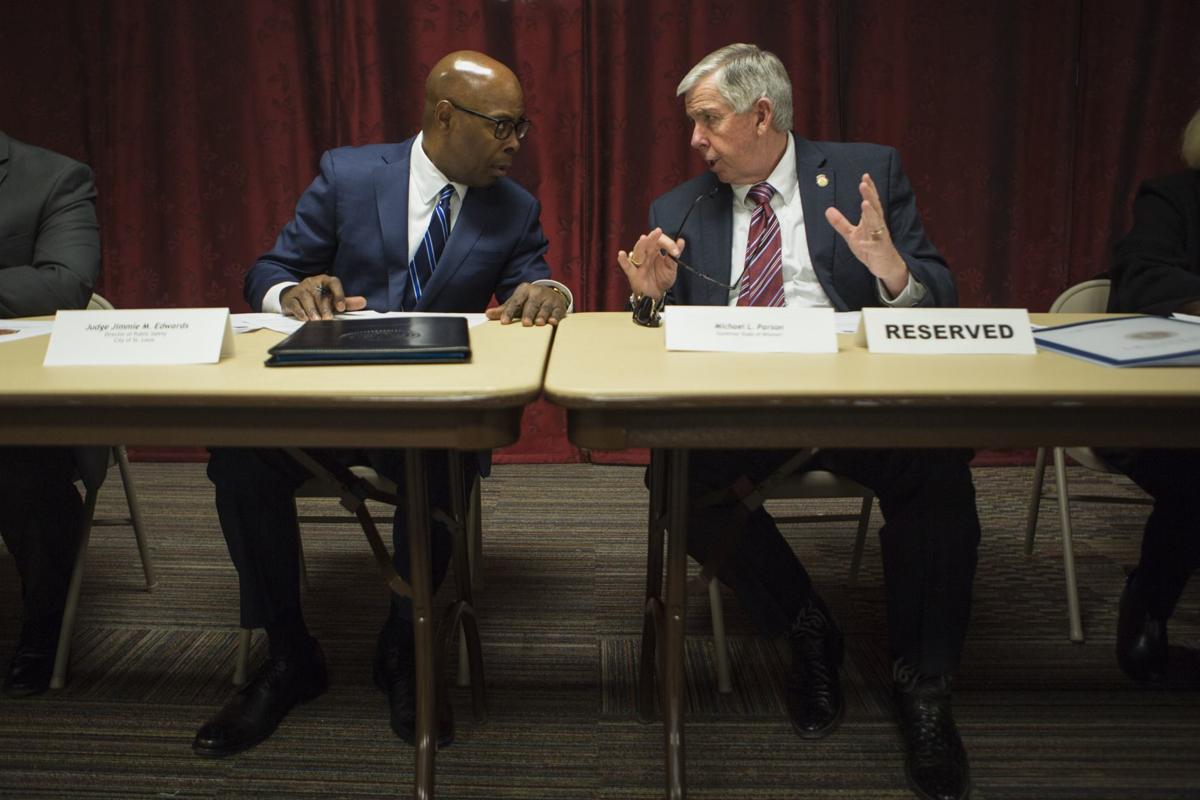 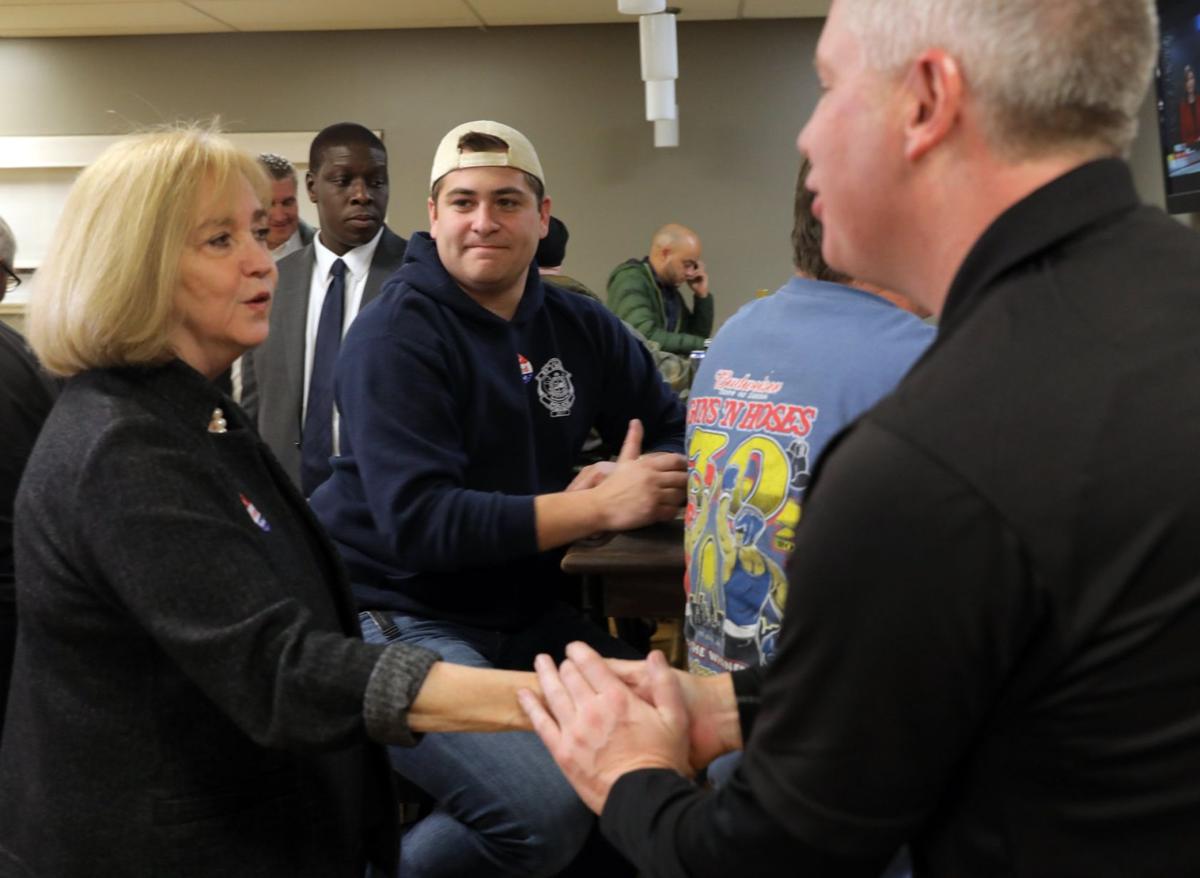 ST. LOUIS • The Democratic primary for president of the city’s Board of Aldermen is over, but exhaust from the contentious race continues to billow.

Alderman Megan Ellyia Green, who came in third place with 31 percent of the vote running as a democratic socialist, has contacted city public safety director Jimmie Edwards over Patriot Front flyers that were put up in her Tower Grove South neighborhood last weekend.

The flyers were illustrated with an arrow struck through a hammer and sickle and the phrase: “Better dead than red.”

The actions of SLPOA are dangerous. There’s a group that @splcenter IDs as a white nationalist group flyering S. Grand.

It’s likely the actions of SLPOA have inspired or emboldened this.

Hate groups continue to grow and SLPOA is one of the biggest recruiters. #FireRoorda pic.twitter.com/R2KjhfkNyL

According to email correspondence, Green told Edwards she was concerned that the largest labor union that represents St. Louis police officers may have motivated the flyers being put up and the message they contained.

“While it could be a coincidence, it’s entirely plausible that the actions of the St. Louis Police Officers Association have inspired, emboldened, or are connected to a hate group operating in our area,” wrote Green, 35, who represents Ward 15.

In a 2018 federal lawsuit filed against the city and St. Louis police, Green alleged that police tear-gassed her, and others, without cause in the Central West End after former police Officer Jason Stockley was acquitted of a murder charge for the fatal shooting of Anthony Lamar Smith.

In social media posts leading up to the March 5 board president race, the St. Louis Police Officers Association encouraged votes for “one of the pro-police Democrats on the ballot; not Communist Cop-Hater Megan Green!”

The well-publicized post included a picture of Mao’s body with Green’s head on it. In a different post from the union, which was removed, the headline “BETTER DEAD THAN RED!” was accompanied by a splattered red circle and line across a hammer and sickle.

“Our posts are working!” said the announcement. “In true form, the commies are red with anger. Megan Green and her friends deny their communist leanings but remind us how dangerous they are as they call for our members to be punished for exercising free speech. Welcome to Stalingrad!”

Emotions cooled online after the election. Then the Patriot Front flyers showed up in Green’s neighborhood last weekend. In an interview Friday, she said she was aware of three of the flyers.

“It’s concerning that they are popping up after the St. Louis Police Officers Association on their social media used the same verbiage that is also typically used by white supremacist groups, the better dead than red,” she said.

Among her questions to Edwards, she asked what steps were being made to remove Jeff Roorda, the business manager of the police union who oversees social media posts, and for details on what’s being done to ensure St. Louis police officers aren’t affiliated with white nationalists or hate groups.

“How can our community trust (the police department) to protect all people in our community when its union continues to express viewpoints that make many not feel safe?” she asked Edwards.

In his response, Edwards said: “I certainly don’t condone white supremacy. I will do everything that is legally possible to combat racism within and without the (police department).”

He said he couldn’t remove Roorda because the union official doesn’t work for the police department. “Nonetheless, I will forward your email to the FBI for its consideration.”

As of Friday, Green said the FBI hadn’t contacted her.

Roorda, a former Democratic state representative, said Friday that no St. Louis police officers are affiliated with white nationalists or hate groups. He said the phrase “Better dead than red” has been around a long time.

“It’s been used for 85 years − not by hate groups, but by Americans who oppose communism,” he said. “If she is not a communist, why does she feel threatened by it?”

He denied any connection to the flyers and said he suspected that Green put them up as “sort of a false flag.”

“While Megan Green is calling for my ouster, I am more popular than ever because we kept Megan Green out of office,” he said.

Lewis Reed won just 5 wards, but high turnout there pushed him to victory

He won the Democratic primary for St. Louis President of Board of Aldermen in a close race with state Sen. Jamilah Nasheed and Alderman Megan Ellyia Green.

Megan Ellyia Green, candidate for President of the Board of Aldermen, makes her concession speech, Tuesday, March 5, 2019, after the final results of the election came in. Green came in third behind Lewis Reed, who won, and Jamilah Nasheed, who came in second. Green spoke at her watch party held at the Ready Room in the Grove. Photo by Hillary Levin, hlevin@post-dispatch.com.