CLAYTON — St. Louis County officials say taxpayers got a raw deal in a land swap with a big contributor to former County Executive Steve Stenger’s campaign last year, and now they want to reverse that agreement.

But the donor, developer Michael Roberts, said he disagreed with the county’s claim and had no intention of trading back.

At issue is 60 acres of West Tyson Park, near Eureka, which the county traded in November 2018 to a company owned by Roberts, Crescent Farms South LLC. In exchange, the county got 15 acres nearby. Roberts donated at least $43,000 to Stenger’s campaign through companies affiliated with him but has said he did not do so in exchange for any favors from Stenger.

A Post-Dispatch story in May put light on the deal days after Stenger pleaded guilty to a play-to-pay scheme involving campaign donors. The newspaper in 2017 also highlighted a proposal to repair a bridge on Lewis Road that serves only Roberts’ home and the Crescent Farms golf course he owns, a deal which the council killed.

Deals with Roberts did not factor into Stenger’s criminal indictment. But an addendum to a federal grand jury subpoena did seek documents from the county related to any deal with Crescent Farms South and several other contracts and leases from Stenger’s tenure. Prosecutors have described their investigation as “ongoing.” Stenger was sentenced in August to 46 months in federal prison, although he is due to be released after serving 27 months.

Roberts has insisted that the county came out on top in the land swap. He said the 60 acres he received can’t be developed and are worth about $2,000 per acre, or $120,000. He said on Friday the property is of value to him because it adds green space to his 10,000-square-foot colonial mansion on Lewis Road.

He said the 15 acres he traded to the county are worth about $450,000, are not in a flood plain and can be developed.

The land swap was made possible by an ordinance approved in 2016, which allowed Crescent Farms South to lease the county property and vice versa. A clause at the end said the parcels could be exchanged two years after the lease agreement was signed. Stenger signed the lease on April 5, 2016. Three days later, according to Stenger’s campaign finance report, one of Roberts’ companies donated $10,000 to his campaign.

Asked if his donation was in exchange for the lease, Roberts said Friday, “Absolutely, positively, 100% no. We never discussed anything like that.” He said he was unaware that the donation was made three days after Stenger signed the lease.

The land swap occurred on Nov. 2, 2018, a few days before county voters approved a proposition requiring a public vote before county-owned parkland could be sold. The proposition was in response to the Stenger administration’s attempt in 2016 and 2017 to build an ice rink complex for the St. Louis Blues — whose owners also donated to Stenger — in Creve Coeur Lake Memorial Park.

Doug Moore, a spokesman for County Executive Sam Page, said on Friday that Page’s staff had compiled a list of contracts under Stenger that seemed to favor his donors. The list also included the county’s 20-year lease for office space at the former Northwest Plaza shopping center in St. Ann, which the County Council has said it has the authority to void because its owners gave $365,000 to Stenger.

But Moore said the county executive’s office was not ready to share the list and officials were still evaluating what recourse the county had to undo them.

Relationships between donations to Stenger’s campaign and county contracts continue to draw scrutiny months after his imprisonment. Earlier this week, the chief executive of a tech firm that won a no-bid contract under Stenger in 2017 testified that after signing the contract, she donated $10,000 to Stenger’s campaign at the request of business leaders who supported the Better Together city-county merger effort. The company was paid $548,000 for services the county plans to discontinue, and Page’s chief of staff, Winston Calvert, said, “We’re exploring our options.”

St. Louis County Counselor Beth Orwick said in a statement: “We’ve identified several insider deals where Stenger’s campaign contributors benefited to the taxpayers’ detriment. On its face, this land exchange seems like one. Unwinding it seems like the right thing to do. We hope Roberts agrees.”

Roberts said Friday he wasn’t going to trade back. He said, “I’m happy where I am.”

He said he strongly disagreed with the county’s appraisal of the property he obtained, which has been under flood water several times in recent years. He said it was a “worthless appraisal” and “wasn’t worth the paper it was printed on” because it used a few developable properties that were not in a flood plain as comps on which to determine a value.

He also said it wasn’t fair the county hired a company owned by Emerson Sutton Jr., who serves on the three-member St. Louis County Board of Equalization that rules on taxpayer disputes with the county assessor over property value.

Sutton was appointed by Stenger to the board in March 2015 and is serving on a term that expired in 2016. He said Friday he could not discuss the appraisals without the permission of his client, the county. And he said he was not authorized to speak about his work on the equalization board.

Moore, the spokesman for Page, said the county parks department used a list of state-approved appraisers. Of the seven contacted, three provided bids. Of those three companies, Sutton’s bid of $1,900 was significantly lower than the other two, Moore said.

Editor’s note: Roberts donated $10,000 three days after the lease was signed. An earlier version was incorrect.

As 2019 draws to a close, our reporters reflect on the top or most memorable stories they covered this year.

It ordered the county to produce Stenger’s call history, texts and emails related to contracts awarded by the county.

Guards brought Lamar Catchings to court in wheelchair. A week later, he was dead

A handcuffed Lamar Catchings walked into a St. Louis County courtroom on Jan. 25. The next court date, he was in a wheelchair. A week later, h…

St. Louis County Executive Steve Stenger is indicted by a grand jury on charges of theft of honest services.

It was a bold plan: ask Missouri voters to force the city of St. Louis and St. Louis County together. The plan crashed and burned within months.

NAACP president endorses merger, then admits he's paid to advocate for it

John Gaskin III said the merger would "improve the lives" of African Americans. Other offiicials in the group knew nothing about the endorseme… 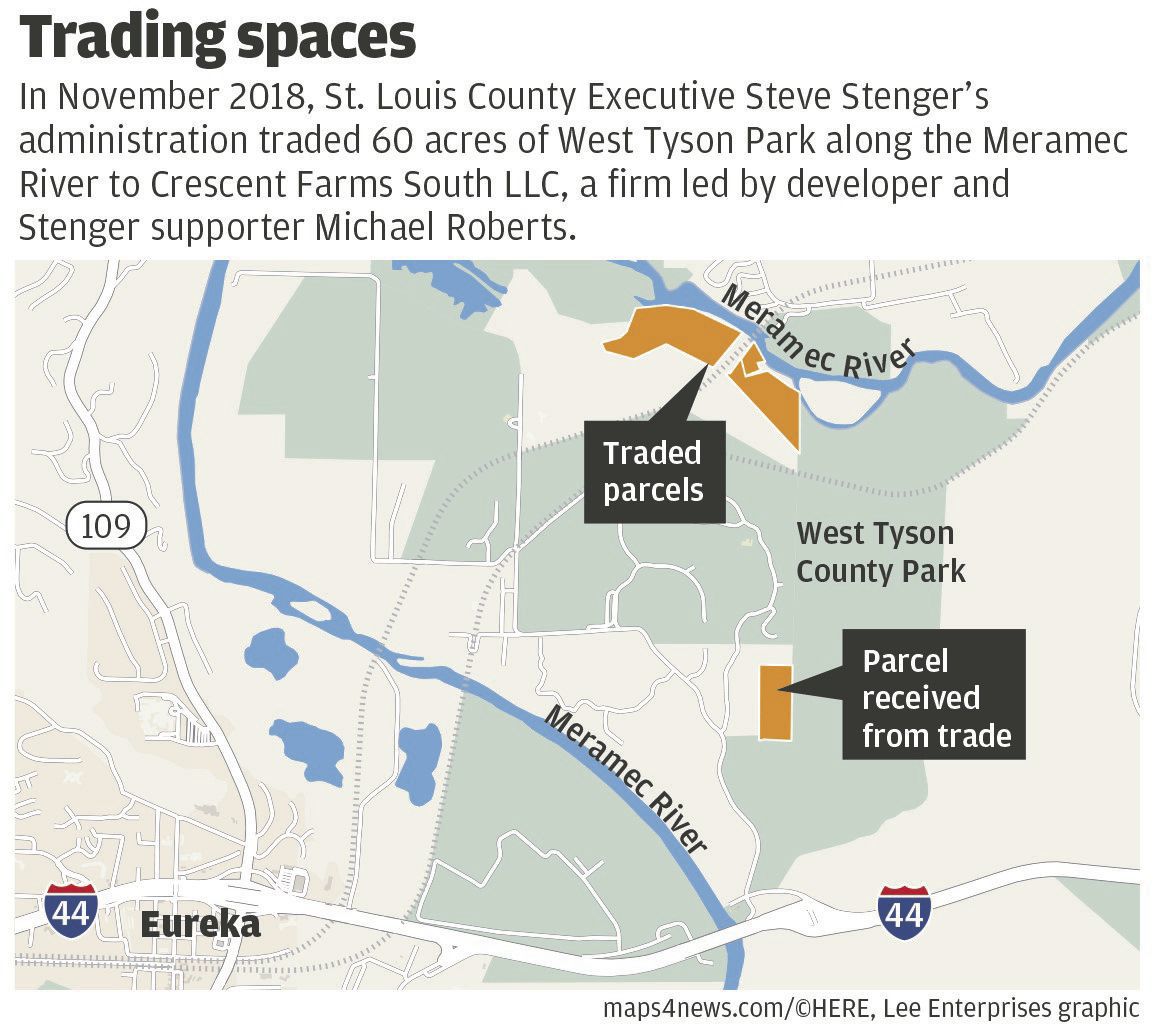 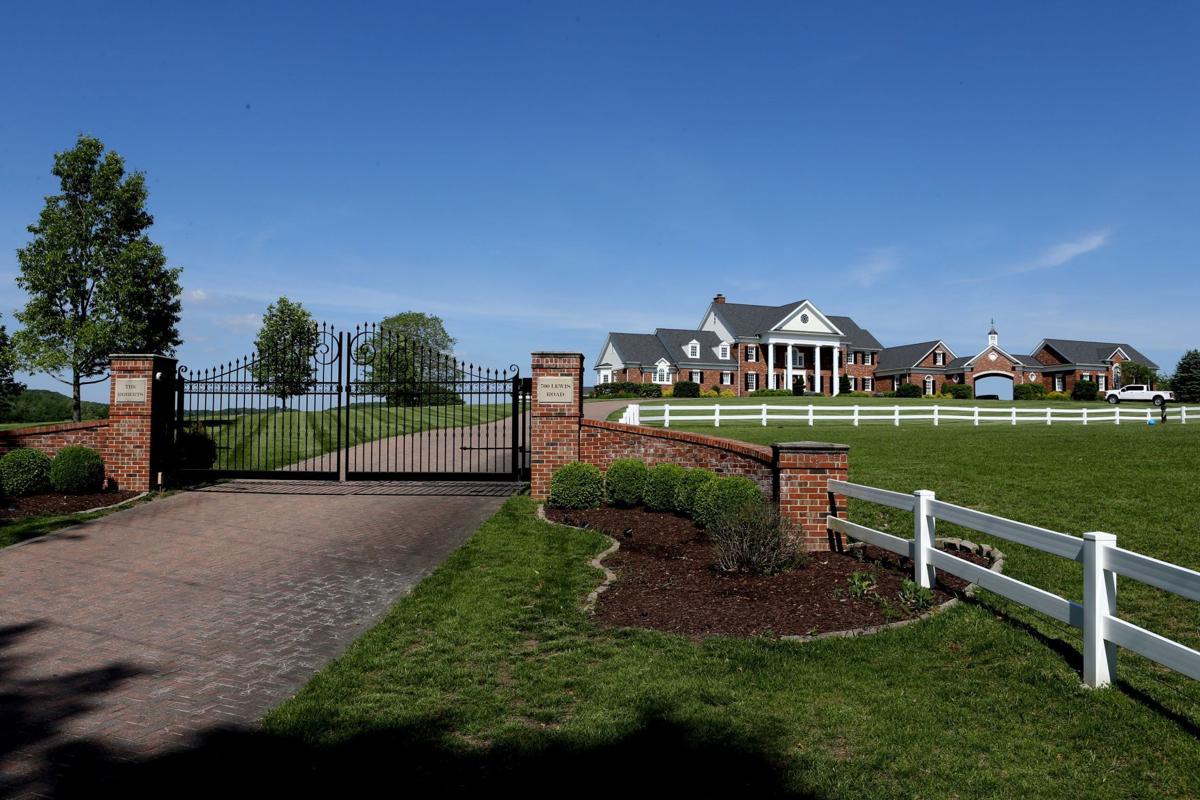 The 10,000-square-foot colonial mansion owned by Michael Roberts on Lewis Road near Eureka as seen on Tuesday, May 9, 2017.  Photo by David Carson, dcarson@post-dispatch.com