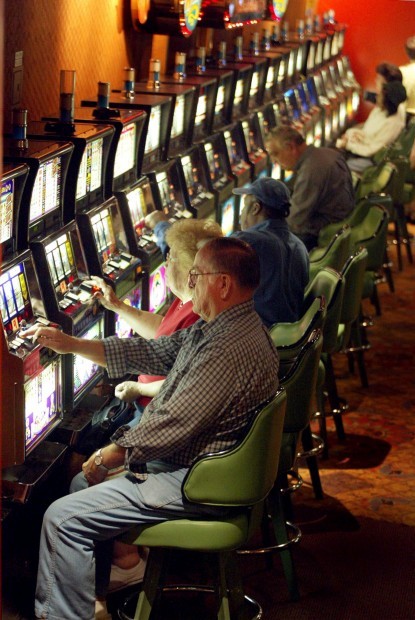 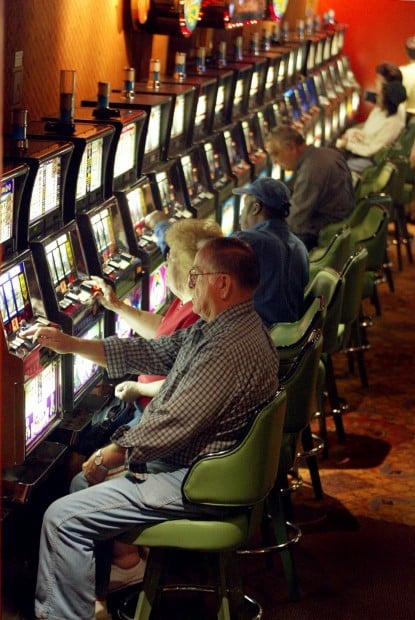 SPRINGFIELD, Ill. • The Illinois House narrowly voted on Tuesday to exempt casinos from the state's 2-year-old ban on smoking in public venues, saying the rule has caused hundreds of millions of gaming dollars to drift into Missouri and other neighboring states where gamblers can smoke.

Opponents say lawmakers are turning their backs on casino workers' health, and they questioned the figures being used to promote the bill. The measure now moves to the Senate, where it may yet be snuffed out.

The bill contains wording that would automatically put the smoking ban back in place in Illinois casinos if Missouri and other surrounding states banned it in their casinos. If it survives to law, it would affect the casinos in East St. Louis, Alton and eight other locations around the state.

Proponents cite what they say is $800 million in lost business for Illinois casinos in the past two years, much of it to Missouri competitors.

East St. Louis in particular has been held up by proponents as proof of the smoking ban's damaging effects on the state's gambling industry, because the local government and community is so reliant on gambling revenue.

"We have literally dangled a carrot in front of that community and now we have snatched it back," said the sponsor of the exemption, Rep. Daniel Burke, D-Chicago. "We have put them at a competitive disadvantage" with Missouri.

Opponents pointed out that one of the original purposes of the state's smoking ban was to protect workers in public venues, and that casino workers in particular have skills that aren't easily transferable to other types of jobs if they decide to avoid the smoke by quitting.

"We're talking about workers who really don't have a lot of choice ... in this economy" but to put up with smoke if it's allowed in the casinos, said Rep. Ann Williams, D-Chicago.

Others argue with proponents' claims of an $800 million loss to the industry and other talking points. After the vote, Kathy Sass of the American Lung Association angrily alleged the proponents had engaged in "deception" to win the 62-52 House vote, just two votes beyond what was needed for passage.

The bill's future in the Senate is uncertain. Senate President John Cullerton, D-Chicago, an original sponsor of the statewide smoking ban, is among the Legislature's strongest critics of smoking.

"He is most certainly a 'no' vote," Cullerton spokesperson Rikeesha Phelon said in a statement.

Smoking ban will be on Tuesday ballot

When it comes to raw cash, hardly anybody is better off than casino owners.

It blames Illinois' poor economy for the loss of gambling revenue.

Two years after banning smoking in public venues, Illinois legislators are pondering whether to undo that rule in the state's casinos.

All of the gain came at one casino: River City Casino in south St. Louis County.

But neither side seems to like the idea, which comes two years after Illinois banned indoor smoking in all public places.