Rams vs. Buccaneers: Updates and scores from the NFL playoffs 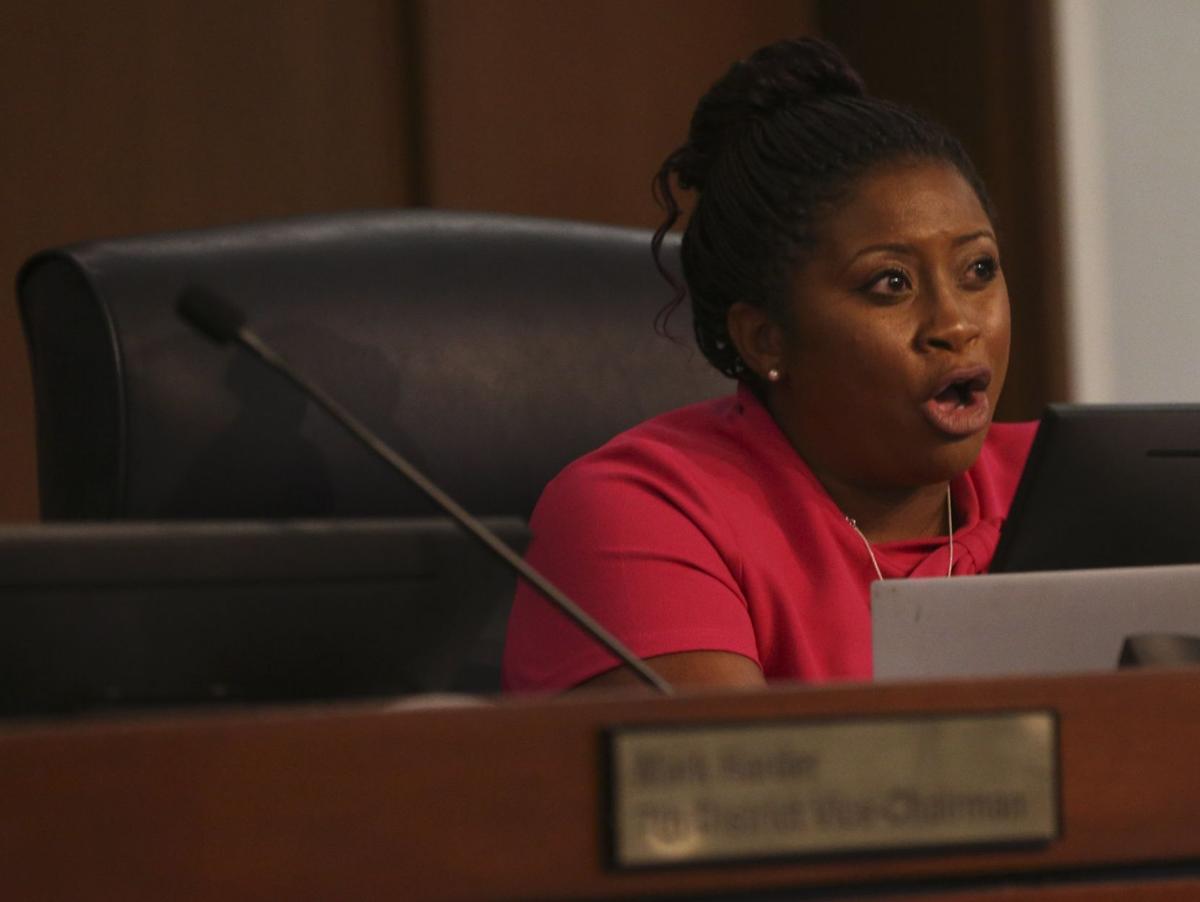 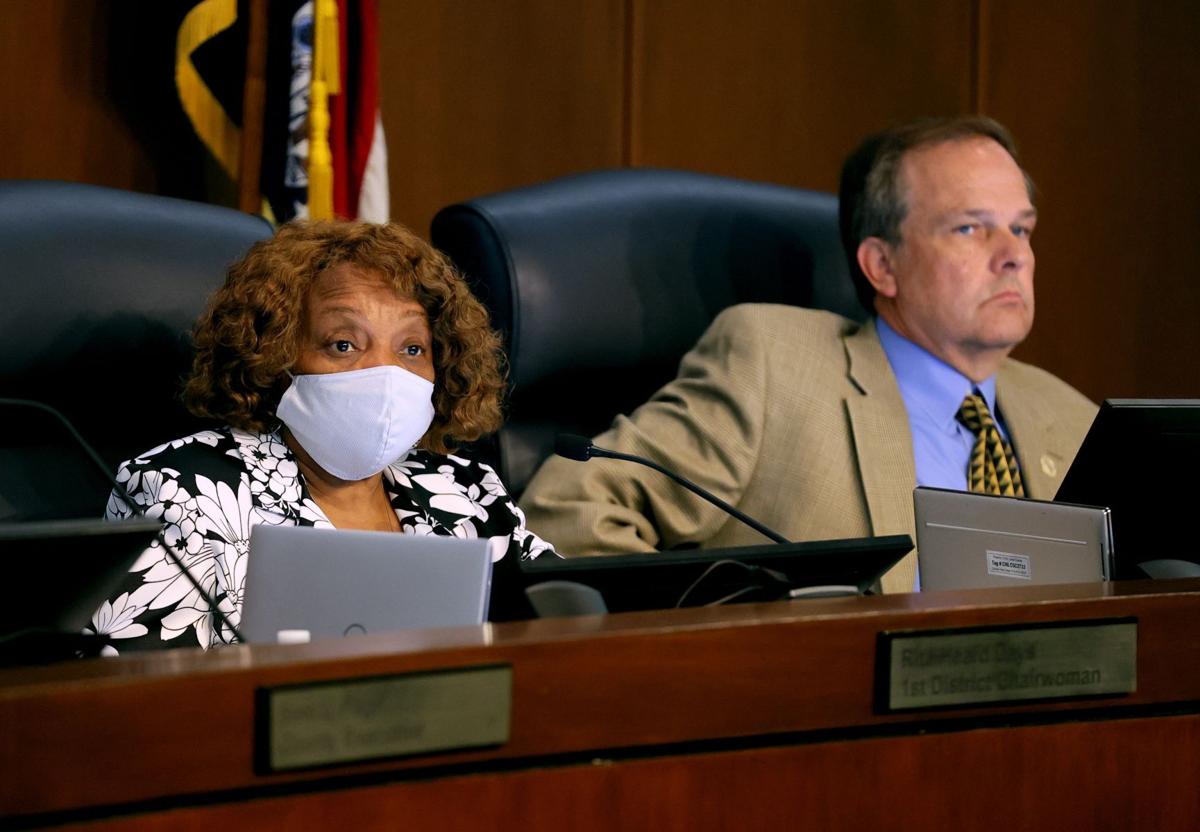 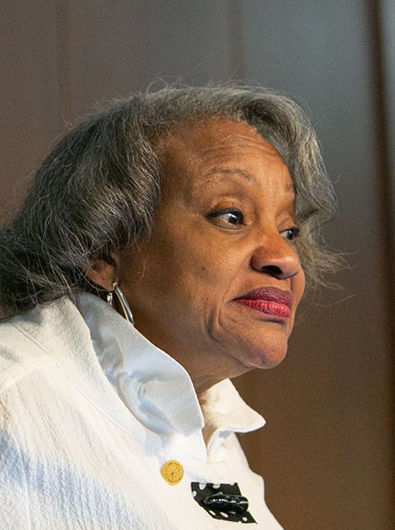 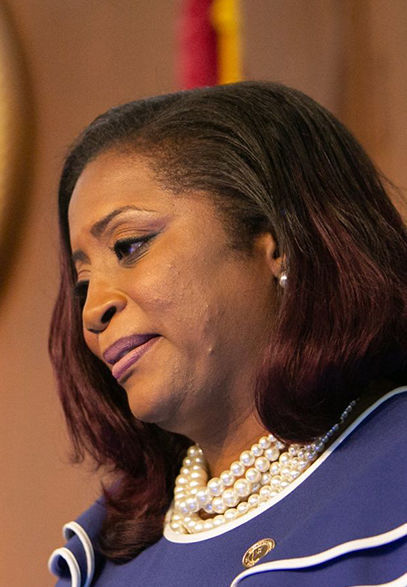 ST. LOUIS COUNTY — Two north St. Louis County councilwomen are facing criticism for voting against a countywide mask mandate this week, as some political leaders in their districts urge the council to reconsider the measure for the good of North County residents.

First, on Wednesday, more than a dozen Democratic committee members and officials in North County released a statement saying they stand with recommendations from medical experts that masking prevents spread of COVID-19.

Then, on Thursday, the St. Louis American, a Black-owned regional weekly that focuses on issues affecting African Americans, blasted Council Chairwoman Rita Days, D-1st District, and Councilwoman Shalonda Webb, D-4th District, in an editorial, accusing them of putting political alliances ahead of their residents.

“Black leaders in North County St. Louis should demand accountability from these Black elected officials for their actions that seem anathema to the best interests of the people in North County,” the editorial said. “They should be asked to help us understand why they have apparently placed their own political priorities above the wellbeing of the people who elected them.”

Days fiercely defended her votes and denied the American’s assertion that her vote was politically motivated.

“I have always been an independent legislator,” said Days, a former state representative. “I think for myself, I don’t need anyone else to think for me.”

Days and Webb, who represent majority-Black districts that have been harder hit by COVID-19 than wealthier, white suburbs, voted with Republicans Tim Fitch, Mark Harder and Ernie Trakas last month to rescind a mask order by County Executive Sam Page, a Democrat, arguing that Page didn’t consult with them beforehand.

The Page administration countered that the council didn’t have the authority under state law to strike down his order because it didn’t limit businesses operations. But Republican Missouri Attorney General Eric Schmitt sued to enforce the council’s vote, and a judge granted a temporary injunction against the order until a hearing Aug. 17.

On Tuesday, the council rejected a proposal by Lisa Clancy, D-5th District, for a new masking requirement. Some members characterized the measure as government overreach and argued, despite physicians’ testimony, that masks would not be effective.

Days insisted Thursday her council district was evenly split over the idea and that she couldn’t support the measure because it implied criminal punishment for not wearing a mask — a charge Clancy has strongly denied.

“To those mayors or elected officials who are critical of my vote,” Days said, “if they’re interested in making sure that people who look like me have another opportunity to be harassed by police officers, then that’s on them. But that is something that I will not support.”

Days accused Page of having a hand in both the Democratic committee flyer and the American’s editorial.

Days suggested Page has been “intricately involved” with the American.

“That’s par for the course, you know. This is politics,” Days said. “It’s unfortunate that it has to get like that.”

Page spokesman Doug Moore denied any connection to the American editorial or the flyer.

Jennings City Councilman Terry Wilson, who organized input for the flyer, said it was created independent of any connection to Page and was meant not as an attack on either councilwoman, but in support of a mask mandate in North County. Wilson has announced he will run against Days in the 2022 Democratic primary for the 1st District seat.

“And for the most part, everybody feels there should be something in place.”

Wilson said the group was planning to release the statement earlier, but after hearing Days and other council members say they voted down the first mandate because it was an executive order, decided to wait to see how the council would vote on Clancy’s proposal.

“As a City Council person, I respect the process of legislation,” Wilson said. “But I feel as leaders of the community we need to make sure we’re making decisions with the people in mind first. People over politics.”

Jones said he was disappointed in the council’s vote to reject the mask mandate. The masks are a “critical step,” while vaccination campaigns continue, he said.

Site for new ‘intentional’ homeless encampment near the St. Louis riverfront up in air

Mike Parson is calling on the Legislature to approve a 5.5% raise for all workers, as well as set a base minimum of $15 per hour for hourly workers.

Consensus emerged around a map that doesn’t eliminate a Democratic district and shores up a suburban St. Louis district for the GOP.

Looking for a helicopter? Missouri has one for sale

Missouri State Highway Patrol is auctioning off a helicopter, now through Feb. 7.

More than half of state auditor candidate Scott Fitzpatrick’s fundraising came from a single $250,000 donation this period.

What will it take to get Alderman Tina Pihl’s support for big Cortex project? She’s not saying

Approval of a residential high-rise, backed by St. Louis heavy-hitters, has been delayed as talks on incentives drag on.

Demand for testing and medical-grade masks has been high amid a nationwide winter surge in cases and hospitalizations driven by the omicron variant.

Democrats say gains are possible under the new map, but they could also lose ground in a GOP wave year.