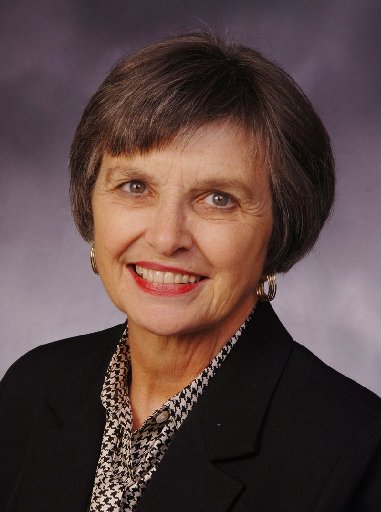 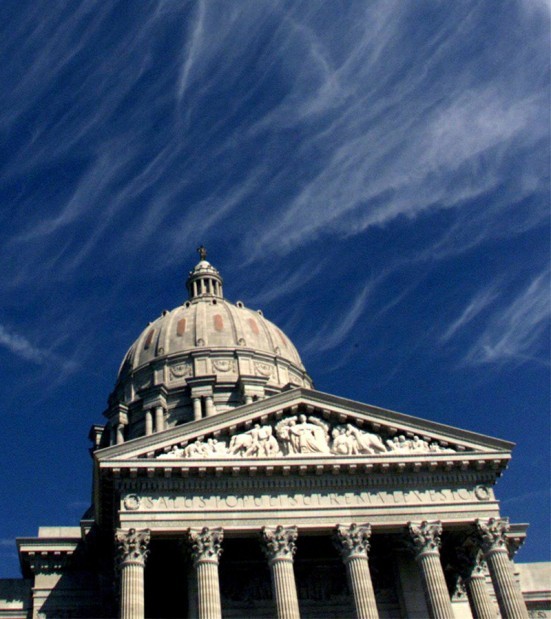 Brandom, a tough-on-crime Republican from near the Bootheel, sponsored a bill that would add "blunt" wraps - cigar-size tobacco leaves often used to roll marijuana joints - to the state's list of drug contraband.

No sooner did the measure reach the House than a crop of lobbyists emerged to oppose the bill.

And, just like that, the blunt ban went up in smoke.

Stogies packed with weed are hardly among the state's most pressing issues. But for a novel lesson in how Jefferson City sometimes operates, the blunt battle is hard to beat.

The restriction was part of a larger attempt by the cigar industry to throw an elbow at rivals in the rolling paper business that could cut into its sales. The bill was written by the cigar industry and submitted verbatim by a sponsor who says she didn't realize the "friend" pitching the legislation was a tobacco lobbyist.

When opposing lobbyists joined the fray, Brandom dropped the bill, conceding later that she didn't properly understand what she had sponsored.

The episode illustrates the immense pull enjoyed by lobbyists in the state Capitol. Term limits designed to ensure fresh blood in the Legislature give advantages to seasoned lobbyists, who know more about the legislative process than many lawmakers.

Lobbyists aren't just pushing new laws - as the blunt bill shows, they can be the sole reason behind them.

"The average Missourian would probably be shocked if he or she knew how things really worked down there," said Dan Duncan of the St. Louis branch of the National Council on Alcoholism and Drug Abuse. "It's symptomatic of whatever you want to call it - the ugly underbelly of government operations."

The Missouri blunt wrap bill is part of a national tobacco tug of war, with cigar distributors taking aim at products that allow customers to roll their own smokes. Often, the packaging and marketing material for the wraps are thinly veiled appeals to marijuana users.

The cigar industry has, unsuccessfully so far, backed legislation in Arizona, Hawaii, Arkansas and New Jersey, among other states, that would outlaw blunt wraps in certain circumstances. In identical wording, the bills define a blunt wrap as "an individual tobacco wrapper, also known as a wrap or roll-your-own cigar wrap, that is made wholly or in part from tobacco." A similar bill was approved by the Illinois Senate but earlier this year failed in the House.

The legislation in Missouri sought to group blunt wraps with bongs, roach clips and "cocaine spoons" as drug paraphernalia, making it a criminal misdemeanor to possess the wraps with intent to use them for smoking marijuana.

Brandom, the Sikeston Republican who sponsored the legislation, also has submitted a bill that would require drug testing for welfare recipients. On her campaign website, she says she supports strengthening sentences for drug offenders "at all costs."

‘IT WAS A TOTAL MESS'

That, however, is not why she sponsored the blunt wrap measure. In an initial interview, Brandom told a reporter she sponsored the bill after "friends" expressed concern about the issue. Later, when pressed, she acknowledged there was only one friend: lobbyist Sam Licklider, who has represented the Cigar Association of America since 2004.

"I just did it as a friend," Brandom said. "That's why I called him my friend. I did it, and it was a total mess."

Brandom said the idea of preventing children from using marijuana appealed to her, but she didn't realize that, because blunt wraps are made of tobacco, they are already off-limits to anyone under 18.

She also said she didn't know Licklider is a lobbyist for the Cigar Association, although the information is readily available on the state Ethics Commission's website.

"I'm not trying to be devious. As far as I'm concerned, I misunderstood what I was doing," Brandom said. "It's my fault - I take full responsibility."

Brandom's bill, introduced on Jan. 18, set off a frenzy of activity from opponents. The Louisville, Ky., company that sells Zig-Zag brand wraps hired a Jefferson City lobbyist on Jan. 24, and another on Jan. 31.

On Jan. 27, the Roll Your Own Cigar Association hired lobbyist John Britton, whose representation of Anheuser-Busch has made him one of the most powerful figures in Jefferson City through the years.

The head of the Roll Your Own association is an executive in the company that distributes Royal Blunts brand "EZ-Rolls" in grape, sour apple and "wet mango" flavors.

Britton, who also represents the video game and movie industries, confirmed that the Roll Your Own group enlisted him to fight the blunt bill.

"They want to make sure they aren't banned or overly taxed or something like that," Britton said.

Marijuana smokers aren't the only ones that use blunt wraps, Britton insisted. Wraps, he said, are a cheaper alternative for the cost-conscious cigar aficionado.

"Just like you can roll your own cigarette, to get away from that $44 a carton stuff," Britton said. "And somebody might have discovered, ‘Hey, I can roll grass in there.' "

The way Brandom tells it, Britton's lobbying firm did not need to do much to defeat the bill. As soon as a Britton associate, lobbyist Matt Hill, approached Brandom, she assured him his work was done. "I said, ‘Matt, that bill's history. Don't even think about it,'" Brandom recalled.

Steve Carroll, a former state representative hired to lobby for Zig-Zag, said he cautioned other lawmakers that the bill was not an anti-drug crusade, as it may have seemed. "This is nothing more than a market share grab," Carroll said. "It's about the almighty dollar, and not anything illegal that's going on."

While the bill would not have necessarily made it against the law to sell blunt wraps in Missouri, the stigma of being listed among drug paraphernalia could hurt sales. Also the bill does not address prepackaged cigars, which can be converted to blunts by emptying out the tobacco. Some of the most common brands for making blunts - Phillies, Dutch Masters - are distributed by one of the Cigar Association's largest members, Altadis U.S.A.

In Missouri, the blunt bill was referred to the House crime committee, where a wary chairman never gave it a hearing. "I was not impressed," the chairman, Rodney Schad, R-Versailles, said. "It looked like it restricted capitalism instead of preventing crime."

The bill's brief life may offer a lesson in how powerful veteran lobbyists can be in a Legislature full of newer members.

Because of term limits approved by voters in 1992, lawmakers can serve a maximum of eight years in both the House and Senate. The result is that some veteran lobbyists have decades more experience than lawmakers such as Brandom, who was elected in 2006.

For instance, Licklider, the cigar lobbyist, has been lobbying Jefferson City since the current House speaker, 39-year-old Steve Tilley, was in elementary school.

The concern, Schad says, is that lobbyists will use that experience gap to promote the interests of their clients - at the expense of persuading a friendly lawmaker to sponsor flawed legislation.

"We have an enormous amount of institutional knowledge in our lobbyists, rather than in our legislators," Schad said. "It is a real problem."

The imbroglio over blunt wraps was unusual only in that it pitted two deep-pocketed tobacco interests against one another.

Duncan, the director of community services at the St. Louis office of the National Council on Alcoholism and Drug Abuse, said that his agency has been fighting for years to raise the tax on cigarettes but that tobacco lobbyists had thwarted their efforts.

"They can do things for legislators that those of us in the social services like me can't begin to do," Duncan said.

Duncan said his agency supports curbs on marijuana paraphernalia, often sold at head shops with a wink and a nod. But in the case of the blunt bill, drug prevention advocates didn't even have a chance to stake a position. Brandom officially dropped the bill on Feb. 24. Licklider said it was because she was "concerned about all the hoopla."

But it may be too early to score a victory for the rolling paper lobby. Though the measure has been officially withdrawn, many new laws enacted in the Legislature are cobbled together piecemeal, rather than in standalone bills. Before the session ends in May, lawmakers will see a flood of legislative proposals searching for a second chance - and that's where lobbyists such as Licklider truly earn their keep.

"There are always amendments," he said. "Not saying it's going to happen. Not saying it won't happen. There are just all sorts of possibilities out there."

Some lawmakers believe key to solving the state's crisis is squeezing savings from the safety net supporting the state's 1.6 million welfare recipients.

The state constitution requires that bills contain only one subject, he said.