JEFFERSON CITY — An independent candidate seeking to scramble Missouri’s hotly contested race to replace Republican Roy Blunt in the U.S. Senate said he collected more than 20,000 signatures to get his name on the Nov. 8 ballot.

With voters set to cast their ballots in the primary Tuesday, attorney John Wood spent Monday morning at the Secretary of State’s office formally submitting the paperwork and signatures he needed to make his bid official.

“Our first goal when we kicked off this campaign was to secure our place on the November ballot so Missourians who are sick and tired of the extremism in our politics would have a commonsense, independent choice to support in November,” Wood said.

The former Jan. 6 investigator, who is being backed by former U.S. Sen. John Danforth, launched his bid on June 29 as scandal-plagued former Gov. Eric Greitens was seeking to make a political comeback after he quit as Missouri’s chief executive in 2018.

Recent polls have shown the controversial Greitens fading amid an onslaught of negative ads against him, but the 52-year-old Wood said he wasn’t worried about possibly facing Republican Attorney General Eric Schmitt or Democrat Trudy Busch Valentine, who have led in recent polling.

“I think he’s very divisive,” Wood said of Schmitt. “And I really don’t know that much about Trudy Busch Valentine, except I know she’s going to support Chuck Schumer for majority leader.”

Wood added he wasn’t assuming Schmitt and Valentine would win their respective primaries.

Wood has also said he would back Senate Minority Leader Mitch McConnell for majority leader, while the three leading Republicans — Greitens, Schmitt and U.S. Rep. Vicky Hartzler — have all distanced themselves from the Kentucky Republican.

McConnell has broken with former President Donald Trump on the Jan. 6 attack on the U.S. Capitol and supported some of President Joe Biden’s priorities, including a bipartisan infrastructure law and gun reforms.

“He’s sending a signal that McConnell is not extreme enough and divisive enough for him,” Wood said of Schmitt. “And so I think that’s the last thing we need is to move even further to the extremes.”

Democrats running include Lucas Kunce, Spencer Toder and Valentine, as well as eight other candidates.

Officials for Missouri Stands United, a political action committee supporting Wood, have said they plan to raise and spend at least $20 million for Wood’s campaign. If Greitens wins the primary, the PAC could raise up to $40 million to back the independent candidate.

The independent said there was no path forward for his bid after controversial ex-Gov. Eric Greitens lost to Attorney General Eric Schmitt on Aug. 2. 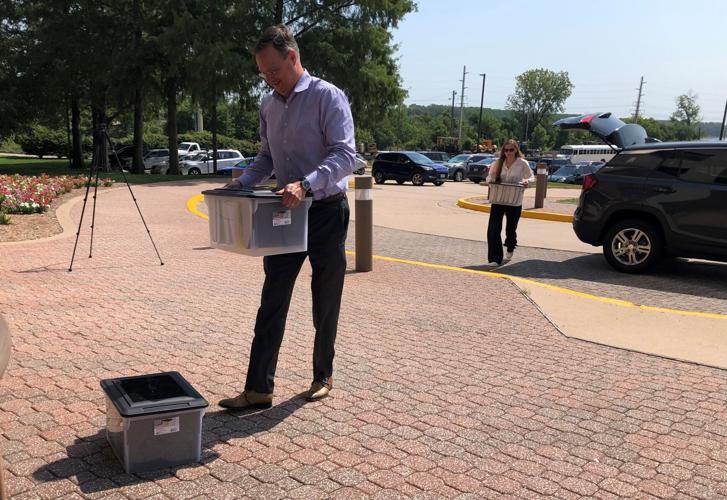 Attorney John Wood, an independent candidate running for U.S. Senate, spent Monday morning at the Missouri Secretary of State’s office formally submitting the paperwork and signatures he needed to make his bid official. 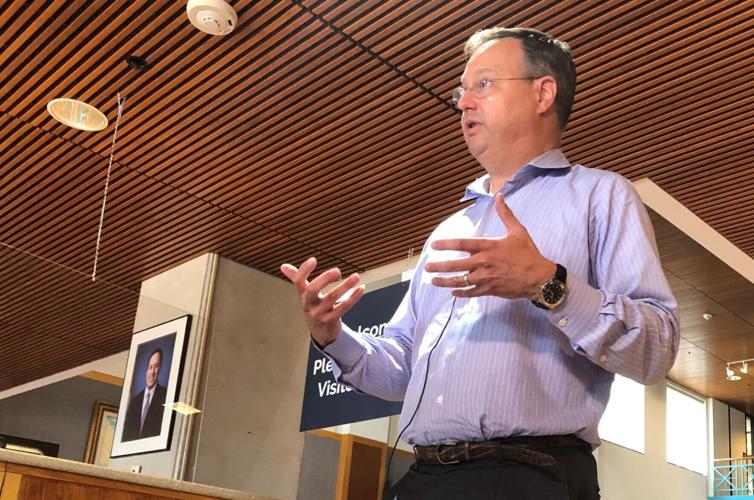 Attorney John Wood, an independent running for U.S. Senate, spent Monday morning at the Secretary of State’s office formally submitting the paperwork and signatures he needed to make his spoiler bid official.