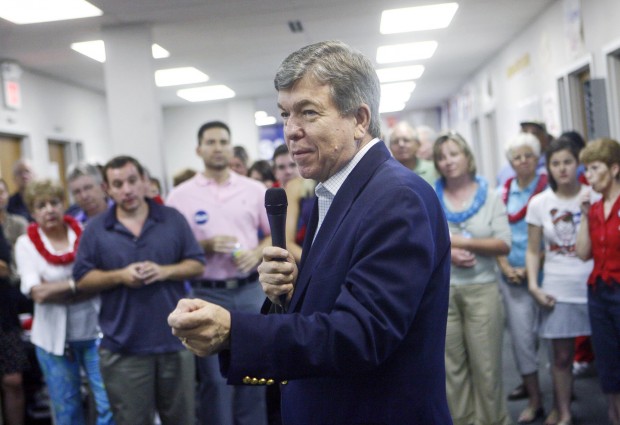 July 30, 2010--Roy Blunt, candidate for US Senator, addresses his volunteers at his campaign headquarters in Sunset Hills. (Sarah Conard | freelance) 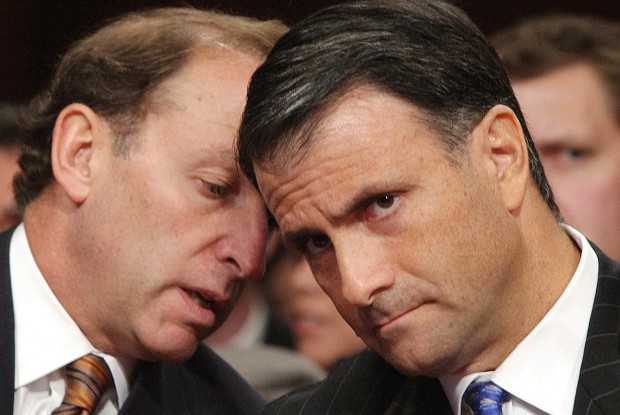 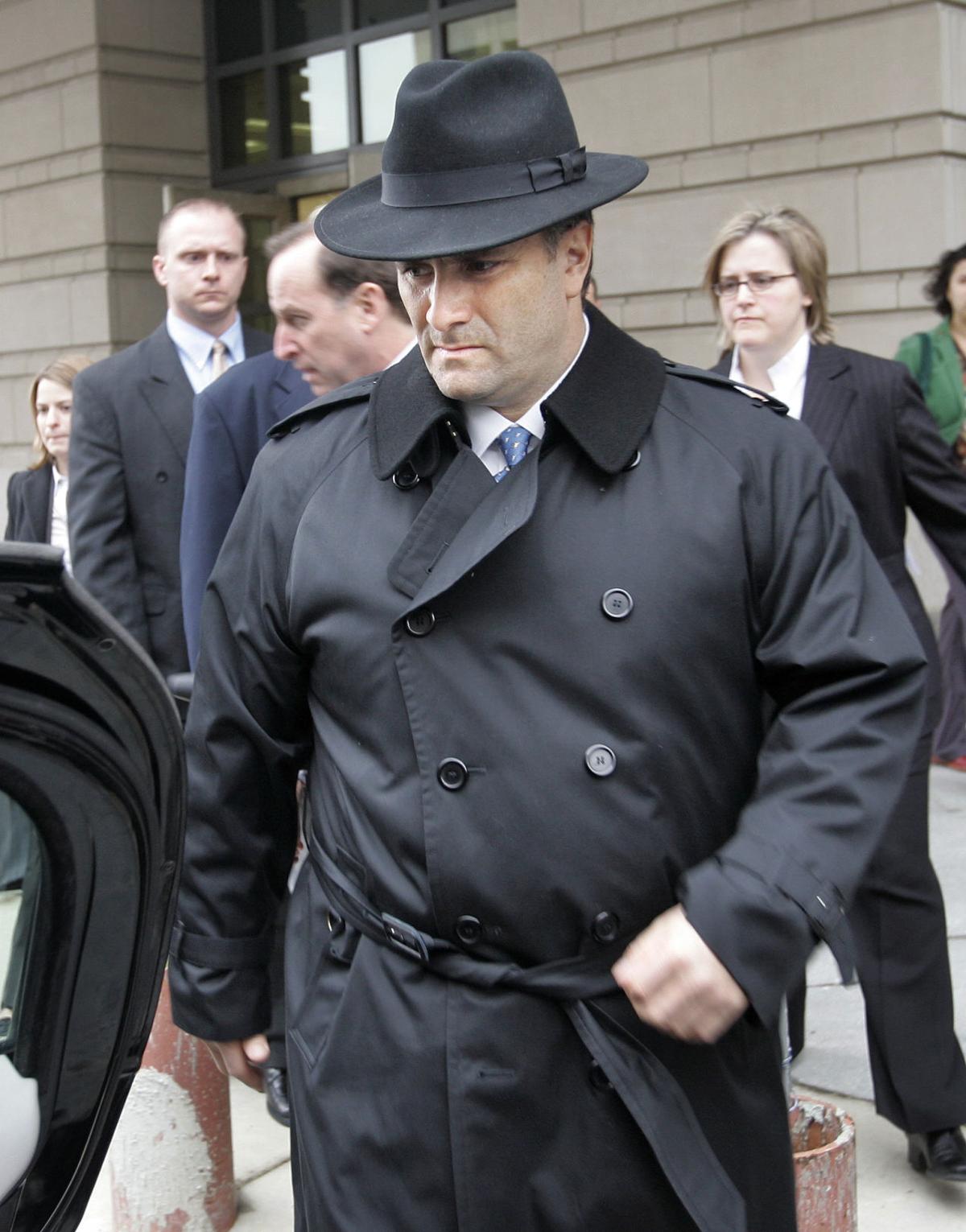 In 2003, U.S. Rep. Roy Blunt sent a letter to the federal Department of Interior that appeared to have little relevance to his constituents in southwest Missouri.

Blunt, then one of the top-ranking Republicans in Congress, urged the interior secretary to reject the efforts of a tiny group of American Indians to open a casino in western Louisiana, nearly 500 miles from Blunt's home district in Springfield, Mo.

In fact, the Jena Band of Choctaw Indians were ensnared in a larger drama — one that is now being used against Blunt by his opponent in Missouri's race for the U.S. Senate.

The Jena Band's casino would have competed with a gambling facility operated by another tribe that was a client of super-lobbyist Jack Abramoff. Blunt was one of several lawmakers who signed letters urging the federal agency to reject the Jena tribe's proposal.

Abramoff was later sent to prison in a political scandal that led to the convictions of a congressman and several former Capitol Hill aides.

Now, Democrats are hoping to use the Abramoff controversy as part of a strategy to paint Blunt as an entrenched Washington insider. Blunt's November opponent, Democrat Robin Carnahan, has hammered Blunt on his ties to Abramoff and questions Blunt's claims that the two had no relationship.

Blunt's meteoric rise through the ranks of Republican leadership coincided with Abramoff's ascension as one of the Beltway's most influential lobbyists. Both can attribute their climb in large part to the same man: former House Majority Leader Tom DeLay, who only recently was told he was no longer the target of a federal investigation.

Despite the Democratic Party strategy, former aides and colleagues say Blunt was not nearly as close to Abramoff as other Republicans who were lavished with trips, meals and illegal gifts by the ex-lobbyist and his associates. Blunt was never charged and was not implicated in the criminal probe.

But his political circle had substantial overlap with Abramoff's, and at least two former Blunt staffers benefited from the gifts that Abramoff and associates used as currency to curry favor on Capitol Hill.

Blunt's current deputy chief of staff, Burson Taylor Snyder, said she "never witnessed, nor am I aware of, any staff level meetings" with Abramoff. That some of Blunt's former aides had links to Abramoff is irrelevant, Snyder said.

"This is grasping at straws," she said. "Over time, more than 100 people have served Missouri on Roy Blunt's staff, and no one has ever been accused of inappropriate involvement of any kind."

However, even if Blunt was mostly a spectator to the Abramoff saga, the association could hurt him in a year where voters seem eager to upend the status quo in Washington.

"Ideally, you want your campaign to be setting the tone for what's going on," said Marvin Overby, a political science professor at the University of Missouri-Columbia. "Every minute they spend talking about Jack Abramoff is a minute they are on the defensive."

Before he came under scrutiny in a federal influence-peddling probe, Abramoff looked to have a bright future. His religious devotion — Abramoff is an observant Jew — and ties to the George W. Bush White House helped Abramoff ingratiate himself to conservative Republicans.

He owned a Washington restaurant where the powerful mingled, and he had loads of campaign cash to pass around from Indian tribes and other clients.

"Everybody wanted to know Jack Abramoff — everybody," former U.S. Rep. Bob Ney, an Ohio Republican who went to prison for his dealings with Abramoff, said in a phone interview. "He was a Republican lobbyist. The religious guy. Powerful, very connected to (presidential adviser) Karl Rove and to Tom DeLay."

It was Abramoff's friendship with DeLay that provided the link to Blunt.

Shortly after Blunt was elected to Congress in 1996, DeLay — then the majority whip whose success at gathering votes earned him the nickname "The Hammer" — identified Blunt as a potential protégé.

DeLay elevated Blunt to the position of chief deputy whip, his top assistant in the vote-gathering office, in only Blunt's second term. At the same time, DeLay was forging a bond with Abramoff, a relationship that provided mutual gain. DeLay traveled the world at Abramoff's invitation, including a golf outing to Scotland that took place shortly before DeLay helped kill gambling legislation that would have hurt Abramoff clients.

After a long probe, DeLay's lawyer said last month that he has been told the Department of Justice is no longer investigating his client's ties to Abramoff.

Still, Abramoff and DeLay were close and shared several common associates. One of the lobbyists who pleaded guilty in the Abramoff scandal was previously a DeLay aide. DeLay's former chief of staff later founded a lobbying firm that hired DeLay's wife and received business from Abramoff.

Eventually, those staff connections trickled down to Blunt.

Blunt's press secretary was former DeLay staffer Jessica Boulanger. She is married to lobbyist Todd Boulanger, a former Abramoff associate who pleaded guilty of plying Capitol Hill staffers with sports tickets and other illegal gifts in exchange for favorable consideration on legislation.

One aide who admitted receiving improper gifts from Boulanger was a former Blunt staffer who, at the time, worked for U.S. Sen. Christopher "Kit" Bond.

E-mail records that were part of a congressional investigation indicate that another former Blunt aide was invited to attend a Bruce Springsteen concert with tickets provided by Abramoff's firm.

"The fact that he was a DeLay lieutenant isn't a distant relation," Holman said. "Roy Blunt was intimately involved in what later came to be seen as the culture of corruption. He wasn't just around at the time."

And yet, former U.S. Rep. Tom Davis, a Virginia Republican who was the ranking member on a House committee that investigated Abramoff, said Blunt kept his distance from Abramoff.

"Roy was nowhere near this stuff, which was kind of surprising because he was Tom's deputy," Davis said in an interview. "You can say a lot of things about Roy being a Washington insider that would be accurate, but Abramoff wasn't one of them."

That does not mean Abramoff did not have his eye on Blunt when he came to Washington in the late 1990s as a new legislator.

Abramoff donated $8,500 to Blunt's leadership committee, called "Rely on Your Beliefs" (acroynm: ROY B), money that was donated to charity after Abramoff came under investigation.

In 1999, Abramoff — before his legal troubles began — offered his thoughts on Blunt for a Post-Dispatch profile of the sophomore legislator. Abramoff told a reporter that Blunt was destined to be in "the mix of things."

"I've talked to a number of people around town who are very interested in trying to help Blunt," Abramoff said. "I think they see this is a guy who's going places."

Former Blunt aides say that while Abramoff was well-known across Capitol Hill, he and the congressman were not close.

"Almost every member of Congress, Republican and Democrat, knew, and most had meetings with, Jack Abramoff," said Jared Craighead, a former Blunt assistant in the whip's office who went on to become executive director of the Missouri Republican Party.

Blunt denied any connection to Abramoff.

"There is no relationship," Blunt said before cutting off questioning on the subject.

Carnahan has made Abramoff part of her stump speech, expressing doubt about Blunt's assertion that he was not close to Abramoff.

"He said he never met with Jack Abramoff," Carnahan said at a campaign stop in St. Louis recently. "I find it an astounding thing that he gets by with those kind of statements."

Carnahan's campaign cites a 2005 New York Times story that reported Blunt was on the "friend of owner" list at Abramoff's restaurant, Signatures, entitling him to free meals at the upscale eatery where the lobbyist conducted business and entertained Washington's elite.

A Blunt representative told the Times the congressman never received any free meals; doing so could have been a violation of congressional ethics rules.

Ney, the former Ohio congressman, said Blunt did not frequent Signatures. Ney is in a position to know: His plea agreement included admissions that he received thousands of dollars in free drinks and meals from the restaurant.

"There might have been 50 people on the 'friends list,'" Ney said, adding that not all of them necessarily took advantage of it. "As a guy that's the most well-known who went to Signatures and admits it, I can tell you a lot of people were there, but I never saw Roy Blunt."

Democrats will seek to keep the era fresh in voters' minds, though whether the Abramoff scandal is still relevant to voters as the country grapples with war and a sagging economy remains to be seen.

"Americans sort of traditionally have short attention spans," Overby said. "So we'll see whether the name Jack Abramoff still rings with the same sort of negative resonance it had two years ago."

Abramoff was accused of bilking American Indian tribes out of millions of dollars in a plot he and an associate dubbed "Gimme Five."

Key to their plan was proving their usefulness to the tribes, an effort that required Abramoff to flex his connections on Capitol Hill. That included working to kill a plan by the Jena Indians to open a casino that could have competed with a facility run by the Louisiana Coushatta, a tribe Abramoff represented.

The 2003 letter Blunt wrote to Interior Secretary Gale Norton raised concerns that the Jena Indians were "reservation shopping" in an attempt to find land to build a casino on.

Blunt was not alone — U.S. Sen. Harry Reid, D-Nev., now the Senate Majority leader, was among the lawmakers who wrote to the Interior Department with similar concerns.

"Roy Blunt signed the letter to Secretary Norton and stands by its content and stated goal," Snyder said. "Given a similar situation, Roy Blunt would write and sign a letter to prevent the expansion of Indian gaming again today."

In Missouri's race for the U.S. Senate, the candidates' records include events they would rather not talk about — but their opposition does.

Candidates more similar than it appears

If elections were held over coffee and steakburgers, the political world would be a friendlier place.

July 30, 2010--Roy Blunt, candidate for US Senator, addresses his volunteers at his campaign headquarters in Sunset Hills. (Sarah Conard | freelance)