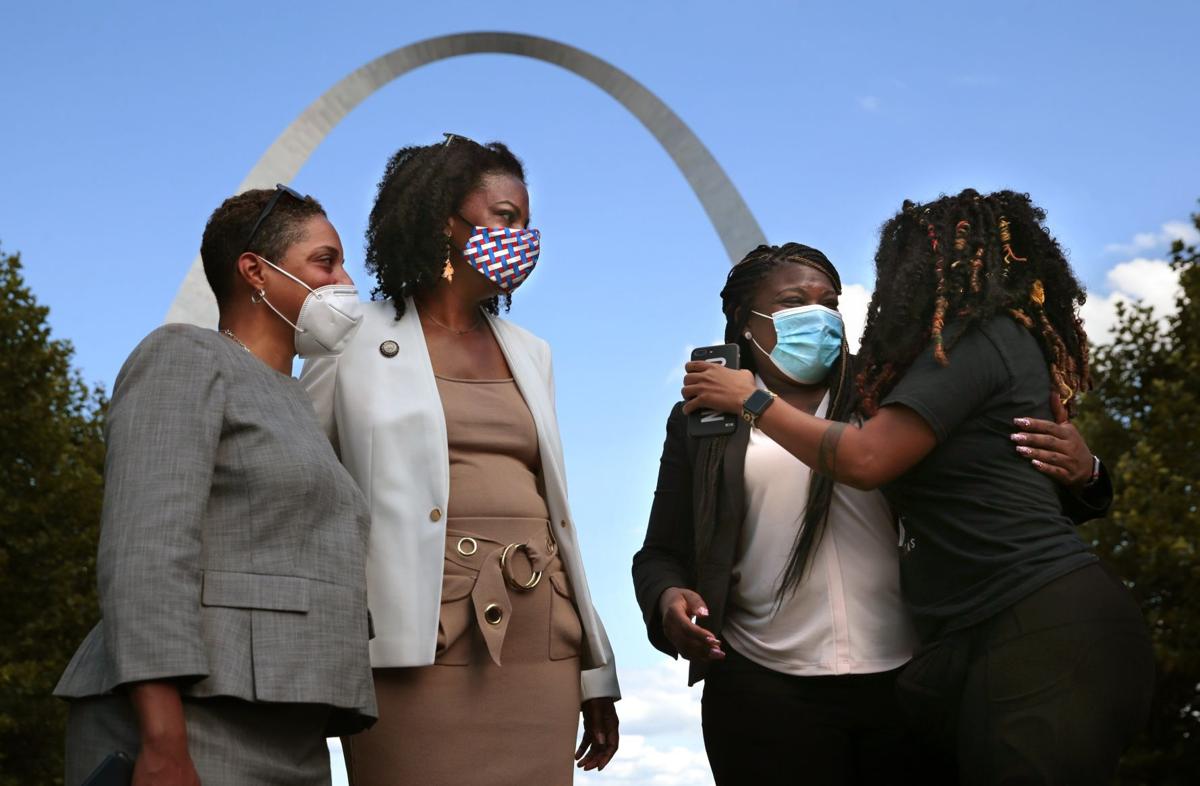 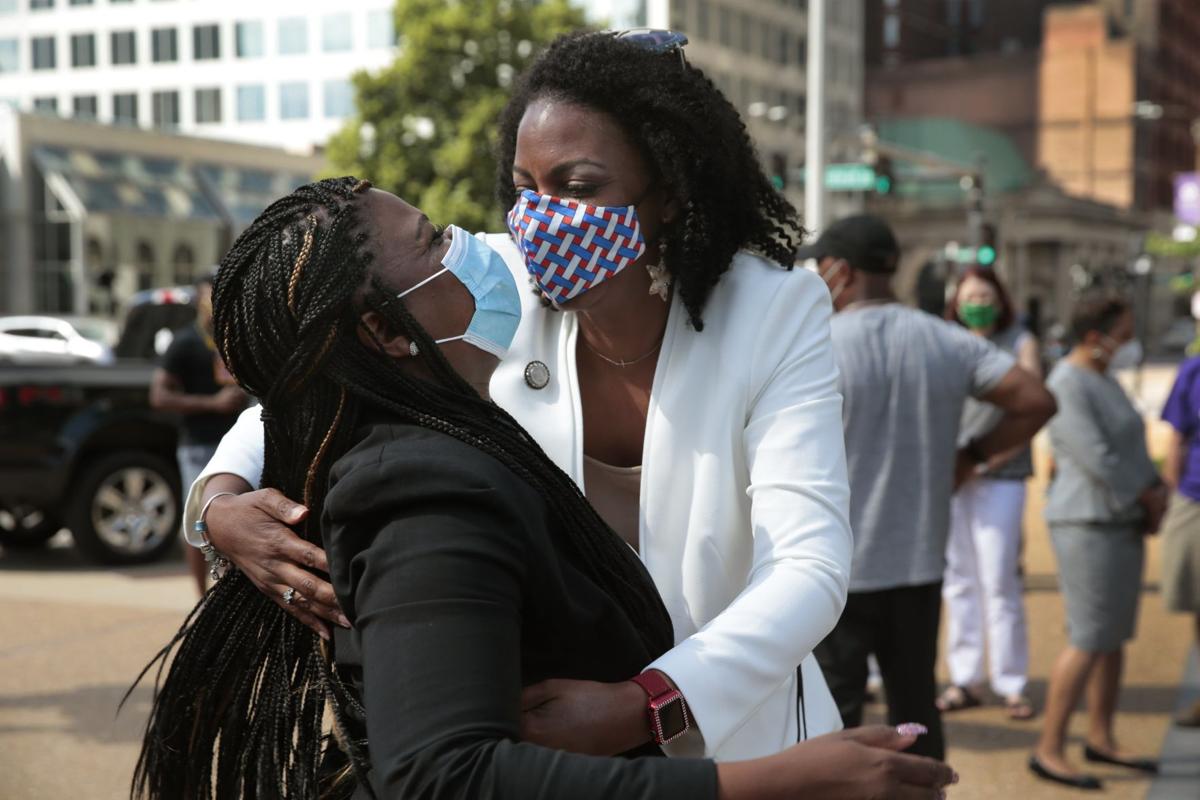 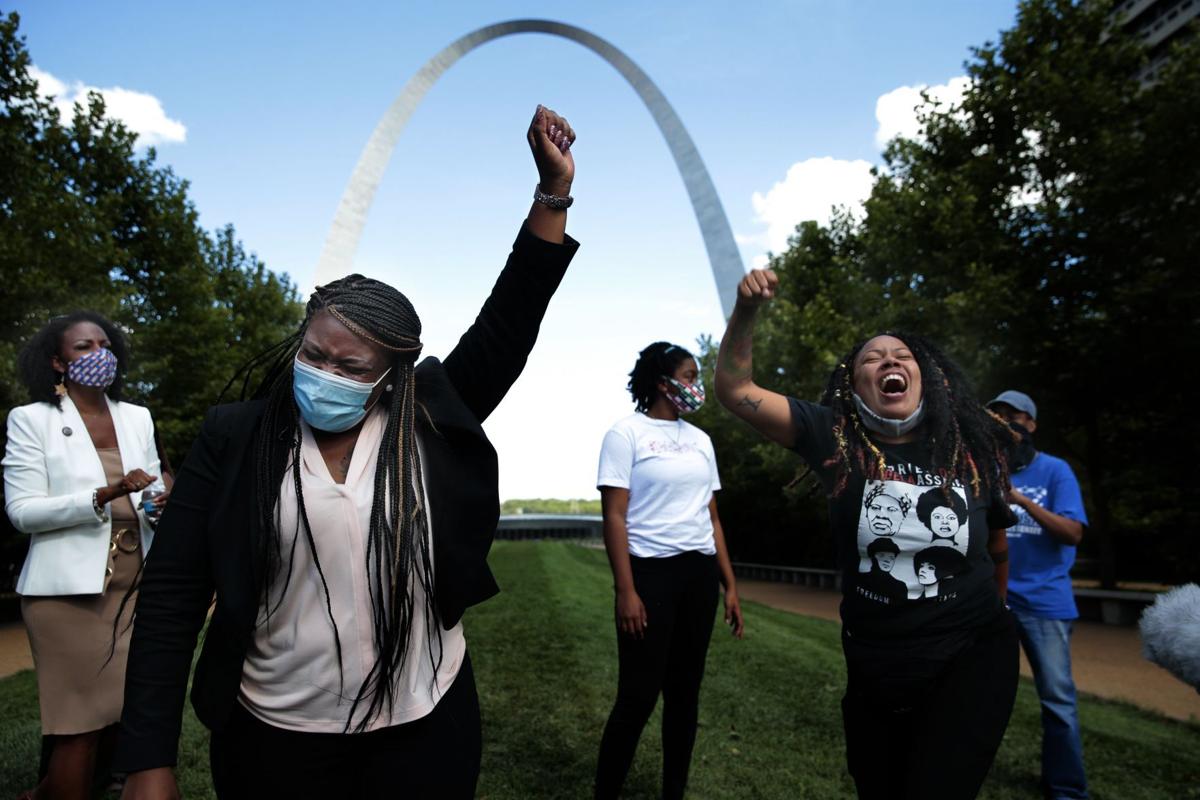 The victories in Tuesday’s Democratic primary by Jones, U.S. House candidate Cori Bush and Circuit Attorney Kimberly M. Gardner are part of a recent national trend of success at the polls for African American women — a demographic historically underrepresented in elective offices across America.

“Voters are looking for a new generation of leadership,” said Glynda C. Carr, president and CEO of Higher Heights for America, an organization that promotes Black women for elective positions across the country and tracks their progress.

“They bring their qualifications but also their unique lived experiences.”

In 2018, five Black women were elected to Congress for the first time, four of them in white-majority districts, according to a Higher Heights survey.

The Associated Press reported that Congress now has more Black women than ever — 22 House members and one senator, Kamala Harris of California.

Higher Heights says Black women now make up 4.3% of all state legislators, up from 2.3% in 1999. They also are mayors of seven of the 100 most populous American cities, an increase from one in 2014.

Meanwhile, six African Americans are among the women being considered by presumptive Democratic presidential nominee Joe Biden for his vice presidential running mate.

But Black women still lag in various political categories, according to Higher Heights’ website. While they make up about 7.5% of the electorate, they hold less than 2% of statewide elected executive offices and none in Missouri.

“Two weeks ago, I called Cori and said can you imagine what would happen if all three of us won?” Jones said at a celebratory news conference with Bush and Gardner on Wednesday afternoon near the Gateway Arch.

“I said, ‘Girl, the ground would shake. There would be a seismic shift.’”

Jones added that “all three of us are single moms, so we lead from a different place. We lead from wondering how others who are in our same situation are going to pay their bills, keep a roof over their head.”

Bush, Jones and Gardner, because they are running in heavily Democratic areas, are all likely winners in the Nov. 3 general election.

Canady, who defeated Gregory Upchurch of St. Charles in the lieutenant governor’s primary, will have a tougher November assignment. She will try to unseat well-funded GOP incumbent Mike Kehoe in a state that has mainly elected Republicans to statewide office in recent years.

Peverill Squire, a political science professor at the University of Missouri-Columbia, said the success this week of Black women was no fluke.

“It demonstrates that Black women are (a) force in Democratic Party politics and that Missouri Democrats are comfortable with that fact,” he said in an email.

Ken Warren, a political science professor at St. Louis University, said Black women are “a base that cannot be ignored” in Democratic primaries. But he said the chances of Black women candidates are much greater in certain districts like the one in which Clay and Bush ran.

One thing that made Clay’s defeat so surprising was that congressional incumbents in either party rarely lose, Warren said.

Meanwhile, he said, incumbency helped Gardner and Jones roll up their wins. He added that Gardner’s identification with Black Lives Matter also played a major role in her victory.

Gardner won 19 of the city’s 28 wards and snagged more than 85% of the vote in nine of them, according to final unofficial results from the city Election Board.

She picked up two-thirds of the vote in the city wards that make up the city’s more diverse central corridor, including pockets of the Central West End, Midtown, Shaw, Southwest Garden and the Tower Grove East and South neighborhoods.

Not surprisingly, Carl, a St. Louis Hills resident, drew most of her votes from the city’s whiter southwest neighborhoods including her own, Clifton Heights, Lindenwood Park, North and South Hampton.

Carl’s 82% total in the 16th Ward was her highest percentage. Gardner’s biggest percentage was 95% in the North Side’s 21st Ward.

Jones did even better, carrying 24 of 28 wards, including the 22nd Ward that her opponent, Boyd, represents on the Board of Aldermen. Boyd carried four South Side wards.

In the congressional primary, Bush won by beating Clay, 52%-42% in the St. Louis part of the 1st District and trailing him by a smaller 49%-46% edge in the St. Louis County portion. Lagging far behind was a third candidate, Katherine Bruckner.

Rachel Rice of the Post-Dispatch and The Associated Press contributed to this report.