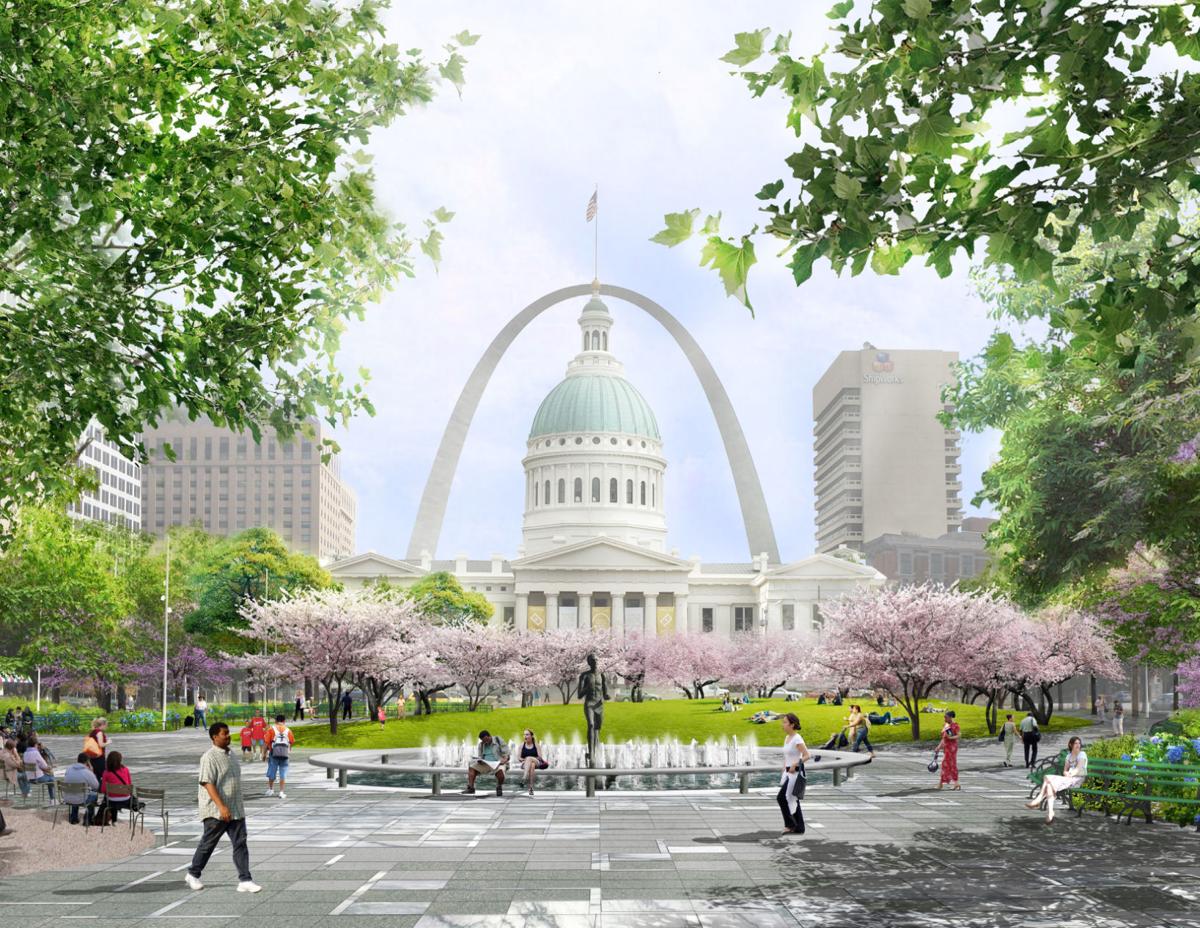 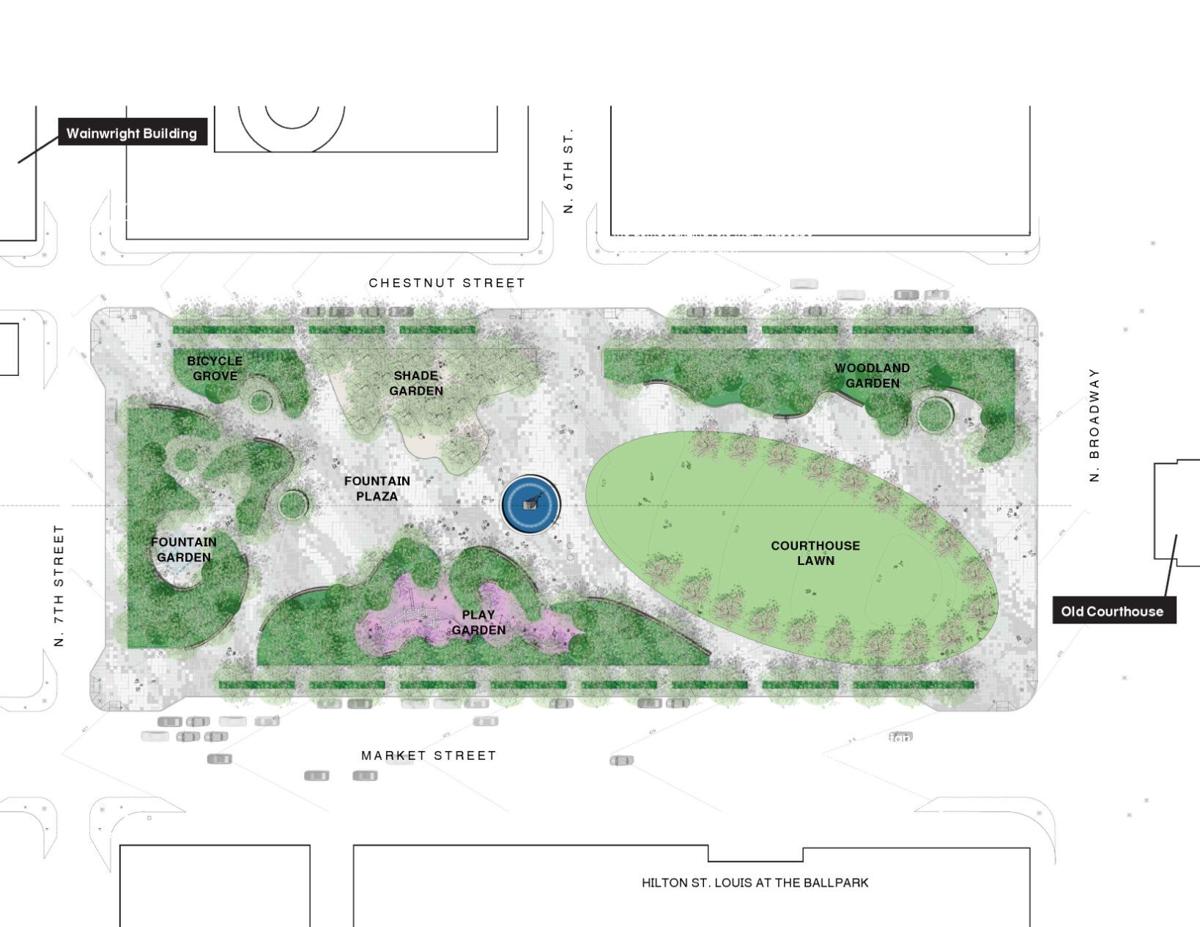 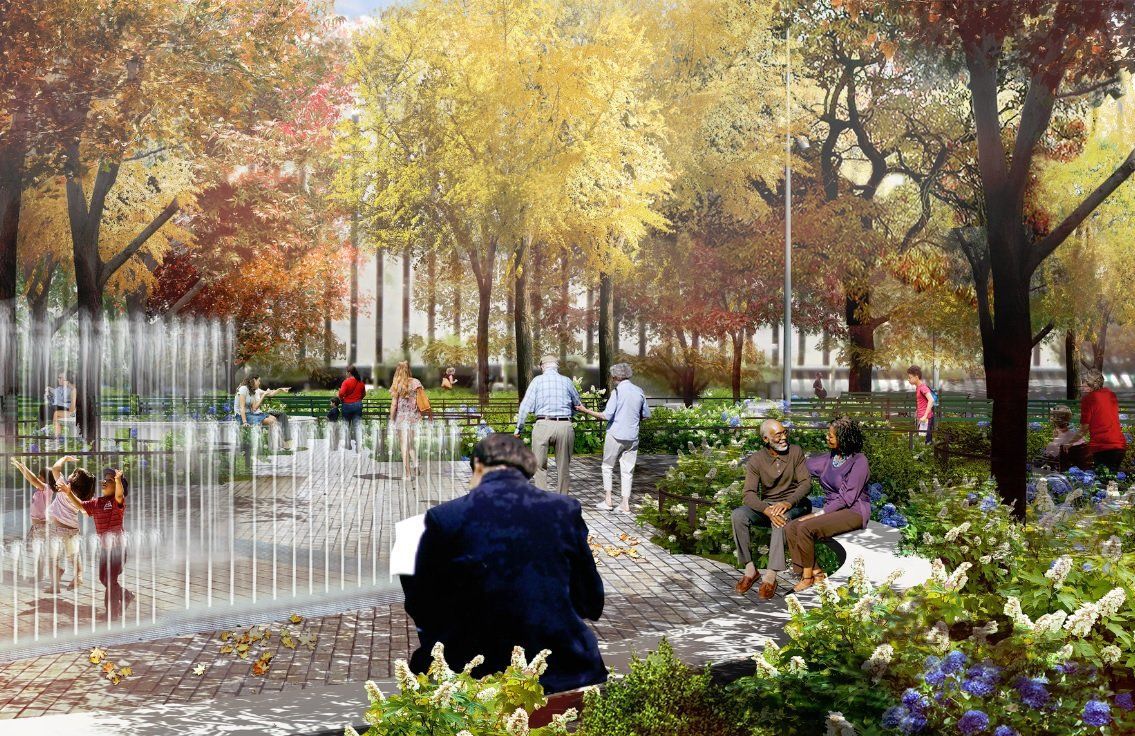 A rendering of Kiener Plaza shows a new a fountain in addition to other proposed changes that include bigger pathways, new groves of trees and garden areas. Image courtesy of CityArchRiver 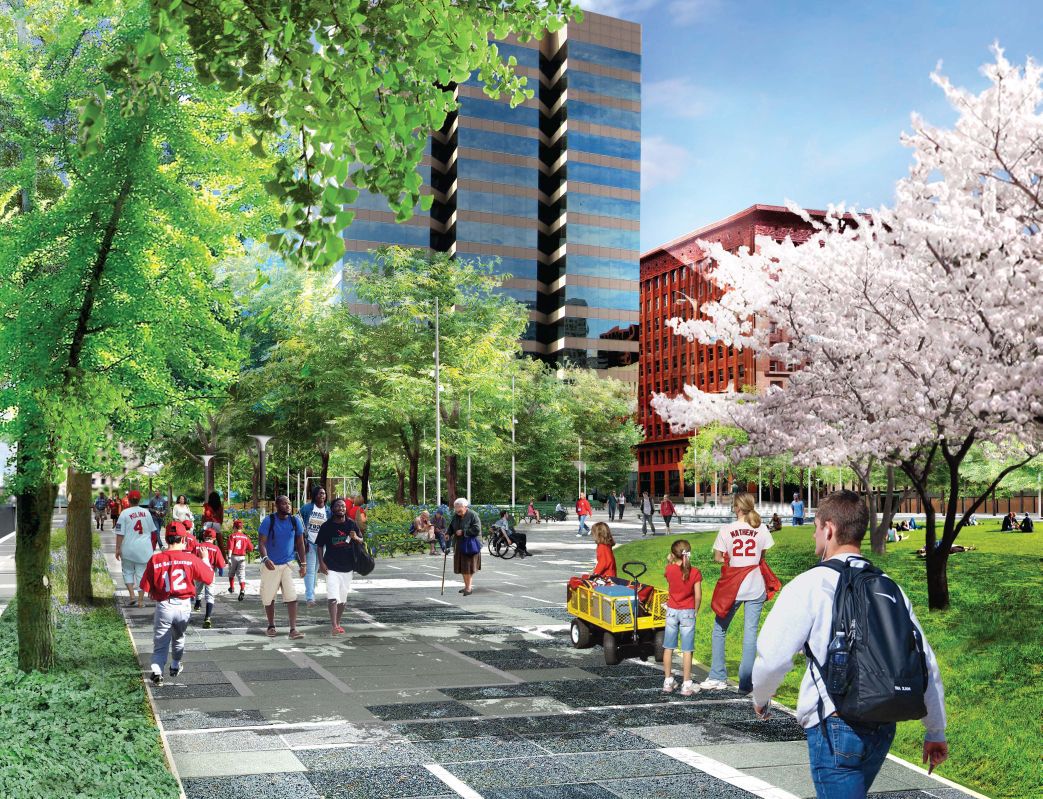 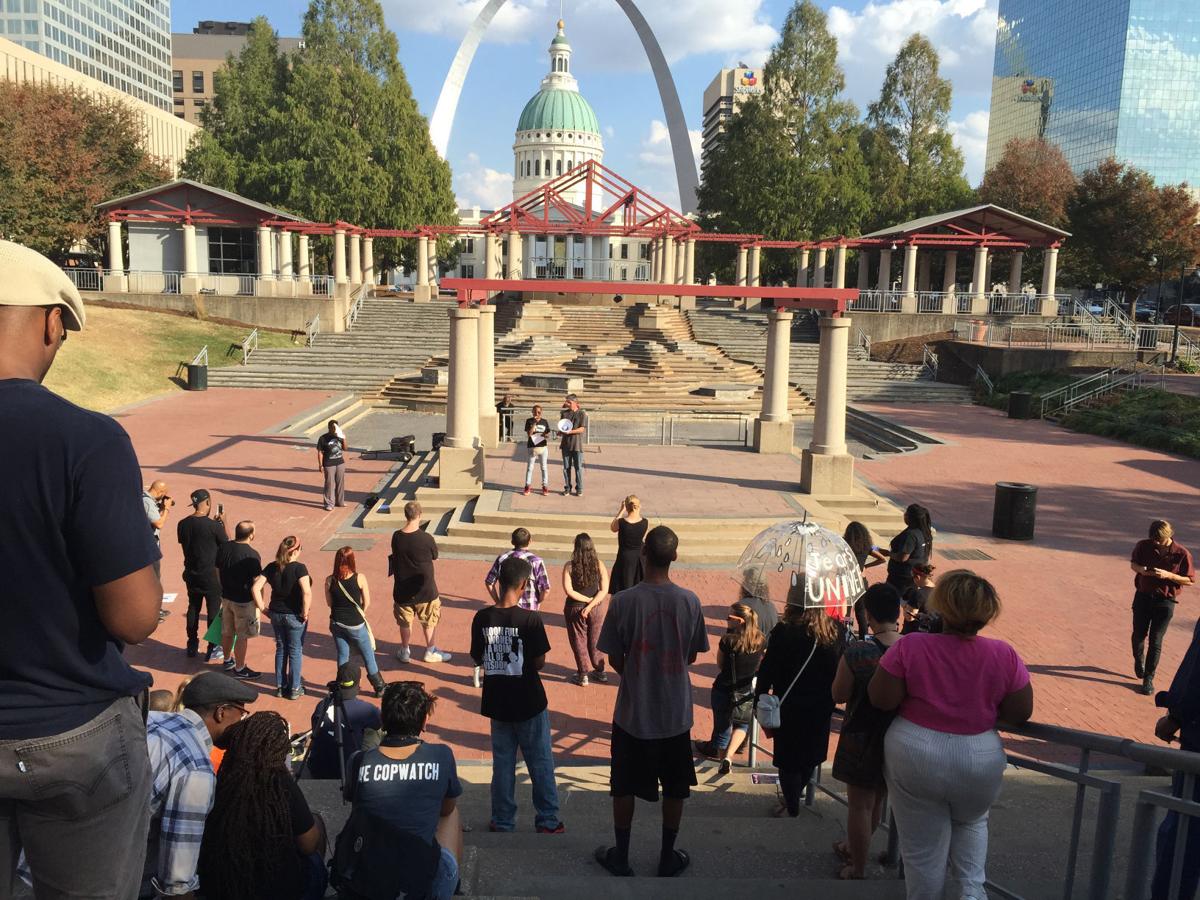 CityArchRiver, the nonprofit group coordinating and raising money for the $380 million Gateway Arch grounds renovation, has redesigned Kiener “to better connect to downtown’s urban fabric, be flexible for events year-round, and offer new urban park amenities,” according to a statement released Monday.

Work is scheduled to finish in spring 2017.

The regional trails district Great Rivers Greenway is paying $8.2 million for the project, through the Proposition P sales tax approved by voters in April 2013. CityArchRiver has raised $11 million in donations for Kiener.

Workers will erect construction fencing in the metered parking around the plaza. The project will require some “minimal” traffic lane closures on Market Street, CityArchRiver said in the statement. Parking will again be available around the park when the project is complete.

The new Kiener gets a large central lawn, a new fountain for the old “Runner” statue, interactive fountains, a woodland garden, bicycle parking, cafe seating and wider sidewalks. The biggest change, however, may be in altitude: Workers will fill and raise the sunken amphitheater on the park’s west end.

After plaza completion, CityArchRiver, Great Rivers and the city of St. Louis will work together on maintenance and programming “to activate the space year-round,” the statement said.

The work on Kiener Plaza was recently projected to cost $26 million. Bids came in for less, said CityArchRiver spokesman Ryan McClure. Also, a visitors center that was going to be constructed will instead be built in a building adjacent to the plaza.

CityArchRiver will again document live progress on its webcam.

Group will use $221 million for construction and $29 million for a maintenance and operations endowment.

CityArchRiver project contractors were taking down the fencing around Luther Ely Smith Square, just west of the Arch grounds, just after noon on Monday.

A rendering of Kiener Plaza shows a new a fountain in addition to other proposed changes that include bigger pathways, new groves of trees and garden areas. Image courtesy of CityArchRiver