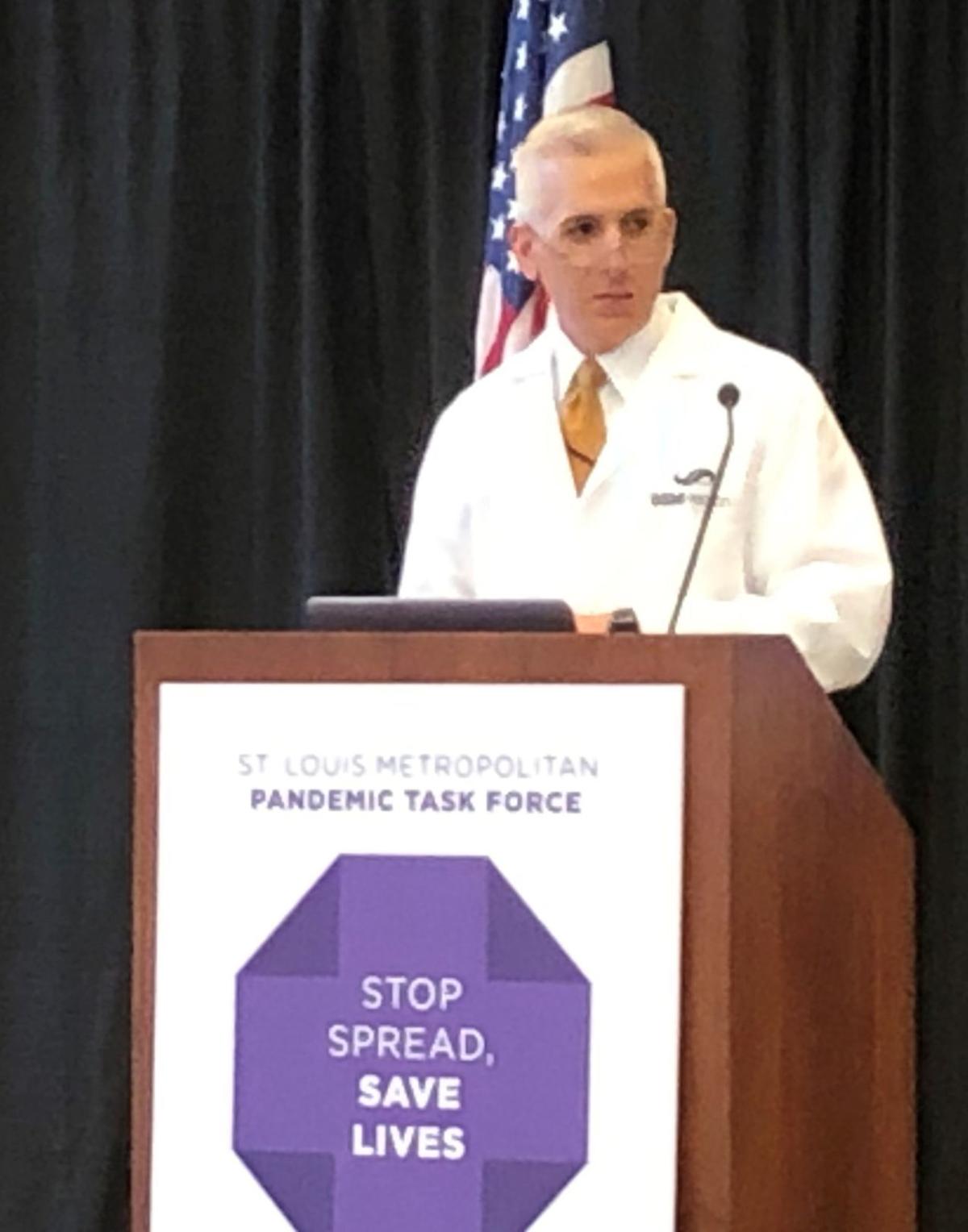 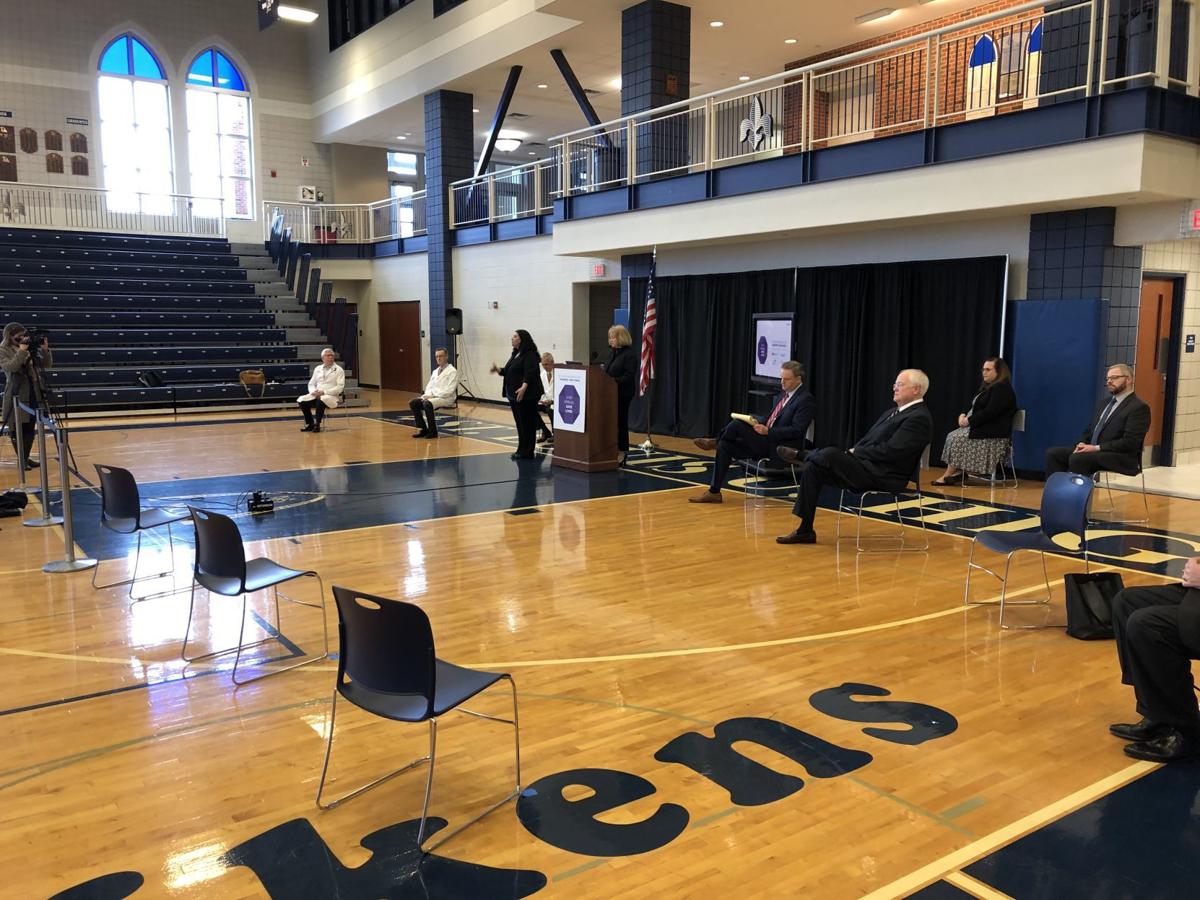 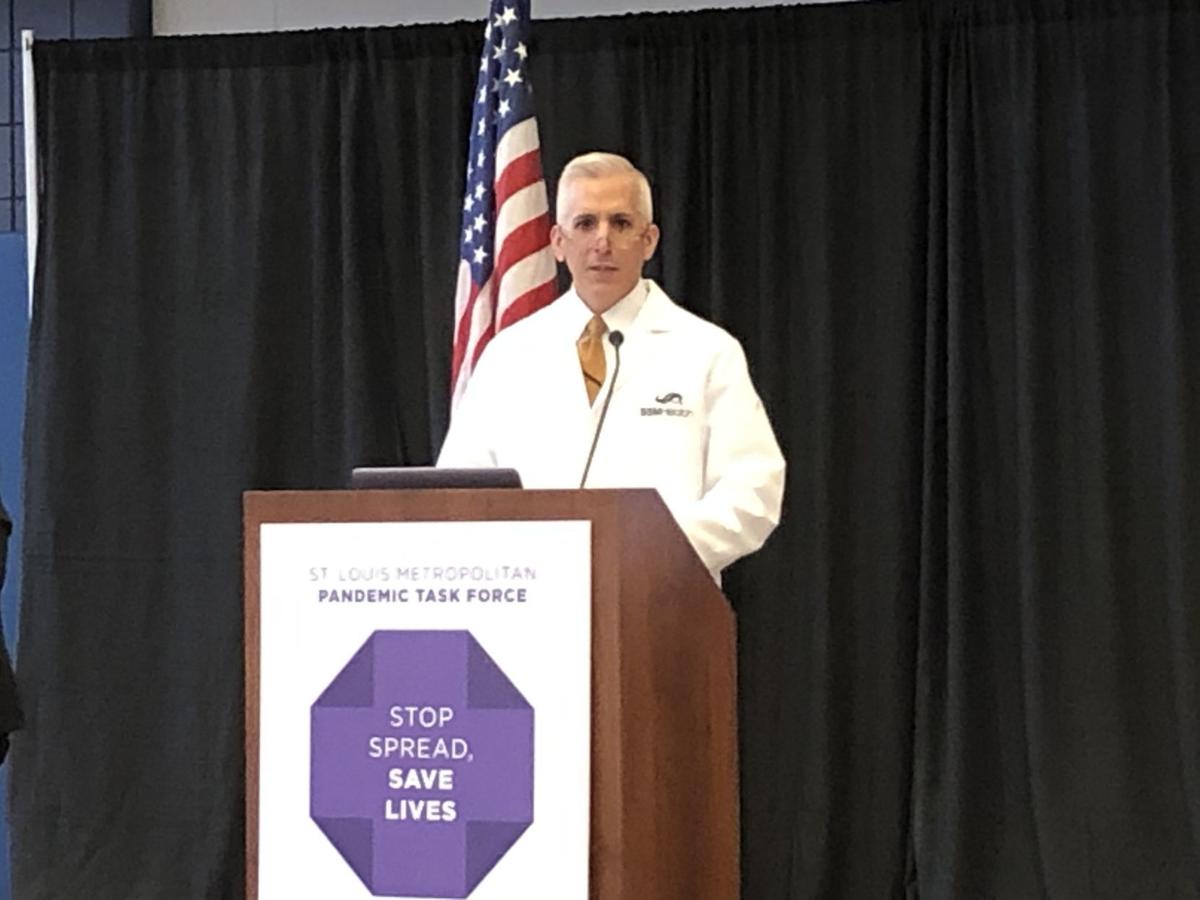 ST. LOUIS — The St. Louis-area health system likely will be strained but not overwhelmed by the coming surge of the new coronavirus before cases peak in the next two to three weeks, the head of a new regional response force predicted Saturday.

Dr. Alex Garza, incident commander of the St. Louis Metropolitan Pandemic Task Force, cautioned that the prediction was based on models that are changing daily, and would work only if residents continued to follow the social distancing orders and hygiene recommendations that were implemented in the area weeks ago.

“The next two weeks are going to be absolutely critical,” St. Louis Mayor Lyda Krewson said at a news conference announcing the creation of the task force, adding that the health care system could still be overwhelmed if people relax their vigilance.

In St. Louis Saturday, the number of COVID-19 cases jumped to 328 and officials reported a sixth death, a woman in her 80s.

Garza said the goal of the task force, health care workers and officials is to “save as many lives as we can” and get to the “end state,” where shelter-in-place restrictions can be relaxed and the economy can rebound.

Garza said health care workers were already stressed and officials were doing “everything in our power” to ensure that there are enough supplies to handle the surge.

He later said in an email to the Post-Dispatch that models show that more than 80,000 people in the metro area could become infected by the end of April, which could result in at least 1,300 patients in hospitals, with as many as 3,000 or more hospitalized if people relax their sanitary and social distancing practices. That higher number could overwhelm the health care system, he said.

Missouri Gov. Mike Parson on Friday issued a statewide stay-at-home order that takes effect Monday. Critics said it should have been issued weeks ago.

The task force, formed by BJC HealthCare, Mercy, SSM Health and St. Luke’s Hospital, will coordinate capacity, staffing, supplies and other issues with each other and area health departments. Garza said that hospitals were not yet pooling resources such as protective gear and ventilators, but are discussing how that would work, if necessary.

At the news conference Saturday, St. Charles County Executive Steve Ehlmann said the task force was formalizing a relationship between elected officials and health care leaders that started a month ago. Ehlmann said St. Charles, Franklin and Jefferson counties were seeing the same growth curve in coronavirus cases that St. Louis and St. Louis County showed roughly six days earlier. He said that other areas of Missouri were likely about the same number of days behind his county.

Meanwhile, in separate news conferences Saturday, Illinois Gov. J.B. Pritzker announced that 1,453 new cases of COVID-19 have brought the total number in the state to 10,357, while Parson said there are now at least 2,291 cases in Missouri.

Pritzker said 243 people have died of the disease and its complications in Illinois. Parson announced that 24 people have died in Missouri, although the director of the Missouri Department of Health and Senior Services, Randall W. Williams, acknowledged that a delay in reporting has kept that number below an unofficial count of 33 listed by Johns Hopkins University.

To boost efforts to fight the disease, Parson announced the creation of the Missouri Disaster Medical Assistance Team, to be made up of retired medical workers, medical students, graduates and people with recently expired professional registrations.

“This is a specialized strike team that responds to critical health emergencies and deploys when necessary to provide patients with on-site medical care,” Parson said.

Daniel Neman of the Post-Dispatch contributed to this report.

• Cases in Missouri by date

• Cases in the United States

Hospitals in St. Louis area are facing the 'steep part' of the curve

The number of patients in intensive care increased 37% to 224, and the number on ventilators increased 24% to 172, said Dr. Alex Garza, incident commander of the St. Louis Metropolitan Pandemic Task Force.

The state is focusing on opening temporary hospitals in smaller venues rather than large arenas.