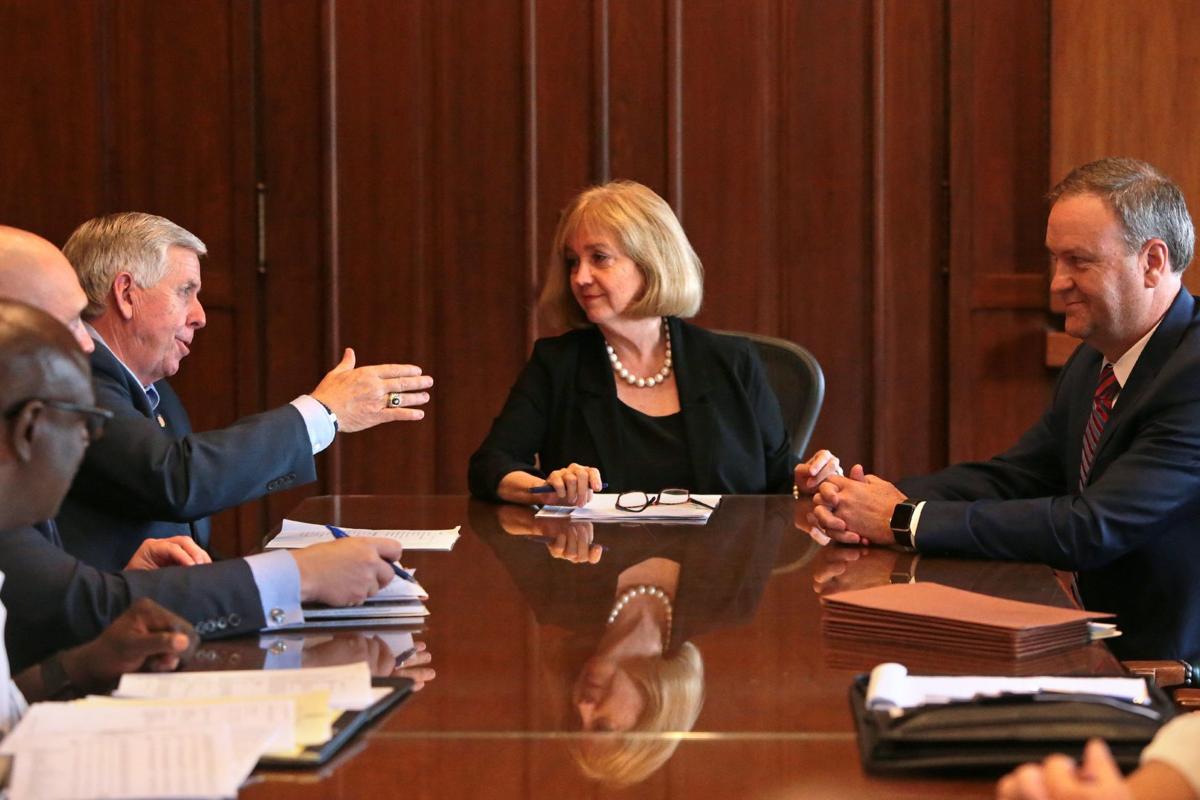 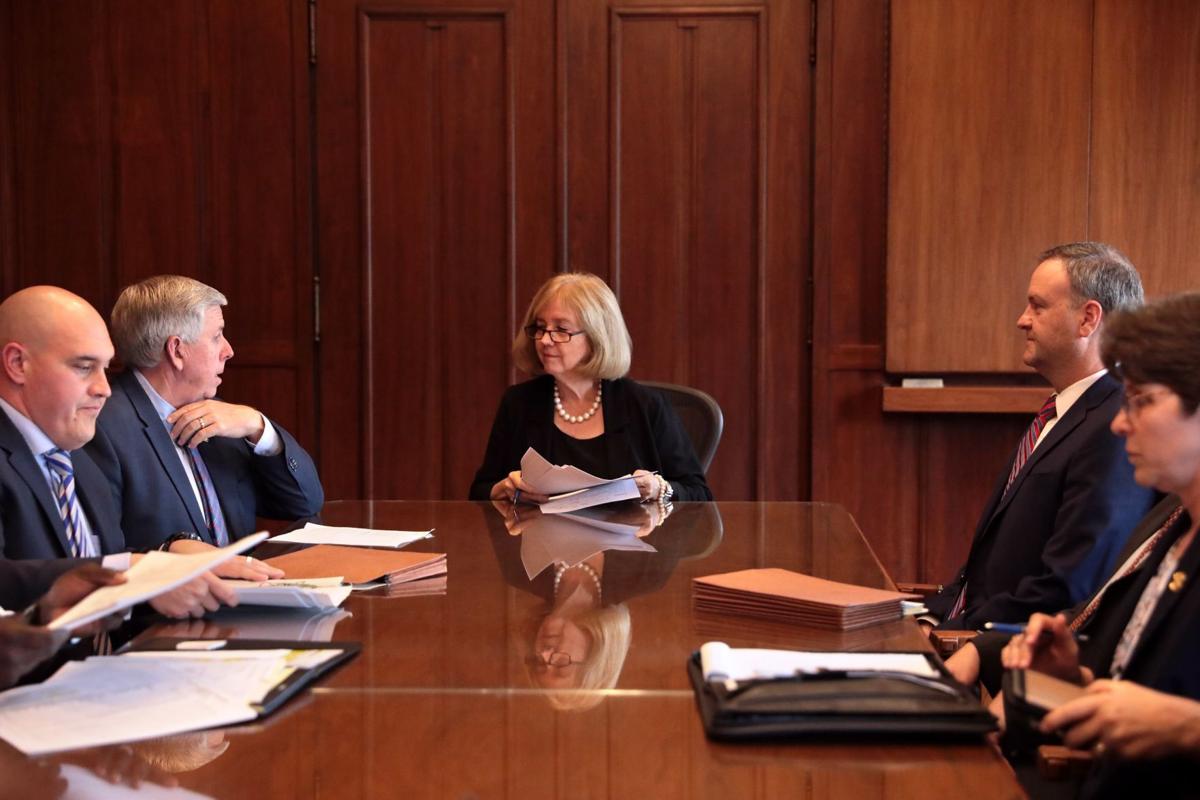 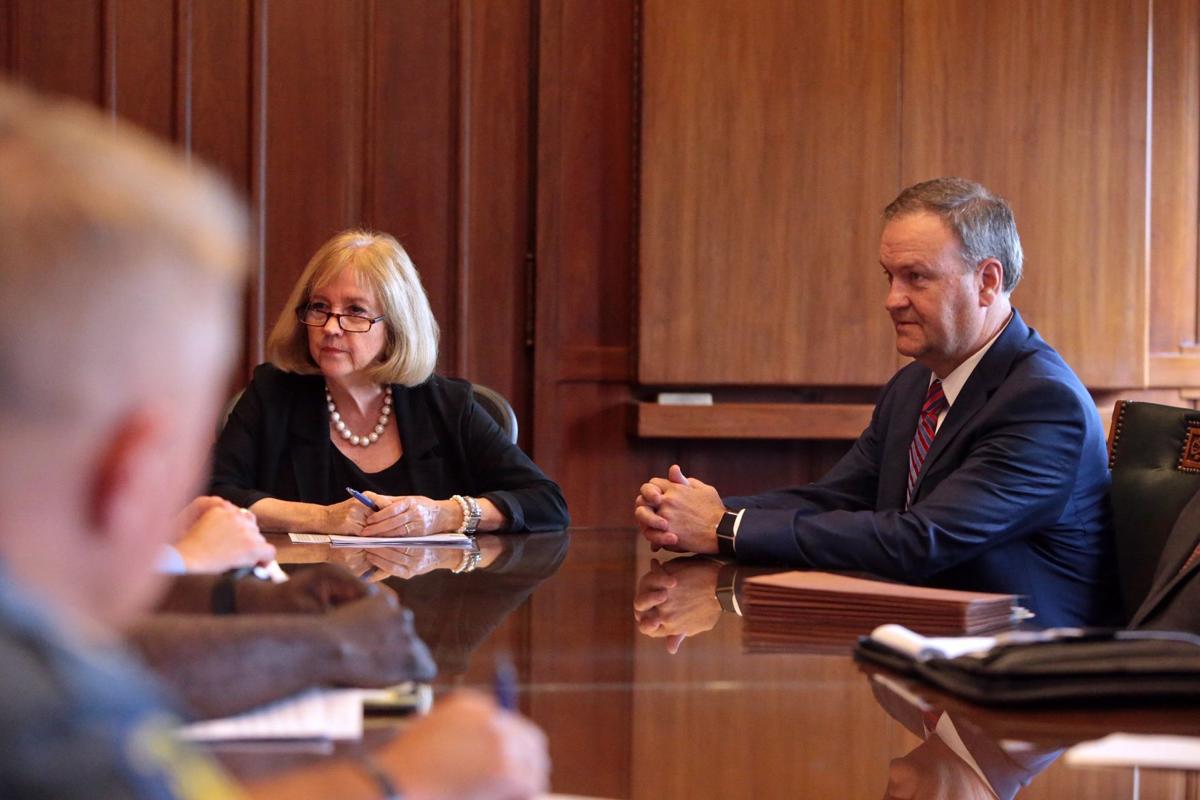 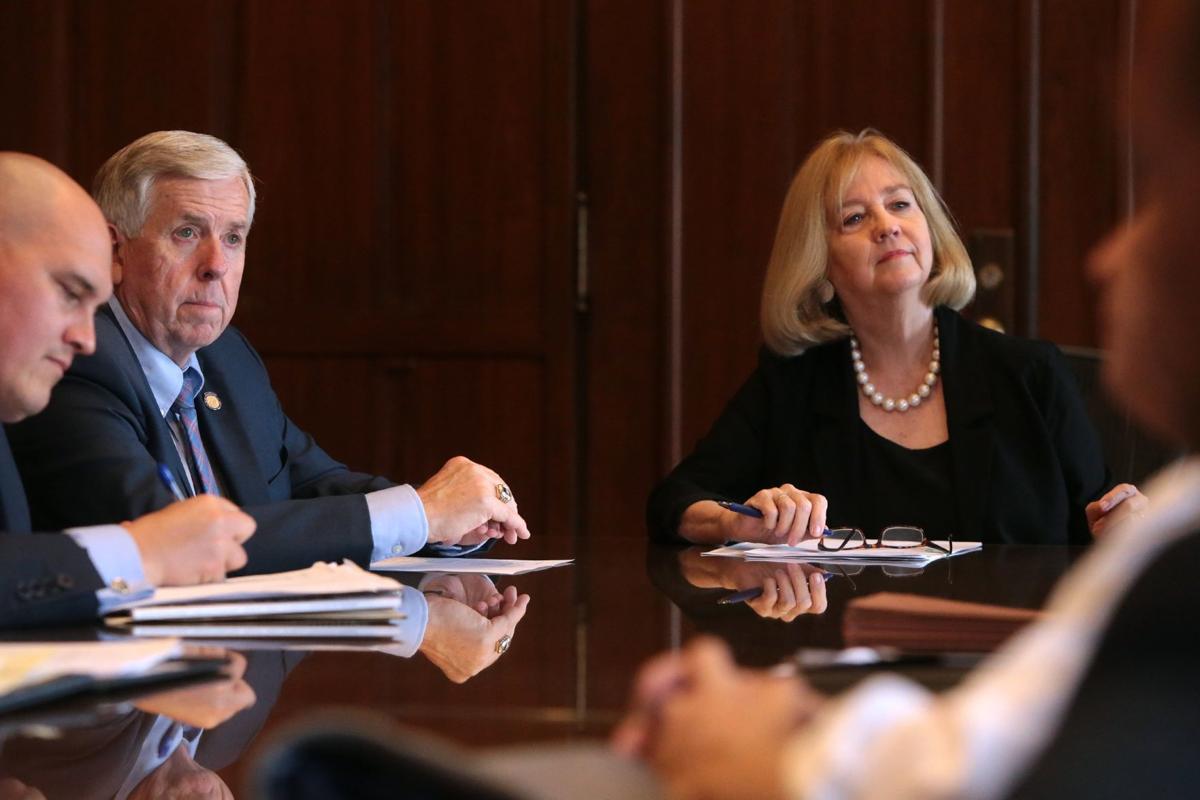 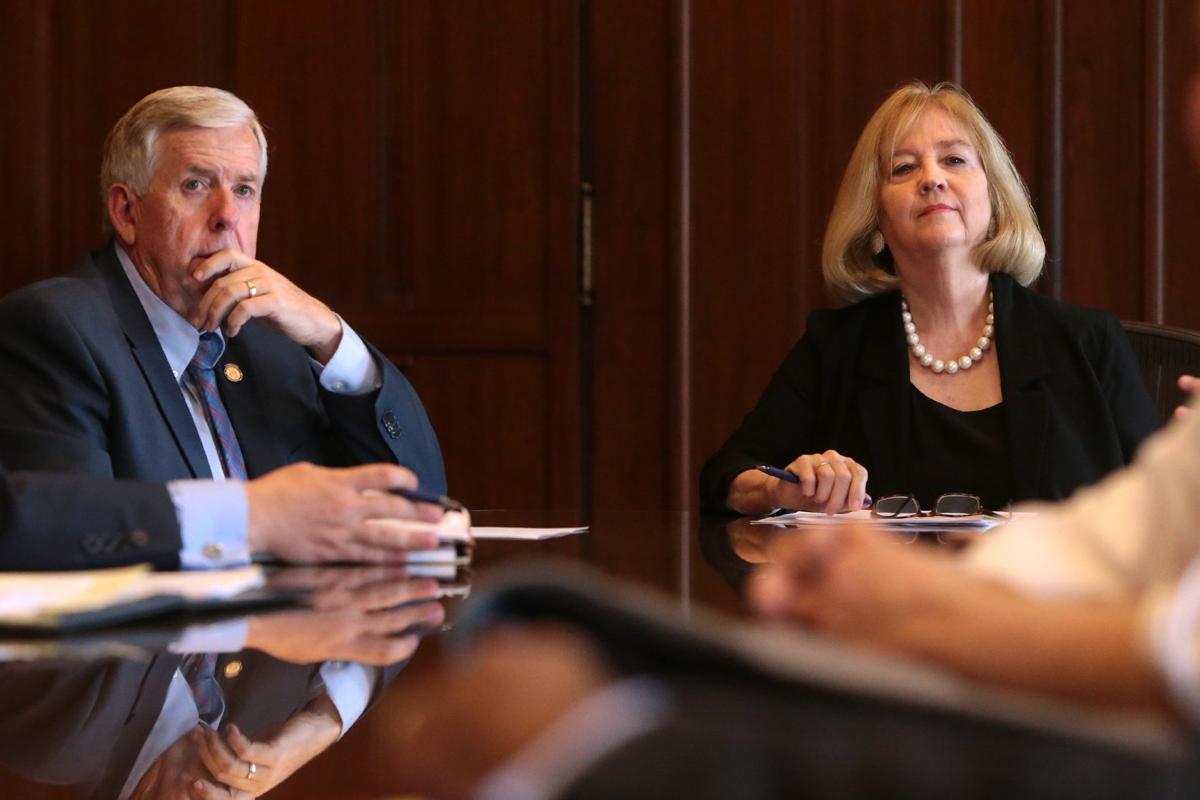 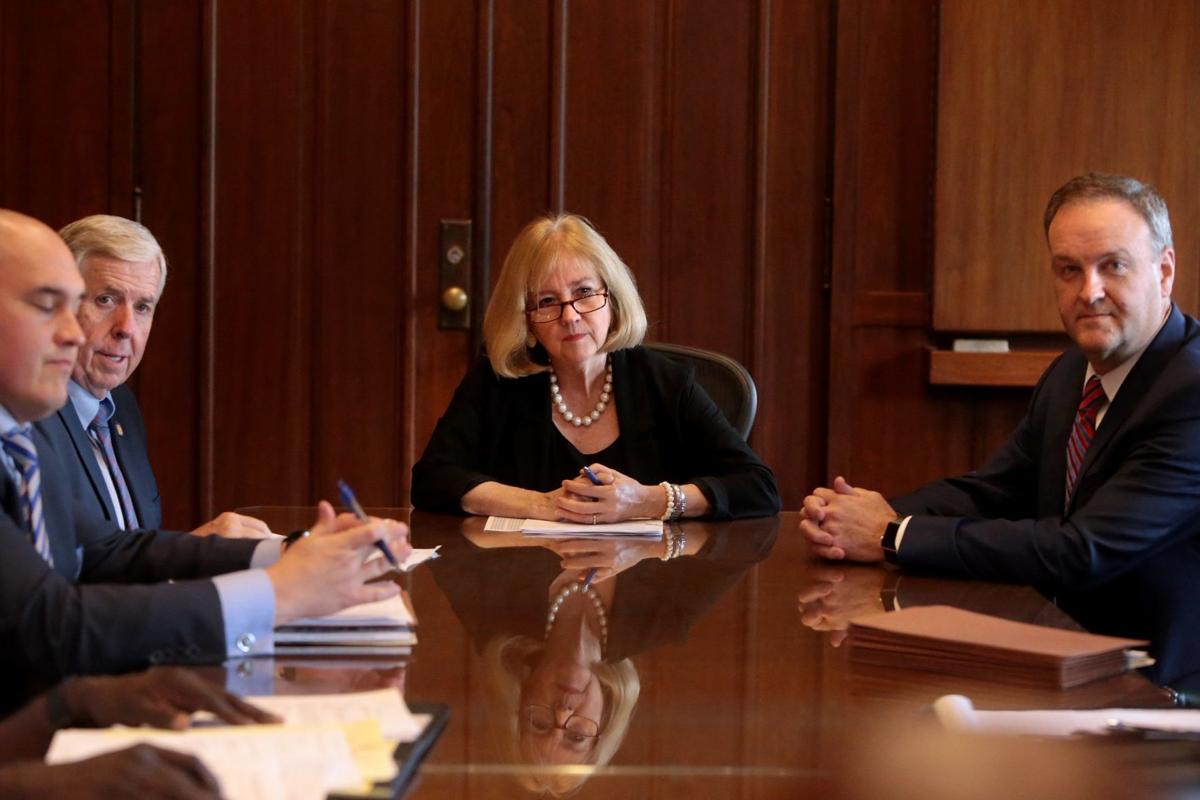 But they held off disclosing specifics of initiatives under consideration.

“The bottom line is how to protect those children out there from getting killed in the streets every day,” Parson said at a news conference in Krewson’s City Hall office, where the meeting was held.

“If we will all work together and really commit to what we said today, in 10 days from now, we’re going to walk out in front of you and say exactly what that plan is and how we’re going to execute it.”

Page said “about a dozen different ideas” were brought up. “It’ll take a week to 10 days to vet the details,” he said. “It’s very important to make sure we understand the details of them before we begin to support them publicly.”

It was Krewson and Parson’s second meeting on crime in the past week, following a session Thursday with about two dozen religious leaders.

Page has recently been vocal about the county taking a more active role in policing, particularly on mass transit. In a recent tweet, he wrote that “our future is being killed one child at a time” and that crime in St. Louis had an impact in the county. “It’s far past time to do something and we’re ready to help.”

Asked after Tuesday’s County Council meeting what type of help the county has offered to provide, Page said, “I won’t characterize it until I’ve met with the mayor and the governor, and I want to let the process work and have this conversation privately before we do it publicly.”

St. Louis has seen a violent year with at least 139 murders through Saturday, including 12 victims age 17 and under. Most of the victims were killed with guns.

The city has asked for the state patrol to help on the interstates, and Parson has said previously he would look for state funding for law enforcement tools such as the ShotSpotter system — a gunshot detection sensor — and security cameras.

Krewson said Tuesday’s meeting involved extensive talks about involving the patrol in the city but she said details on that “collaboration” are still being worked out.

Circuit Attorney Kimberly M. Gardner wasn’t invited, Krewson said, because the meeting “was about folks that can bring resources to the table.” The mayor said, however, she spoke earlier with Gardner about how “we might work together” on prosecuting tickets issued by the patrol in the city

However, County Prosecutor Wesley Bell’s top aide, Sam Alton, was at the meeting. Steve Conway, Krewson’s chief of staff, said Alton showed up uninvited and was allowed to take part. Alton said Bell’s office was asked to be there but he didn’t say who issued the invitation.

In a related move, a spokeswoman for Aldermanic President Lewis Reed said Tuesday that Reed would introduce a bill at Friday’s aldermanic session to appropriate an additional $8 million for the Cure Violence program planned by the city. That would be in addition to $500,000 in this year’s city budget.

Also Tuesday, Democrats in the Missouri House introduced 16 measures they said would help ease gun violence, ranging from a ban on assault weapons sales for people younger than 21 to a “red flag” law that would allow courts to temporarily confiscate firearms from people at risk of harming themselves or others. Another proposal, which Krewson has asked Parson to support, would allow cities such as St. Louis to require concealed carry permits.

Democrats introduced the measures during a special legislative session dealing with a car sales tax issue. The gun bills stand little chance of passing, but Democrats proposed bills as a way to draw contrast with Republicans, who control both legislative chambers and the governor’s office.

“I don’t understand why something that can be handled in January session is being brought up as a special session right now,” Rep. Deb Lavender, D-Kirkwood, said of the car sales issue.

She said gun violence and glitches affecting the state’s Medicaid re-enrollment system should be top of mind. “How those topics, those issues, don’t rise to the top is just dumbfounding,” she said.

The Missouri Supreme Court ruled in June individuals and businesses could not use the trade-in value of multiple vehicles to reduce sales tax owed on a new vehicle. Parson wants to clarify state law to allow multiple trade-in credits. Republicans on Monday defended the special session, saying the Department of Revenue and consumers needed clarity.

See where crimes were reported in Crestwood, Des Peres, Overland and other county towns

Maps of crime reports have been added for Crestwood, Des Peres and Overland. Other areas have maps or data updated for July's reported crimes.

‘You really need to be as comprehensive as possible.’

The governor says about 25 state employees, most of them Highway Patrol troopers, will help local police and federal law enforcement agencies combat violent crime in the city and St. Louis County.