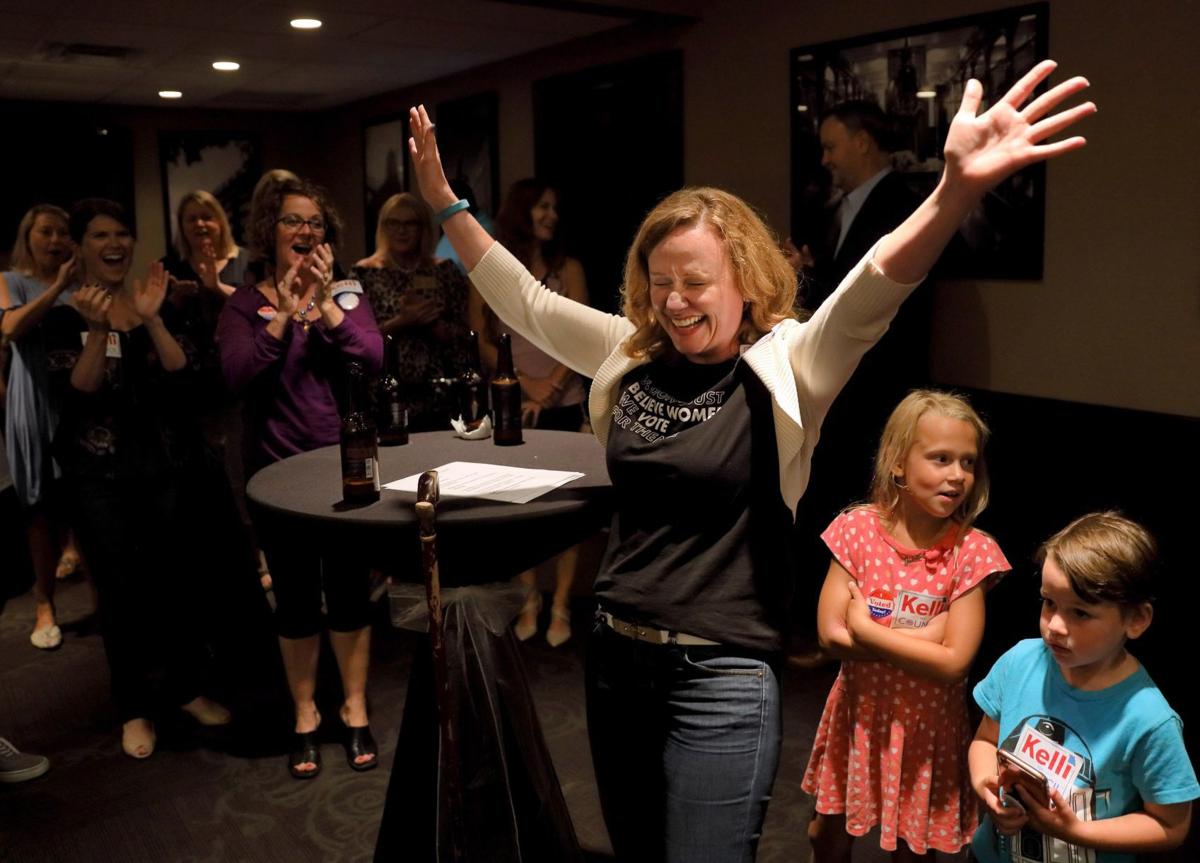 "We officially have won" announces Kelli Dunaway to a room full of supporters during her election night party at Syberg's in Maryland Heights after all the votes were counted and she was elected to the District 2 seat on the St. Louis County Council on Tuesday, Aug. 6, 2019. Pictured with Dunaway are her children Bella Trachtman, 7, and Liam Trachtman, 5.  Photo by David Carson, dcarson@post-dispatch.com 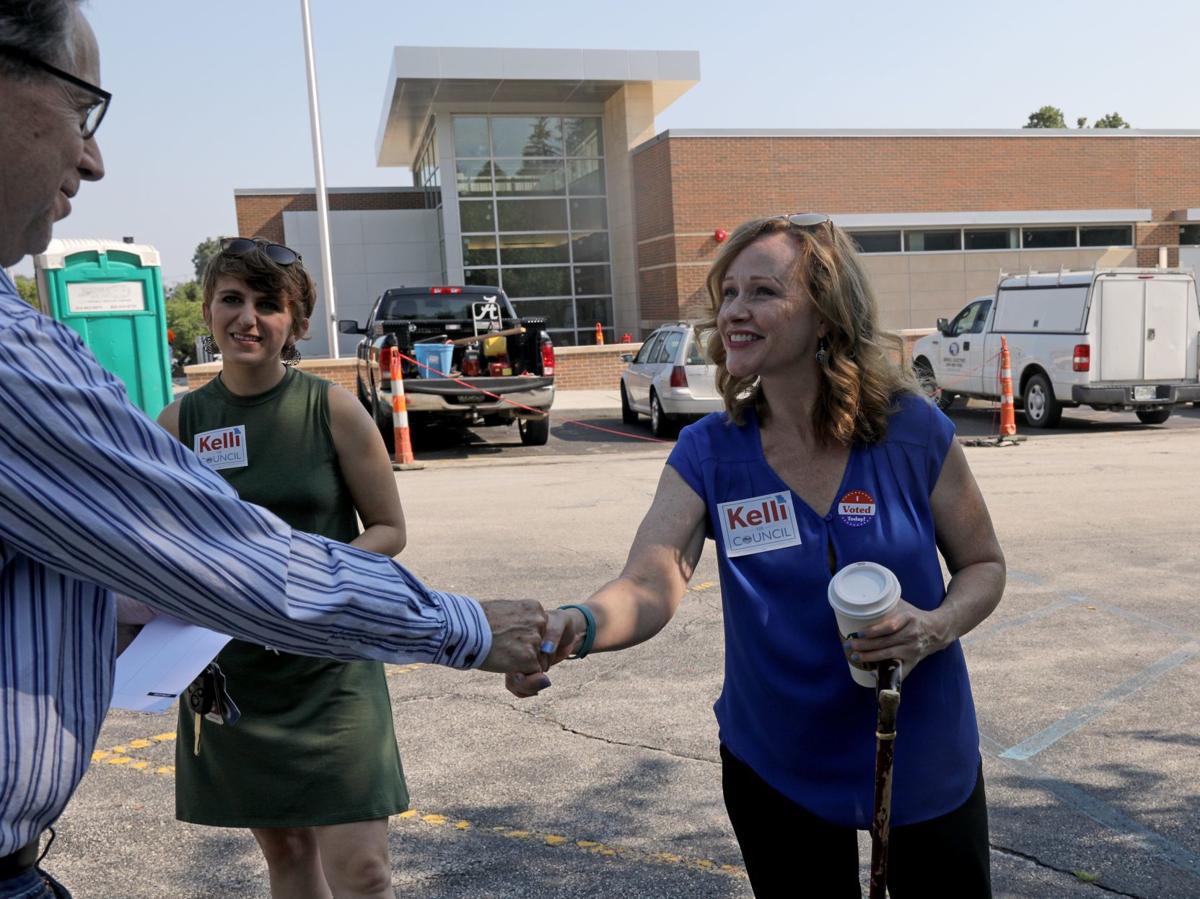 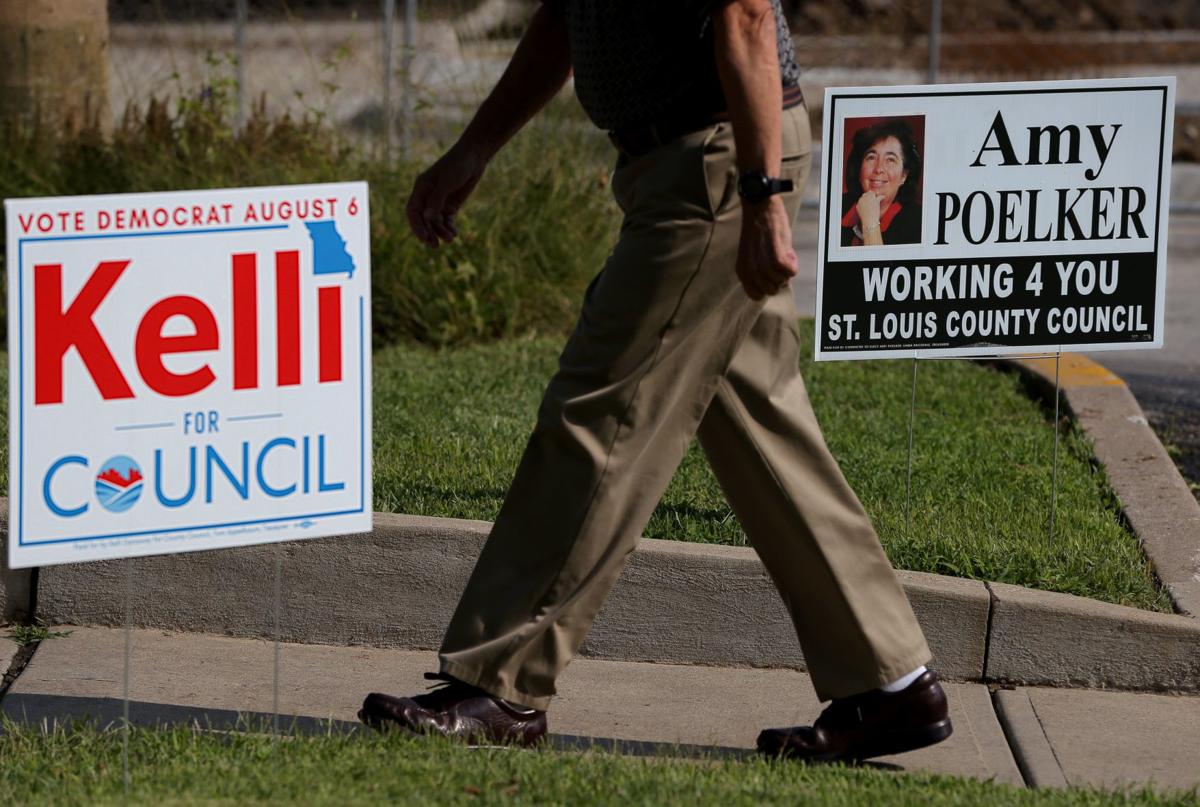 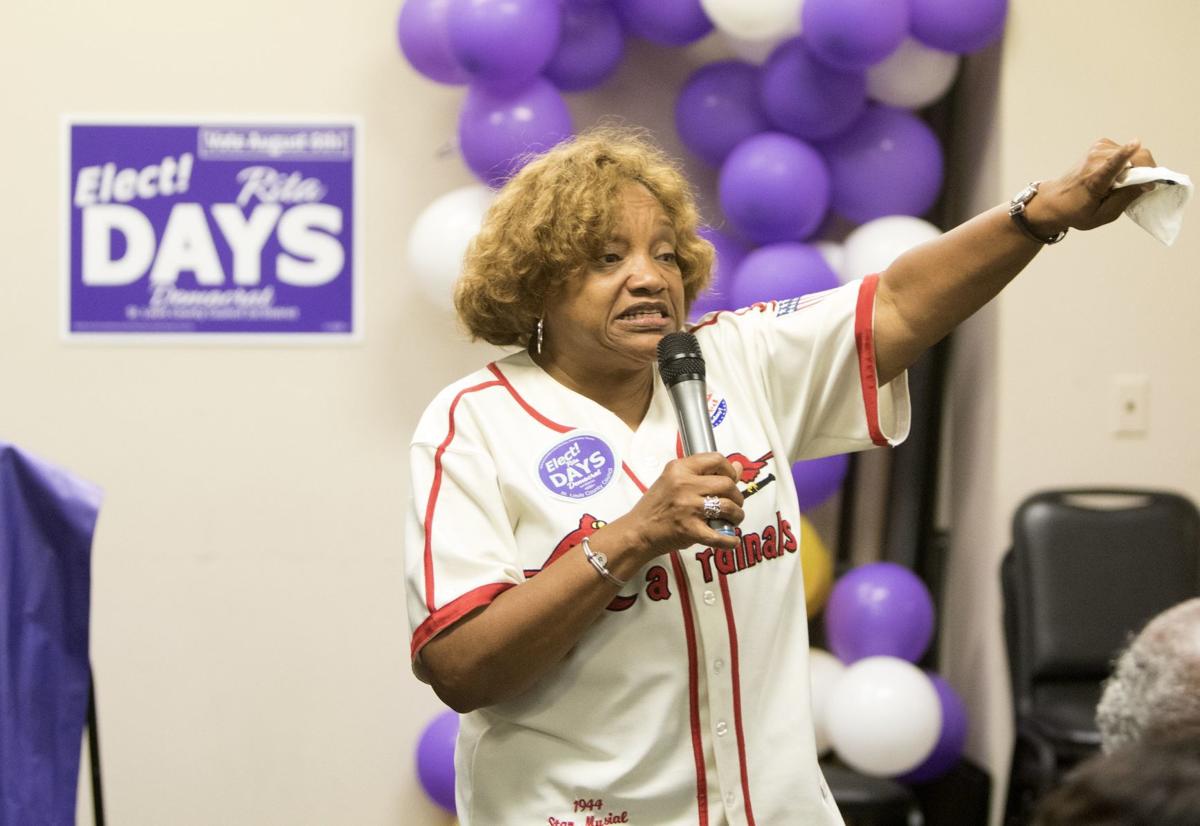 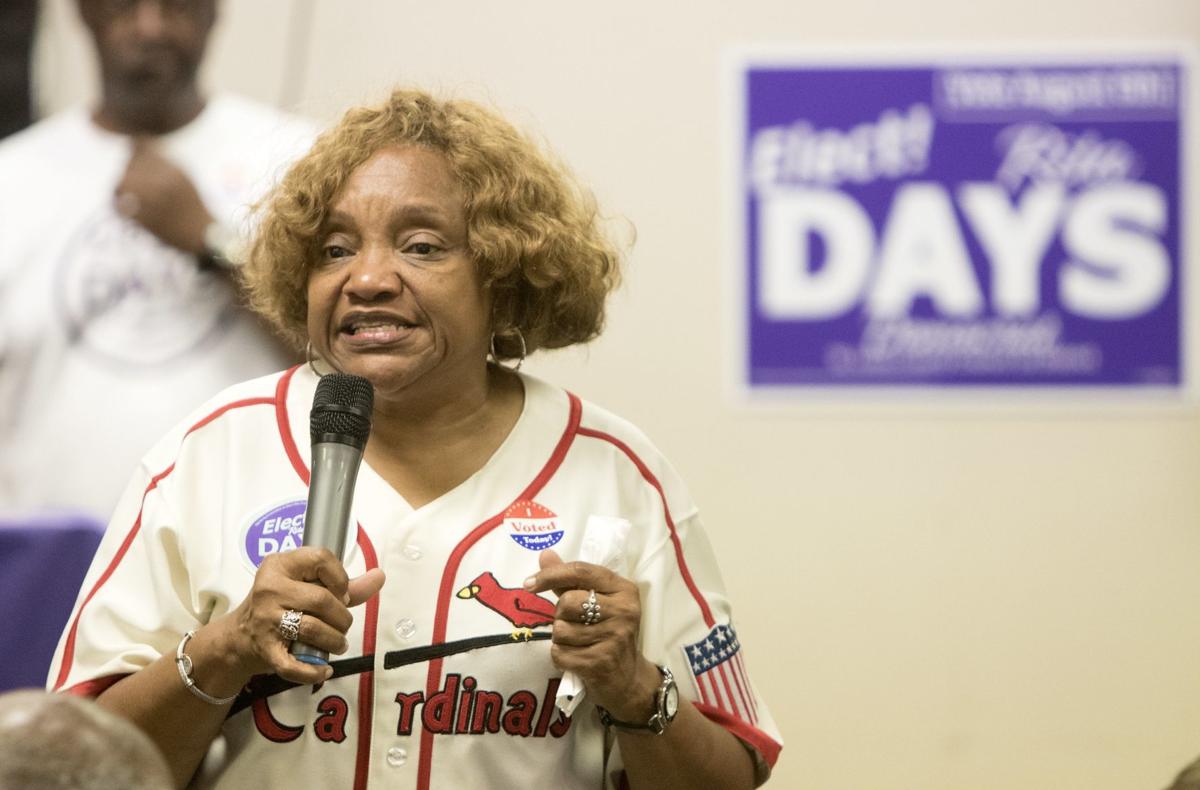 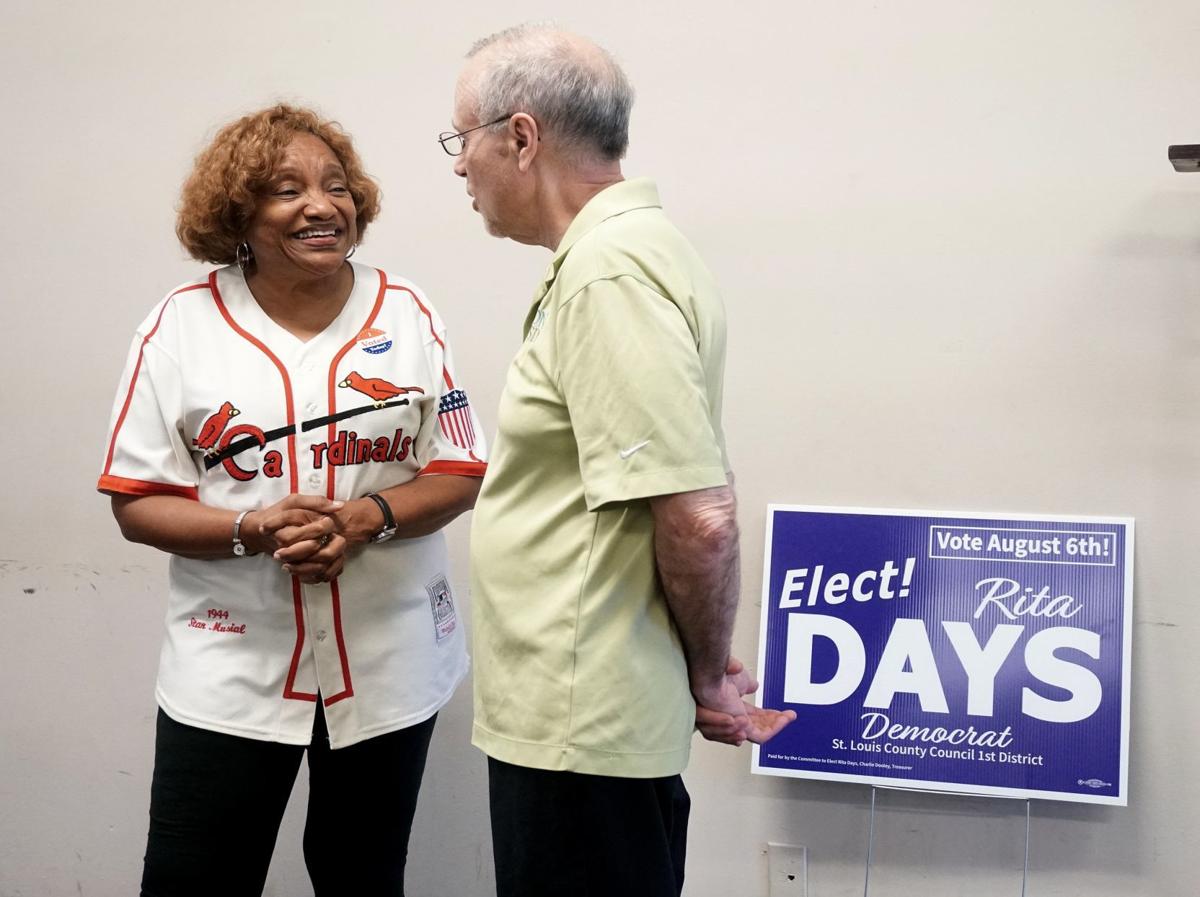 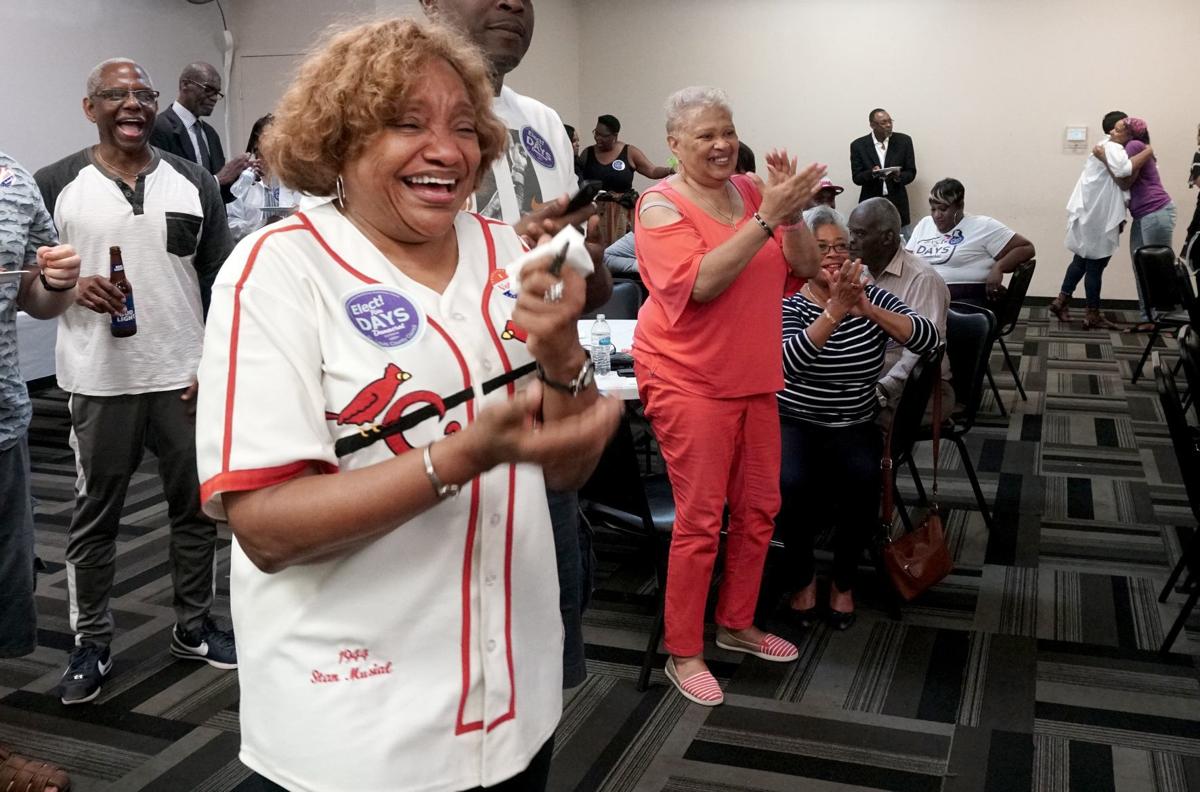 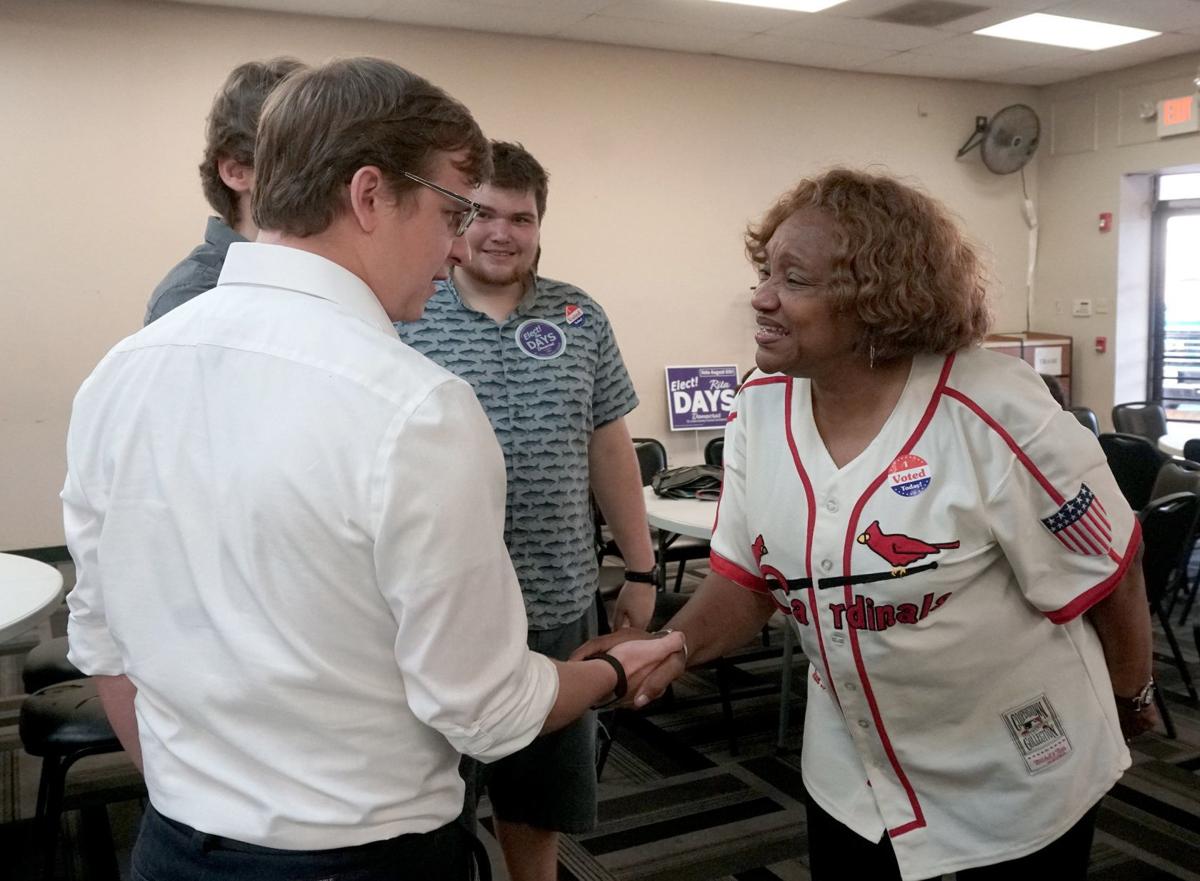 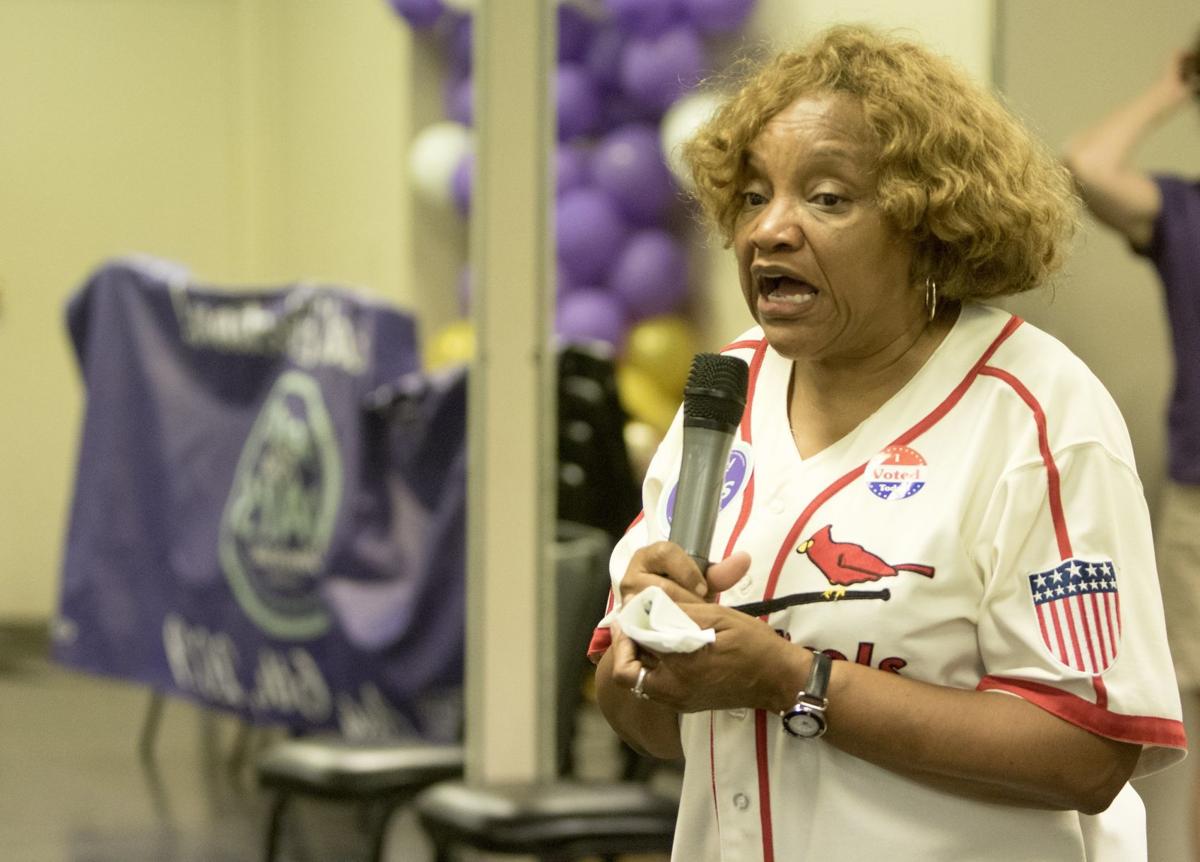 But property tax boosts sought by the Lincoln County Ambulance District and the Warrenton School District were rejected.

Final unofficial returns showed Days, a former state senator and representative from Bel-Nor, rolling up more than 84% of the vote in defeating Republican Sarah Davoli of University City in the heavily Democratic 1st District.

Dunaway, a lawyer and Democratic activist from Chesterfield, was backed by almost 60% of voters against Republican Amy Poelker, a St. Ann alderman, in the 2nd District.

Libertarians Nick Kasoff of Ferguson and Jim Higgins, who lives near Creve Coeur, finished far behind in the 1st and 2nd, respectively.

The special council elections were held to fill vacancies that developed when Democrat Sam Page resigned to become county executive and Democrat Hazel Erby quit to accept Page's appointment to a job in his administration.

Page, the 2nd District councilman, was picked by the council to succeed former County Executive Steve Stenger following his indictment and resignation. Erby, who had represented the 1st District, became director of diversity, equity and inclusion.

Republicans have held a 3-2 edge on the council in the interim, their first control since 2006.

With Days' and Dunaway's wins Tuesday, Democrats will again have the 4-3 edge they had earlier this year before the resignations of Page and Erby.

However, in recent years party politics didn't come into play much on the council as Democratic and GOP members worked together to fight Stenger, a Democrat.  It remains to be seen whether that degree of cooperation will continue with Stenger gone.

Women also will soon have a 4-3 majority on the council, although this won't be the first time for that.

Dunaway, in a telephone interview Tuesday night, said she in her campaign had promised to "help restore honor and integrity to county government."

Regarding her campaign, she said "we worked super hard, raised a lot of money and worked hard to find and get out voters" likely to vote for her.

Poelker, who lost to Page in 2016, had said she was running because she believed Dunaway favored merging St. Louis County and St. Louis. Dunaway denied taking a position on the failed Better Together plan aimed at doing that.

This was the second time in recent years Dunaway has sought elective office. She announced her candidacy for the Democratic nomination for the 2nd District U.S. House seat in 2018 but eventually got out of that race.

Days, the 1st District winner, could not be reached for comment Tuesday night.

In Festus, the sales tax boost will allow the city to hire three new firefighters and a full-time fire chief and increase police salaries in a bid to keep officers from leaving for other departments.

Final returns showed the measure was approved by more than 67% of voters. Only a simple majority was needed.

It was the latest in a string of St. Louis area communities in recent years to boost their taxes to aid local law enforcement.

The Wright City measure, which was backed by more than 54% of voters, will save the jobs of six full-time firefighters who had faced layoffs. A 2016 federal grant that paid their salaries ran out in February, and the district since then has used a reserve fund to pay them.

The Lincoln County proposal, an increase in the countywide property tax rate of 35 cents per $100 assessed valuation, was aimed at helping the ambulance agency deal with a rapidly increasing population and a jump in calls for service.

Plans called for adding three ambulances, 18 paramedics and four ambulance bases over the next five years. But more than 72% of voters across the county said "no" to the proposal.

Other staffers in the district, formally known as Warren County R-III, also would get pay increases. More than 55% of voters cast ballots against the plan.

• Voters in Westwood in St. Louis County gave village leaders the go-ahead to impose an annual fee of as much as $50 per home to fund an insurance plan for lateral sewer repairs.

• Susan Bradley Buse was elected without opposition to a Clayton aldermanic vacancy. She is a former Clayton School Board member.

• Continuation of the Central West End Southeast Special Business District and its property taxing authority was leading in partial returns in St. Louis.

• The Lincoln County town of Elsberry passed a proposition to make the city collector an appointed job instead of one elected.

Tucker Carlson tried to question Tammy Duckworth's patriotism on his broadcast on Monday.

The proposition also calls for "approval voting," in which residents cast a vote for as many candidates for an office as they want in the primary, then the two top finishers advance to a general-election runoff.

The total exceeds hauls by the last Democrat to challenge Wagner.

As Missouri’s COVID-19 testing ramps up, companies struggle to pump out timely results

People are waiting a week or more to find out if they have tested positive for the coronavirus.

The power line would transmit electricity from Kansas to Indiana.

"We officially have won" announces Kelli Dunaway to a room full of supporters during her election night party at Syberg's in Maryland Heights after all the votes were counted and she was elected to the District 2 seat on the St. Louis County Council on Tuesday, Aug. 6, 2019. Pictured with Dunaway are her children Bella Trachtman, 7, and Liam Trachtman, 5.  Photo by David Carson, dcarson@post-dispatch.com 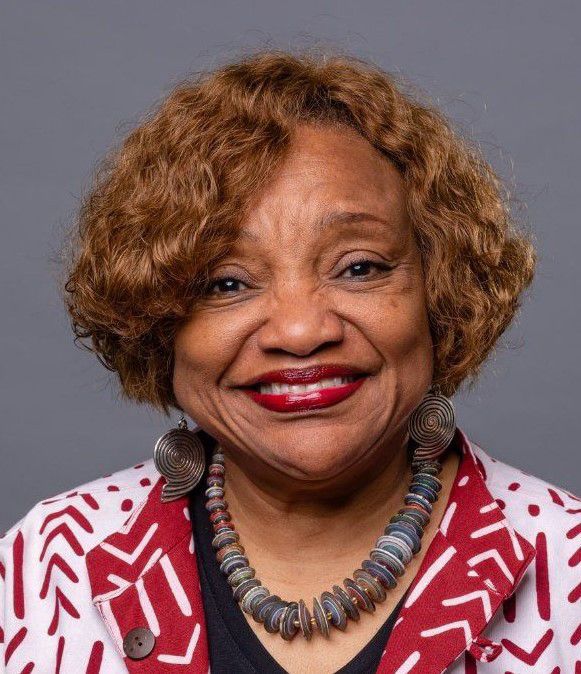 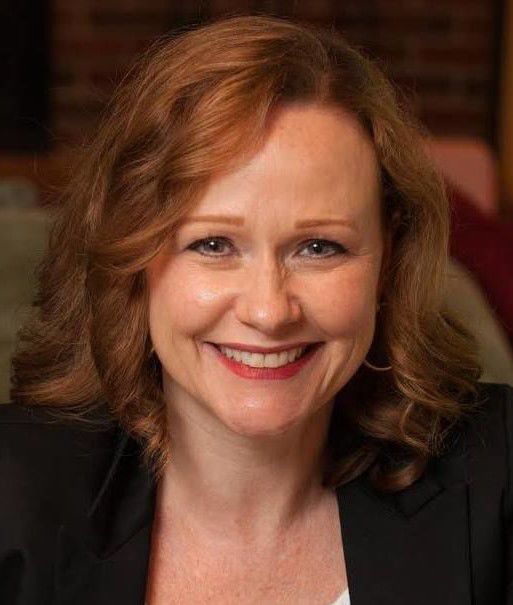