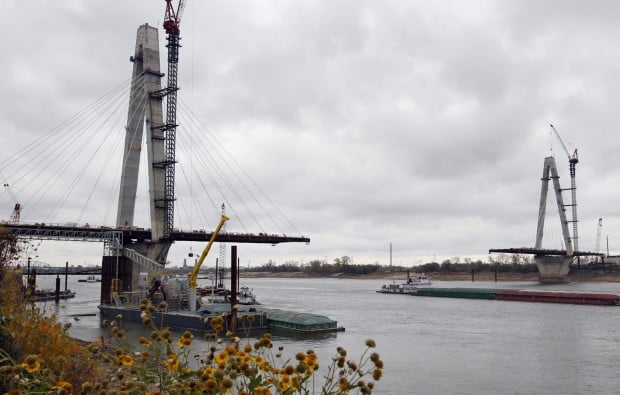 The two sections of driving deck of the new Mississippi River bridge north of downtown St. Louis are coming closer together as construction continues on Wednesday, Nov. 7, 2012. Crews are closing the gap by about 160 feet each month. Photo by J.B. Forbes jforbes@post-dispatch.com 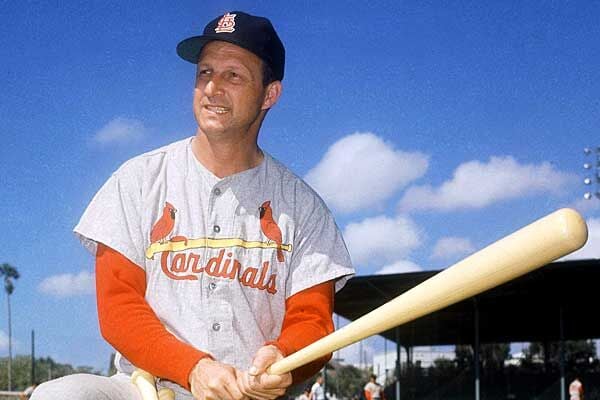 The Missouri Senate has given first-round approval to legislation that aims to name the new I-70 Mississippi River bridge for famed Cardinal Stan Musial.

“Bridges, at the heart of it, they connect people, they bring them together, and I think that’s a fitting tribute for ‘Stan the Man’ Musial,” said Sen. Eric Schmitt, a Republican from Glendale who is sponsoring the legislation.

Musial, 92, died Jan. 19 at his home in Ladue. Shortly thereafter, a movement grew to name the bridge after the seven-time National League batting champion. The bridge is expected to open next year.

The naming effort needs approval from both the Missouri Legislature and Illinois Legislature.

In Missouri, the effort needs another vote in the Senate and approval from the House.

The Senate proposal was amended today to also name a portion of the highway for Andy Gammon, a carpenter who was died in an accident while working on the bridge last year. Supporters of Gammon had pushed for the bridge to be named in his honor. Sen. Gary Romine, a Republican from Farmington who originally made the proposal in a separate bill, said attaching it to the Musial legislation would help speed up the process.

Editor's note: The story has been updated to reflect that the new I-70 bridge will cross the Mississippi River.

'Stan the Span' no ho-hum name for new bridge at St. Louis

Only two of 10 current Mississippi River crossings are named for people from here.

New Mississippi River bridge could be named for Musial

Potential impediments to the Stan appear to be melting away.

U.S. senators will press to attach Musial name to bridge

The two sections of driving deck of the new Mississippi River bridge north of downtown St. Louis are coming closer together as construction continues on Wednesday, Nov. 7, 2012. Crews are closing the gap by about 160 feet each month. Photo by J.B. Forbes jforbes@post-dispatch.com