ST. LOUIS — A federal appeals court panel on Wednesday blocked Missouri from enforcing a sweeping state abortion law that bans the procedures at or after eight weeks of pregnancy.

A three-judge panel of the 8th U.S. Circuit Court of Appeals in St. Louis heard arguments in September in the legal battle over the 2019 law. The measure also would prohibit a woman from having an abortion because the fetus has Down syndrome.

Yamelsie Rodríguez, president and CEO of Reproductive Health Services of Planned Parenthood of the St. Louis Region, called the ruling “a critical victory for Missourians.”

“For now, we celebrate our continued ability to provide safe, legal abortion at the last remaining clinic in Missouri,” Rodriguez said in a statement.

Republican Attorney General Eric Schmitt said in a statement that his son Stephen, who has a rare genetic condition, autism and epilepsy, “has shown me the inherent beauty and dignity in all life, especially those with special needs. While we’re disappointed in the 8th Circuit’s decision, their decision does provide an avenue for this case to be heard by the Supreme Court, and we plan to seek review in the Supreme Court.”

The lawsuit was filed by Reproductive Health Services, which operates the St. Louis abortion clinic, and the American Civil Liberties Union. A federal judge had blocked the law while the legal challenge plays out, prompting the state’s appeal to the 8th Circuit.

U.S. District Judge Howard Sachs said at the time of his ruling last year that Planned Parenthood and the ACLU would likely succeed in their lawsuit alleging that the law is unconstitutional. Similar laws have been struck down in North Dakota and Iowa.

Most of the discussion at the hearing in September centered around the provision banning abortions because the fetus is diagnosed with Down syndrome. Missouri Solicitor General John Sauer cited an “epidemic of abortions targeting children with Down syndrome for elimination solely because of their disability.”

Planned Parenthood attorney Claudia Hammerman argued at the time that four decades of Supreme Court precedent “make it clear that this is unconstitutional.” She said doctors won’t take the risk of losing their medical license for aborting a fetus with Down syndrome, regardless of whether the condition was the reason the woman sought the procedure.

Several states in 2021 have approved legislation seeking to prohibit abortions based solely on a prenatal diagnosis of Down syndrome. Governors in Arizona and South Dakota recently signed such bills into law, and similar measures are pending in North Carolina and Texas. Meanwhile, a federal appellate court said Ohio could begin to implement a 2017 law that has been on hold.

Missouri also is among several conservative states in recent years that have passed abortion restrictions in hopes that the increasingly conservative Supreme Court will eventually overturn Roe v. Wade, the 1973 decision that established a nationwide right to abortion.

Last month, the Supreme Court voted 6-3 to take on a case about whether states can ban abortions before a fetus can survive outside the womb. Experts say the case could dramatically alter nearly 50 years of rulings on abortion rights. Three justices appointed by former President Donald Trump were part of a conservative majority in agreeing to hear the case. 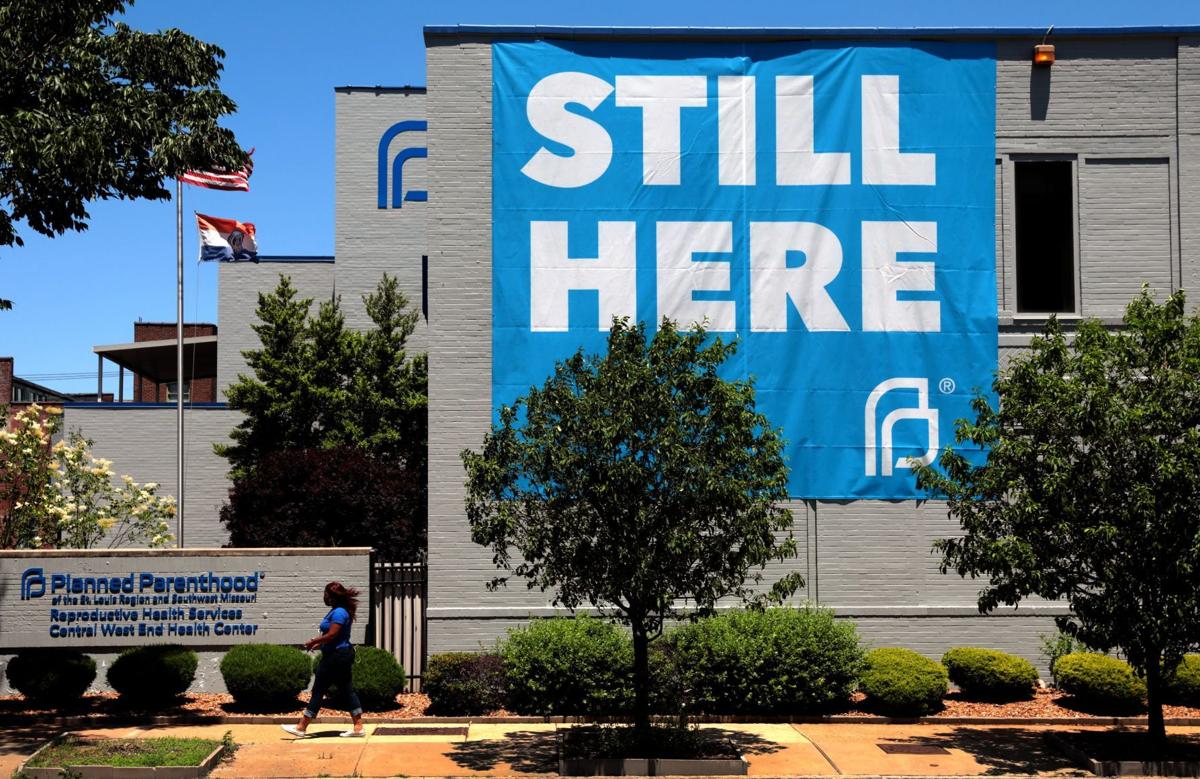 A banner hangs on the side of the Planned Parenthood of St. Louis building after a state judge ruled against an attempt by the Gov. Mike Parson administration to shut down the lone abortion clinic in Missouri. 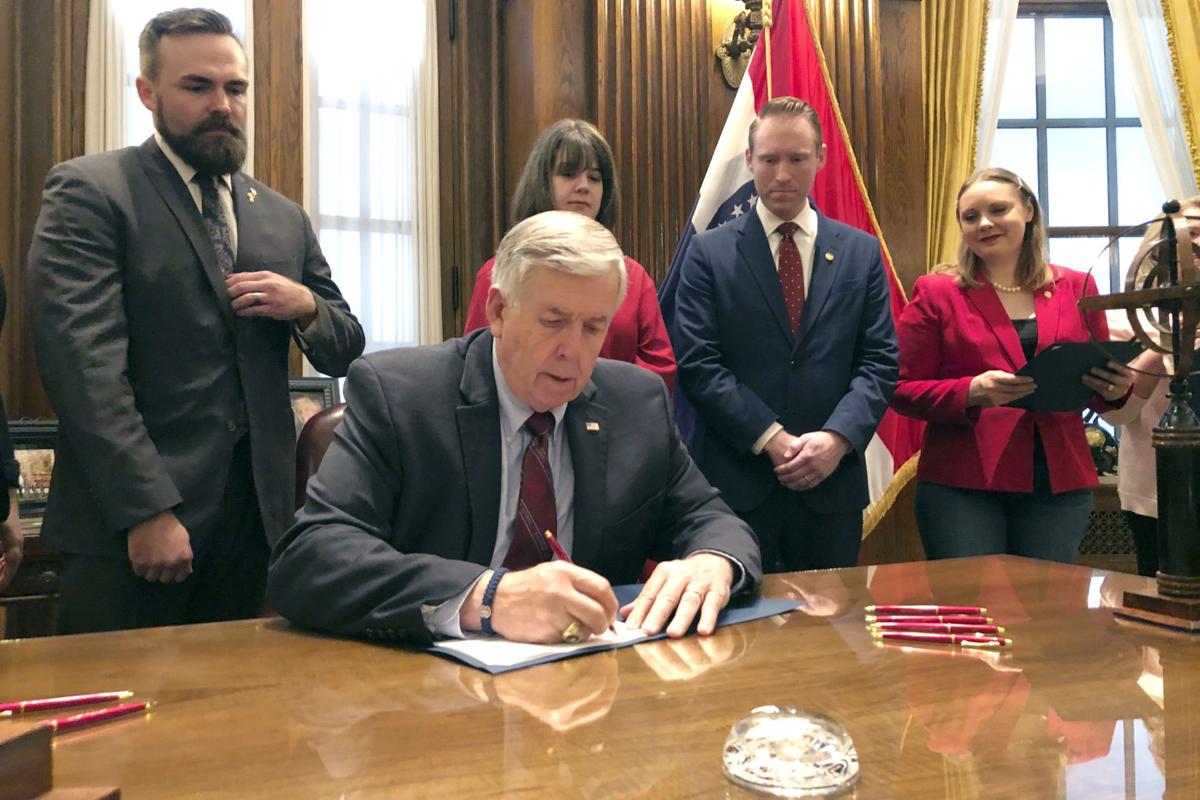 In a May 24, 2019, file photo, Missouri Gov. Mike Parson signs one of the nation’s most restrictive abortion bills, banning the procedure on or beyond eight weeks of pregnancy, in Jefferson City. A federal appeals court panel on Wednesday, June 9, 2021, blocked Missouri from enforcing the sweeping state abortion law. A three-judge panel of the 8th U.S. Circuit Court of Appeals in St. Louis heard arguments in September in the legal battle over the 2019 law. (AP Photo/Summer Balentine, File)