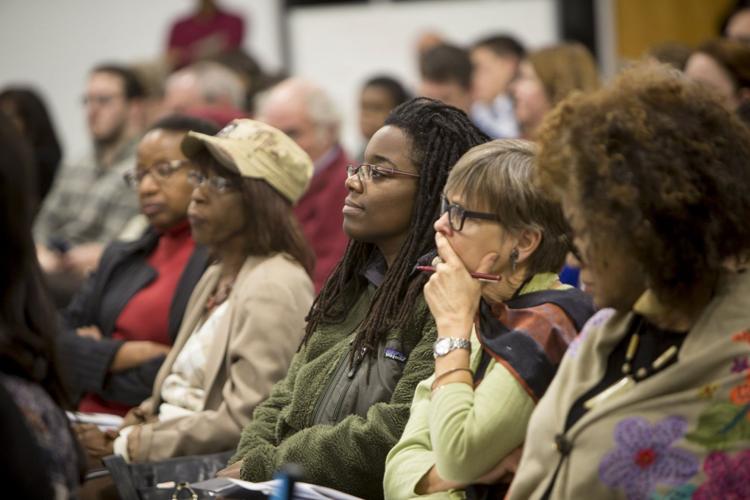 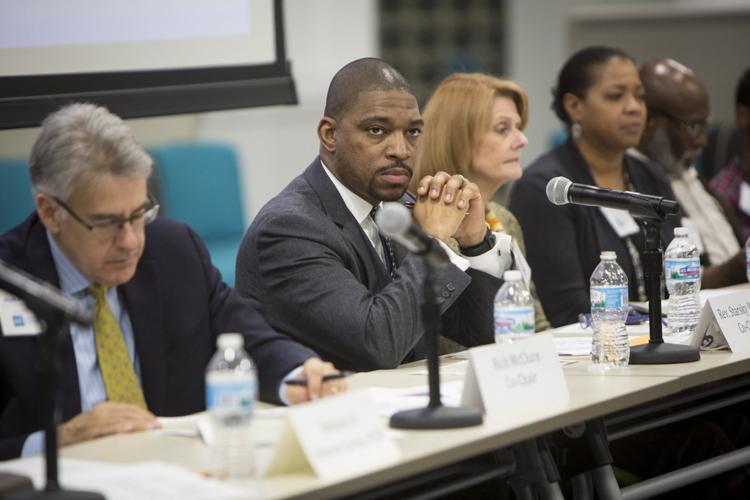 The Rev. Starchy Wilson (center) and other members of the Ferguson Commission meet for the last time Monday, Dec, 7, 2015, at the LaunchCode Mentor Center in the Nathaniel J. "Nat" Rivers State Office Building at 4811 Delmar Blvd. Photo by Jerry Naunheim Jr. 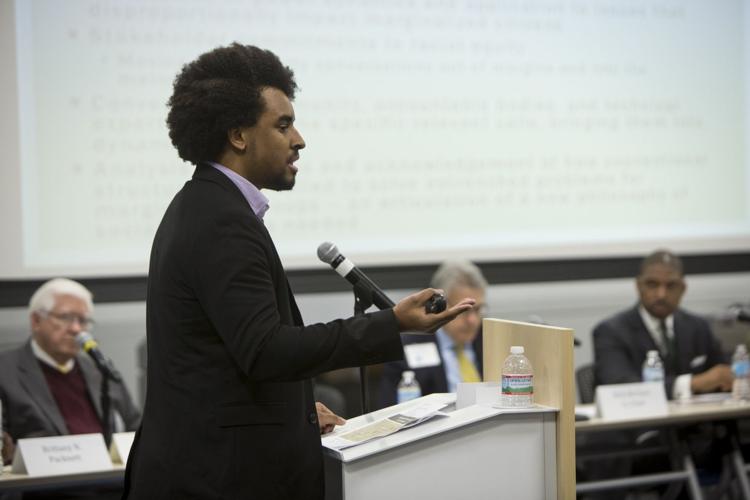 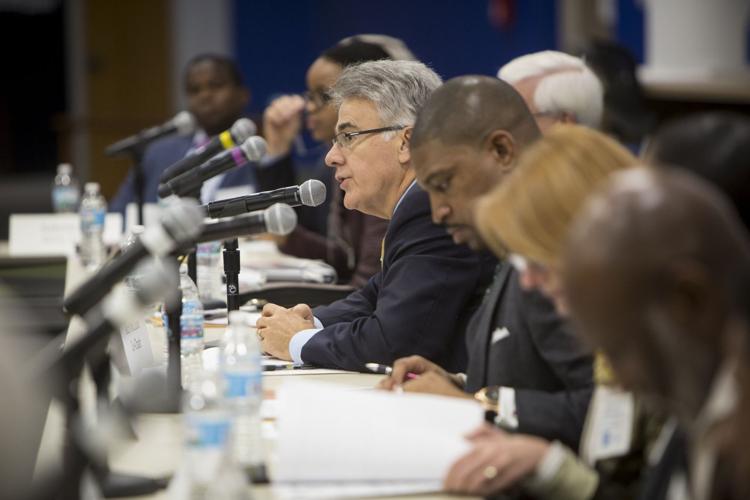 ST. LOUIS • The Ferguson Commission agreed Monday to hand off the work of promoting its call for social change to a regional public-policy foundation.

The commission also rejected a bid to remove the name “Ferguson” from the continuing effort.

Gov. Jay Nixon appointed its 16 members in November 2014 to examine social issues arising from the fatal shooting of Michael Brown by a Ferguson police officer and the protests and violence it unleashed. On Sept. 14, the commission released a 198-page report listing 47 recommendations, from consolidating suburban municipal courts to ending high-interest “predatory” lending.

At its first two meetings in December 2014, angry residents shouted at the commissioners and loudly booed St. Louis police Chief Sam Dotson. Monday’s meeting, their 19th, was tame by comparison, with only a few comments from the audience of about 100 people.

The session was billed as its “final scheduled meeting,” and the commission is to wrap up work by Dec. 31. Members voted unanimously to empower its co-chairs, the Rev. Starsky Wilson and Rich McClure, to negotiate a contract with FOCUS St. Louis to pursue their recommendations.

FOCUS, based in the Old Post Office downtown, is a policy foundation that sponsors leadership-training programs and other civic-betterment efforts. FOCUS leaders outlined a general plan, but no budget or specifics were agreed upon. Several commission members expressed interest in working informally with FOCUS in the future.

“This is a first step of what, for the region, will be a long, hard journey,” McClure said. “The region needs to come together and take ownership of this work.”

Citing thousands of “hits” upon the commission’s website, Wilson said, “It is clear that the community is paying attention.”

The only disagreement at the meeting was over the name for the continuing effort, using as a road map the commission’s report called “Forward through Ferguson.” Commissioner T.R. Carr, a former mayor of Hazelwood, recommended striking the word “Ferguson” and giving it a regional name.

Carr said the social issues raised “are bigger than one city of 21,000 people.” But Rasheen Aldridge Jr., the commission’s youngest member, said, “It’s like taking away the word ‘Selma.’ It’s history. We have to own it.”

Only a few people took to the microphone to speak to commission members. Tom Charboneau of Vinita Park said he hoped the report “will spark an epiphany of collective consciousness.” Gerald Higginbotham, vice president of a group called Descendants of American Slaves, said, “We are still dealing with an aftermath of slavery that has never been addressed.”

Brown, 18, was shot to death in an encounter with former Ferguson police Officer Darren Wilson on Aug. 9, 2014, at the Canfield Green apartments. His death touched off weeks of protests and occasional violence, including looting and arson.

A year after post-grand jury riots, a commitment to action

The Rev. Starchy Wilson (center) and other members of the Ferguson Commission meet for the last time Monday, Dec, 7, 2015, at the LaunchCode Mentor Center in the Nathaniel J. "Nat" Rivers State Office Building at 4811 Delmar Blvd. Photo by Jerry Naunheim Jr.